Tackling issues with hardcore platformers - how it's possible to make them beatable by newbies without alienating hardcore players.
Alex Rose
Blogger
June 26, 2015

So, I just unleashed my heartwarming ursine death simulator onto Steam Greenlight. 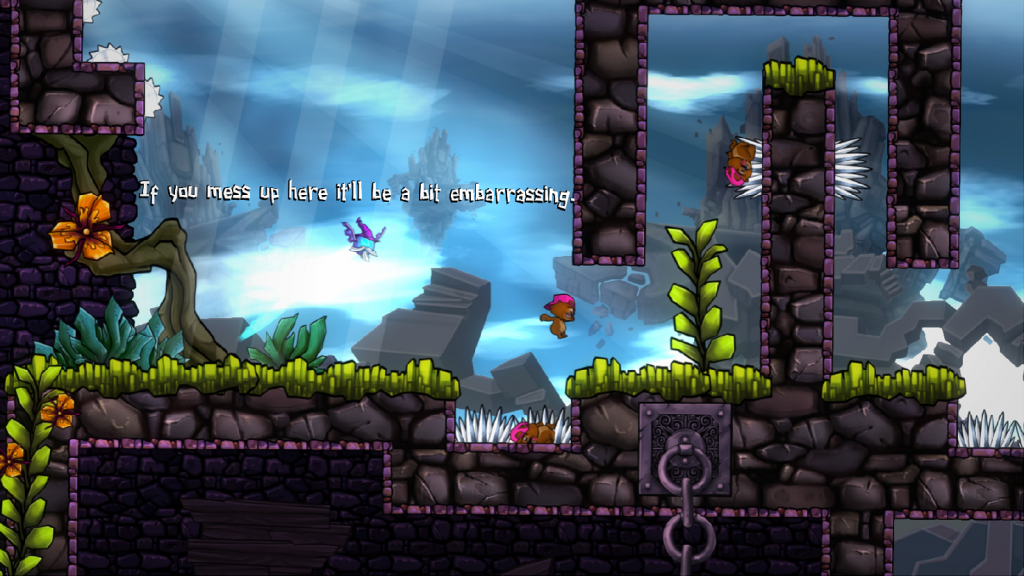 A year and a half ago, I entered Ludum Dare 28 with Rude Bear Resurrection, and to my complete astonishment, I won the innovation category. It was a simple idea - whenever you died, you left a corpse behind that anyone else in the world could stand on, and you left a death message people could read.

The jam version was cool, but it wasn’t scalable without having to write an absolute tonne of netcode, and it was really "jam interesting" but the gimmick would wear off. I started thinking about doing procedurally generated worlds, but I didn't want a project that'd take years.

A few months later, I threw together an acceptable build of the game in 2 weeks for an event. It had to be offline because we had no internet connection - but it went down spectacularly nonetheless. The thing that astonished me was – people were telling me how amazing it felt straight away. It was rough so people understood a lot needed doing, but I was told “Don’t change the engine at all, it’s perfect”, and that it was better than even Meat Boy’s engine. I took this with a massive pinch of salt as you must do at events - you're always bound to get over-the-top compliments at events. It definitely still needed some tweaks, but at least people were responding extremely positively. 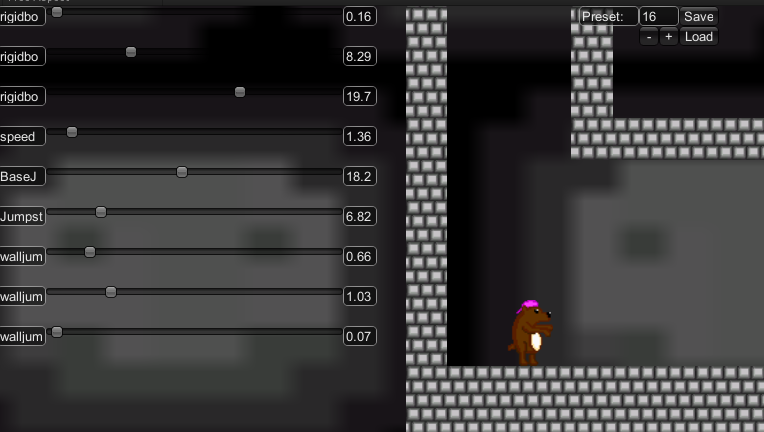 The funny thing to me was that the jam version of the game controlled horrifically badly, but the final physics used the exact same code – I just added sliders in to determine the optimal values. After tweaking them all for hours I landed on something perfect. I stayed away from conventional platforming techniques - I did Physics at uni and specialised in Dynamics, so I just started by making realistic physics and then bastardised it until it was fun. I never thought about how sitting Mechanics exams might actually help one day.

The other half  of making a good controller though is knowing what a good controller should feel like, to get the values right. Despite people comparing it to Meat Boy, I never aspired to make a Meat Boy-like. However, SMB took over my life for a couple of months in 2010, to the point where I got 106% game completion. I can’t claim it hasn’t influenced my character controller, because it fundamentally must have changed what I consider good about a character controller, but there’s many changes I made that I thought were vital:

So it ends up controlling very differently to Meat Boy, although you could still describe both as "super tight". Now that I play SRBR all the time though, when I play other games I long for the Rude Bear character controller.

Occasionally people who see my trailers criticise the game for looking Meat Boy-ish. As much as I love SMB, I definitely think that the fact that Meat Boy’s engine is pretty tight shouldn’t stop us from trying to make things that feel better, or drop platforming altogether. I don't believe in genre killers.

At my first event, I learned pretty quickly that sections where you had to kill yourself were awful. They were repetitive, pointless gameplay that just extended the play time arbitrarily for no compelling reason. I made the decision to make sure you never had to die.

But I discovered something very cool about my corpse system.

This was a platformer on the same lines of all the other insane masocore platformers you know, but everyone could beat it. I could make level 1 difficult straight off the bat because the corpses allowed people to pass the levels. And I mean everyone, I mean small kids who couldn’t even make the first jump were beating the game. 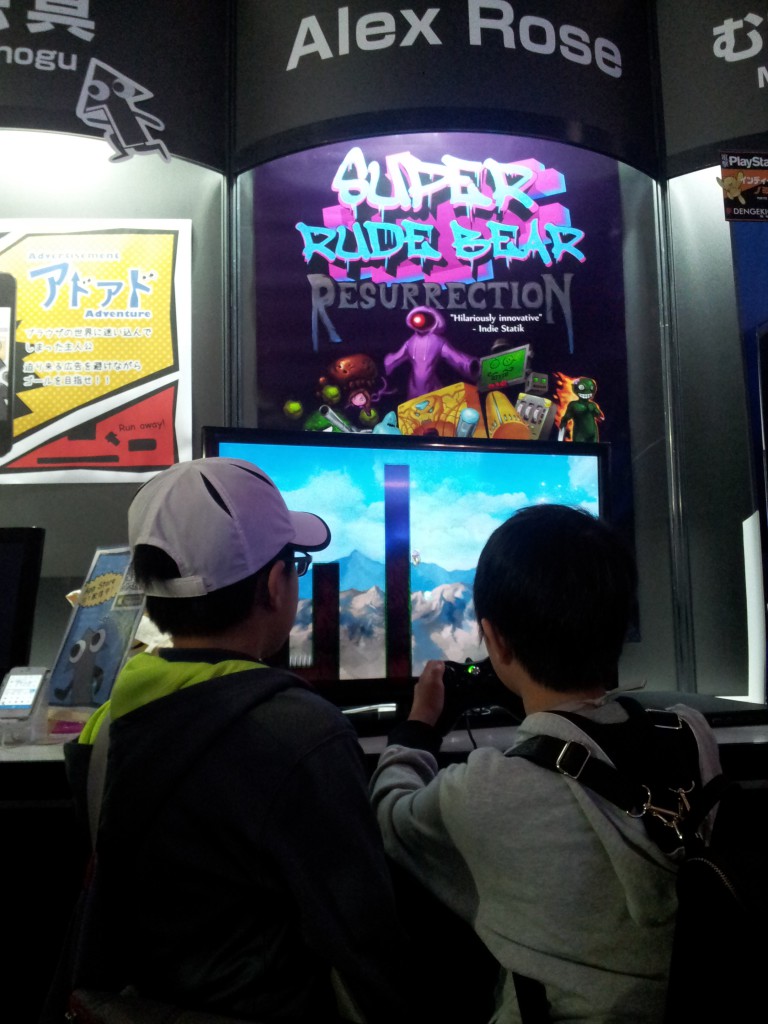 A problem that I never saw with SMB at the time, was that it is too hard for some players. And at the time I thought, “But who cares, they don’t match the target demographic of the game”. But whenever I talk to people who are enthusiastic about Meat Boy, even people wearing the shirts etc, I find a whole bunch of them never got past Hell. I don’t think I know anyone else who completed Cotton Alley. Now, looking back, I see that as a fundamental flaw - that someone could enjoy your game and truly want to complete it but be physically incapable.

And that’s when I realised the value of Rude Bear. It’s a game that anyone can win. It doesn’t matter how bad you are at it. And it’s not tedious, it’s the same process as Meat Boy in which you’re just trying to get ahead and you’re respawning extremely close to where you died (albeit in much larger levels), but you can actually see your progress. I spent literally hours on single 30 second Meat Boy levels before – and I knew I was getting slightly better, but I wasn’t getting further. 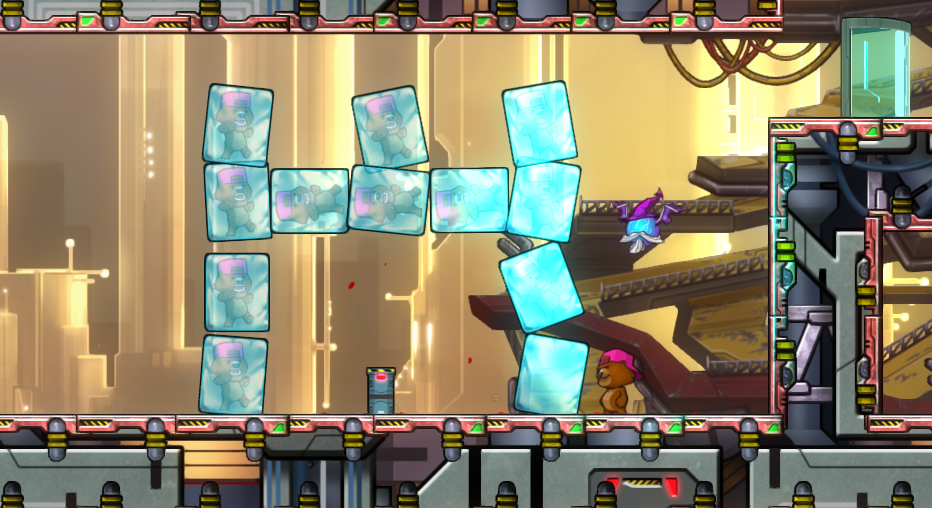 Liquid nitrogen missiles freeze your bodies in midair, which you can use as platforms.

Sometimes I’d even ragequit for the day, knowing that the muscle memory is there but a fresh night’s sleep might bring me to completion the next day.

But is that a good thing – making players who want to play your game have to sleep on it to be able to win?

In SRBR you can physically see yourself get further and further, and stand on your corpses, and you feel you’re making progress. And that makes it ridiculously addictive. It’s a series of super hard but ultimately non-frustrating challenges followed by the great feeling of getting to a new checkpoint. Checkpoints break up the levels, and they end up being 10 minutes long to the average player, rather than having small 20 second levels.

There’s a bigger feel of exploration and figuring stuff out, and there’s a chance to beat stuff through intelligently placing corpses in specific places, sheer willpower, or dexterity. 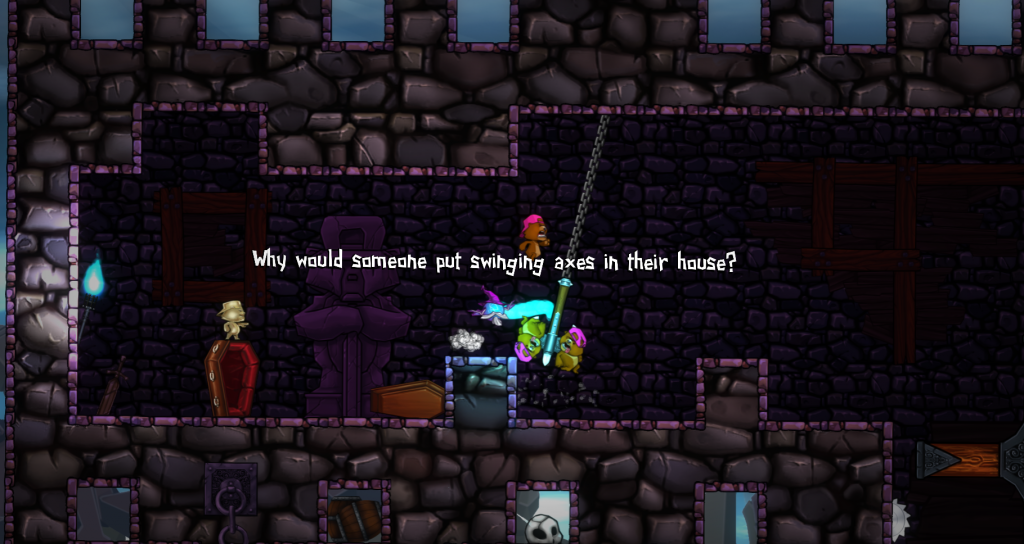 You stick to basic traps like swinging axes, so you can't die in the same place multiple times.

But I’m so glad I stumbled upon this mechanic. Because I make games that are too hard, and it’s hard to make a perfect difficulty curve – I find it hard to make early levels that anyone can beat without making it feel dumbed down and boring for advanced players. But it doesn’t have to be perfect here, because the game makes its own difficulty curve. 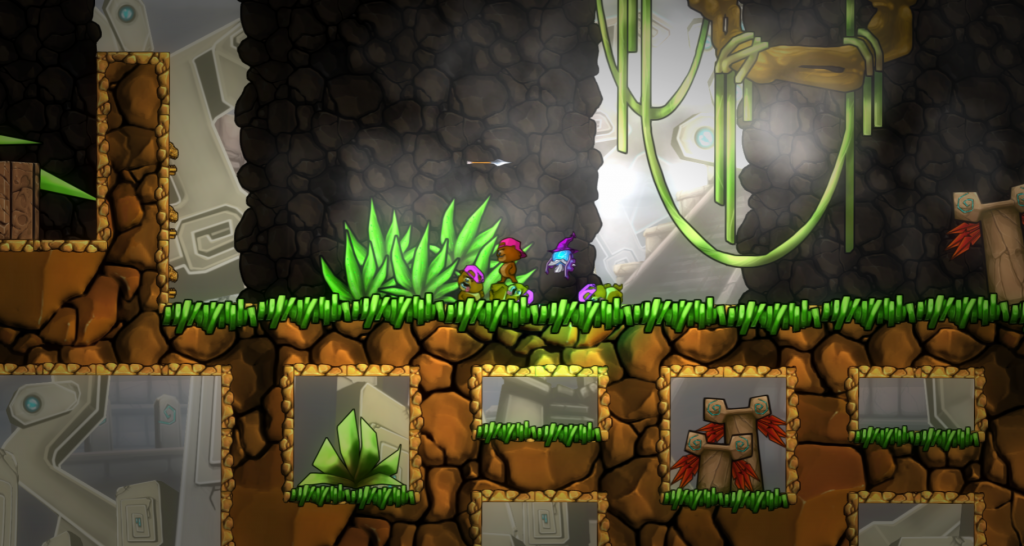 Arrow traps fire low enough that you can stand behind your bodies and push the corpses.

For the advanced player, death is an option. In fact, it’s even disfavoured. The ultimate aim for the hardcore player is to lower your death count on every level to 0. And there’s something more compelling to me about executing a perfect run than beating an arbitrary time limit.

Overall, thinking back, the levels I found most frustrating on SMB were levels in which you had limited lives – I hate punishing the player for dying. To me, dying shouldn’t just be a way to learn, it should allow progress. 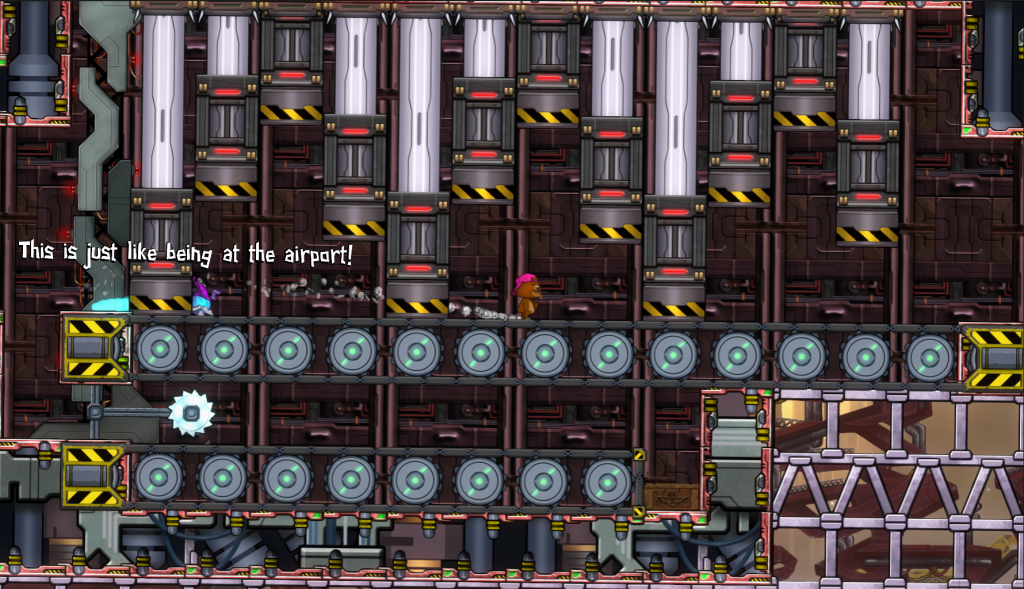 Sometimes the player is offered an alternative route, like placing a corpse on a button to turn traps off.

It's a super cool system that levels the playing field for everyone without detracting from the challenge for skilled players. Unfortunately it's really hard to express in a quick trailer or a few snappy words. This is my best attempt at a trailer so far:

Though it still doesn't do it justice, it's really a "you have to play it to get it" thing.

If you're interested, the Greenlight page is here, and I could really use the votes:

Originally written for my devblog.

Follow me for more news about SRBR and other things: @AlexRoseGames