A look into the depths of Tomb Raider 2 to see how well it holds up
Matthias Zarzecki
Blogger
March 04, 2013

Well no. That was Redline Racer, but that I got for free with the computer, so it doesn't count.

I played it. I devoured it. I found all the secrets, I mastered the even then ridiculous controls, I fell in love with Lara, and I had loads of fun.

There were some corners, however, which I have never explored. Two places where I never ventured. Was I tired? Eager to move on, only to return to these places later? Afraid? Well yes actually, I was quite scared. I was only 10, it was dark, and Tomb Raider 2 had a tendency to insta-kill you often, which made me jump in my chair. So I skipped those passages.

Yesterday I remembered these plans to return. And Replayed parts of the game. I also had the possibility to see how it played more than a decade later. 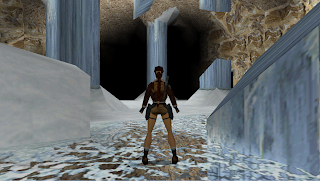 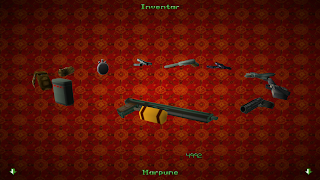 So, on to exploring. I'll cheat my way through most of it (let's face it, I haven't got 20 hours lying around), only planning to stop to explore.

Now this is done, let's continue cheating my way through the levels.

After you lose your weapons in level 5 I make it a priority to retrieve my pistols. Even though I have infinite ammo on all other weapons, it just doesn't feel the same way without them. After I arrive in the deep waters near an old shipwreck, I realize I never explored this place either. I swim around, using my 100+ medpacks as breathing-aid. Turns out there is nothing but a huge invisible wall.

I arrive in the mountains. An avalanche rolls towards me, I jump over it. To the left is a small cave. Inside a tiger tries to maul me (making me jump in my chair). Inside the cave is - ammunition.

First checkpoint complete, on to the next one.

Before I can summon the giant reptile/bird-thing in level 14, I climb down the other side into a big chasm, where I press the usual button. The rest of the chasm I haven't explored. It contains - nothing.

So that concludes my exploration of these places I have never been. And although they have been quite empty, I did get the chance to have some nice, warm, nostalgic feeling, and could marvel at the wonders (and atrocities) of the game design.

You should try it. It's quite a good game, this Tomb Raider 2.

Now that I'm done, I remember some places in Tomb Raider 3 that I haven't explored either. Like some of the caves in the Antarctic(of which I was alo afraid). Or all those levels which had a secondary path, thus leaving an entire level-progression unexpored.

Should I go trough Tomb Raider 3 too, in its entirety, to explore these places?

I did go through Tomb Raider 3 after all! Took me a while longer, so it's in three articles. Part 1, Part 2, Part 3