Psychology in game design. How it affects players and how it can be used to enhance game development

As an assignment for college we were given the task of writing a blog about an aspect of the game design industry. I have an interest in psychology and decided to make a blog about that and how it fits into game design.
Neil Brennan
Blogger
April 27, 2015

Does Playing Video Games Cause Long Term or Short Term Psychological Effects? And How does it affect how Games are made.

As Im sure many of you have heard over the course of your gaming careers people of a concerned nature warning that video games causes violence, can lead to brain loss and cause children to become anti social as opposed to those who play outside. With upcoming rise of videogames and the increased popularity over the years i wonder to myself are these accusations justified and if so what effects can be caused. But also how can developers use psychology as a tool for development and a s a way of engaging the players on a personal and emotional level.

My personal opinion on the matter is that games as a media can have an effect on people emotionally, im sure we can all relate to the hours of trying to defeat that one pesky boss battle only to feel the  disappointment and grief with each failed attempt, until being overcome with joy and self accomplishment when we finally pulled the proverbial thorn from our side. Even though an accomplishment in games doesn't normally offer much in the terms of real life success to the ordinary player, apart from bragging rights when your 5-0 against friends in Tekken, they can still have an emotional grasp on us and at times even direct us to how we act in real life situations.

Emotions themselves are apart of study for a psychologist in order to understand a person mind and how it works you need to understand how they think, how they feel and why they feel the way they do. So if people can have an emotional attachment to games then that itself is proof that games have a psychology influence on us, however this is not a bad thing.

In order to fully understand how and why games have this influence on people i will have to look at how the brain operates and what psychology is in a more general sense. Game designers and developers should have a basic understanding on how the brain works and psychology in order to help them make a game that gives an emotional connection to the players, while not a necessity in game design psychology could be used to make their games more fun, scary or challenging depending on what the developers are trying to accomplish.

How the brain takes in and processes information:

The brain consists of three principal parts – stem, cerebellum and cerebrum, the area of the brain that is most important when speaking in terms of taking in and processing information is the cerebrum. The cerebrum is responsible for sight, hearing, speech, touch, short-term memory, long-term memory, language and reasoning abilities. When a person uses their senses this information is transmitted by synapses along the neural pathway and stored temporarily in short-term memory. At this point the information travels to our “structural core” and is then compared to other memories we have before being stored in our long term memory. However as this information travels some degradation is common, this is why peoples memories are somewhat incomplete. 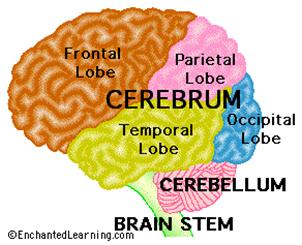 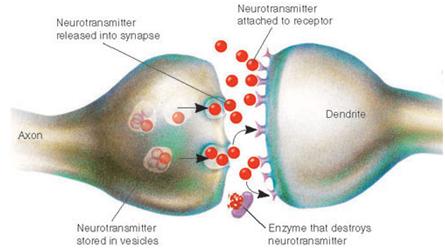 Psychologists are interested in what makes us attend to one thing rather than another (selective attention); why we sometimes switch our attention to something that was previously unattended and how many things we can attend to at the same time (attentional capacity).

The dictionary defines psychology as “the scientific study of the human mind and its functions, especially those affecting behaviour in a given context.” Psychology itself is in basic terms the study of people. Its is still a very new science with the most recent advances only occurring within in the past 150 years. Psychology takes on many areas of study including human development, sports, health, clinical, social behavior and cognitive processes. A psychologist tries to understand what makes us who we are and how situations and circumstance affect our mental and emotional state.

Do Games have Psychological affects on people:

Games as a media are more immersive than most other types of media such as films and books as we don’t have to just sit and watch, we physically engage in the activities it presents us, make decisions when available and  requires more attention and thought. These activities do have an effect on our state of mind when are playing, but what affect does it have and are they good or bad. With games becoming more realistic over the years and the development of new technologies research and studies have been conducted by both psychologist and neuroscientists. These studies have  shown that games influence on the brain shows both positive and negative effects. René Weber and his colleagues asked 13 experienced gamers to play a violent game while undergoing functional magnetic resonance imaging (fMRI) brain scans. The study showed that people who play violent video games become more desensitized to violence and aggression while people who play non-violent video games don’t  (R. Weber, U. Ritterfeld, and K. Mathiak, “Does Playing Violent Video Games Induce Aggression? Empirical Evidence of a Functional Magnetic Resonance Imaging Study,” Media Psychology 8, no. 1 (2006): 39–60.) This study along with others has found a correlation between repeated exposure to violent games and desensitization, as well as increased aggressive behavior in the real world. This conclusion proves that playing violent games can lead to aggressive behaviour however other factors need to be taken into account including the mental state of the players in question. This is most evident in young children whose brains are still in development and as most violent video games reward aggressive behaviour undertaken within the game, this is the reason why these games are given age ratings in order to protect children and their mental development.

Studies have been presented that playing educational games helps with brain development, this study was undertaken in 2002 by the US department of Education. Another neuroscience study has shown that that playing action video games can improve visual attention to the periphery of a computer screen.(C. S. Green and D. Bavelier, “Action Video Game Modifies Visual Selective Attention,” Nature 423 (2003): 534–537.)  Games that require teamwork have shown that the players have an increase in their collaboration skills.

How can Game Designers /  Developers use Psychology to enhance their games?

Psychology in terms of video games is a tool used by many developers to enhance the immersion in their games. It is a subject that does deserve study by developers as without a certain knowledge in psychology developers won't be able to know why people play their games and how they can attract them with it. genres like horror use aspects of sounds and visual stimulus to make the players feel a sense of discomfort and making them feel unsafe without putting the person into any real danger. Games like silent Hill 2 used sounds that people normally never experience to psychologically influence them into believing that they are in danger releasing chemicals in the brain like adrenaline. Silent Hill 2 also used the idea of a fog to limit what the player can see, this affects the player as it is a normal response when limiting one or more senses to put them into a state of distress and paranoia.

Recently the development of psychological horror has become a popular amongst the indie market. While more traditional horror games put players in a situation where they are attacked by monsters and things of supernatural, psychological horror tries to hide the monsters or gives the player limited options when confronted mainly hide or run away. This is done superbly in the game Amnesia: The Dark Descent, which gives the player little options but to hide or run away when confronted by the immediate threat of a monster that the player can't fend off when attacked. When aware that the monster is within the area the player has no option but to hide, the developers used this to psychologically make the player perceive he is helpless and uses the sounds of the monster walking around outside the door of the room the player has taken refuge in making players see themselves as trapped and helpless. This plays of of basic human nature containing to the basic instinct of fight or flight.

Without a basic understanding of human nature and psychology games like this would have less impact on the players and wouldn't have been as successful.

(http://www.develop-online.net/analysis/using-psychology-in-game-design/0117637 - where most of my information was gathered in this section)

When researching how games psychologically influence players i got a more of an appreciation for the use of psychology in general. I do find that if studied and applied correctly developers can achieve more of an emotional connection with the player. Understanding how the human mind works is a great asset to designers as we have an impact on people more so than any other media and if implemented correctly games can be used to better peoples way of thinking, problem solving, interaction with others, but this also double edged sword as games can have negative effects also and it is the responsibility of designer and the player to try and limit these harmful negative effect without compromising the “fun” of the game.

As someone who is new to the game design industry and with limited experience i have never given much thought about psychology and how i can use it to affect players, I'm very fond of horror games and hope to develop my own soon enough. With what i have learned through my research i'm going to give more thought into what ways i can influence the player without him knowing i'm doing it and psychology is an area i need to spend more time researching in order to accomplish this.

In conclusion, games do have an effect on how people think and can be a very powerful tool for positive and negative development of people, especially children, i will need to keep this in mind when i start to design my next game and will use what i found out about psychology to not only make a more enjoyable game and to also develop my skills in game design in general.