Addiction-based games are arguably bigger than ever these days. Why is it such a big problem, and why does no one seem to care?
Keith Burgun
Blogger
August 06, 2015

We tend to think about things that are designed to cultivate addiction with disgust for a very good reason. When we think about casinos, or drug dealers, or pyramid schemes, I think it's reasonable to have a strongly negative reaction; even more so when we think about those who actually end up falling into the chasm - those who get addicted. Addiction is a terrible thing, and those who actively try to bring it on should be - and mostly are - maligned in our society. Our disgusted responses to "the drug dealer" or "the pyramid scheme salesperson" are useful defense mechanisms against something that's actually "offensive"; something that goes on the offense against our well-being and mental health.

But when it comes to digital interactive entertainment software - videogames - that defense mechanism seems like it just isn't there.

I played Fallout Shelter recently, mostly just as an experiment. I knew what it was beforehand - an exploitative skinner box bar-game (the red bar is too low, tap the red bar! The green bar is too low, tap the green bar!). I knew that whatever "depth" was there would be basically solved after a few minutes, given that I have an adult human brain, and all that would compel me to continue playing beyond that point would be a carrot dangled on the end of a stick. My expectation was completely correct.

Why is it that people don't seem to care if they're just being exploited by videogames? Maybe it's the fact that drugs can destroy your health and gambling can destroy your finances, whereas videogames don't typically have a reputation for doing either of those. Instead, addictive videogames are designed to destroy your time.

Why isn't "designed to destroy our time" a negative-enough quality to earn such systems a bad name? How did we get here? To answer this question, I need to dive back into the history of videogames. Specifically, to the world of RPGs.

Falling Out of RPGs

Despite the fact that I grew up with an extensive exposure to RPGs, over the past decade, I've completely quit playing them. I think it was Elder Scrolls IV: Oblivion that was the last one. I liked the third installment, Morrowind, but Oblivion added stuff that annoyed me, like fast-travel, a green arrow that tells you where to go, global leveling, an awful persuasion system, and a lot more (I could go on). Back in 2006, those were the reasons I would give for why I didn't like Oblivion.

But actually, those weren't the problem. Ultimately, as I realized in my recent "Videogames Are Broken Toys" article, these systems really are toys at their heart. They're things you play with, rather than competitively pursue optimization and some goal (unless that's how you want to play with it!), and so who really cares if there's a green arrow telling you where to go? As I'm sure the Bethesda guys would have argued, is it really that much more interesting to walk the bee-line to your next story-node without the green arrow? Ultimately, the green arrow was probably an improvement, all things considered. Same with fast-travel and global leveling.

The point is, contrary to what a lot of enthusiasts will tell you, RPGs have actually just been getting better over time. Sure, they have been stripping away a lot of the fantasy-simulation, story, strategy, toy-like properties, and, well... the actual role-playing that a lot of us really did like in older RPGs such as Ultima, Final Fantasy Tactics or the original Fallout. But that's because, at their core, none of these things are really what drive RPGs anyway.

Regardless of what else is going on, there's no RPG that doesn't have at least some "progress engine" aspect as well. Whether it's leveling up in Final Fantasy, finding rares in Diablo, or uncovering all of the map tiles in Morrowind, there's always a carrot being dangled. They're always just about to get really fun and interesting!

While there are many things to like about RPGs, their true engine - the thing that gets people coming back again and again, finishing them, the thing that usually gets people hooked, is the morphine drip psychological manipulation. And this is what newer RPGs are learning to lean on more and more, with less and less of the other stuff getting in the way of that.

Various elements of RPGs combine to exploit several properties of the human brain at once. In a way, the RPG represents the ultimate culmination of human psychological exploitation software, which explains why, in a desire to make as much money as possible, almost every AAA game now uses RPG mechanics.

RPGs utilize a wide array of techniques to exploit us. The need to gather, which kept us alive through harsh winters and explains interesting human behaviors, from collectors to hoarders. Random reward schedules and our propensity to see patterns in the noise. Some RPGs even have a little bit of seemingly half-decent gameplay, or a seemingly half-decent story which the player can tell themselves is the real reason they're playing.

Wrap all of this up in some of the best interactive presentation the world has seen and you have a thing that is both spectacular enough to turn heads, and hooky enough to keep them there.

So that's all well and good. Year after year, players like how our games present themselves, they're buying them, they're playing them through to the end. The arrangement certainly works for publishers, distributors, developers, and everyone else on that supply chain. Especially now that part of the loop we have people locked in involves in-app purchases!

A question is, does this really work for the players? What does the player really get out of being "hooked"? As someone who has gotten hooked many, many times, I can tell you that while you're hooked, it's fun. You're excited to get back to playing when you're not playing. It's very engaging in a specific way, and for years now I have even missed that kind of engagement.

But there's always a weird malaise that comes after you finish, or walk away from a system that works in this way. There's always a deep feeling of "what the hell am I doing with my time" kicking around somewhere in your brain.

I should note that this is the case for some RPGs more than others. I mentioned above that a lot of RPGs have "seemingly half-decent" story or gameplay. I've written and done videos galore on why something like an RPG can't have great gameplay, or great stories. But in the best cases - perhaps a Fallout (the first game) or Temple of Elemental Evil for gameplay, or a Planescape: Torment for story - you are probably getting some intellectual value out of those aspects. There are other exceptions, too, of course.

But for something like Diablo, or Pokémon, systems which are the grinding-and-nothing-but-the-grinding, you really are just having your time stolen from you. You are sitting there grinding. Mostly mashing a single button, mostly labor, waiting for the interesting thing that feels just around the corner, but never comes.

Man, with this many Pokemon, there's gotta be one that's really fun to use... I bet it's one of those ones I haven't collected yet...

These days, people use the term "skinner box" to just mean "a game or mechanism that uses grinding and/or random rewards to hook players". I know a lot of game designer types don't like this usage, mostly because the original Skinner box - the operant conditioning chamber - was actually just a tool which was used to study behaviors and reward schedules.

One of the findings we've made using this tool is the awesome power of random/variable reward schedules. In short, we find that when we dole out rewards at random intervals, we get the fastest response rates and the slowest "extinction". In modern "gamification" terms, you might hear this called "retention" - the ability of your game to keep players playing.

I actually like, use, and advocate for the new meaning of "Skinner box". We need a term to refer to these grinding, progress, labor, manipulative and exploitative systems so that we can properly malign them. Games like Fallout Shelter should be seen for what they are - drugs. They are not games. They are not entertainment any more than you'd refer to any addictive drug "entertainment".

This is your brain on RPGs.

I think the image of the rat in the box is actually quite appropriate. When you play these things, you are being used in quite a similar way. Your choices don't matter. We're not interested in you, we're interested in what your brain does when we do X, Y and Z.

The frustrating thing is that since we're so new at this, our ability to design systems isn't really up to the task yet, and so it can seem like these RPG-grindy machines are the best we can do. Put another way, if you're a player, and you have to choose between a really crappy strategy game, or a very refined RPG, I can see why most people are going to choose the latter.

Further frustrating is the meme that "all videogames are a waste of time". Not all videogames are a waste of time. Studying and practicing a competitive game like League of Legends, trying to solve the most difficult puzzles in Portal, or creating an elaborate building design in Minecraft are all things that have real intellectual value for a human brain. Grinding out some more rare items in Diablo does not.

Developers and players alike need to wake up to this issue. It's one thing to be a drug dealer, but it's another thing to be a dishonest, sneaky drug dealer who markets to adults and children alike with colorful cartoon characters and fantastic music. 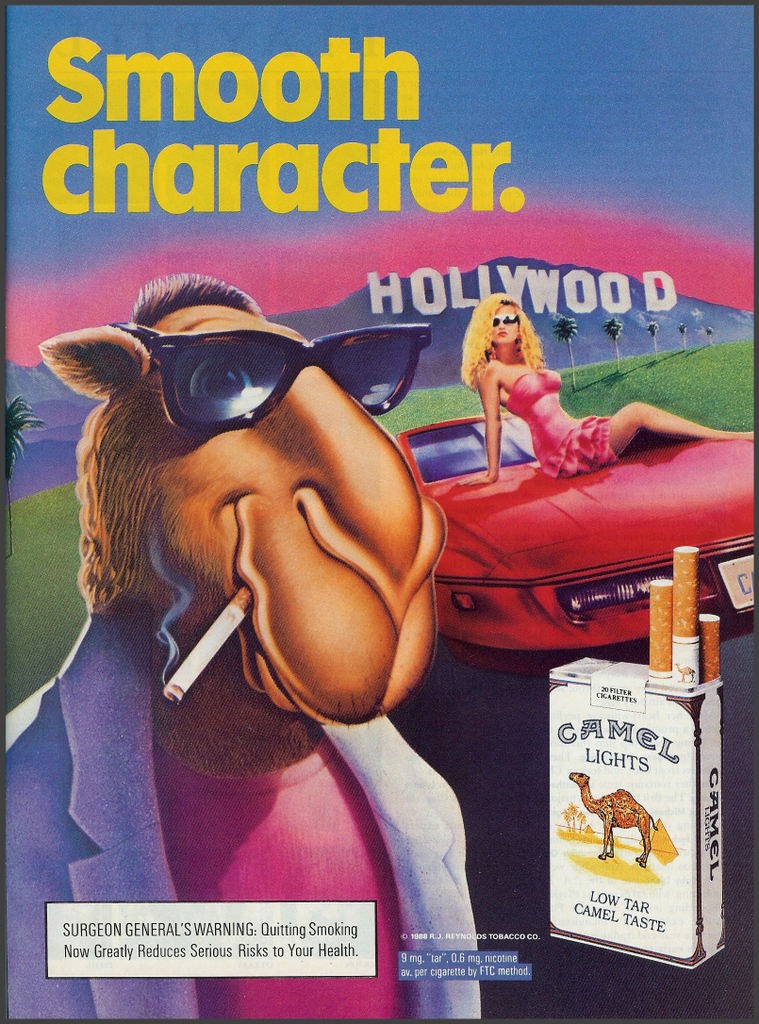 Using skinner-boxes isn't as big a problem as smoking, but developers using cute characters to market them should face a similar kind of disgust.

Sometimes, it's hard to say whether a system is exploitative or not, but in a case like the recent Fallout Shelter, or many other progress-based games just like it, it's clear-cut: the thing is nothing but grinding. I heard people complaining about Fallout Shelter's controls, about its lack of content, even about its portrayal of women. But I heard no one say anything about the fact that it's an exploitative drug whose only purpose is to destroy human hours.

In fact, the only time I've ever seen anyone bring this up was South Park's Freemium Isn't Free episode, which I recommend. Satan does a good job of explaining some of the mechanics of addiction.

But it shouldn't just be me and Satan talking about this. It's important, not only because these games are sneakily robbing us of one of our most precious resources, but because the more aware we become of this, the more pressure we put on developers to create things of real value. I would have loved a Fallout Shelter that's an actual strategy game. And maybe if more people were aware of this problem, that's what we'd have gotten, instead of this insulting, condescending hamster-wheel app.

Enjoyed this article? Consider becoming my Patron on Patreon.com!