Welcome to Dueling Devblogs, the blog where two good friends and game devs each make games as a way of discussing their outlooks on design philosophies. Gabe Prototypes for his game and comes up with a design. Wall jump to attack. Its god damn Mario
Gabriel Priske
Blogger
February 17, 2017

Welcome to Dueling Devblogs, the blog where two good friends and game devs each make games as a way of discussing their outlooks on design philosophies.

Really pure ideas are hard to come by. Ideas that don't feel forced or gimmicky, but like an intuitive way to experience gaming. For example: I love how in Mairo, you fight Goombas and Hammer Bros using the same skills you have developed for platforming: movement is combat. By the time you've really sunk your teeth into the game, your fingers are pumped full of muscle memory because, aside from the occasional flower, you have been doing nothing but running and jumping the whole time.

I'd like to make a game that explores methods of movement as combat. A game where, instead of getting hulking armor, you're developing a skill. Rep after rep you perfect your muscle memory, culminating in epic battles that really feel epic because you've become an actual badass. Don't like mastery in games? Well, you quitters can go back to your "outside" and "relationships".

My first idea was to make a platformer where holding down an action key enabled you to defy gravity and move faster for a short period of time, as well as damage enemies.

I do think this could make a decent prototype with more polish put into it. The issue that I came to was that making the dash happen instantly after clicking the action key felt too jerky to control strategically, but giving the effect a taper or lowering it entirely felt lackluster. Ultimately, it's not intuitive enough. It doesn't feel like that pure, Mario, natural way to experience gaming.

When attempting to find a more elegant method of combative movement, I came up with this:

Wall jump to attack. Its god damn Mario 2.0!  Wall jumping requires muscle memory and deliberate timing from the player, but skilled players can dance through the air like ninja-lemurs. So, what if that momentum became defensive and combative? The giant boss monster launches three missiles at you, you jump off one, sending it crashing into another. That jump brings you face to face with the final missile, you wall jump off its nose casting it into the heart of your nemesis!

For the next week I'll mostly be polishing this movement engine. Its going to be really important that movement is completely intuitive. The player needs an unusual amount of control while in the air to be able to hit fast moving projectiles, which poses an interesting challenge when attempting to make normal platforming feel fluid. Feedback is welcomed with open arms, let's make a game together!


William's Comment: I definitely dig the idea of marrying movement to combat in this way, though when you originally pitched the concept to me I had no idea what you were going for. Seeing the example up there of the player sending a projectile into the boss's face REALLY changed the way I was picturing it beforehand.


What I'm most excited for, however, is not the combat that you have set up. The best parts of Mario games were never besting enemies, they were traversing levels with strategically placed hazards. I think the most interesting thing as you move forward will be seeing how you develop gameplay to move from a player rockin' through a level, and seamlessly defeating enemies as part of the same motion without much change in pace.


Hmmm, combining movement, level navigation, and combat... that reminds me of something... 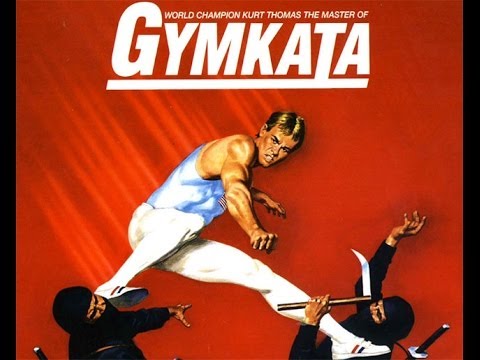