How writing a game for your entertainment made me explore and exploit the mechanisms of abusive authority.
Daniel Bernhoff
Blogger
March 05, 2014

Have you thought about how it's fully possible - even in a democracy - for people to abuse, torture and execute each other until there are only two individuals left alive, and all of it without ever breaking the law?

Yeah, I hope that's weird enough for an introduction.

The thing is, that's the type of thoughts I have been nurturing over the last three years, thanks to Project Temporality. I didn't set out to educate or alert the players, but I ended up weaving some of the most serious issues I can think of into a game that's ultimately meant to be played for fun. I will tell you how it happened, and why at the end of the day it feels completely brilliant.

When I originally suggested to Niklas Hansson that I should write the story for his Project Temporality, it was all on a whim, just because we ran into each other at Nordic Game 2011. I imagined I would pour some sweat into my keyboard over the next couple of weeks, and then cash in some credit for a really cool-looking game and be on my way.

The first draft I made followed that whimsical and unassuming mindset. The player would be aided by a mysterious, masked benefactor, who later on would turn out to be the player themselves.

Niklas didn't like this. He was looking for something more serious. Shucks. That meant I had to do more writing work. 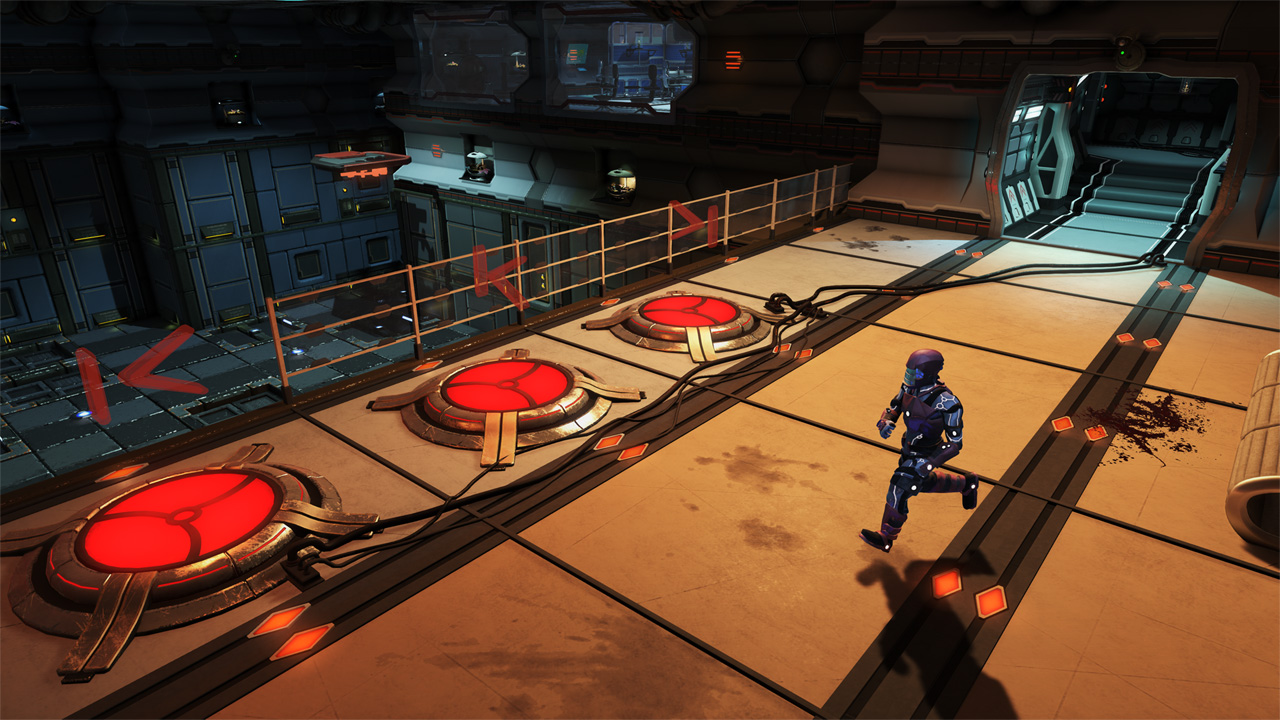 My next attempt included a spectacular (but probably not unforeseeable) plot twist where the main antagonist had suffered forty years of regret following the events in the game, before traveling back in time to make a select few things right. In tone this was more like Twelve Monkeys and less like Back to the Future.

This didn't fly either. It was still too fanciful and took away from the dystopian mood Niklas had been aiming for.

Up to this point it may appear as if I'm ordinarily a happy-go-lucky person who's only interested in pop cultural references and attempts at clever plots, and who writes on serious matters only when coerced by an iron-willed superior. That's not at all how I see myself.

I'm very concerned about how fascist parties all over Europe gain popularity by portraying immigrants and their descendants as faceless, alien hordes, how refugees drown by the hundreds in the Mediterranean because no country lets them enter port, and how anti-gay laws in Russia and other countries all over the world are used by governments to redirect the discontent of the citizens towards minorities. I fear that civilization may crumble during my lifetime as a result of a climate disaster, or because of our inability to adapt culturally and politically to a world where fewer and fewer of us are needed to do constructive work.

I tried twice to write the far out sci-fi story because in my mind that was a natural fit for something I expected to be a story-light game. Over time the whole thing grew darker and more down-to-earth (though still in space) not just because I made Niklas' grim vision my own, but also because it became apparent that we needed more in-game texts.

We don't have any power-ups or resources the player has to collect throughout the levels. Apart from the self-rewarding aspect of exploring the nooks and crannies of UMSA Aurora, the only thing we hand out for doing so are written messages the players may or may not decide to read in order to immerse themselves in the setting. We wanted the players to do a lot of sightseeing, which meant lots of texts.

I should add that I really like the “found messages” way of telling a story. I can't expect the player to read all or even any of them, but on the other hand, the player won't expect the texts to form a single, stringent narrative. It's about creating a mosaic of thoughts and associations around a subject, which still allows me to build a network of internal references and a cast of characters with their own story arcs, for those who pay attention. Also, they remind me of one of the most inspiring writing exercises I've come across, which is "20 ways to describe X".

Twenty is a lot. To even get close to reaching that number, you have to flex your imagination and think up wide categories of things to say as well as filling those categories with individual statements. If, for example, the subject is an isolated research facility on a spaceship, where something has gone very, very wrong, you may think along the lines of different professionals in the crew. Or different attitudes among them. Or focus on different aspects of the world, like the research, life on the ship, or the wider fictional universe.

Coincidentally, I thought for some time that twenty found messages would be enough for Project Temporality. With that number, I could have stuck to the categories I just mentioned. Now it turned out we needed close to fifty, not counting tutorials and mandatory briefings and story messages from the game's main non-player characters.

No problem. The situation in Project Temporality has nothing to do with aliens or zombies. It's all about human beings, and since humans have dished out so much abuse and oppression to each other throughout history, the thoughts about such acts is a category brimming with content for any writer with a suitably bleak premise. With the aim set at an abundance of found messages, I could use any such thought I could write about in a sufficiently entertaining or meaningful manner.

To sum it up, there are three proposals I'm trying to sell to you with this post. The first one is obvious from the onset: I'd like you to play our game! My second point is a tip: Look for serious stuff when you write for games! It's a cornucopia for content.

My third proposal, however, is probably a little peculiar with these premises. As a part of working with the game's content, I've made a small inventory of abusive methods that one can use to dominate a society. These methods are used in the real world right now, no matter the fantastic setting I've had in mind when I've come to think of them. What I'm asking for is that you watch out for these things, because I don't want any of us to get executed and tossed into a mass grave.

There are mild spoilers in this list. I don't think they will ruin Project Temporality for you, but if you plan to play the game and think I've almost revealed too much already, you may want to come back later. 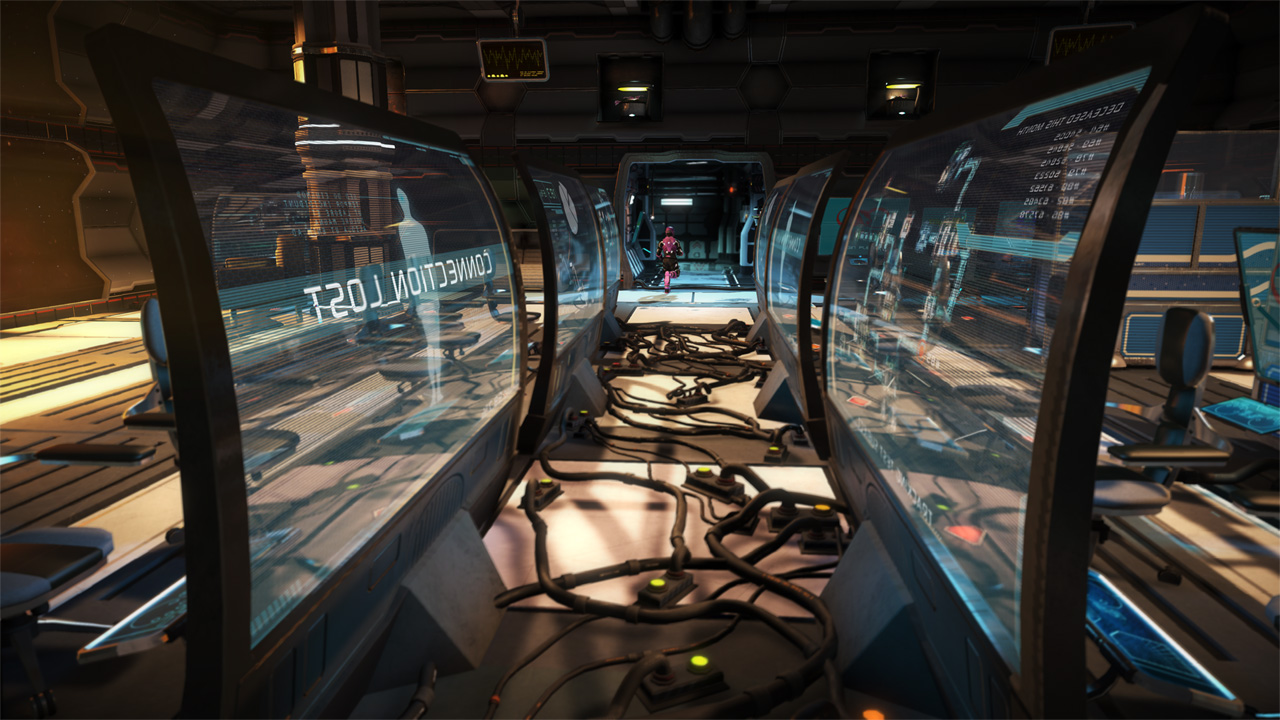 Be sure people identify themselves and others by heritage or residence, or anything else but values and common interests. In a professional environment this may be about rivalry between teams. In any case, this prevents your population from uniting across groups when it matters.

Stress the urgency of any abusive measures. Talk vividly about the threat against all free human beings, and about how sacrifices, regrettably, are necessary.

Always push the boundaries to where they still can be accepted by a majority of those who's opinion still matter. For example, if you have human test subjects, you can get most of your researchers to agree that forbidding them from speaking decreases the risk for data-corrupting bias.

Take away influence first, so those you will abuse can do nothing to stop you when you progress to more directly harmful measures. A very blunt way is to keep people in cryonic storage until you are ready to perform potentially harmful surgery on them.

Once you have brought about your urgent new measures, transform them into something ordinary. Do the test subjects die from the experiments? No biggie. There are boxes to check on the form for it.

Describe one smaller group at a time as animals, such as leeches, parasites or rats, or portray them as faceless, or as a homogenous mass without individuals. Make your test subjects use numbers instead of their names, and cover their faces with opaque visors.

Revile people who speak up for the abused ones. Call them traitors and make them look like a perversion against the natural order of established groups.

Mess up the pot odds, to speak in poker terms. Make it so disproportionally painful to oppose you that it's just not worth it. Can you do keelhauling on a spaceship?

Accuse your opponents of all of the above, no matter how little sense it makes, preferably before they come around to do it themselves. I actually didn't do much of this in Project Temporality, but I wish I had, because it's hilarious.

Now be nice to each other, and have fun with the game!

You can find out more about Project Temporality and Defrost Games here.

Project Temporality is available on Desura from March 7, 2014.