Dare I tackle the subject of art, let alone that which may exist in games? To my own rhetoric I say, "Yes."
Michael Molinari
Blogger
April 21, 2009 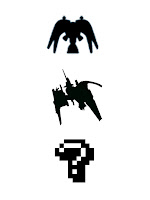 Project RS3 is the codename for quite possibly one of the greatest shmups ever created. It hasn't exactly been released yet, and the last I heard of it, production on the title has come to an indefinite halt.

So why am I prematurely crowning the game for all of its achievements in areas of technicality, artistry, and gameplay? Probably because the other two original shmups they produced have also been deemed "quite possibly one of the greatest shmups ever created." I'm just following the pattern.

This all really amounts to what the company, Treasure (♥), did to the genre with each release. Simplicity is the ultimate theme here, as Radiant Silvergun abandoned the collectible powerups in favor of an RPG-like auto-upgrade system (use it more and it becomes more powerful over time), while Ikaruga tossed out the idea of powerups altogether (unless of course you consider your own personal, evolving skills as a powerup).

True, Silvergun immediately gives you access to all seven (yes, 7) weapons from the get-go, but they're really just variants of three main ones (and there aren't any bombs, so I think it balances out nicely). Ikaruga went ahead and only gave you one kind of primary fire and a homing shot that you had to earn in order to use.

There's a very fine line between gimmick and innovative mechanic, Treasure's games taking the latter due to their ideal application of usage. Though I do find myself enjoying the magnanimous sprays that other games can grant, there's something special about this table-turning back to the days of simplicity.

The layout of the levels - all of them - are beautiful pieces of work I sometimes regret blowing up as soon as possible, but then again, the act of blowing up those beautiful patterns of enemies and scenery was designed to be just as beautiful.

And though these types of games generally need limited instruction and backstory, they provide it. This quickly adds a sense of reason, of why you're flying around shooting the things you shoot. It all starts to make sense why your final battle involves shooting (i.e. dodging) a crystal made of pure evil (something R-Type didn't quite nail the first time around).

The story helps drive the action. I have no problem calling these two games a work of art. And in setting off that alarm, a new paragraph about art must ensue.

When I say art, I mean art. It's merely something that I find to be appealing. That's really it. We as humans have been discussing what "art" really is for, what, thousands of years? And no one really has a definite answer. I then question why "games as art" is such a heated topic, when "oil paintings as art" is just as unresolved.

Oil paintings are just pigments on canvas. They aren't art unless someone thinks they are, at which point they are "art" to that person. This makes the subject a matter of opinion, which is more than likely my attempt to avoid participating in a since-time-began-long discussion about what makes art art. If Duchamp wants to make art, it's art.

Of course I've just branded a FANBOY label across my forehead, but that's really what Treasure does; they make people love their games (if only the general public would give them a chance). This post was originally going to be a review from the future for Project RS3. My feelings towards this non-existent game are so strong, I can almost sense the very things that solidify the game as another "greatest shmup ever."

The story will enrich gameplay. The visuals will be simple, yet powerful. The music will be compelling. The controls will be spot-on. The driving mechanic, that "not a gimmick" element that they add will be ingenious, never-before-seen, and yet feel familiar. Gameplay will be easy to pick up, hard to master, and have quirks of design that don't start to create a symphony of gameplay until you really get into the depth of it all.

It'll be out-of-print rather quickly, only cherished by those few in the world who really appreciate the art of Treasure's work. Did I just review RS3, or was that also congruent with Silvergun and Ikaruga?(Replayability Tip: read again) More importantly, if a boy creates a cardboard colossus in his living room and strikes its weak points with a poster tube, he is recreating the art that is Shadow of the Colossus.

If I go and write a from-the-future general review of Project RS3, am I an impatient fanboy who thinks he knows what he's talking about, or am I an appreciator of art just the same as that boy who calls his dog "Agro?"

Knowing Treasure, I'm happy to announce that I can't predict what they will do with this game. Being unpredictable is their staple. They've consistently been pushing innovation against limitations (and accepted limitations) since the days of the Sega Genesis (or Mega Drive, as I aim to please the international readers out there). They themselves probably aren't too sure what it is that will be RS3 - not until countless variations and experiments are carried out to see what works, what doesn't, and what will ultimately be something we've all been waiting for.

It's all very exciting, but in accordance with the mystery of the company (and all three of its interviews with the public in the last 10 years), the timelessness of patience is the real winner here. I believe the team for RS3 is currently finishing up Sin & Punishment 2 for Wii (the only reason for dusting off my white underdog in 2009), so at least we'll have something in which to indulge, other than lamenting the beast that is Longai-O.

For those out of the know, Project RS2 was later to be known as Ikaruga, though it shares no direct sequel status with RS1. The same goes for RS3, which will undoubtedly don a new title and feature something drastically different than what its predecessors offered. However, it was stated that the game would continue in the tradition of being top-down, vertically-scrolling, with 3D backgrounds, etc.

Those are pretty much the backbones, while the rest of the game is a delightful mystery. Although I feel it's safe to say that this guy will make another triumphant return. That and the epitome of all crystalized evil there is in the world.

I have no footage to show, no screenshots, no mockups, no anything. All I can add to this post is a deep breath of fresh air (reader participation dependent), exhaled with a slight twinkle of thought that surrounds the fact that one of these days, the world will be graced by the beauty of Project RS3 (I sometimes wonder if Treasure developers read these kinds of things and take into account how much their pocket-sized community of fans adores their work).

Oh, and Gradius V is art, too.