Probability can be a double-edged sword for making games unpredictable, and today's post looks at how lady luck can change a game's design.
Josh Bycer
Blogger
October 19, 2016

Recently, I spoke with Mark Venturelli who designed the game Star Vikings. We're going to dedicate a cast to the game soon, but there was a really good topic we talked about that I wanted to bring up. Probability is a major part of many game designs throughout the years, but comes with its own set of hurdles to deal with. For today's post, I want to explore the trouble of balancing probability in your game.

Probability when it comes to game design and mechanics is when the outcome of an action isn't black or white. From 0 to 100, chance is the great decider instead of the player's actions. We can see this in any game built on abstracted mechanics.

While players can influence the probability in some cases, ultimately it will come down to luck. There are cases where we've won with a 20% shot, or missed with a 98% chance to hit (and yes, that did happen to me).

Probability's greatest role in game design is keeping a game from being predictable. Especially in strategy games and how you don't want the game to become one note. You don't need to have complex mechanics; as in Star Vikings' case. The game allows you to upgrade your characters so that their abilities will have the chance of performing a secondary effect.

The beauty of probability is that it can impact a game in powerful ways and make things exciting. When I spoke with Mark on Star Vikings, he talked about how he didn't want people stressing over making complex plans. With the probability of the game, a five turn plan can disappear thanks to one lucky or unlucky break.

The fact that you can't make plans is what makes probability so great. It forces the player to think about the moment or the immediate plan, instead of having the game bog down. In XCOM, all it takes is one lucky crit or missed shot to completely change your plan.

With that said, communicating the joys of probability to the consumer can be a nightmare for game developers.

"Your Game is Rigged"

Probability's other major role for game design is annoying the hell out of gamers. For every game that makes use of probability, there will be one person who says that the game is rigged against them.

Just as probability could mean win after win, it could mean lost after lost. The fact that the player has no real control over probability can make the game frustrating to play. It's hard to tell as a player if you're doing better because you improved, or that luck was on your side this time. 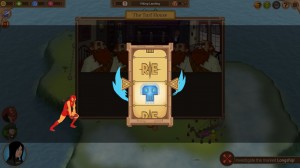 The more chance impacts your game, the more frustrating it can be when you lose

The more of an impact from probability, the greater the frustration can be. With XCOM, missing a 90% or higher shot can have huge repercussions for the player.

For many people, having their success be out of their hands can be a deal breaker for them.

With that said, good players can get around probability to some extent. Experts at XCOM know how to use the mechanics to mitigate probability's impact on their success. If they miss a shot, it's not the end of the world, and they never leave themselves in a position where it all comes down to chance.

However, getting players to that point is a feat in of itself.

Probability is very hard to explain to a player due to its very nature. If you have a skill that increases your chance of doing X by 25%, how will you know that it is impacting the game? In most games, all we see is either the "yes" or "no" of probability. We'll never know if we were close to having something worked or a snowball's chance in Hell.

If you're going to use probability for making important decisions about playing your game, then they need to be spelled out for the player. In XCOM, the game breaks down your chance to hit based on your factors vs. the enemy's. You'll always understand why a chance is good or bad before taking the shot.

Another case was in Renowned Explorers International Society. In the game, you spin a roulette wheel to decide if you succeed in events. The higher your chance of winning, the more "success" points will be on the wheel.

Darkest Dungeon slipped up in this regard in my opinion. The game shows you the chance of hitting, but it never shows you why that is. If you have quirks or items that raise the chance, their impact will not be shown to the player. Even worse: The game does not calculate your chance of skills working on the enemy; it only shows your chance vs. their defense, and asks you to do the calculation yourself. 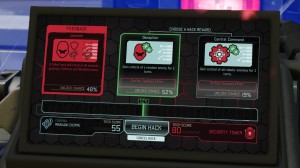 An interesting tangent would be the game Tharsis. The game combined rogue-like and board game design to keep things different.

The problem was how playing the game was literally left up to chance. One bad event could cascade into complete failure. While you could learn how to play the game, every major decision was built around chance.

The only way for players to learn how to use probability to help them is to know how to control it in the first place. Once again, if probability is only being used for item drops as in Diablo 3, then it's not a high priority to include the chance in the game.

But when a decision can either cause the player to win or lose, you have to tell them everything about their chances.

Probability is one of those elements that you're never going to completely win with. You're always going to have someone like me who somehow will lose regardless of the chances. It's important to figure out how much probability is going to impact your game and balance it accordingly.

Good game design is about presenting the player with the means to affect or mitigate chance and not be completely ruled by it. While it may be exciting, having your game's final boss fight amount to nothing more than a coin flip can be frustrating.