Today's post is all about the debate of putting value on narrative focused games and the challenges that come from old school gamers such as myself.
Josh Bycer
Blogger
March 18, 2015

Narrative focused games have become very popular over the last decade with some notable examples being Telltale's The Walking Dead, Gone Home and also the resurgence of the adventure genre. But while these games are big on story, they are often very light on content and brings up the debate of pricing a story as opposed to gameplay.

Once again I get to sound really old in a post. Back in my day (yes I'm saying that) games were gameplay first, story somewhere in the far distance. Outside of the adventure genre, the most radical storylines we had were about princesses being kidnapped, worlds needing to be saved or that Samus was actually a woman.

Designers focused entirely on game design and this is where we saw a lot of series that would become classics or continue to this day: Zelda, SimCity, Mario, X-Com, Civilization and so much more. And with game design this way, games were priced for their content and the premium of titles back then.

But narrative games are different and focus on the story and less on everything else. Gone Home had about three hours of storytelling, less in terms of gameplay. And the Telltale games despite winning numerous awards only had about 5 or so hours of content per season.

In today's market, there has been a massive devaluing of video games thanks to the bulk of titles being released and we're seeing many games of popular genres go for $20 or less. Yet narrative games despite the lack of gameplay are continually priced higher than the average. Gone Home retailed for about $24 at release, Amnesia $14 and so on. 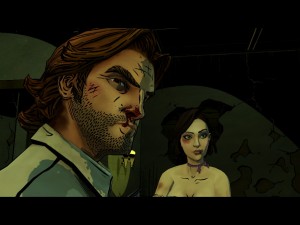 Narrative titles despite not having much gameplay, tend to avoid the devaluing issue that is affecting the industry.

The only other genre today that bucks this trend is the grand strategy or war game genre.

These games are immensely complex, designed to give you a lot of value for your money and due to how infrequent they are, are still being priced at $30 or more at release.

And this puts me and other older games in an odd position when it comes to assigned value to narrative titles.

The Price of a (interactive) Film?

When talking to a lot of gamers these days, they like to rationalize purchases through other mediums: A game could be worth the price of a movie ticket, a book, dinner and etc. But narrative titles again seem to buck the usual trend and make it hard to define an actual value.

We've always had trouble quantifying value to video games as there have been plenty of poor games that had hours and hours of play, with amazing games that may only last a few. And it seems like for the fans of narrative titles that the latter holds true for them.

I think one explanation as to why narrative titles tend to be priced higher is that writing a good story is a lot of work and there aren't a lot of narrative based games that are released when compared to other genres. And because of that, they are being treated much like the 4X or wargame genre where that scarcity allows for a premium price.

And those fans definitely have a lot of games to play these days, thanks to the popularity of Telltale who has shifted gears towards more narrative focused games.

However, while I would love to talk more about narrative design and the perceptions of it, this is not really my area of expertise like most older gamers and this makes reviews of them very difficult.

As someone who analyses game design, I've gotten quite good at picking out good and bad elements of a game when it comes to mechanics, gameplay, UI and so on. But story is one area that I'm not versed in and trying to answer the question:" What is a good story?" can be a very, very long answer. 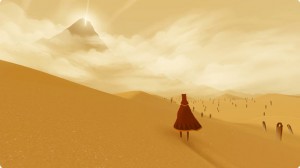 Trying to review games that don't have a gameplay focus, can be tough for older gamers like myself.

When it comes to games that rely on poor tropes like the chosen one, amnesia, etc, that's easy to pick out and critique.

But to review something like Gone Home, Analogue: a Hate Story and more, leads to more philosophical debates rather than design. Sure, you can talk about issues like control or graphics, but when your entire gameplay boils down to wandering around or reading text logs, how do you review that?

This is where we can also bring in the ever popular discussion-- “What is a video game?" and that's another can of worms to deal with.

That's really all I have to say on the subject at the moment. Again, this is not my area of expertise and I would love to have people who design narrative focused games on the podcast at some point, but I haven't had much luck in the matter. This is one of those topics that we can come back to and hopefully we should if I can find interested guests.

(For posts on game design and the industry along with podcasts and let's plays, check out Game-Wisdom)