Part 2: How Merge Unlocks its Next Stage of Growth 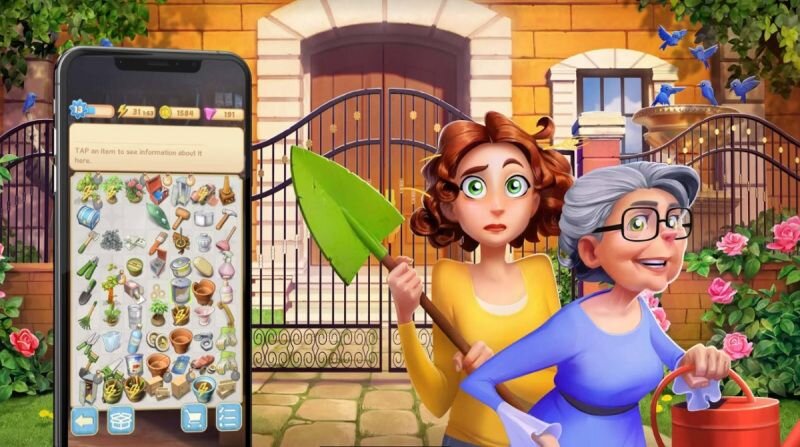 Last week, we analysed the state of the Merge genre. Based on all that data, the key takeaways were threefold -

We also received many interesting questions on this thread, which warranted a followup post. Here we further explore the genre’s growth equation and shed more light on what kind of product differentiation will be critical for Merge’s future growth.

Since it seems like Merge is hitting a UA glass ceiling, future genre growth comes down to further optimising CPIs and long-term LTVs. Both would allow for more aggressive UA, thereby enabling Merge to acquire more from the highly competitive and expensive Match-3 audience pool.

It is hard to be objective about CPIs due to lack of publicly available data, but a quick look at Facebook Ads Library points to the top merge games executing well on the CPI optimisation playbook. While further CPI optimisation might be possible, we feel there is more upside in figuring out long-term LTVs. As can be seen in the graph below, Merge games start off pretty strong, but product performance weakens longer term versus their Match-3 counterparts.

This is where some fundamental design differences between the merge and match core mechanics start to become more important. More specifically, there are three key design areas that Merge needs to improve on to be in a better position to compete for Match-3 audiences.

#1 Varying the Experience Curve: Merge experiences still lack the richness that exists in their Match-3 analogues, and it’s critical they step away from today’s straightforward and grind-y experience. In Match-3, the simple fact that players cannot predict how one move will cascade into 10 more automated matches greatly improves the overall experience. In Merge, moving through linear merge chains to create items that complete quests quickly devolves into a very predictable experience. Since this can be interesting only for so long, there is a major design opportunity to further vary Merge’s core experience curve.

#2 Increasing Context Switching: In Match-3, the existence of levels not only allows for a very tangible sense of progression, but also every new level transfers the player to a different context to perform the core matching action in. Both points result in keeping Match-3 metagame progression fresh for longer. This is not really the case for today’s Merge games, as players perform all merging actions in one static context. Since those merged items are used to progress through multiple quest lines, long-term player satisfaction is primarily driven by metagame progression with no trace of context switching.

The relationship between item spawners, quest objectives and merging board size is THE crucial balancing act for Merge. But the fact that it all rests on top of an unchanging core experience results in highly repetitive long-term gameplay. Therefore, a need exists to increase context switching in merge gameplay.

#3 Reducing Effort to Reward Discrepancies: A design oddity that exists across most merge games today is as players progress deeper, the reward amounts don’t scale well with the merging effort involved to attain that reward (see example below). While this issue also exists in Match-3 in the form of levels giving out 1 or more stars + more content regardless of the effort involved, the psychological impact of large effort to reward discrepancies is reduced by gameplay elements like boosters, luck/randomness and every level attempt getting the player one step close to actually solving it. Herein lies a design opportunity for Merge to think about long-term player progression and the relationship between effort vs reward in a fundamentally different way to Match-3.

All the above drives the previously mentioned long-term LTV differences between Merge and Match-3. While Merge’s evolution could resemble that of Match-3’s (Bejeweled → Candy Crush Saga → Gardenscapes), embracing the fundamental design differences between both core mechanics and evolving the genre’s design around it will help Merge find its own “saga” metaphor. Solving for these design challenges is not easy, but we’re optimistic, as today’s products are only scratching the surface of how fun Merge can really be.

This article originally appeared on Naavik.co (Written by Abhimanyu Kumar and Eva Grillova)