Overworld Overload: An Analysis of Link to the Past’s Light World, Part 3

A continuing exploration of the Link to the Past overworld, looking at the expansion of accessible space through the first act of the game, and how "gates" are used sparingly for greater effect and greater player freedom.
Benjamin Marshalkowski
Blogger
May 13, 2016

Over Part 1 and Part 2 of this series, we looked at the ideas of dividing a world map into regions, and setting up obstacles for the player. Now, I want to look at the game flow of Legend of Zelda (LoZ): A Link to the Past (LttP), and how the design of the game world both encourages exploration, but guides the player from world to world. 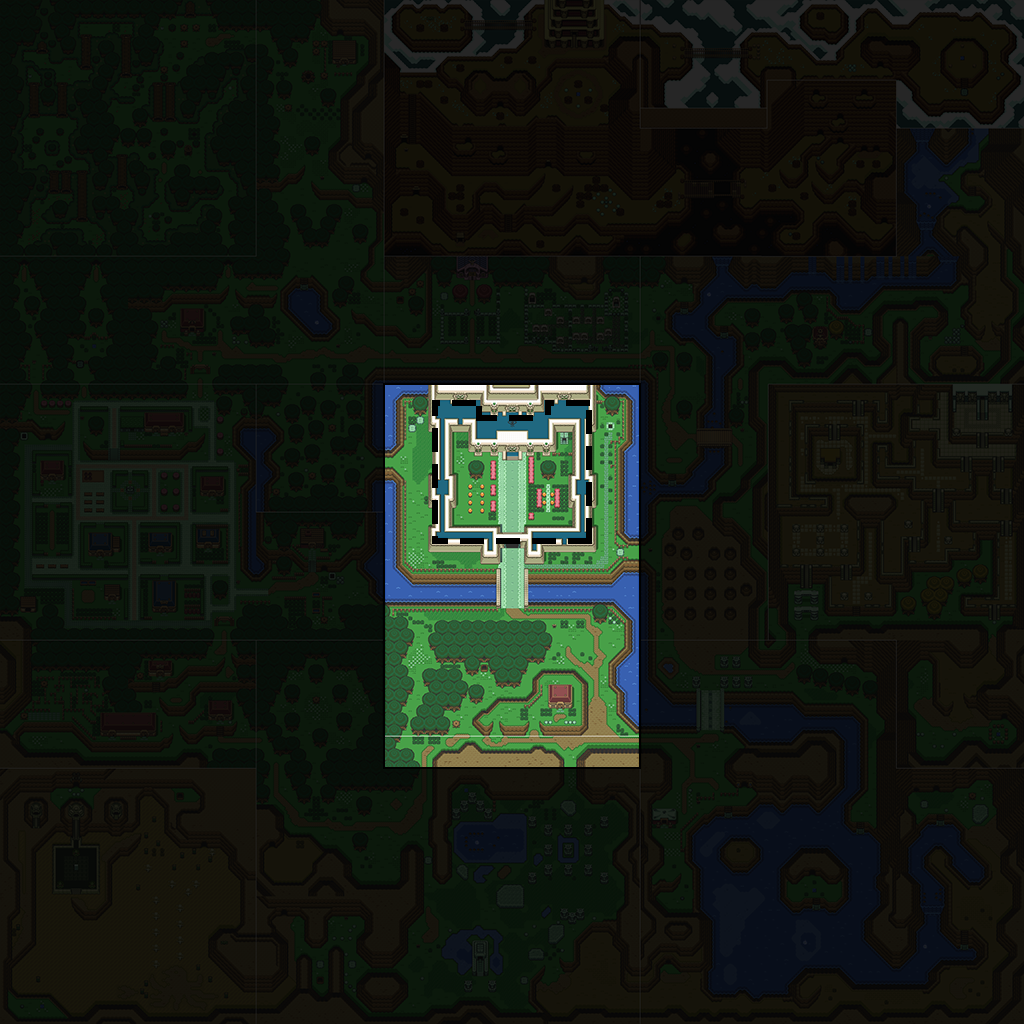 When you first start LttP, you have very little mobility, as seen in the map above. You are basically railroaded from your home to Hyrule Castle, blocked by guards who are intent on teaching you the basic controls of the game. This is somewhat of a necessary evil for the game’s plot, because you need to rescue the princess from the dungeon before the plot can proceed. Likewise, you don’t even have your sword, so the game creates a “safe” state until you get a weapon.

The castle courtyard is accessible once you find the secret entrance, but from there you are “trapped” in the castle until you complete it. This is the most locked down you will be in the entire game, however. Once you get the princess to the sanctuary, starting the first act of the game, the world becomes very different. 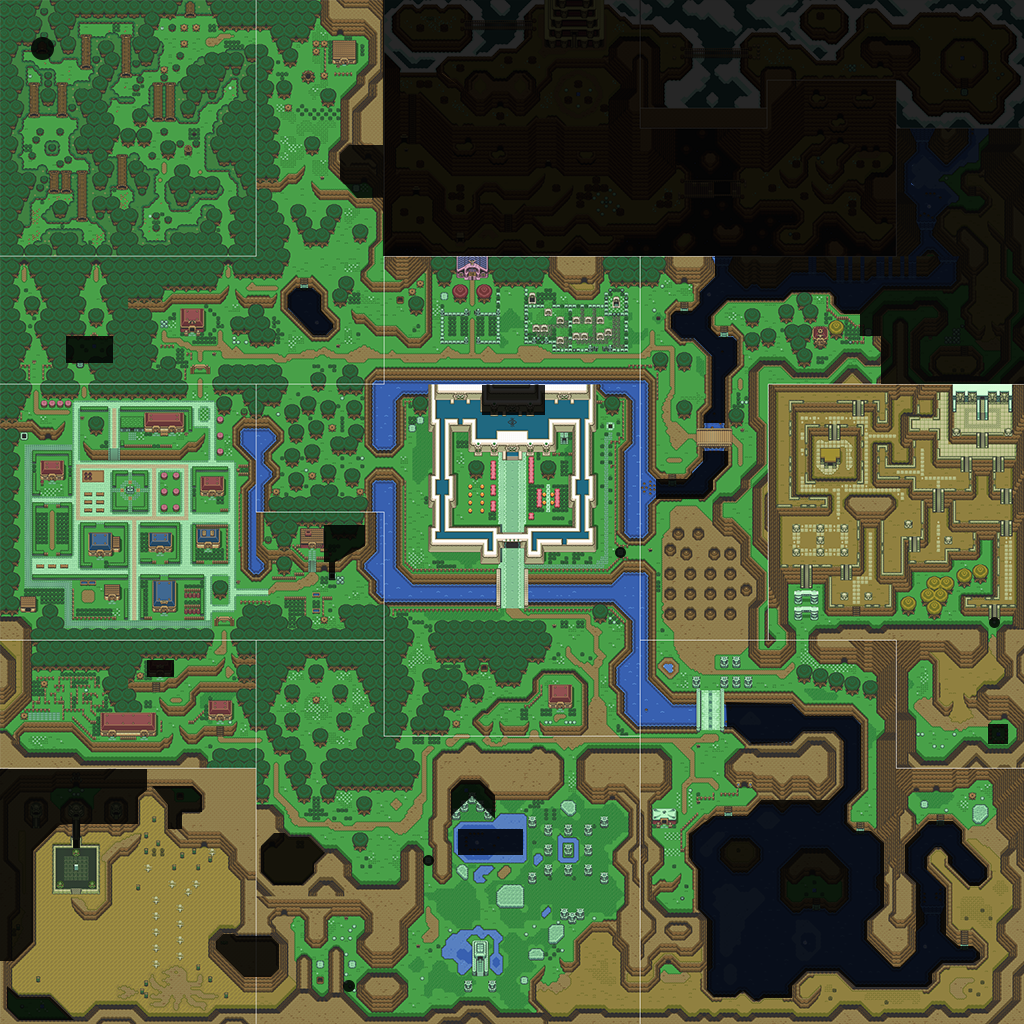 After completing the introductory “quest”, the game world opens up dramatically to you. At least 60% of the map becomes available to visit, if not interact with in a meaningful way -- which is an important distinction to make. You can, if you choose, walk straight from the first quest to the Master Sword if you choose, or to the second dungeon. In both cases, however you will not have the proper tools to access take the sword or to access the dungeon.

You still have numerous options from the start of the game proper, though. You can visit the town, explore the swamp and desert, travel around the lake and get a magic item, or stop by the witch’s hut and explore the woods for a mini-fetch quest to receive another item. In a time when so many games were still being designed on the World-1, Level-1 philosophy, a coherent, explorable world that was this rich in content was still pretty groundbreaking.

The biggest chunk that is blocked off are the mountains to the northeast, which are also home to the Dungeon 3. This section is also a bit railroaded once you can access it (after you get the main equipment from the second dungeon). Then you must go through the mountains, acquire the magic mirror, make a teaser visit to the Dark World, and finally reach the third dungeon.

Once you’ve completed only the Dungeon 2, however, you have the tools you need to access almost the entire map. 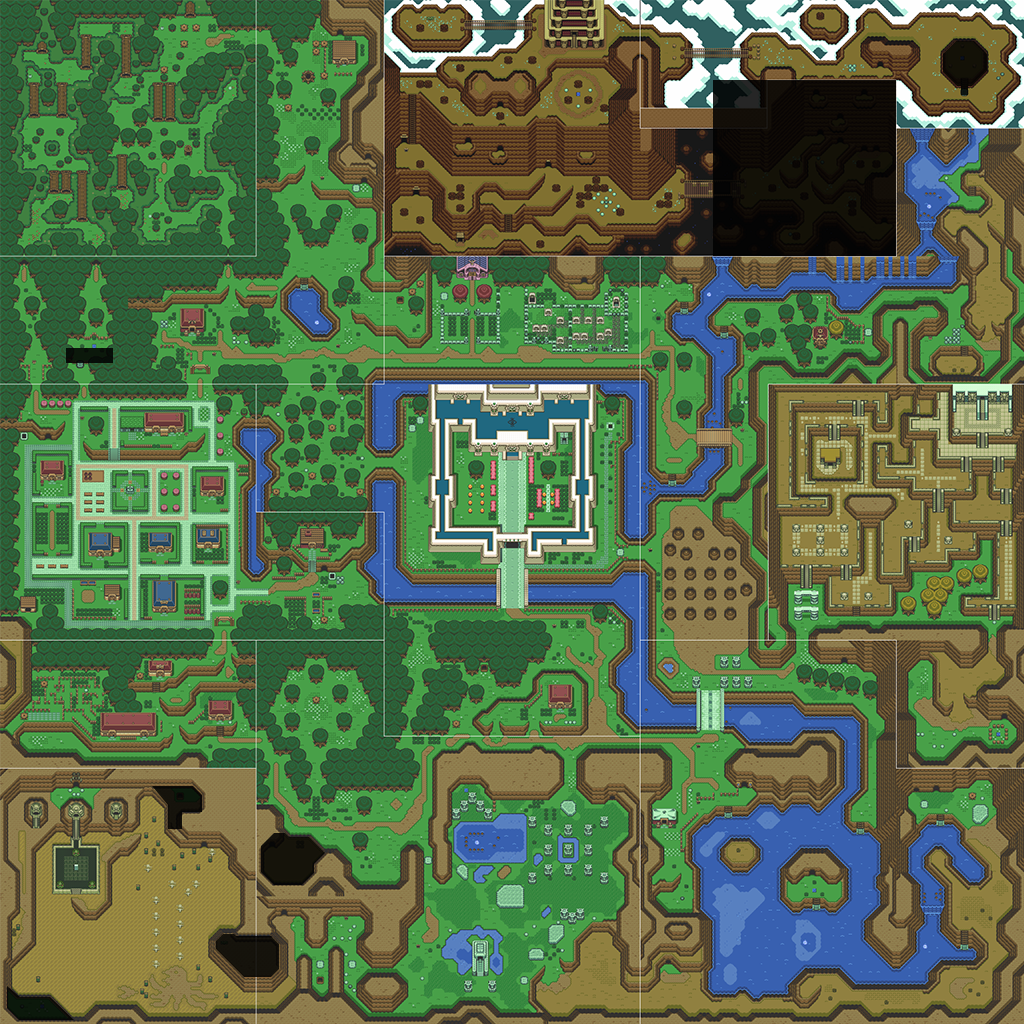 Getting back to the idea of a procedural LttP-style world, this also affords some flexibility in world design. Instead of creating a dungeon with a series of locked chambers, the “algorithm” can create a much more open world, but with certain key corners and sections locked off. This comes back to the idea from Part 2 of item gates and sorting out which sections can be accessed by which item(s), which sets the flow of your game and the path of the player in your world.

In its most simplified state, the item path of LttP looks something like this:

It’s intriguing that only one of the items is actually acquired in the main dungeons. Dungeon 1 gives you a bow and arrow, which is a useful (ultimately critical) weapon, but not useful for map access. Dungeon 3 grants the Moon Pearl, which is a passive item that solves a forced problem.

Even more interesting is the variety of ways that these items are handled as they are given to the player, how they affect the player’s access to the game map, and which items are pivotal to which parts of the flow of the game. We’ll be looking at all that in Part 4.

The Legend of Zelda, A Link to the Past and Hyrule Overworld Map are all property of Nintendo.