My recent experiences going back to PC and console games have reminded me of friction I can no longer tolerate.
Andreas Papathanasis
Blogger
May 24, 2016

(This post was originally published on my personal blog.)

For reasons explained in more detail on my first blog post, I probably would have stopped playing games completely if it weren’t for mobile games. Sometimes, however, various life events and temptations cause me to try and go back to games on other platforms. Some of my very recent experiences with such games have left a sour taste, wasted my time, but also given me lots of reminders of why I love the mobile platform. 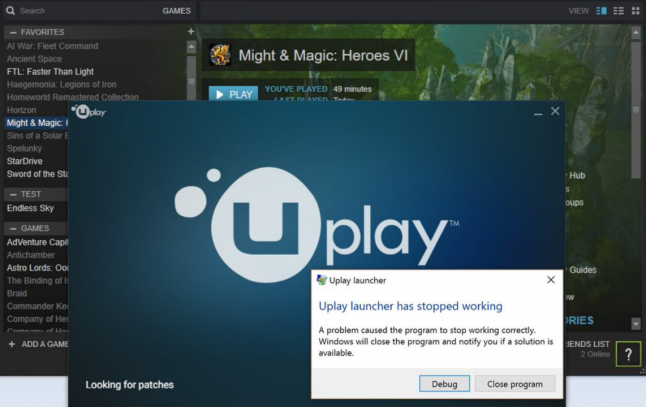 Let’s parse what is happening here. Steam, a heavyweight desktop app meant to manage your PC games, is launching uPlay, another heavyweight desktop app. uPlay exists, I presume, to send Ubisoft convincing metrics to validate its executives’ pre-existing worldviews, like for example that launching uPlay from within Steam is a good thing. uPlay is crashing for god knows what reason. I like to imagine it’s failing to launch HeroesPlay, a launcher app meant to manage your pre-game launch experience. Oh! If only I had a chance to experience you, third and (hopefully) final launcher. It would have made me feel closer to that magical experience of actually playing the game. As for you, uPlay crash dialog, thank you for giving me the option to Debug, but for now, I’ll put thoughts of this game aside, and wish someone would port Heroes 3 properly on the iPad.

I’m sure I’ll never forget the above screenshot, because every time someone mentions the awesomeness of the open PC platform, it will immediately spring to mind. And I’m certainly happy I spent 50 dollars on this garbage, instead of on some mobile F2P game I enjoy (excuse me, I meant to say a F2P mobile game that used manipulative psychological tricks to make me think I was having fun).

A few weeks ago, the neighbors came over and they so happen to be gaming fans. I told them I had a Wii U collecting dust somewhere, the only current generation console I bought for some reason I couldn’t remember. They brought over their nun chucks and a lot of fun party games like Mario Party, Mario Kart, and another one where Mario and Bowser threw away bad feelings and are playing soccer together. Putting the disc in the drive already felt like an antiquated experience, similar to VCR tapes in the 90s. But the worse was to follow: The Wii U failed to read the disk, talking about some error about location! The next 15 minutes were spent cleaning disks, scratching heads, and insinuating the neighbors must have bought those games from some shady dealer outside North America. Then suddenly, I remembered why I owned a Wii U in the first place: Because Finland was a cold and lonely place, and my wife and I wanted to play anything that involved Mario. But now I had returned to Canada, so god forbid I am allowed to play games with my neighbors on hardware I happened to buy somewhere far away. 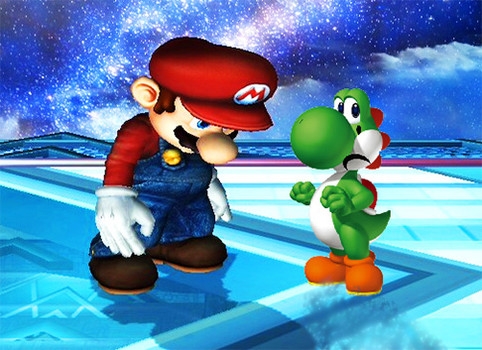 It’s ok Mario, we’ll party when you come to smartphones

The repeating cycle of Eve

I’m not exactly sure what the frequency of me making a new trial Eve account is. Probably around 6 months or so. The cycle repeats itself in perpetuity:

With the latest step e. happening just a few days ago, it’s all very fresh in my mind. Maybe writing this all down will help me next time I have the itch.

As a simple mind, I love simple options. Especially at the beginning of a game, when I have no clue what’s going on, I really prefer it if there are never more than 3-4 clear alternatives or options on how to proceed.

Eve is subscribing to a slightly different design philosophy, one that suggests that it’s ok to have around 50 buttons on screen during the first step of the tutorial. 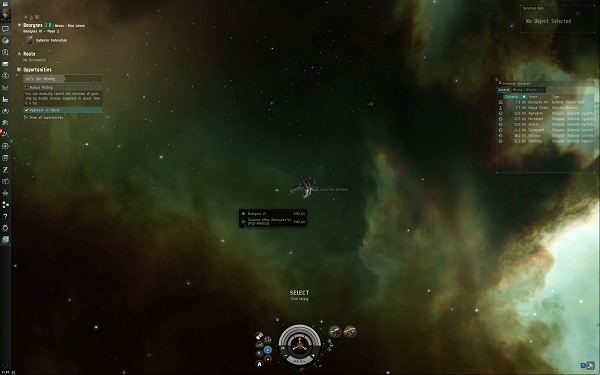 And if by any chance you press the wrong button, your options on what to click or look at next can go up exponentially: 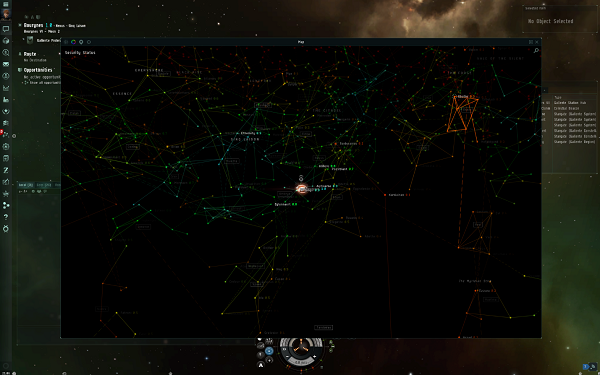 10 years ago, I would be shy to admit that I don’t have the patience, intelligence, or whatever physical property one needs to have to understand and get into a game like this. I would have thought that this kind of crushing complexity is necessary to create deep interactions between the game and other human players. I would have probably blamed myself for not being a better “gamer”.

Thankfully, some mobile games have shown me clearly that it’s possible to have simple mechanics that allow deep interactions, including social ones. And that makes me feel better for abandoning Eve Online again (at least for the next 6 months).

Dreams of the stars, shattered after 3 hours

Stellaris is the only game I pre-ordered ever. And it delivered – at least until I realized that I will never have a chance to finish a single game, ever. Intentionally picking the smallest universe size available, I set off to use my couple of hours of continuous free time I had to see how far I could get. The answer was not very far.

Three hours into the game, I hadn’t even met another major race, and I can’t even begin to imagine how much time I’d need to  approach the winning conditions.

Even on the smallest map size, I have no chance of finding continuous free time to finish a single game of Stellaris

Coming back to the same game a few days later, I have no recollection of what’s going on. I feel an urge to start a new game instead, then I remember I don’t have the time.

Just out of curiosity, I also tried to start a multiplayer game. Technical issues aside, once I finally got in, I was even more overwhelmed by the size of the map and the expectation that people have to stay online at the same times to finish a game. “Don’t these people have other things to do?”, I rush to judgment, until I remember I was one of those people not that long ago.

Goodbye Stellaris, I wish I could somehow zip you up and send you to 20-year-old me.

Mobile games succeed because of lack of friction

The mobile games I am currently enjoying are ok with me dropping in whenever, wherever, and for however short a period of time to play. They don’t punish me for being absent or leaving mid-game. They are easy to pick up where I left off, even weeks later. They allow me to play with my friends without all of us being online at the same time for hours on end. They don’t need my money up front, before I even know if I like the game or even if I have the time and mental effort required to play it. They always work instantly, taking less than 15 seconds to get into, including the time to take the phone out of my pocket and unlock it. They are painfully obvious how to play, sometimes even without a tutorial.

I believe this lack of friction has been an extremely important factor in the overall success of the mobile platform in games.

The direct experiences I described above, along with other things I occasionally read about, have really got me thinking about the amount of friction traditional gamers have been taught to endure in order to play a game – friction that has actually been increasing steadily over time. I believe this creeping friction has actively shut out a big part of the potential gaming audience from those platforms. Mobile games seem to have reversed the trend, partially because of necessity: It simply was necessary to make very simple games early on because of hardware limitations. I’m happy they did.

Going forward, I see some mobile developers missing this important factor when talking about what games make sense on the platform. They talk about bringing “real” games to mobile, and in the process see friction the same way non mobile developers do: As a necessary evil that doesn’t really affect players, or worse, not seeing it at all. They end up implementing mobile games that are dead on arrival because of long loading screens, confusing 3D controls, long data downloads on startup, login screens, server selection screens, etc. The thinking seems to be “it’s ok to do this, because console games do it”. It is the most common and obvious mistake I see on new mobile games I try.

There has been a lot of talk for years about how production values on mobile will improve and match that of consoles and PC games, especially as mobile hardware improves. These predictions have been mostly wrong so far, and will continue to be wrong as long as “higher production values” translates to “higher friction”. Vainglory isn’t a better mobile game than Clash Royale, and won’t be more successful, despite its usage of the Metal API, its ability to move the camera, or its higher production values (by console standards).

With mobile gaming being relatively new, I am looking forward to see the next generation of friction-free experiences we can get in the years ahead. Somehow I think they’ll be very different compared to the best of today’s PC and console games – and for people like me, far more enjoyable.