My personal crusade against mini-maps and other corner based HUD elements in immersive games.

How to maintain "immersion" in games? Easy, we need to stop put critical or often used info elements in the corners of a screen! Itï¿½s breaking immersion due to peripheral vision loosing contact with game world and subconscious reconnects with reality!
Andrii Honcharuk
Blogger
July 14, 2017

Hello my name is Andrii Goncharuk, but you can call me Andy, I'm a game designer working in Ubisoft, and to be honest... I’m at war right now...

I’m leading a crusade against main enemy of immersion in most of the games, bad UI design pattern! 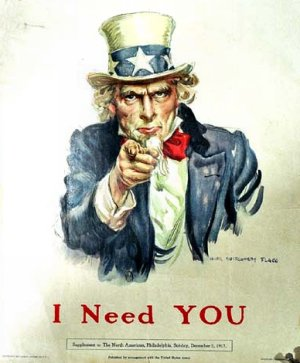 I need you! To join me in this fight!

Here is our common enemy!

Here is our enemy that  we are facing! 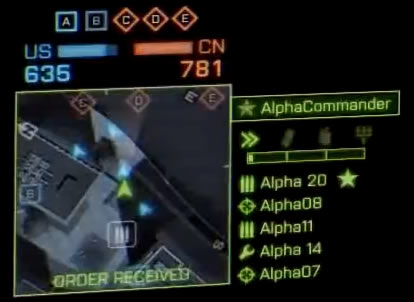 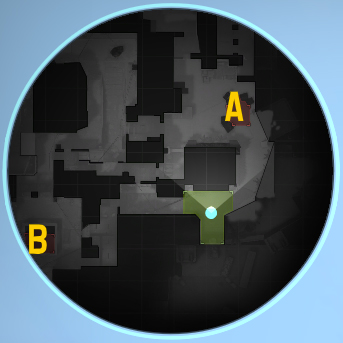 We need to stop locating critical, or often used info elements in the corners of a screen! It’s break immersion due to peripheral vision loosing contact with game world and subconscious reconnects with reality! You may ask: 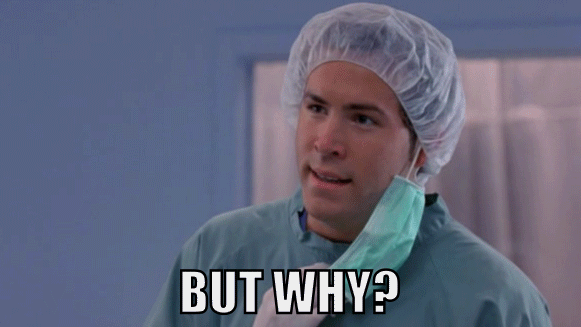 Because, good games like dreams, but often lucid, which is a bad thing.

lucid dream is a dream during which the dreamer is aware of dreaming. Almost all cases when we play games and not fully immersed we basically have a lucid dream.

We can compare game with good immersion to a dream in which we can’t be sure is this real or not. If you ever had a lucid dream or suddenly switch from usual dream to lucid one, it was probably because you found something that you successfully recognized as impossible or not fitting to this “dream” world, based on you real world experience. In short you switched to lucid dream because you found a “bug” or inconsistency in this dream world that pulled you out of it. 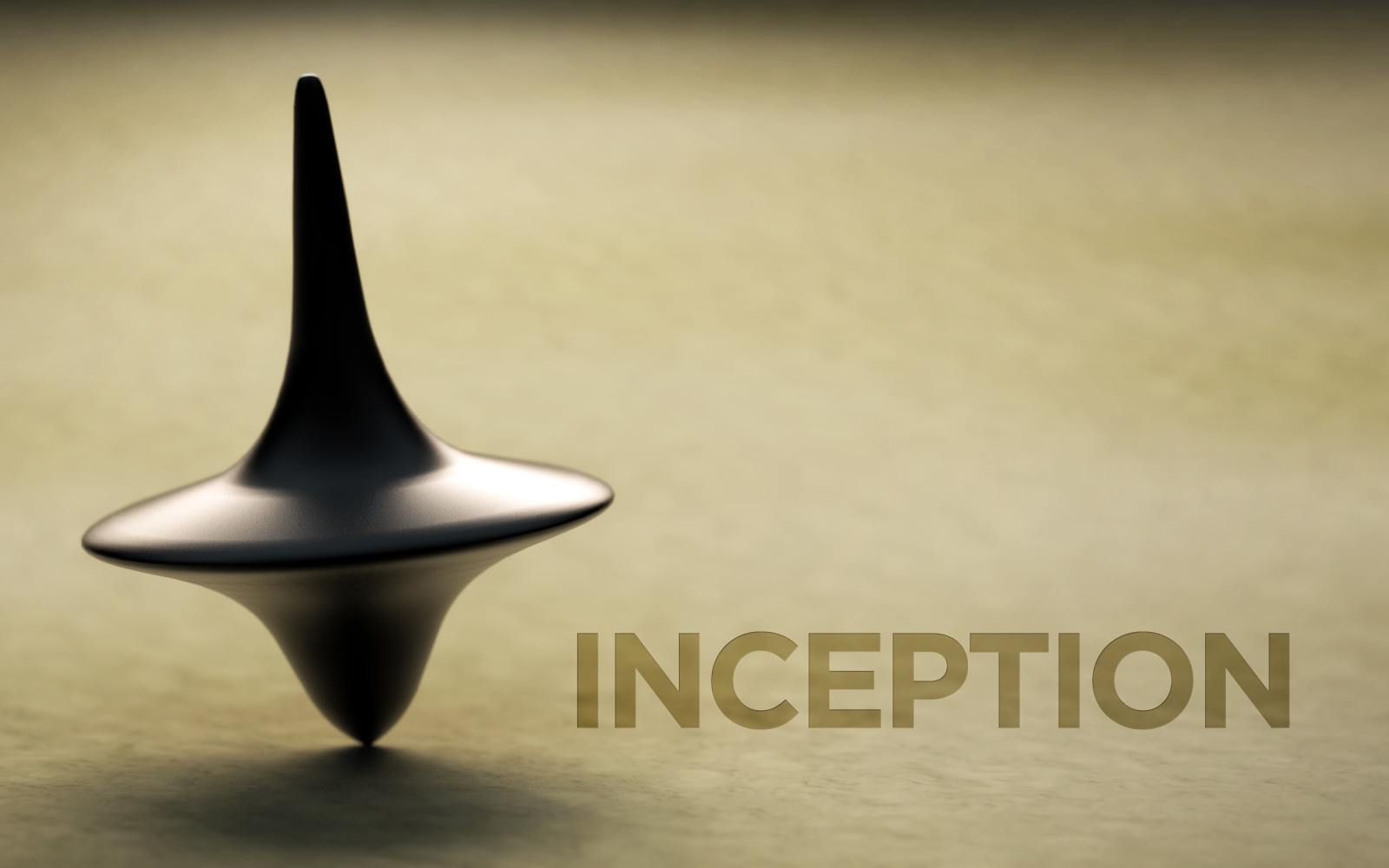 To keep player immersed we need to keep players attention in the game world. One of the obvious thing that can pull us out is our real world environment. Whenever your sight wanders to a corner or an edge of a screen, boom here is your reality facing you, and immersion suddenly broken. Why your subconscious suddenly realized that it’s not in a game world, but rather in a world that real.

Eye is not a camera!

We need to know how human sight works, it’s not a camera with certain field of view and resolution, it’s not a matrix of evenly distributed light sensitive cells. If we would try to reconstruct how human sight actually see world around it would be something like this: 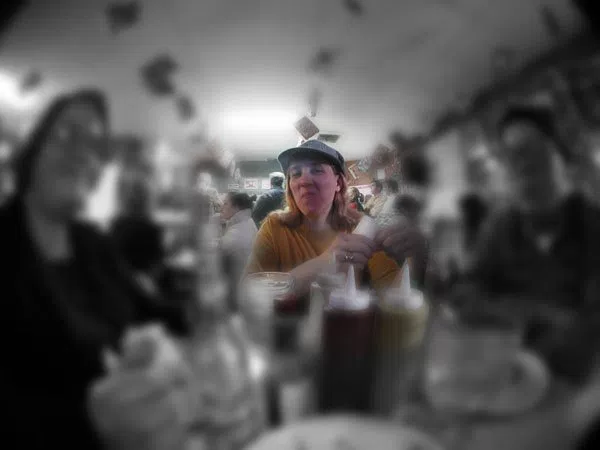 “It’s not true! I see world not like this!” - you may say. Well, to be honest, You not seeing world like this, but your brain do.

Vision: foveal, parafoveal and near peripheral and peripheral

Virtual reality helps to cover all of them, this is why VR is really strong when it comes to immersion. Monitors that closer to player sights sometimes successfully cover all near peripheral sight and TV’s with console games usually works in a field of half of near peripheral sight. Approximately half of the nerve fibers in the optic nerve carry information from the fovea zone in human eye, other half is on everything else. 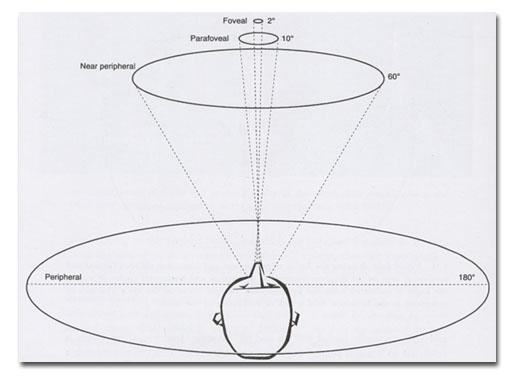 Two main flaws and how brain fight them

Actual vision have two flaws: a blind spot, and a really narrow foveal spotlight. Both of this flaws completely ignored by consciousness, but our subconscious is always aware of them and try to fix them, reconstruct info to have full picture of reality, on of the hot-fixes that nature have for use is saccades.

Saccades, and why it’s important for game designers to know about them

Saccades - simultaneous movement of both eyes between two or more phases of fixation in the same direction.

Saccades allow us to move our eyes really fast creating a mental picture of a world around, and this is where we get back to our theme of dreams and immersion in games. When we try to recall our memory or when we record our visual experience to our data storage in brain, it usually consist of actual visual data and “virtual” reconstructed data, created by brain. Detailed info gathered by foveal vision and blurred not sharp data of peripheral vision plus reconstructed and added data that our brain created from previous memories help us to record new experience. This is a constant process that happening all the time, and our feeling of where we are are based on that stream of data that flows in front of our attention. So, basically, more data from foveal and near peripheral sight is consisted of Game World, more feeling of immersion and being “submerged” in game world we have, plus our imagination and “fake” data that our brain create in process. 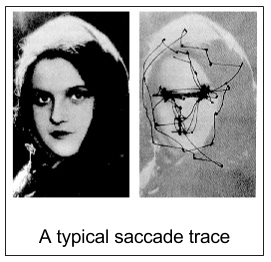 It’s important to do playtests with eye tracker to gather info what players look at most of the time. Here is example of a gameplay recorded with eye-tracker turned on:

It’s not a best example because it’s accepted for this game to be not 100% immersive, especially in multiplayer, but you can clearly see that eye travel to minimap and ammo all the time back and forth, and here is another example:

Overwatch still has some crucial info located on the sides of a screen, but they are not that crazy important as minimap or ammo counter in Call of Duty.

One of the most popular UI layout available with mods in World of Warcraft: As you can see everything is located as closest to center as possible, and in this case it’s more about efficiency, all crucial info is located right in the middle where your eye sight is.

I’m aware that by rules of composition and general rules of “beauty” plus some UI guidelines it’s far from perfect, you can even say it’s ugly in it’s own way.

There is particular genre of games that basically 100% depends on immersion, it feeds on it. Survival horror games, here is one of the examples, Outlast with camera HUD on: 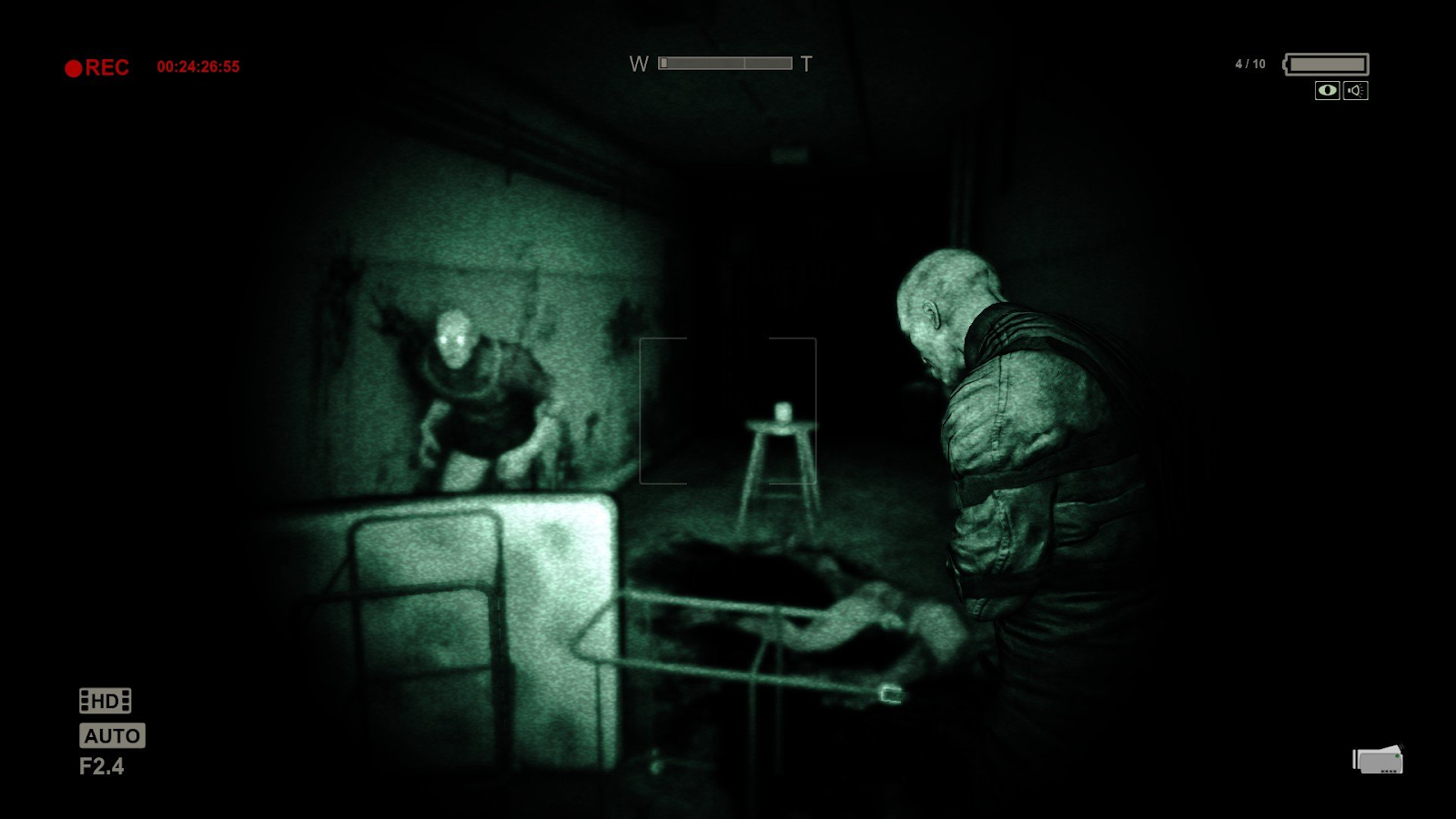 Well, you could say:

- But wait, Andy, there is, elements on the sides of a screen!

Well, yes you will be right and wrong at the same time, this elements not holding crucial information that changes rapidly, this info being static filters out by our brain and human eye won’t wander to them often. In Outlast you won’t spend much time checking is camera in HD mode or not, is it recording or not, what is battery level, or else, you got the idea.

Here is another example of a good implementation of HUD that reinforce core pillars of the game, working fine and supports immersion. Other game is Dead Space, being 3rd person it’s still making a good job of keeping players attention in the game world: 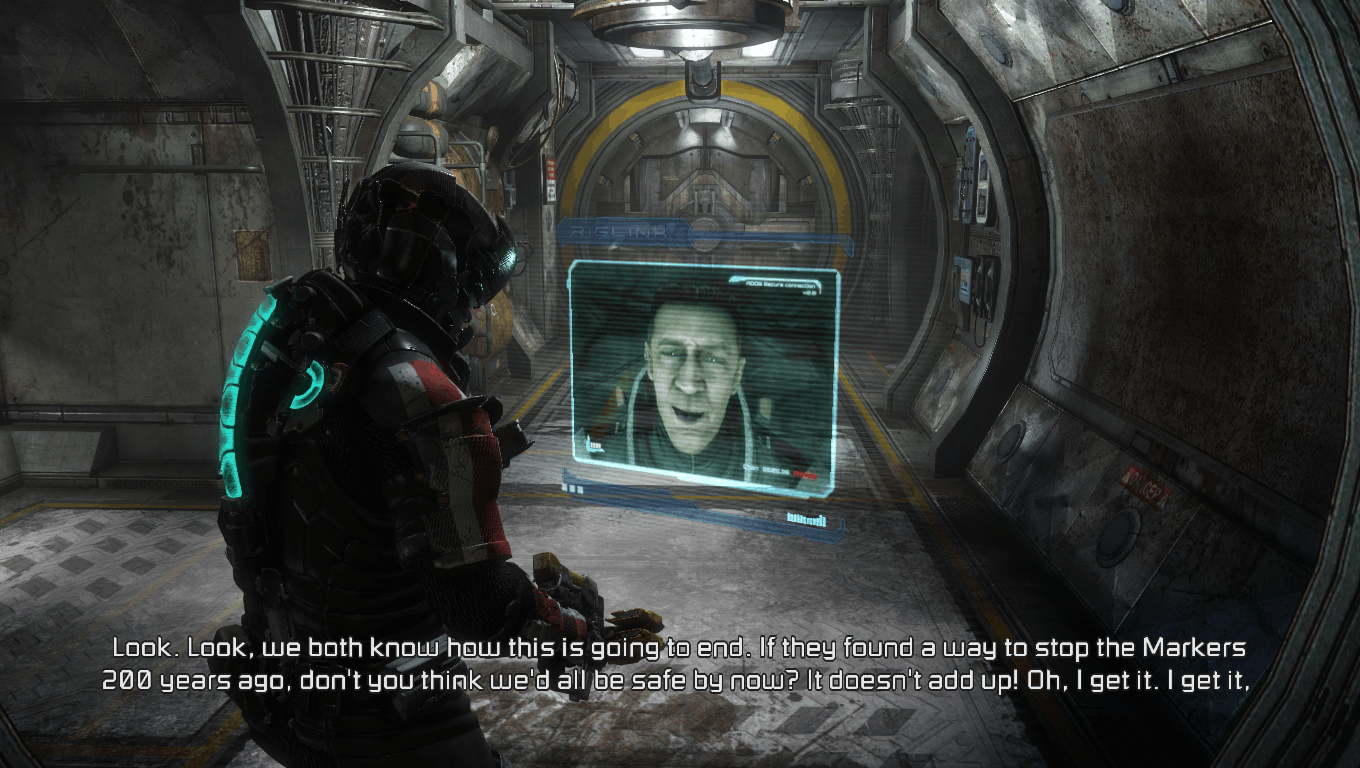 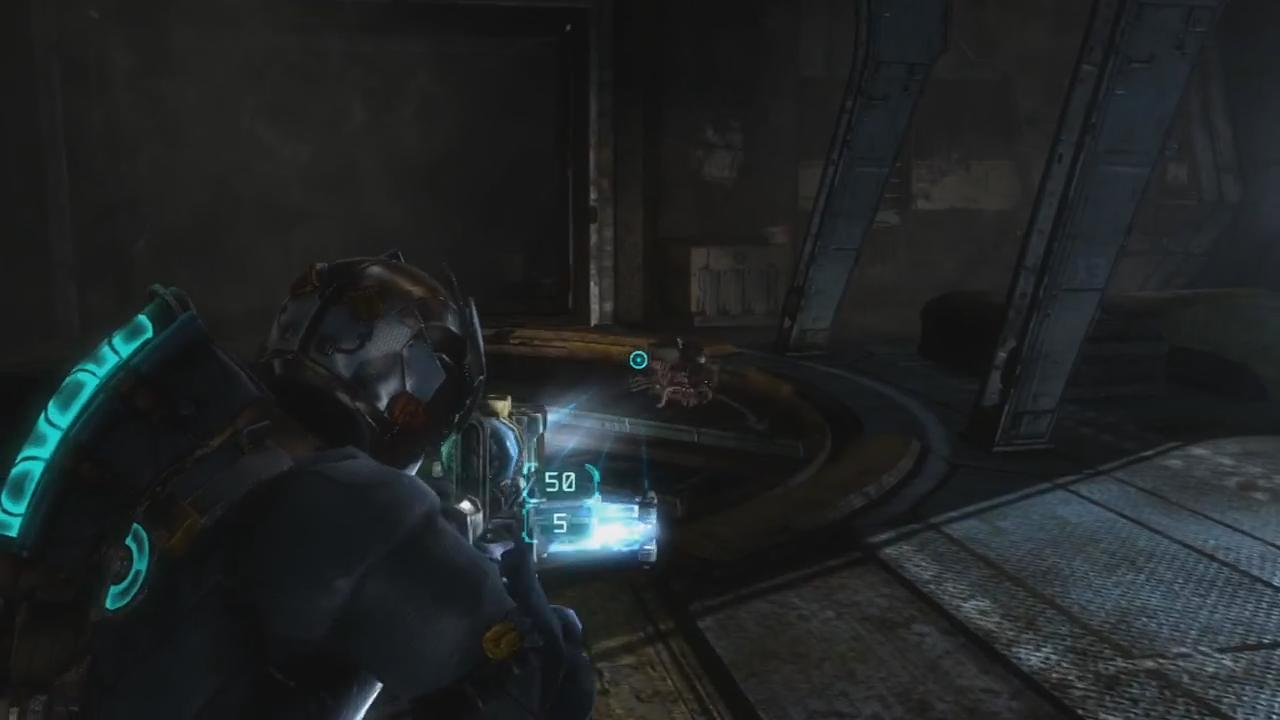 Good thing about Dead Space UI is not only about it(UI) being diegetic, but also being located in foveal vision most of the time. You won’t be able to find anything important in a corners of a screen while playing Dead Space, developers were perfectly aware of how to keep players attention inside the game world and scare the shit out of them while doing so. 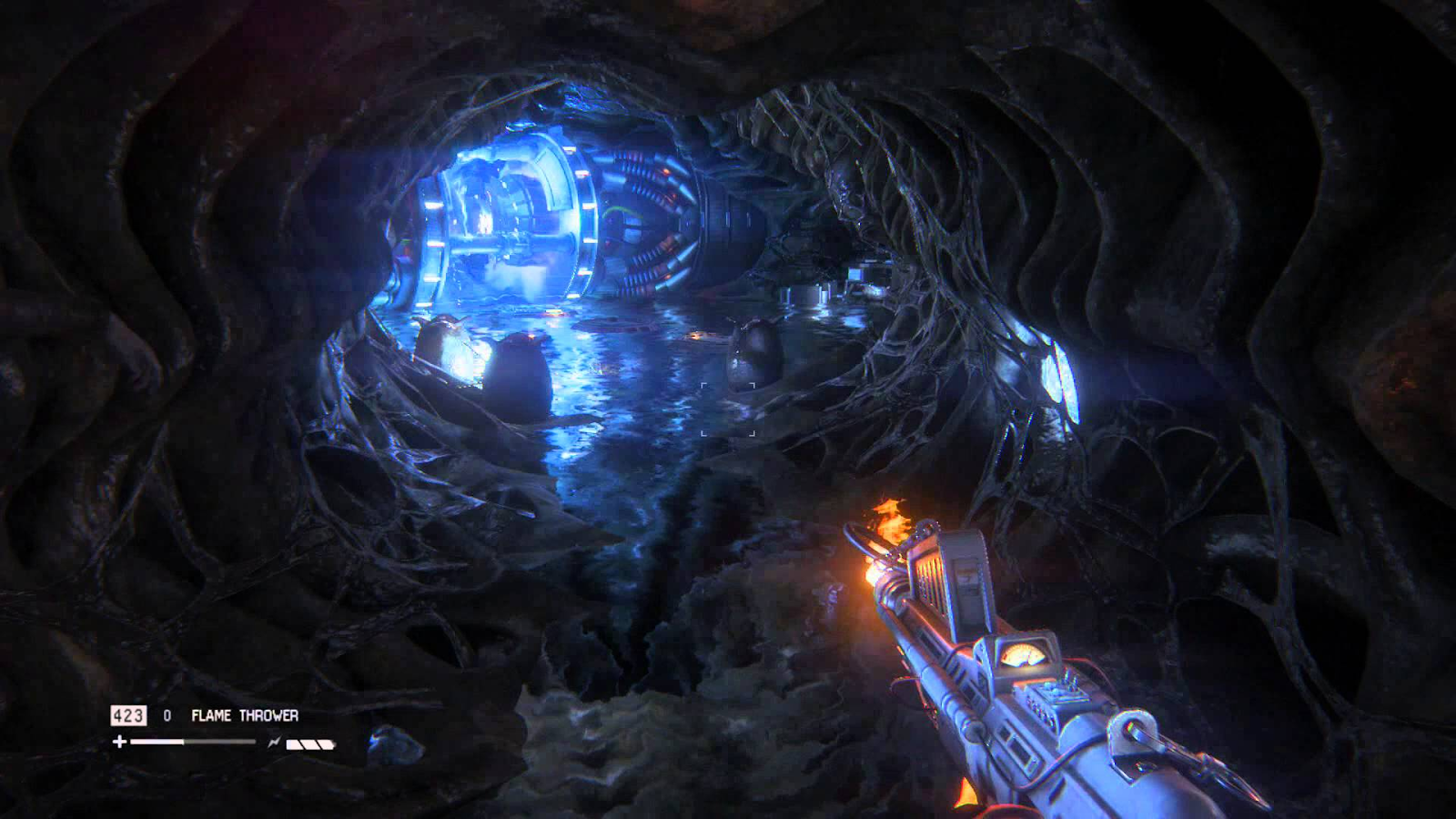 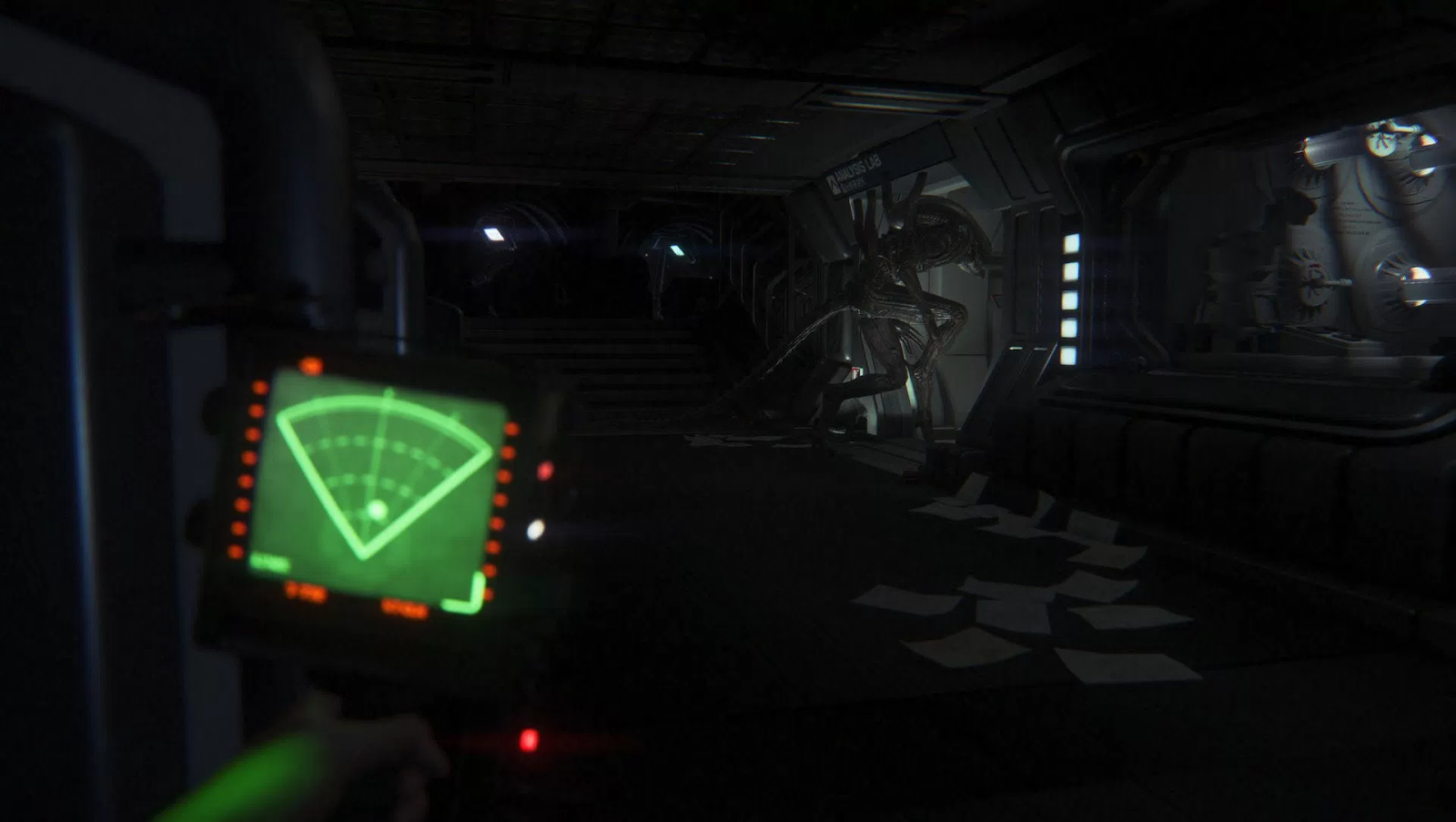 Ignoring corners not always way to go, sometimes corners can be filled with static elements that never changes, in that case brain filters them out like for example brain filters nose that we actually constantly seeing. 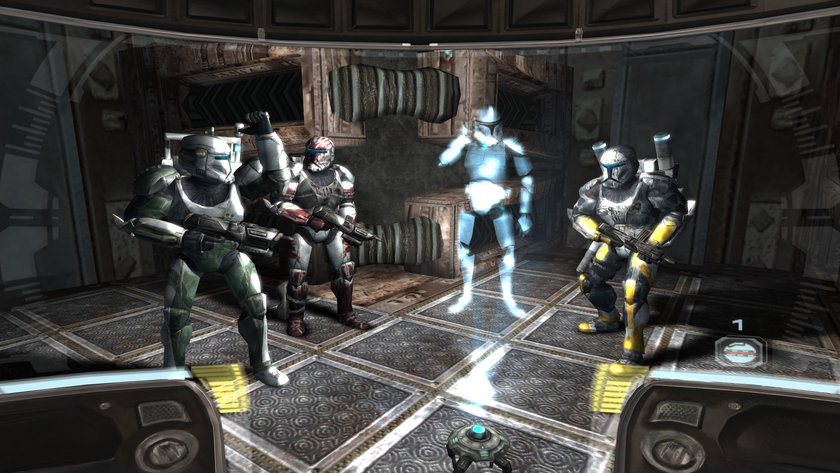 This trick can reinforce immersion even more! 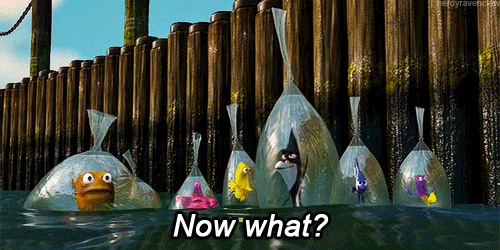 We need to build all games now with all UI elements in the middle of a screen?

No, of course not, all this important to keep immersion and attention on the game process, but it’s not always the only way on a contrary, it’s only helps and supports and main parts is gameplay itself, all use cases are unique and requirements are always differ from game to game. 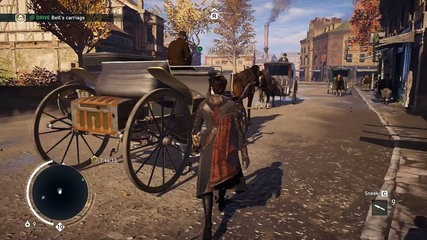 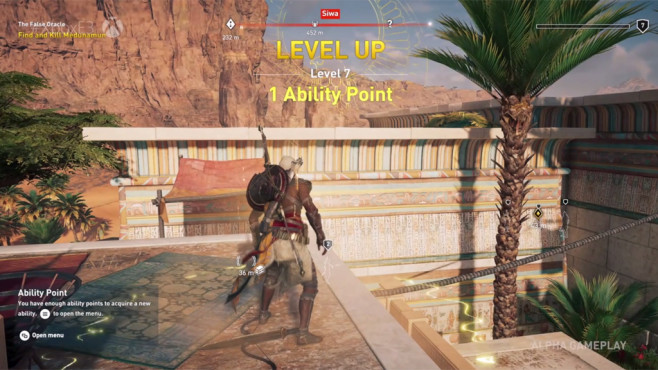 An Introduction To The Attentional Spotlight by KEVINBINZ