Miasmata is an interesting independent game that combines Far Cry 2, Amnesia and Myst. Here are some of my impressions.
Krystian Majewski
Blogger
March 13, 2013

The games industry has a sickness. It's an acute lack of innovation. We don't have a cure yet. But here is a mixture that may provide temporary relief: mix equal parts Far Cry 2, Amnesia and Myst. You get Miasmata.

Just like Far Cry 2, Miasmata is a first-person open-world game. You are free to roam an exotic jungle. The game worlds consists of a lush, natural environment - something that is notoriously difficult to pull off with polygons. Like in Far Cry 2 a big part of the game is survival. There are camps on the island where you can heal up and save the game. The most dramatic gameplay moments occur when you struggle to get to the next camp.

The game is played "modelessy" in first person. Which means there are (almost) no 2D interface elements. More importantly, there are no in-game 2D menues. If you check your map the player character actually takes the textured 3D object of a map and holds it in your viewport. You also collect various documents and notes which end up in an actual 3D notebook. Far Cry 2 did this to enhance immediacy and immersiveness. That game was very much about putting players into a desolate war zone and not providing any means for them to distance themselves from the situation. Miasmata tries the same and it works although I feel it's less justified here. 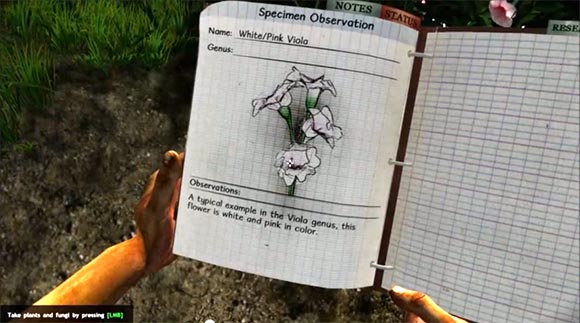 Miasmata adopts the "modelessness" of Far Cry 2. While successful, it remains a solution in need of a problem.

Like in Amnesia there is actually no real combat. There are no firearms of any kind. Unlike in Amnesia there are at least daggers and you can throw some stones. I'm not going to spoil how they are used. But you never actually kill anything and anybody. Like in Amnesia, the game focuses very much on creating drama by making the player feel weak and vulnerable.

A more stylistic relation to Amnesia is a focus on the manipulation of chemicals and victorian-looking scientific tools to solve puzzles. Although Amnesia is more super-natural/alchemistic while Miasmata plays it slightly more realistic. 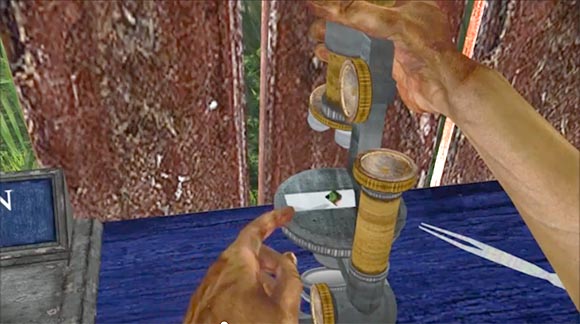 Refreshing to play as a character, whose special ability is not punching people but doing science.

Like in Myst you start on an Island. There are no people on the Island. The Island is full with abandoned houses, ancient ruins and mysterious statues. You find documents that hint vaguely at a story. But the experience is more about figuring it out yourself while soaking up the gorgeous environment and the enigmatic atmosphere. Unlike Myst this game features fluid FPS controls and real-time 3D. There are no actual mechanical puzzles either. No button pushing and gear turning. But with combat not being part of the gameplay, your challenge is more of a cerebral nature.

And finally, there are some very interesting aspects which I haven't seen in a game yet. I really love the way the map works in Miasmata. The game doesn't keep track of your position on the map. You need to figure it out by triangulation. This sounds more complicated than it is. In your viewport you simply click on two landmarks you already know the position of. The player character will automatically draw two lines on the map at the right angle to each other. Where they meet is your current position. Every time you determine your position this way, a small area of the map around you will be automatically revealed. So you can actually chart the whole island this way. But you need to explore strategically. You need to keep climbing hills and carefully preserve line of sight to already established landmarks. It is a fascinating, new idea. It conveys an an unusual concept of exploration which seems authentic and provides unique, engaging interaction. 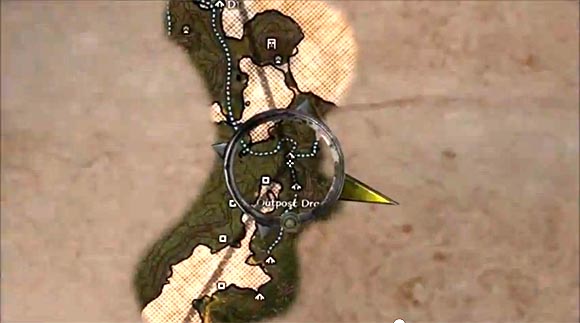 The triangulation of the player's position is one of the game's most unqiue mechanics.

The game also features realistic walking. By that I mean you are not blessed with that one super-strength we all seem to take for granted in an FPS: immunity to stumbling and falling. If you steer your character over a steep incline, you will slip off and tumble down the hill. If you run down steep a path without controlling your speed, you might get your feet twisted and fall over. All of this can make the previous task of always having to seek out vantage points to triangulate your position REALLY interesting.

Miasmata is an indie game made by two brothers. So yes, there are a lot of unpolished bits. When interacting with lab tools, there are no sound effects. The plants looks nice but all human and animal 3D models are horrible - "my first 3D model"-level-horrible. The designers dodged around an inventory system and arrived at a very unintuitive and disappointing solution. You may think that a game about collecting plants would give you some sort of bag or a backpack or at least pockets...

Gameplay-wise, there are other bits curiously missing. The game details some aspects of outdoor survival in a painstaking way. Yet, you never have to eat. You just need to drink regularly. Apparently that is supposed to be a stand-in for supplies in general. Curiously, there is a great deal of fauna being simulated, sometimes even down to individual bugs. It makes me wonder if food management was part of the original game design.

I like the nuanced way the story is conveyed. But ultimately, it just never goes anywhere. Considering how many ancient ruins you find, there is pretty much nothing to be discovered about them. You find a lot of corpses too but you find out next to nothing about those people and why they died. The elements for a great drama are in place. They just have never been taken advantage of. Oh, and here indie dev protip: if you work on your game for such a long time, for the love of god spend the few bucks on ANY KIND of voice actor to read the few diary entries you left for players to find. There is no bigger turnoff than finding a page with a wall of exposition text on it. Voice actors are the cheapest way to improve your game's perceived production values. 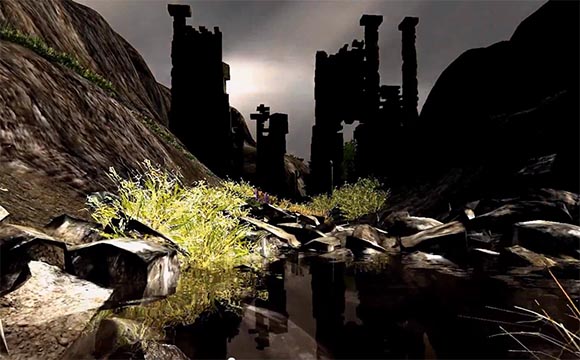 One problem the game runs into I'm familiar with my work on TRAUMA is a certain redundancy in the items you find. You collect a lot of plants in Miasmata. Because you can go everywhere, the designers couldn't anticipate in which order you find the plants. So a lot of the plants you find do the same thing just to make sure the players will be able to do those basic things no matter where they go. This is great at first. But by the end of the game it can feel quite disappointing to discover that the new plant you found is the just the 4th variation of the same basic healing plant. In general, there is not much you can do with the plants anyway. The developers tried to come up with some tonics other than "healing" but didn't seem to find anything interesting.

Finally, the game has been released on a self-made engine. It is a perfect example of why it's the worst idea for a indie dev to attempt. Even if you make it, you just end up with a horribly un-optimized engine. I just bought my Notebook recently and had to turn most effects down to quite unflattering settings. Which is a pity, because a big draw of the game should have been the lush, natural environment. I saw other people having much better results so this may be a driver issue. Yet, I don't think I would be having the same problem if this was the Crytek Engine.

The above mentioned shortcomings shouldn't stop you from trying the game. In fact, this interesting article makes a great point about how a game like Miasmata should be held to different standards. Because as far as creativity and innovation goes, we hold AAA titles to much lower standards than independent games. I had a fantastic time in Miasmata. It inspired me a great deal. It should inspire you to. Do yourself and some smart indie devs a favor. Try it out on Steam.