Making Small, Big (Or, The World Is A Character Too!)

Let's take a look at how a game's world affects its impact on the player.
Robert Walker
Blogger
February 14, 2012 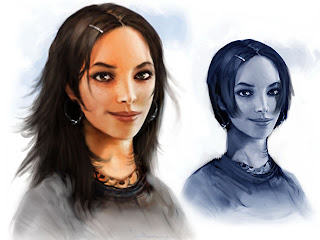 Over the Christmas holiday I finally sat down and went through a few of the games in my backlog. Among them were Radiant Historia and Bastion, two excellent games that everyone should take the time to experience. Both of these titles make the attempt to get the player engaged with and attached to the world they present, though they do it in somewhat different ways. This focus on player engagement with a world got me to thinking about various games I have become attached to over the years, and the difference between creating large worlds, and worlds that feel large.

I will preface this conversation by stating that the opinions offered hereafter apply mainly to games in which story and engagement with the world is a primary factor in game-play. I am a fan of other, more action-oriented titles, but this conversation is not for them.

Long ago, in a land far away, there used to be these mystical collections of writings which people commonly referred to as “books.” Many of these books contained tales of worlds as far and wide as one’s imagination, but due to the limitation of the medium, being that you can only describe so much at any one time in a coherent manner using words, these books generally focused the reader on a small subset of the world, commonly revisiting locations presented earlier in the story. Through clever use of dialog and other narrative techniques, these books were able to create in the reader’s mind a world that was much, much larger than what was actually penned by the author, while bringing the reader to fall in love with the locations that were purposefully designed. 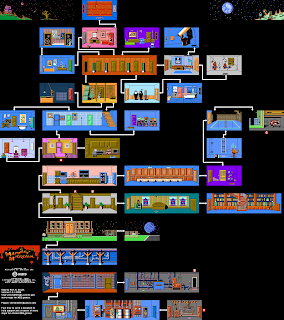 In the earlier generations of gaming, specifically the 80’s and 90’s we had such classics as Monkey Island, Maniac Mansion, the early Final Fantasy titles, Chrono Trigger, The Longest Journey, the list goes on and on. All of these titles were released at a time when there were pretty strict limits on both what content and how much content you could stuff into a single experience. To compensate, the developers were forced to reuse assets and locations, and to center a story around a small subset of the larger world they would have otherwise liked to create. Ever since, as technology advances, we have been trying ever harder to create larger and larger, more expansive and detailed worlds for players to become immersed in. Not that I think this is in and of itself a bad thing, but I’d like to posit that maybe it is not actually the correct direction for getting players immersed and interested in your world.

I like to think of the locations in a game in the same way one might think of its supporting characters. The more time one spends with a specific character, the more one becomes attached to that character, their history, and what happens to them. It also gives the designer a chance to introduce the true characteristics of the character, or in this case, the world. Rather than appearing large and intricate, it gets the chance to actually feel large and intricate. This is an important distinction. Creating a world that is large is not the same as creating a world that feels large, and yet, one of these takes much more effort on the part of your artists and other talent. 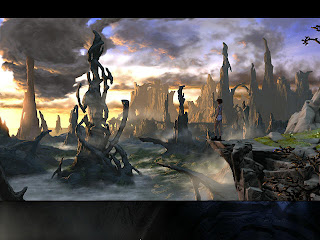 It is no secret that two of my favorite games are Ragnar Tørnquist’s The Longest Journey and Dreamfall. In these games, Tørnquist presents a world, or set of worlds, technically, that are both massive and sprawling in terms of how they feel. These games, however, physically present a very small subset of the world. The Longest Journey, or TLJ, effectively took place in 9 areas: Newport, Marcuria, the Banda village, Roper Klacks’ castle, the Maerum village, the Alatian island, the space station, the Guardian’s Realm, and the area in which you start the game, which I won’t name to avoid spoilers. Each of these places had somewhere around 3-5 subsections, things such as the inside of a house or another part of a village, but ultimately, the entire game centered around these 9 places, which were not very large themselves (with maybe the exception of Newport, since travel was done via subway).

Having such a limited selection of locales worked greatly to this game’s favor. The player spends the first several hours of the game becoming familiar with Newport, with its people, its culture, and the general lore of the world before you are suddenly shifted to the next area (pun totally intended). The amount of time the player spends in this area gives them time to bond with it, to feel like they have mastered its ins and outs, and to feel like it is a “home base” of sorts. Once ripped from it, the player experiences the exact bewildered and slightly curious feeling the designer intended. They have become familiar with the intricacies of “home,” but now there’s a new and potentially dangerous place to explore. If the game had been about exploring area after area all along, this transition would lose a large part of what makes it special. 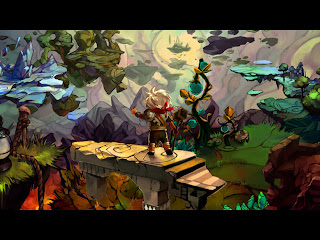 With few exceptions, the game continues in this manner, giving the player a chance to familiarize themselves deeply with each area before pulling them away, occasionally back to an area they’ve already seen. In the instances in which the player is returned to an area they’ve already seen, they are expected to have already become so familiar with the area that they can connect the plot points without a big “Megaman Megaman, there’s a thing!” explanation (warning -- language).

By including the world as a character in the story, a designer embeds not just memories of the characters and events in the player's mind, but also memories of the experience. Done correctly, a player will look back on the game and think "I want more stories to take place here." By focusing on specific parts of the world while alluding to larger things, the designer is able to get the player to feel more like they are going on an adventure as they are shown more of the world little by little.

On the other hand, creating a world that literally is immense is a risky proposition. It requires much, much more in the way of content to get a player to stay in one area long enough to come to appreciate it. Adventuring is much like eating cookies, an awesome snack in-between meals, but if all you find yourself doing is running from one place to the next, the adventure-cookies start to become much less awesome. Gorgeous vistas are great, but more so when you have a reason to appreciate them, rather than just running into them as you go from Town #631 to Town #765. I think you will find that even (good) games which literally have large, expansive worlds tend to focus on smaller sections, essentially marrying the concept of making the world feel large with making the world actually be large. 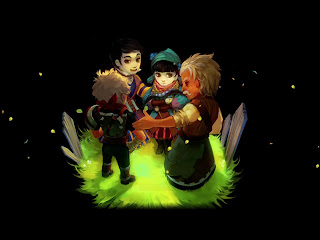 Done improperly, a world that actually is large but is merely a placeholder for the content therein tends to feel empty, and much smaller than it actually is. I am sure we have all played games with huge areas between plot-points that are essentially nothing but the terrain-engine writer's desire to show off their work. The games themselves contain the same amount of content as a much smaller game, spread over a much larger area, and result in feeling like there is less to the world than if they had simply created a smaller world. I have seen many titles fall into this trap, and I have been guilty of it myself.

In summation, your game world is going to exist, use it. If getting your player properly acquainted with your world and telling your 90hr epic tale is not going to fit in your budget and schedule for a single game, it is better that you condense everything into a well-crafted-but-smaller package than attempt to speed the player through your world so that they can experience all the content you want to show them. Just my two cents. Let me know what you think in the comments section.