Chella Ramanan is the cofounder of POC in Play but is currently a narrative designer Ubisoft Massive Entertainment. In this post, we go through a range of topics about diversity, writing in games, and a blossoming industry in interactive movies.
Brandon Pham
Blogger
July 20, 2020

(This is an interview conducted on the Game Dev Unchained podcast, an audio podcast that has been transcribed into written form. Please forgive and assume anything written that seems off to be completely my fault and not of the guest. Thank you!)


"The thing that lots of people do with people of color, when they’re writing with people of color is that they reference movies. They think the black people in movies or tv are real black people, but they’re obviously not. Black people tend to be stereotyped and they tend to be from a very small pool of what that community is really like. Don’t use Hollywood shorthand to inform you what you think a group is. By far, I think that’s the biggest, BIGGEST mistake." 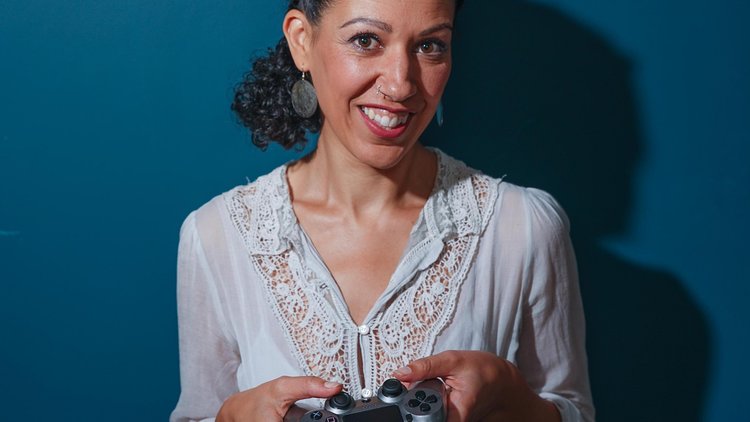 We love telling stories here on Game Dev Unchained, so much so we do it each week rain or shine with a new guest but this week was special. We got the opportunity to interview Chella Ramanan about character and story for games. Concentrating the topic both on the micro level and macro level of general ways that the literary arts is helping deliver the goods in the game industry. We touched on diversity issues in development as well. Chella had just a brief time off before her new gig at Ubisoft starts (at the time of this interview) so we were ecstatic to get the chance to work with her for this week’s post Here are some of the notable excerpts from the interview.


Chella: “My name is Chella Ramanan and I'm a videogames journalist but not for much longer. I've been writing about videogames as a journalist for about 18 years. I’ve written stuff for the Guardian, the game section, and I’ve just written my last column for gameindustry.biz who are based in the UK. Additionally, I'm the co-founder of POC in Play which is a diversity organization which focuses on improving the representation and visibility of people of color in the games industry. We’re based in the UK but hopefully one day we’ll be international. Furthermore, I’m a game developer as well. I’m working on a game called Before I Forget, which is a narrative adventure game about a woman with dementia.

With my partner, Claire Morley, we’re 3-Fold Games, a little micro studio. I’m currently working on another game called Windrush Tales, which is about the Windrush generation… And last year was the 70th anniversary, my dad was part of that generation so I wanted to celebrate it but then we found out that our government was trying to send / deport some of that generation under the hostile immigration policy that our government currently employs so it just made that game even more worthwhile to make.”

Larry and I have been in the game industry for a long time, and I’ve looked primarily at the design discipline and the writing team as the main measure if the game is going ot be fun or not. However, the game industry is still very much referral-based. We hire the kind of people that we know and that we’ve worked with before, who has a very similar type of thinking as ours. Those two disciplines, writing and design, I feel, have the most influence on how the game shapes and forms. As an artist, we get our directions from those two teams, so as I'm talking to both a writer and designer, I would love to know your perspective and thoughts about that.


“Well, I mean, I haven't really worked in big teams, but that’s about to change as I’m about to join Ubisoft. But in terms of my teams, I was thrown together with the people on Before I forget, and although there were only three of us, and I was the only person of color, we were all women. There were moments where I said "Oh, I just quite like her to be Asian, to be Indian." And they were just like "Okay, fine cool." That was nice, but my own personal experience differs from my peers who are still are in small teams. Some have sometimes struggled to get their voice heard or their perspective is sometimes overlooked. So that is a bit sad and sort of dispiriting and wearing down that person. There’s a lot of emotional labor in that being the lone voice that perhaps isn’t listened to.”


Chella: Yeah DON’T EVER DO THAT (Laughs).

Well as the designer of the group when did you see that transition in your life occur. Were you always interested in game development or maybe because during the journalism you’re like ‘Oh, I actually want to try my hand at it now” Tell me the story of how you got into game development yourself and how great it’s been?


Chella: So I’ve always been writing fiction on the side and that was my first love. My goal was to be a novelist. Which is a very common goal. I mean, if you had a penny for every journalist that wants to be a novelist, we’d all be rich. So I was always attending either writing classes in the evenings, or I was writing something.  I think, at that point, I was running a writing group and seriously working on a novel. At about draft 3 of my novel I came across this ad from gameindustry.biz. It was an article about writing for games course with an organization called the Argonne Foundation. Which is a really highly respected writing foundation that does writing courses across all sorts of disciplines: playwriting, radio writing, biographies, all sorts of things. When I saw the ad I was at the Ted Hughes and Sylvia Plath House, which is up in Yorkshire, and the Tutors were David Varela and John Ingold and guest tutor Rhianna Pratchett, During that time I was already going on writing retreats and I writing about games, so I was like “Oh this is a cool intersection of things I enjoy.” I immediately signed up from the ad and it kind of changed everything. It changed my perspective and my focus. because I thought "Oh, this is something I can REALLY do, and I enjoyed it. It was a week residential and from listening to the Tutors and their journeys I picked out the common threads that they’ve done, which was all different types of writing. I went home and decided “I’m going to start looking at interactive fiction and write a game.”

With Games writing, you have to write a lot more dialogue than other mediums because of options that players can take and different scenarios you have to think about. Most of the writing, players may not even get to, and more recently many other AAA developers (sans Sony) are moving away from that and are more in line with player choice driven story. What’s your thoughts on it?


“Well I think there’s space for both… I suppose you have companies like Telltale, that have tightly written stories but are very good at giving the illusion of choice and getting the player emotional investment through the sheer craft of the choices they give you. But in my personal choice, I do like the Uncharted games. It's so beautifully written… We’ve always been searching for that game that feels like a movie and Naughty Dog gives us that. It’s a sheer joy to play in that respect. It’s living out that dream of being able to sit on your couch and play a game that feels like a movie and they did it perfectly.

I do prefer that than more open world games. It’s hard to create a satisfying story experience in an open world, which is a real challenge. It’s one that narrative designers are having a good go at it. It’s one of the things that really sets us apart from film, to give the player this open world where they can do whatever they want while also making it feel satisfying with a narrative that isn't packed on. It’s a challenge, but what’s great about games is there’s space for a variety of things.”

It’s fair to say the game sizes 10 years ago, were super small. It’s like going from one writer at that time to now  with you bringing up Uncharted, Assassins Creed, you have macro story and micro story, you have side quests,  and additional content… There’s narrative designers who’re focused on dialogue then there’s "I’m doing the overall story!" There’s ‘I just build lore that goes on the website’... We’ve grown so much as an industry, and I’m proud. But I imagine it’s hard to do a macro story that’s just as fine tuned and hand crafted as micro story.

Do you have any successful techniques or suggestions for people who may be in the scenario where they’re thinking ‘I’m going to be writing somebody (culturally) unfamiliar to me?" Tips for writing with a different perspective?


“Well I suppose the thing that’s good that we have now is the internet and social media. There’s “Black Twitter” and Irish Twitter, Jewish Twitter. That’s a good place to start to see what conversations those communities are having, what their concerns are, who they’re listening to, who their spokespeople are, and the media that they go to. After following that, immerse yourselves as writers, filmmaker, theorists from that group, and marginalized voice (wherever they may be.) You can also do consulting with people, especially if it’s a commercial product. Pay a consultant to look over what you’ve done to help you get it right. Overall, just try and immerse yourself. Because the thing that lots of people do with people of color, when they’re writing with people of color is that they reference movies. They think the black people in movies or tv are real black people, but they’re obviously not. Black people tend to be stereotyped and they tend to be from a very small pool of what that community is really like. Don’t use Hollywood shorthand to inform you what you think a group is. By far, I think that’s the biggest, BIGGEST mistake.”

[this is a repost from www.gamedevunchained.com- the original article can be found here with resources and links]