In aesthetics, the uncanny valley is the hypothesis that human replicas which appear almost, but not exactly, like real human beings elicit feelings of eeriness and revulsion among some observers. It happens because there are differences between expectation and experience. On this replicas and human case, it is a fear of the alienation of human. But we can find such dissonance in other areas. For this article, the dissonance lies between graphics and game mechanism called ludographics dissonance, which is inspired by the concept of “ludonarrative dissonance”.

As a formal system, games are a stylization simulation of reality. Game mechanism always reflects some real world’s rules in a relatively abstract way, because it is too complex to reappear every detail in the fiction world and it is unnecessary to do so.

When the connection between games and reality is weak, games such as Tetris and Bejeweled only presents simple and primitive challenges like reaction speed or hand-eye coordination, thus the pleasure is limited. But if we offer an alien-invading-earth backstory to a game like Space Invader, with those alien sprites, though still a simple arcade game, it can make players feel more about that intense emotion.

Besides storytelling and graphics, the mechanism has improved to offer more believable experiences. Taking Pac-Man for instance, there are 4 ghosts in the game: Blinky, Pinky, Inky and Clyde. Unlike other silly enemies at that time, these ghosts have different simple strategies in their action patterns. But combined together, they form a smart group chasing the player in an efficient way. 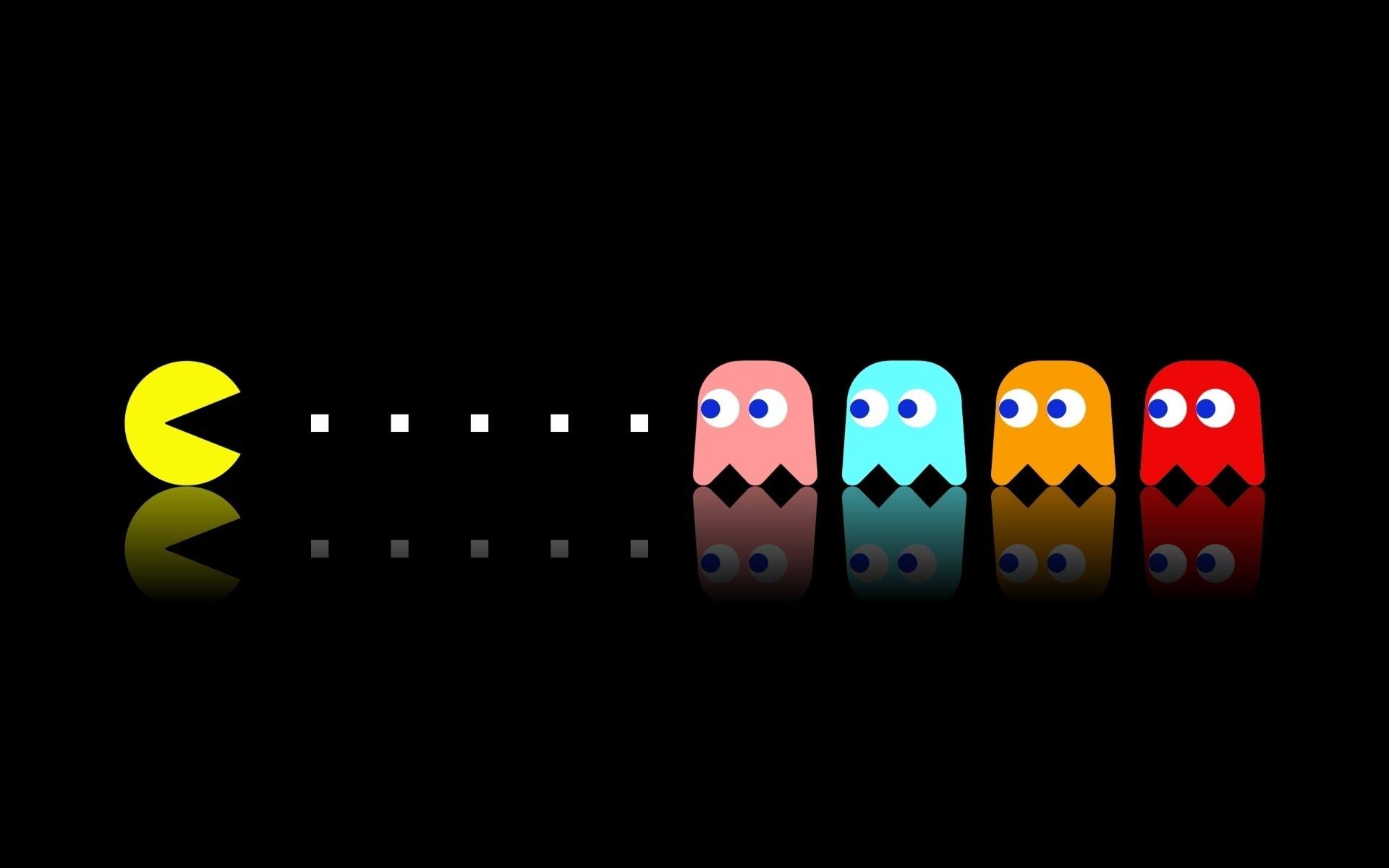 In that early years of video games, the more a game can simulate the real world, whether it is about graphics or mechanism, the better rating it will receive. There is another example of this: Metal Gear is the first video game that takes stealth element into gameplay, it is not only a great innovation but also a more accurate simulation of real life battleground.

The gap between immersive experience and AI design

As this process continues, we have more vivid graphics and more complex mechanism nowadays. We should have better immersive experiences with all of those advanced technics, but I always have some strange feelings in recent AAA titles, especially for stealth games.

Don’t waste time in topics like why doesn’t character need to pee or how can character sprint all the time without rest, I want to talk about the gap between immersive experience and AI design.

For example, Dishonored is one of my favorite video game, it belongs to the stealth-action genre or so-called “immersive sims”. As the propaganda implies, I want to be that supernatural assassin and deal with my enemy secretly. But after playing for a while I found that there are always some kinds of rigid patterns or unnatural traces in enemy’s action. And the most important issue is that you will finally realize solving problems in gamer’s way is much more efficient, rather than the assassin role you want to play. Whether intended or not, its existence has broken the suspension of disbelief and contradicts with the propaganda it claims to be. 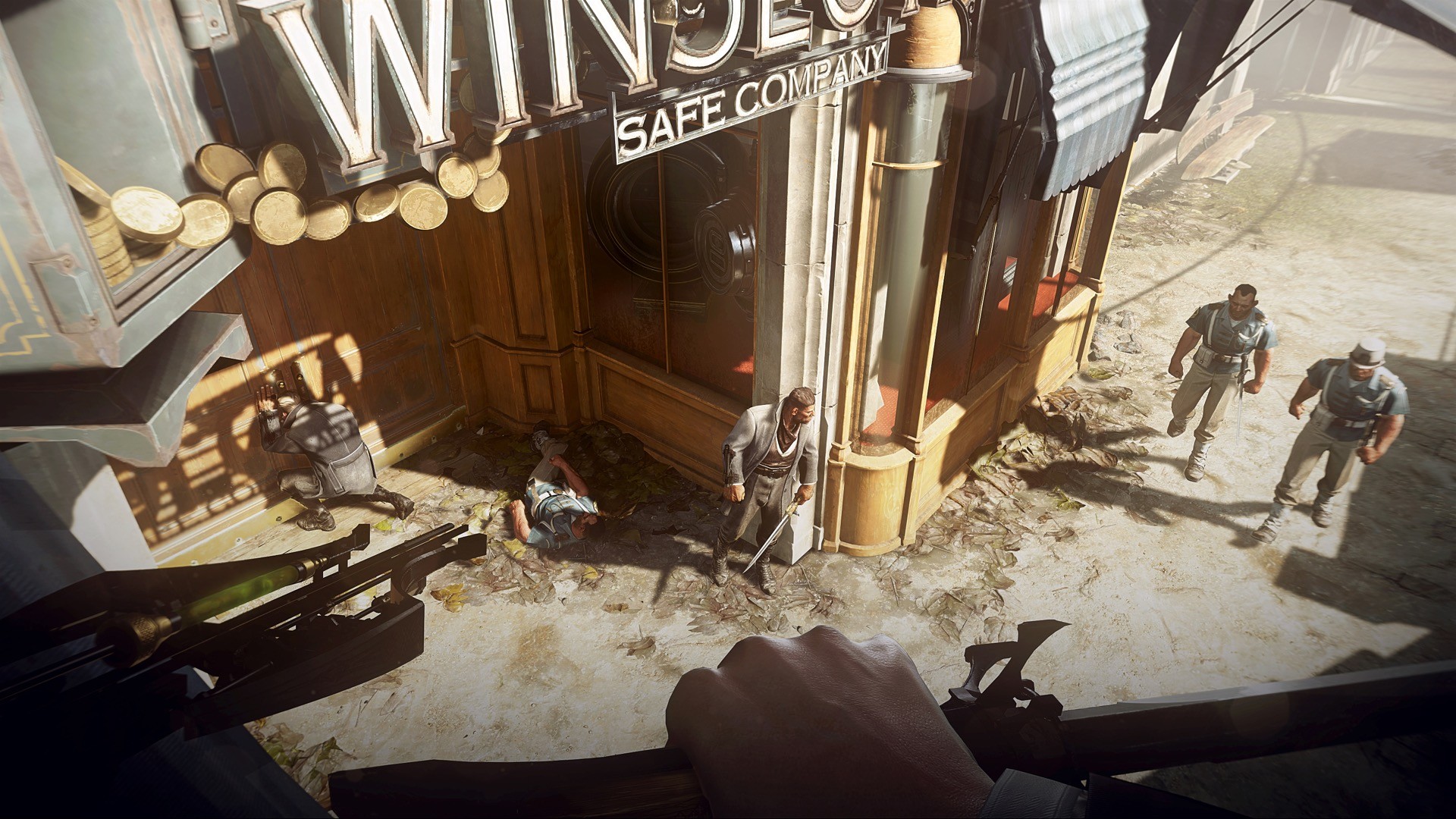 Old pixel games never have this problem probably because that unreal pixel graphics has lower the expectation of players, and they do know this is just a game. So based on this situation, the more mechanism could do, the more surprises players will have.

But when game graphics advanced enough to make players believe it’s true, the expectation has risen proportionally. So if mechanism can’t match with that vivid graphics to offer a reliable ruleset, players will sink into the uncanny valley and feel uncomfortable and question the immersive experiences of games.

Since there is a conflict between advanced graphics and not-so-advanced mechanism, so it is reasonable to name it “ludographics dissonance”, inspired by the concept of “ludonarrative dissonance”.

Turning back to the beginning of this section, it is clear that AI design is the last barrier of offering immersive experiences, for we have really complex physical engines right now, and interacting with other people is one of the most important parts of every game. And AI design in stealth games is special because there are more non-combat AI states and even group AI which is used in MGSV.

Some ways to solve or avoid this problem

In order to offer immersive experiences, this dissonance should be dealt with properly. As we know that ludographics dissonance is about mechanism and graphics, so there are 2 basic ways to go.

On the mechanism side, I believe the AI design will finally be sophisticated enough, but it may take too many years to come. Or we can avoid this problem in multiplayer games by only using real person players.

On the graphics side, we can use more special art styles like cartoon rendering or even retro pixel. With this method of lowering the realistic impression, we can match our mechanism with stylization graphics easily and swiftly. Besides, no one defines that games should be as realistic as they could, we have right to explore the every possibility of games.

What’s more, we can even use narrative to explain or evade such dissonance. Just like let an AI plays as an AI, reduce human interaction. Portal is the best example: you can’t find anyone else in the game, there is only an AI called GLaDOS talking to you. And you are facing a set of experiments as challenges not only for gameplay reason but also for the story, you are the last tester of a mysterious laboratory. 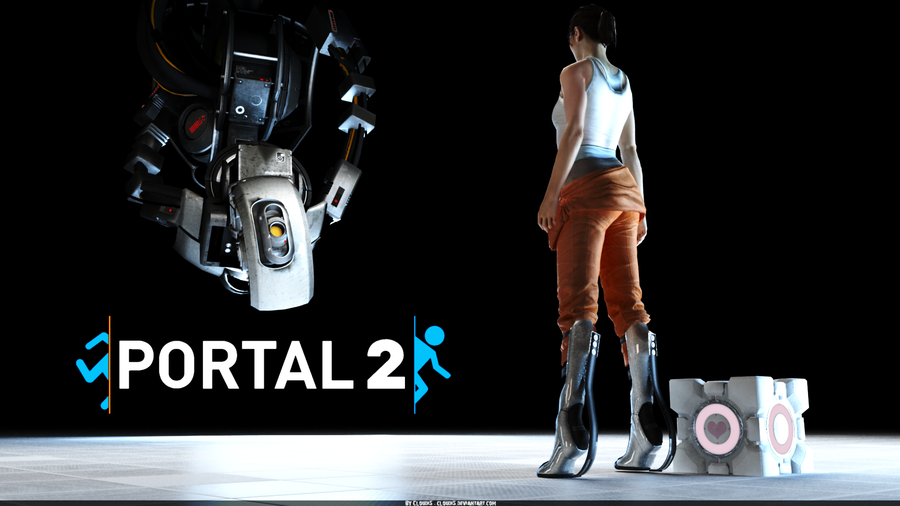 Last but not least, we can make the experience more convincing by hiding unnatural or hard-to-implement parts and letting players’ imagination do most of the work. Just like some horror movies do, they give you glimpses of the monster and let audiences themselves fill in the blank with their own expectations.

So this ludographics dissonance happens when vivid game graphics infers an immersive experience game might provide but the relatively abstract mechanism fails to meet that expectation.

It is essentially a difference between expectation and experience. When experience surpasses expectation, there are always surprises, and everybody likes that.

On the contrary, when expectation surpasses experience, then people will feel disappointed, unwell, even fearful – the fear of unknown.

As game designs, it is our job to create fabulous experiences, but nevertheless, fostering expectation about that experience is equally important.

The author isn't native English speaker so I apologize for any grammar mistake that exists in this article. If someone interests in its original language version, here is the link.