Random ponderings on the place of luck in games
Randy OConnor
Blogger
September 07, 2013

I'm struggling with luck these days in game design.

I have been extremely lucky in terms of my non-digital life. I have seen great concerts, backpacked a ton of miles this summer, traveled, went to PAX with Ian and showed Escape Goat 2 to great response. We sold a ton of preorders, a bunch more people are now wearing the shirt I designed. There are some great things coming down the line. This month is super busy with a series of fun activities, not least of which is hopefully releasing EG2 (if not soon after).

But are these things luck? What the hell does luck even mean? I listened to a talk at PAX Dev that mentioned lucky people are often more observant.

In games we generally consider luck to be a dice roll. We lay our troubles before the fate of the universe. As a designer, it feels wrong, though, to do something so lazy. I was told by a friend that Michael Mateas thinks dice rolls are basically us copping out of work.

So imagine my dismay at knowing that my two big personal projects right now are fundamentally ruled by randomness. 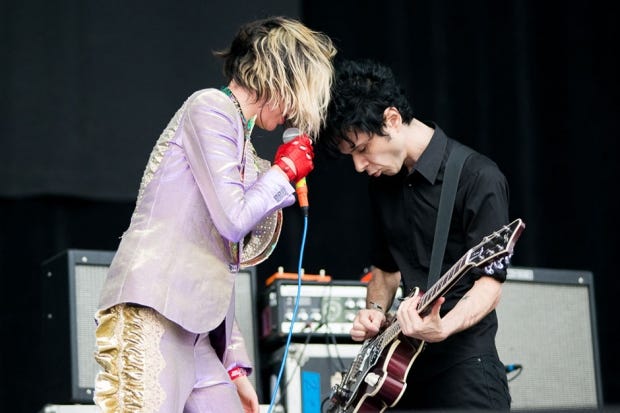 Did I discover a new band this summer by luck? Or was it proactively seeking out concerts and podcasts? (The Yeah Yeah Yeahs)

My boardgame about pirates allows you to shoot other pirates, steal their treasure, and move around the board. But your hand randomly assigns which of these actions you'll be best at for the next round. Do you do the things you've been given? Do you want to? Did you move off to a distant part of the board and now one of those actions is inconsequential?

Randomness in my boardgame has grown on me, despite knowing that I can get completely owned by newbies.

The randomness seems to level the playing field. You have to take the opportunities where you can, because you don't know if you'll get another shot. It creates stories. It presents massive opportunities and dearths of opportunity, and the excitement in the game is created by not knowing how the numbers are aligned in a turn. It's coming back from nothing, or losing it all, but always building up a series of moments.

I've resisted making the game shorter than its (approx) 90-120 minute playtime, despite randomness throwing long-term strategies to the wind. I think it's because I want you to have a storyline. Who cares about being a pirate for 30 minutes? You want the buildup, you want the finale. The joy of the game is living through that tempest with a group of friends, seeing who survived and who was dashed upon the rocks.

Alexander Bruce talked once (or perhaps several times) about taking chances and how that was how success came into being for him. I'm sometimes afraid to take chances, because I know that there's more work involved. Taking a chance opens the door to work. Work is tiring.

My other game is much more difficult for me to come to terms with in the role of luck. It's an iOS game where you choose the trails to make your way up a randomly generated mountain. Leave the main trail for excitement and random lucky breaks and moments, stay on the main trail for nothing but safe steady progress up the hillside. But neither really feels like the right path. So how do you choose? Is there weight to your choice?

I think this new game is supposed to be a metaphor for life, for that crazy unknowing of how a little decision now can shift the far future. I think that's what the game is. But is that fun? Does the game have to be fun? Do you want to hate me knowing that you'll play for eight minutes and a decision you made three minutes previously is why you died? 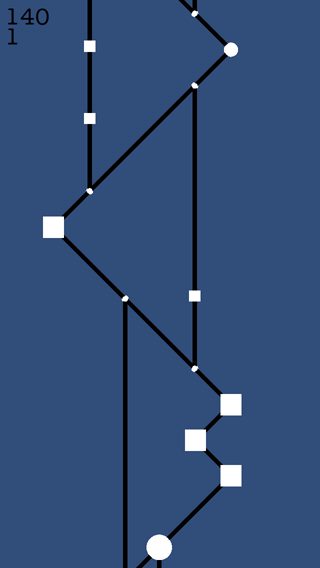 I brought up the fates of the universe earlier because I think there's a real desire that any game should slowly reveal its systems in a way that we can master or better ourselves at. We can choose our paths in life, and we have a hope or intuition or knowledge of where they will lead. We should not be so powerless as to fall down dead through a random dice roll. It certainly feels like the universe has that power against us sometimes. Forces such as class and genetics and location subject us to poverty and cancer and war, and despite our best efforts, we may not win. In games we want to not be subject to these things.

I'm not bored of basketball. I'm not bored of chess, or Counter Strike. I know there is mastery to be found, like I want to believe there is in life itself, though life has a different set of boundaries.

Right now I'm bored of my iOS game. Luck seems to be the problem. I have thrown some code up, I have created a universe that gives you paths to choose from. I want that metaphor to have purpose.  Yet I feel no urge to take any path, less traveled or not. I think I need mastery in my game. But does that mean that the luck should go?

Do I want you to never get tired of my game? I don't know. The designer says you should find endless mastery. My knowledge of the universe says that is also the case. And yet I persist in this unfair, random, lucky nonsense. The mountain awaits you, and there's a good chance you'll grow tired, you'll pick the wrong path too many times, according to how I see fit. Perhaps the bounds of the system are just not wide enough to hold all the paths up to the top that you should be able to take.

Do I want you to reach the top of the mountain? Do you think you should be so lucky?

Randy is an indie developer currently finishing up the art for Escape Goat 2.

He helped make Waking Mars with Tiger Style Games which is totally available on everything.
Randy also made Distractions and Dead End for iOS!