If variety is a good thing, then surely packing in as much variety into each of your game's levels is a sure fire recipe for success, no? In this article I'll go over how I've opted for variety over the course of the experience rather than levels.
Louis-Nicolas Dozois
Blogger
August 30, 2017 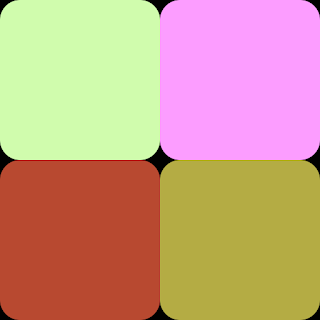 If you don't want your player to burn out on your game, it's important to keep things fresh! Let's have a look at two very different approaches to tackling the issue of variety in your game levels and the impact this can have on your game as a whole.

One of the first things I noted when starting my study of Super Mario 3D Land was how the designers varied the player experience throughout the game by sticking to only a few key gameplay hooks within each level. It seemed paradoxical at first, but as I kept playing and gave it a little more thought, it actually made perfect sense.

So, we know variety is good. We know having it in our game will help keep our players engaged and keep them from burning out or losing interest. But how do you go about adding variety to your level design? Well, any way you can, want or can afford to!

Everything can be varied, from the visuals, to the music, to the gameplay challenges and mechanisms themselves. Sometimes a simple change of scenery is enough to reinvigorate your player, other times a new challenge is what's needed.

My game, Suzy Cube, is a platform game in which the player only has access to very basic character controls, i.e. running and jumping. Because of this, it's very important that I test those basic skills in a variety of ways by mixing up the challenges found in the environment. These can include moving hazards, jump pads, different enemies or a variety of other ways of forcing the player to navigate the level in new ways. And by mixing and matching these elements together, I can create new situations for the player to tackle to keep things fresh and interesting.

Alright, imagine we're working on a game, we'll call it GameX. GameX will have four worlds, each split up into four levels. If we represent each level by a box, and set these boxes up in a square, the whole game could be represented like this: 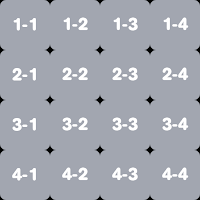 One world per row and four levels per world

First, I want us to zoom in and consider a single level of the game. In order to represent the abstract concept of variety in a general sense, let's use colours. 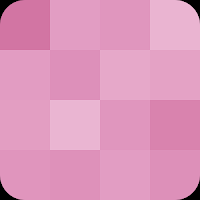 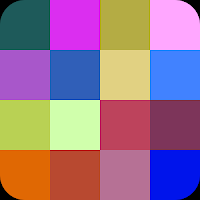 Two possible takes on a level

Here, we have two possible approaches to variety in a level. Each square within the level represents a section. This could be a set of hazards, an enemy or a platforming challenge. The more two colours differ, the more they represent two very different sections in the level.

In the example on the left (Example A), we vary things only slightly throughout the level. For example, the whole level could be made up of different challenges involving various forms of rotating platforms. This is the approach found in Super Mario 3D Land.

On the other hand, the example on the right (Example B), uses every challenge available to us as designers, including rotating platforms, hooks on which to swing, moving spike beds, electric fields, and every type of enemy.

It's obvious, in this case, that Example B will offer our players a much more varied experience over the course of the level. A, on the other hand, implies that much of what the player will be seeing and doing will be rather similar. It seems like a no brainer that the approach depicted by Example B is the better one, but that would be ignoring something extremely important. Don't forget, GameX is not composed of one level, but sixteen!

In Example B, above, we've used up all our tricks in the first level. This means that for the rest of the game, all we can do is mix up the order in which we present these challenges to the player. Let's have a look at what this starts to look like as we pull away and look at the four levels which make up a world. 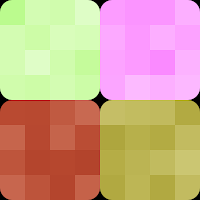 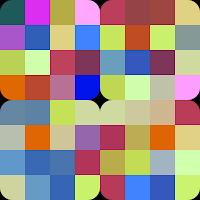 four levels in a world

Again, we'll refer to these as Example A (left) and Example B (right).

In Example A, we see that each level concentrates on a particular gameplay hook. So, from level to level, the player is tasked with doing new things and surmounting new challenges. In Example B, we can already see that things are getting "samey". Sure, in each level, we're asking our players to do a bunch of different things, but those are a lot of the same things in every level and the experience, as a whole, is starting to feel flat.

So how will these different approaches look if we view the game in its entirety? Pretty much as you would expect. 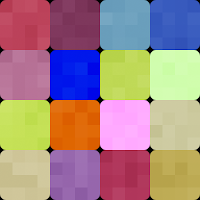 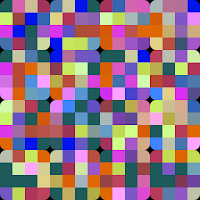 An overview of the whole game

So, here we have every level in GameX. Each row is a new world, and each world contains four levels. In Example A, you can still see that distinction while Example B now looks like a bunch of noise. And this is the way our players are going to remember their experience as well. Using the approach seen in Example A, our players will be able to form distinct, hopefully fond, memories about their time with our game. Doing it the B way, our players will be hard pressed to distinguish any particular level from another and as level after level presents them with the same grab bag of challenges, they may very well end up quitting the game rather than seeing it all the way through.

Repetition is mundane while surprises keep us engaged. They grab our attention and pique our interest. Every time you surprise your player with something new you plant a question in their mind as they wonder what other surprises are in store. If every new level offers something new, it will entice your player to keep playing just to find out what they might get to see and do next.

Sure, you probably can't afford to make every single level look, sound and play completely differently, but by switching things up regularly, you get the leeway to return to previous mechanisms without running the risk of your player getting bored of it. If your game levels are split up into sub categories, like worlds, then these become a perfect opportunity to revisit and remix previous concepts. Each world could offer one or two levels which are fresh new takes on previously encountered challenges.

It's so important to keep things fresh and interesting for your players. Don't try to pack everything and the kitchen sink into every level. Though it might seem to give the game a lot of variety at the micro level, the macro level, the game as a whole will end up feeling homogenous and flat as levels will, likely, end up feeling indistinguishable from one another.

Thoughts? Comments? Are there any games you can think of which vary things particularly well? What about games which do a bad job of mixing things up? Let me know in the comments.