Learning the Language of Gameplay

This post explores the similarities between gameplay and language, particularly in the way that they are learned. I'd been sitting on this article for a while, but was motivated to post it after reading Acero's recent entry, which broached the subject.
Enrique Dryere
Blogger
October 23, 2009 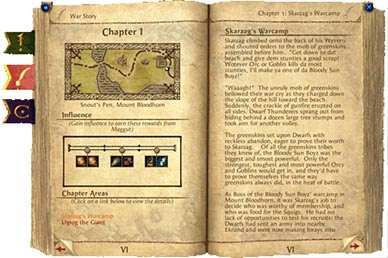 Language is our primary form of communication, but there are many other ways to communicate. Every component of a game is capable of conveying information to the player, and gameplay is certainly no exception.

As players follow the story, listen to the audio, and watch for visual cues, they are also assimilating the rules of the game. Some of these rules are stated explicitly, but most are implicitly derived through experience and interaction.

The initial stages of gameplay can be very much like reading a contract. Players are in effect entering an agreement with the designer on what to expect for the duration of the game. Features can be introduced later on, but unless the intent is to blindside players with new elements of gameplay, further mechanics should be within established parameters and tone of the game.

In this way, even outrageous inclusions can seem "within the scope of the game," such as with Arkham Asylum's 4th-wall-breaking sequence or Snake's Metal Gear Solid 1 dream sequence in MGS4. They break the flow of the game and stand out as unique elements, but seem within the realm of established possibilities. This is accomplished through the precedents set by initial play. In the case of Metal Gear, the first cut scene in the game features a barrage of off-the-wall sequences, even including a mock-cooking show, which gets the player ready for things to come.

Every experience can expand what players will expect from the game henceforth. Even small details can have a huge impact on how a player perceives the game.

Unspoken languages have developed throughout the various genre of games, replete with standardized rules and norms. For instance, while differently colored tiles in a puzzle game are usually things that must be associated or lined up in some way, in an adventure game, they are typically either switches or traps. The inclusion of a single trap tile during initial stages is likely to make a player carefully observe the ground for the duration of the game.

Tiny holes on the ground are a telltale signs of a spike trap. Just as with the tiles, a single spike trap can change the way a player will approach new areas throughout the game -- unless the setting is changed in such a way that the mechanic no longer applies.

The progression through levels is normally an additive process of gameplay mechanics such as these. Towards the end of a game, a player might be watching the floors for spikes, the walls for fire-breathing masks, and the ceiling for loose rocks that will collapse as they pass beneath. All of these rules have normally been learned implicitly through experience.

This is not so different from the way we acquire language, learning nouns, verbs, sentence structure, and then putting it all together in progressively more complex ways.

Humans have a need to break down the stream of incoming information into smaller components, or tokens. In language these can be words, sentences, and even paragraphs. The same principles can be applied to gameplay.

The overall experience may determine whether or not we enjoy a game, but learning the game happens in smaller packets. As with the previous example, a player doesn’t need to play through an entire game to determine that colored tiles can be switches or traps. A single exposure to this mechanism is all it takes.

We are as toddlers again when we enter the world of a new game, whose rules can be radically different from reality. Luckily, cyber worlds are far less complicated than reality, and there is a lot less to learn.

A seasoned player will try to isolate the information that is most important to the game's mechanisms. If the game features a stealth engine, what factors determine whether or not I will be spotted? Is it just line-of-sight? Does sound matter? What about lighting conditions or the clothes I'm wearing in relation to my surroundings? All of these things matter in real life, but they do not necessarily matter to a game. Furthermore, exactly how they matter is important. They are limited models and can therefore be manipulated in ways that don't correlate to reality. A cunning player will sift through the many cues offered by the game to understand how to best take advantage of its limitations.

The Common Rules of Editing

All this communication between the game and the player is achieved through gameplay. Players crave this sort of communication and in order for it to be effective it must be clear and concise. The fuzzier the gameplay is, the harder time a player will have tokenizing the information it presents and the more frustrating it will be.

As with writing, extraneous mechanisms of gameplay can detract from its meaning rather than add. This is not to say that games should be made as short as possible, but rather that the repertoire of their gameplay should be as concise as possible. This will offer players a more cohesive and inviting experience.

One of the greatest aspects of Uncharted 2: Among Thieves is that the player basically learns all of the game's simple mechanics during the first mission. You can run, jump, climb, shoot, sneak, and brawl, occasionally flipping a switch or boosting your buddy over a wall. The richness of the game develops not from the rampant introduction of new abilities, but rather how those abilities are elegantly employed.

On the other hand there's Brutal Legend, which combines a beat 'em up adventure game with a real-time strategy game and a driving game. The resulting odd mix of genres has been one of its players' biggest complaints. Rampantly throwing new mechanics at the player can not only overwhelm them, but it can prevent them from mastering previous mechanics, which is something that many players enjoy.

While it's important to design with the player's possible stupidity in mind, let's not forget that we as designers are not immune to acts of stupidity. Mark Acero correctly warns that games should explicitly teach new abilities to the player as they acquire them so that they can spend less time "trying to figure out what the developers wanted [them] to do," and more time actually "enjoying the game."

A common pitfall of creators is to assume that their audience will think like them and know what they know. A game mechanic that seems perfectly logical to you could seem obtuse to others. It has little to do with intellect or poor decision making. It has more to do with difference in experience and knowledge.

Which brings us to this article's conclusion.

How many times have we seen the following descriptions included with difficulty levels?

Normal - "I've played fighting games before, and I'm ready for a challenge."

Generally, choosing one setting or the next will increase the damage enemies deal, make them harder to kill, and lower the player's hit points or continues, lives, etc. But how often does the difficulty setting affect the learning process? I'm not talking about a tutorial that can be skipped. I'm referring to the guidance the game offers you as you progress.

Recently, Nintendo has developed a system, The Super Guide, that takes in-game help to new extremes, actually solving puzzles or beating levels for the player. Many have voiced the concern that this guide will diminish the legitimacy of challenges presented by games, but when you consider it as a "very very easy" setting, its true purpose and potential is revealed. People who'd use this system are the type that would select a difficulty setting whose description read: "I don't play video games often, and when I do it's just for fun."

The Super Guide not only changes the way a player learns gameplay, but how much of the gameplay they must learn and to what extent they must learn it. But it is only effective for the lowest end of difficulty. What about the rest of the levels?

Explanations that are crucial for inexperienced players may seem trivial to veterans. This is particularly true in MMORPGs, whose tutorials typically begin with "use W-A-S-D to move." Upon reading this, most players may be encouraged to turn the tutorial off. Although they will be spared of many trivial lessons, they will also miss those that explain whatever new mechanics the game may offer to the genre.

Furthermore, learning an MMOG is an ongoing experience. Characters can gain new skills months and months after their creation, many of which may be difficult to understand. This is why I believe that games, and in particular MMORPGs, should have tutorials or learning aids that are tailored to the player's previous experiences.

This means that Easy, Normal, and Hard won't just make the enemies harder to beat, but will actually change how implicitly or explicitly a player will learn how to play. This system works even if player begin with Easy and work their way up to hard, requiring less and less help upon every pass at the game.

This post was taken from my blog at mmotower.blogspot.com