The approach towards horror game development between the West and Far East cultures. A look from the perspective of 2 successful companies developing horror games: Bloober Team (representing the West) and Red Candle Games (standing in the Far-East corner)
Rafa? Basaj
Blogger
May 17, 2018 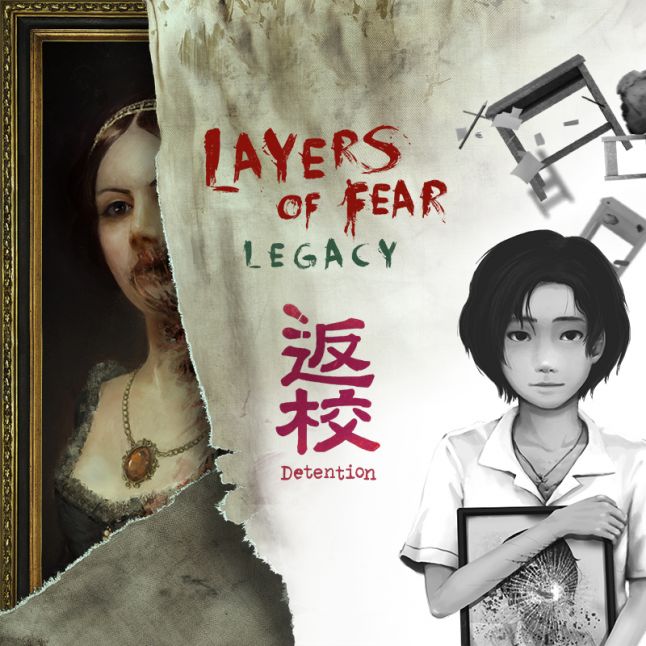 Hey folks, my name is Rafal and I work for Bloober Team. I’m here to discuss some horror with you alongside Tiff who works for Red Candle Games. You might have heard about Layers of Fear – this game has been a ticket to the global market for us and a way to fulfill our dreams for the studio, which was the development of psychological horror games. You might also know Detention from our extremely talented friends from Red Candle Games - it became a huge hit globally as well. We finally had a chance to meet in person during this year’s GDC in San Francisco and we decided to use this precious time to discuss horror (obviously!). We started by going into details between development of horror games in the Western countries versus the approach of the people living in the Far East. Here is what we came up with.

Much was said about the differences between the Asian and Western horror film industry at the beginning of the century, when, most prominently, the westernized remake of Ring hit the American box offices. To summarize the discussion we have highlighted a few features and will treat them as the basis for the discourse on our games: 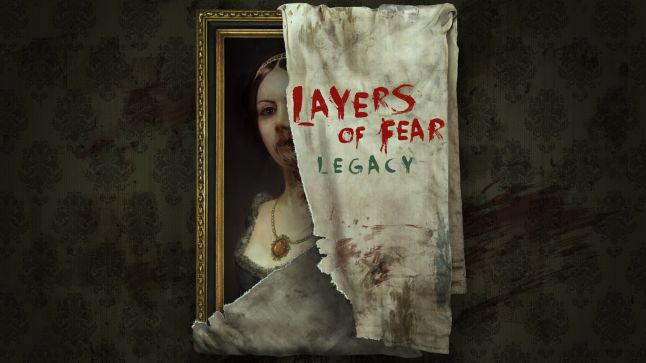 Layers of Fear: Legacy is a psychological and psychedelic horror game about a madness-engulfed painter striving to create his Magnum Opus. Learn the dark story of his past while gathering carefully crafted personal items that can be found in the game. Traverse the vision-induced, constantly changing house full of supernatural phenomena, where each move of the camera can shift the environment, and discover the true motive of the artist.

Layers of Fear: Legacy’s inspirations were based purely on the Western culture: the plot was loosely inspired by Oscar Wilde’s “The Picture of Dorian Gray”, while the overall theme and visual aesthetics were formed from classic paintings done by the likes of Van Eyck, Goya and many others, often unsigned masterpieces. The lines start to blur when we look at the structure of the game. 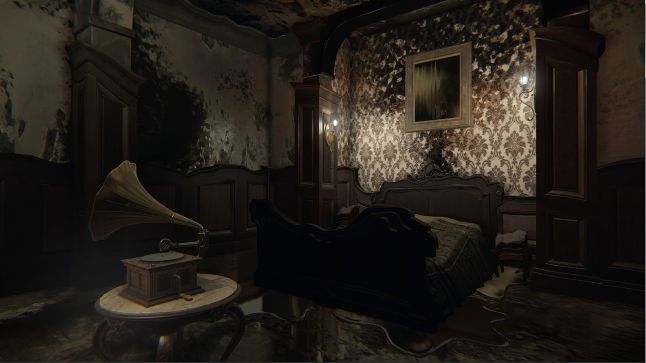 The surface layer of the game is the one of the haunted house trope, where each turn of the camera may change the environment around the player. It has the most entertainment value and serves exactly that purpose – if you don’t want to delve into the story, you might enjoy the psychedelic wild ride without too many interferences.

The shift towards the Asian school of creating horror starts with the plot, which is extremely personal and touches on the problems many people have to face in their real lives. Also the dramaturgy and the events portrayed from the protagonist’s history are not outside the imagination of what might happen to us. Furthermore, we never moralise and explain the decisions presented in the game. Our philosophy as a company is to give the players an experience, which will last with them long after they finish the game. We want players to ponder on what happened in the game and reflect through this prism on their own lives. 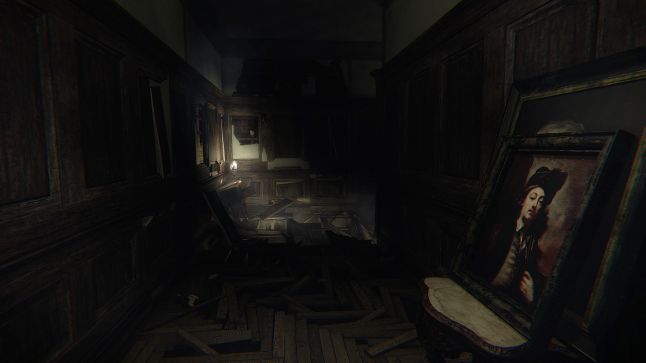 There are supernatural elements in Layers of Fear: Legacy, being the ever-changing mansion itself or the main antagonist, but this time around they kind of lay between the two cultural influences. If you dig deep enough into the game’s story, you might get a good understanding of the situation and in turn form a valid hypothesis of what they are and what purpose they serve – the Western approach of explaining everything. However, there is no clear statement in the game validating this hypothesis, so although you as a player can form a pretty solid case of your ideas on what happened, you will never get a verification from us.

By bringing a layered structure to our game (hence the name) we were able to reach out to Western audiences, who enjoy the pure entertainment of playing horror games, as well as give the sensibility, mystery and a deeply personal story so valued in Asian horror cinematography. What on the surface looks like a very Western game, takes a lot of the far Eastern sensibilities, merging into a title that every horror fan will find something suitable for his/her own tastes. 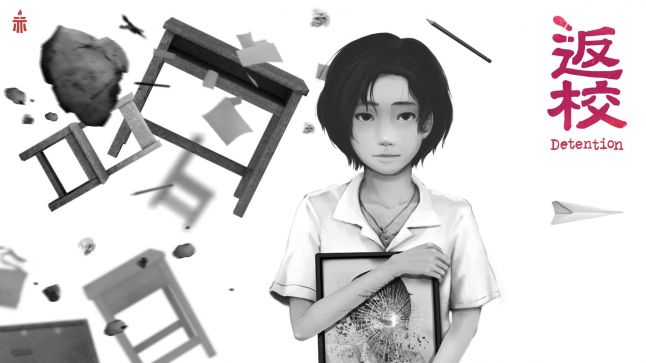 Detention is a unique atmospheric horror game heavily influenced by Taiwanese/East Asian culture, religious elements and mythology. Based on the 1960s Taiwan under martial law, in this 2D atmospheric horror side-scroller, the player control characters who venture into the school beset by hostile supernatural events to uncover stories behind the haunted place. Incorporated the game provided players with unique graphics and gaming experience.

Detention is considered as the Taiwanese cultural-centred horror game, yet it’s main focus was  to bring back the nostalgic feelings we have for days long passed. For both the East and West audiences, school is a part of everyone's life experience, and a place we all share personal memories with, whether they are good or bad. To immerse in the psychological horror universe, the player must venture into the nightmarish school full of mysterious icons transformed from the Taoism/Buddhism religions, East Asian folklore and mythology. While the religious symbols are supposed to keep you safe, Detention portrays them otherwise.

To create the tension for Detention's psychological horror elements, the team dived deep into the Taiwanese history and employed the 38-year martial law period known as the White Terror for the game’s  background. While elaborating further, we became curious about "What lies beyond horror?" While Chinese horror literature often utilizes ghost stories as metaphors for the injustice of a society, the Western dystopian novels directly illustrate the system working  against humans. This inspired us to choose the English dystopian novel "1984" by George Orwell for the narration structure. And just like the sensibility of the Chinese horror literature, many aspects are symbolic in the game; the ghost's daunting figure, eerie puzzles and character's behaviours, each have a certain meaning that links you to the melancholic truth of the school incident. 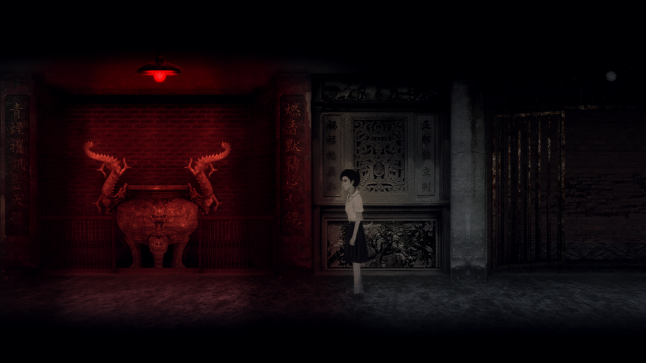 Detention isn't a horror game that terrifies you in the first glimpse. Rather, it's the psychological ambience that makes you unease. Once in a while we utilize jumpscares, which are often seen in Western horror titles. Yet, they are not just to entertain but serve as the pause to relieve your dread before you continue the adventure through this otherworldly campus. Down the path, the skeleton-figured ghoul and tongue-bulging specter clench your nerve; the unsettling sound along with the Asian retro low-colouring visuals are the vibe catalysts that send a shiver down your spine. Still, the real horror lies in the innocent behaviour, the craving for freedom, and the irreversible flaws behind the system. You will then discover that under that supernatural surface lies an inadvertent tragedy, which many of us may relate to on a personal level. By playing with the blur line of imagination and reality, Detention is a game with the skin of horror and the layer of trauma memories.

As much as the obvious Asian influences are transparent in Detention, the game also embraces the Western perspective. By utilizing its dystopian narrative structure telling a story of what might have happened in the past Taiwan, together with the haunting experiences emphasized by the sound and visual effects appearing in the least expected occasions, the game managed to push a personal haunting story to an entertaining horror experience.

Both games, however true to the region where they were developed, take inspirations, techniques and sensibilities from other parts of the world. Whether you’re a fan of horror as entertainment or you seek a deeper meaning in a game both Layers of Fear: Legacy and Detention will provide an abundance of experiences for your enjoyment and reflection.

I hope you enjoyed this article. We were able to cover more topics and if you find this one informative or interesting let us know, we will happily share some more insights on the subject.

PS. If you haven’t heard about Layers of Fear or Detention but you found the problematics of the game interesting we have a neat promotion running on Nintendo Switch’s eShop at the moment: Between May 4th and May 21st if you buy either Layers of Fear: Legacy or Detention from the EU or US Nintendo eShop you will receive a 30% discount for the other game.

PS 2. Huge shoutouts to Tiff, who was kind enough to find some spare time and write in more detail about Detention. You go girl!