Getting and Keeping Players: Designing for Engagement

This blog post looks at the design principles used by mobile games to stimulate player engagement and retention. Principles such as first time user experience and reward systems are explored with examples from successful titles such as Clash Royale.
Nelly Hamid
Blogger
April 06, 2017

The number of ways video games can be produced, distributed and consumed by players makes it a diverse and flexible form of entertainment that reaches millions of people. Some games are made to educate or enlighten players while some are made to help them pass the time. Whatever the purpose of the game, players may not be expected to complete the entire thing in one session (unless the game is comfortably short). Most games have campaigns or a story/questlines to finish. Other games have levels. Designing games for engagement is not standardized, yet there is one subset of the game industry that has a few recognizable design patterns that can be considered the standard for its respective platform – and possibly integrated in other genres/platforms.

It is hard to deny the success of the mobile game industry in terms of revenue and market draw. It is likely that most of the people you know own a smartphone and play at least one. For years now, developing games for mobile devices has been coined “developing for casual players” simply because games were now accessible to an audience outside of the traditional player market – a very large audience! The low-barrier to entry meant that more developers were putting product on the platform, and competition for downloads on user’s devices became fierce.

If players are not hooked from the get go, the game gets uninstalled – a killer for free to play apps. Therefore, there is a focus on getting the initial experience and long-term experience fine-tuned. The similarity in the tactics used by popular mobile titles such as Clash Royale or Hearthstone lends to the formation of what could be considered design patterns.

You have probably  heard of the buzz words: Engagement, Replayability and Retention. These terms all have similar meanings but they represent the end goal of development. We want the player to spend time in our games and come back when they have closed the game.

In its broadest sense, engagement is the connection between a player (user, consumer) and the game (system, product, service). It describes the time a user spends playing the game. We can use some web development terms to define some metrics for engagement:

In terms of mobile development, strategies for engagement can be grouped into three (3) aspects:

Engagement may not measure the “quality” of the time the player spends in the game (unless under playtesting conditions) or how good the game is getting players into flow, but they can help determine goals and rewards that may encourage replay.

Enticing the player to try your game is difficult unless your studio is known or uses promotion strategies. Games – especially mobile games – are judged from the moment the potential player sees your icon on the screen. Developers should focus on the “Give and Get”. Give players a good initial experience that lets them know what they can expect in terms of rewards and progression and they will in turn reward you with not dropping your game after 2 hours.

Who is your target player?

The target market is not just a business term that makes the design process corporate. There are many different kinds of fun and while a game can attempt to hit fun for all the types, it is more sensible to create a fun experience that a segment of the population would like.

Mobile game designers especially have to be keenly aware of the target player, and not just the who. It is worth thinking about where you expect the players to play (on the bus, during breakfast). Will they have access to the internet? What is the target market interested in – what motivates them?

Most game design articles or books would tell you to focus on the tutorial – the initial experience - of your game.

However, I would go further and say make the vertical slice of your game fun, and make the process of going through it juicy. This vertical slice may be the tutorial, but since a direct tutorial may not be applicable to all situations, it may be a simple level for the base mechanic. Whatever the form, it should give the player a taste of not only what the core gameplay is like, but more importantly, how they would be rewarded or progress if they kept playing. The best tutorial is one that gets the player playing immediately.

For these three games, the tutorial do not feel like a chore you need to slog through. In the case of Candy Crush when a new mechanic is introduced, the subsequent level is what is an easy version of that mechanic in use.

Video games are a predominantly visual medium where most responses to actions and information are conveyed through dedicated UI elements or cues within the game world. The visuals in games are meant to evoke a mental response and convey imagery that makes the player implicitly understand the mood/setting/theme of what it is they are looking at. Appropriate use of colour and cues can determine how immersed a player will be in a game. The trick to designing a visual world is the design visual cues in such a way that the player is more or less unaware of the prompts.

However, sound is just as important. Sound is used to create immersion and engagement within games. It is usually considered a feedback mechanism that lets the player know that something is happening or has happened.

A user is more likely to get played if it feels like a finished product - juicy feedback at the right times is part of this.

The trend of many popular mobile games is sort of social aspect whether it’s something as simple as sharing a funny status using a connected social media account or the fact that the entire game is competition based.

The obvious idea here is to get more people to play the game, but most do prefer to engage in activities in which they can involve their friends.

In addition to multiplayer, PvP, the Clash Royale uses the idea of 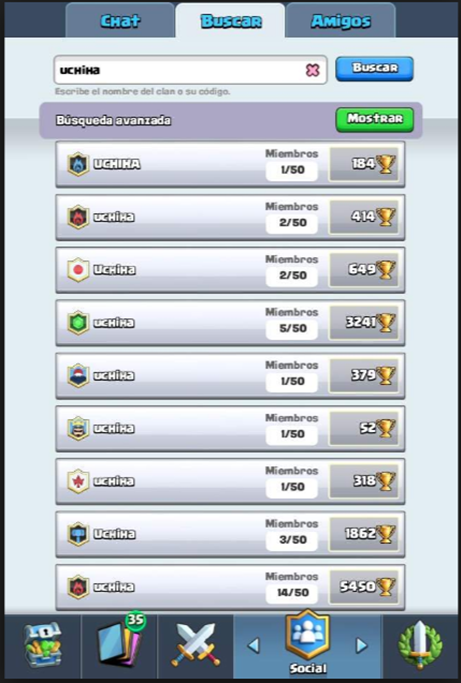 clans where groups of up to 50 players can give and receive cards, chat and do friendly battles. Players are able to join clans with their friends. The aspects of gifting and communication is novel in a mobile game and works well in keeping players interested as they can easily join clans with their friends and share resources. There are also leaderboards and a match replay feature that focuses on the higher ranking players, encouraging players to work in order to get their name in the rankings.

Hearthstone and Clash Royale include an emote system to facilitate commincation between players while in game. 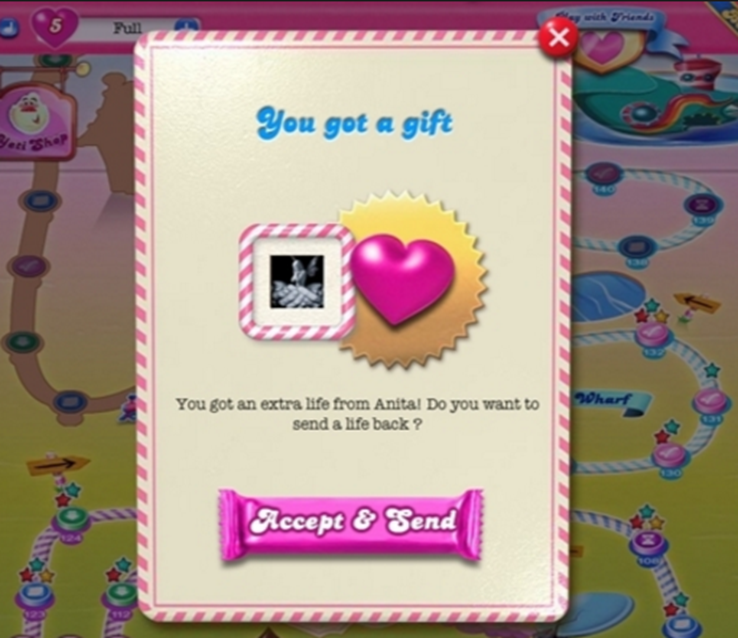 Screens like this are the only reason I play candy crush. My mother – a person who I think is part of the main demographic – demands that I send her lives. I now have the game on my phone and play it during long commutes. I have my Facebook account connected to it and it was interesting to see my friends icon-ified on the level screen. So, I know who’s playing and how far they are and my mother can get upset over her friends being further than her.

3. Feeding the Cat: Come Back

From your well-crafted initial experience, the player should be able to expect what they will be getting out of the game if they keep playing it. Mobile games typically have short play sessions where the end of a session is implied by a timer, waiting to unlock, the completion of a task, etc. However, the overall game can go on for much longer. How do we compel the user to come back when they have ended a session? Here is where rewards and progression systems come in.

No one does anything for nothing. Rewards are another important motivator for players. The kinds of rewards given to players are varied and are usually categorized as either intrinsic or extrinsic. Rewards are further categorized in terms of the value they give to the player; however, it might be when the rewards are given that makes the most impact on retention.

Clash Royale’s chest system is a clear example of a schedule. The game encourages players to return to the game to unlock chests after the correct amount of time has passed. Also, the differences in unlock time encourages players to plan unlocks around their personal schedules (e.g. unlock 12 hour chests overnight). This is almost like feeding a pet where a habit is formed.

Resources (cards) for levelling (player and minions) are scarce and cannot be acquired without chests unless the player makes purchases with real currency. Gold can be acquired through battle wins and makes gives the player a reason to play even if chest slots are full.

The player can win or lose “trophies” during battles and the number of trophies determines the arena the player will battle in. Also, minions (cards) need to be levelled in order to remain competitive.

Progression - Not just Levels and Levelling

Players need to accomplish things. They need to progress. Also, they need to feel it. Many games start with the player’s character at the peak of their abilities and then strip those abilities a short time later. Players are shown what they would be working toward, making the player more motivated.

Pathways from the new player stage to master player must be developed to keep players of all skill levels engaged.

In general, mobile games tend to focus on the following to get players to come back for repeat play sessions:

In this blog post, we looked at the design principles used by mobile games to stimulate player engagement and retention. A lot of points were discussed, but the general takeaways are: