A few friends and I often have conversations about nonsense. Yesterday's talk was extra special though. We discussed obscure superpowers and somehow that led to an unrelated idea for my next game. I learned that starting off topic can get you on track.
Tony Yotes
Blogger
December 12, 2013 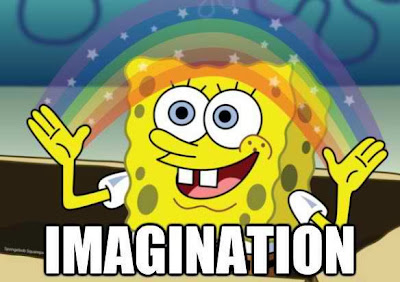 A few friends and I often have conversations about nonsense. Thoughts of having hair replaced with hundreds of fingers and deciding if a gorilla tossing sewer lids was more dangerous than a gorilla with a sock full of batteries occupies our imaginations during these talks. Yesterday's talk was extra special though. We discussed obscure superpowers and somehow that led to an unrelated idea for my next game...

We considered having unblockable attacks, the ability to make any living thing fatigued, and being able to turn anything around 180 degrees instantly. We then tried to give weaknesses and counterpoints to each power to make them fair, like having the reversal power unable to turn things any direction other than exactly 180 degrees.

That last idea in particular got us excited. We tried to think up uses for that ability like reversing cars that chase after you or reversing bullets headed your way. Victims would be so disorientated they'd pause for a moment trying to comprehend being turned around. You could flip random people walking down a street and it'd take a moment for them to notice. Using the power on the planet would instantly turn day into night and freak everyone out. Then I tried to think of action and puzzle mechanics that would make this into a compelling video game ability. In the end though, this power seemed to be more interesting in a movie than in a game.

What I thought was a normal random  conversation had me in a brainstorming mood. I followed up that conversation with a shower (another place where ideas are born) and came up with ideas for my games. More particularly the game coming after DragCore which I hit a few mental blocks on. I wanted it to be a $1 game but couldn't find a way to make it feel worthwhile to a wide audience. It's a virtual board game and I was going to have a free version with a set number of turns. Now I plan to make the whole thing free, have ads in the menus, and sell character packs (in sets of four).

One of the big things with the board game is getting used to drawing characters by hand. Making tons of art assets will get me comfortable and help me find an efficient process. I know it's the better choice because I'm getting that excited uplifting feeling in my gut that I get when I have a good idea.

What I'm getting at here is that thinking differently for a few minutes can lead to some really good eureka moments. If at all possible, get some friends and talk nonsense for a bit every chance you get. It's fun, hilarious, and can even help you come up with some great stuff indirectly. If you're ever brainstorming and don't know how to start, begin with something completely off topic to warm up and transition towards  a game idea. It just might do the trick.