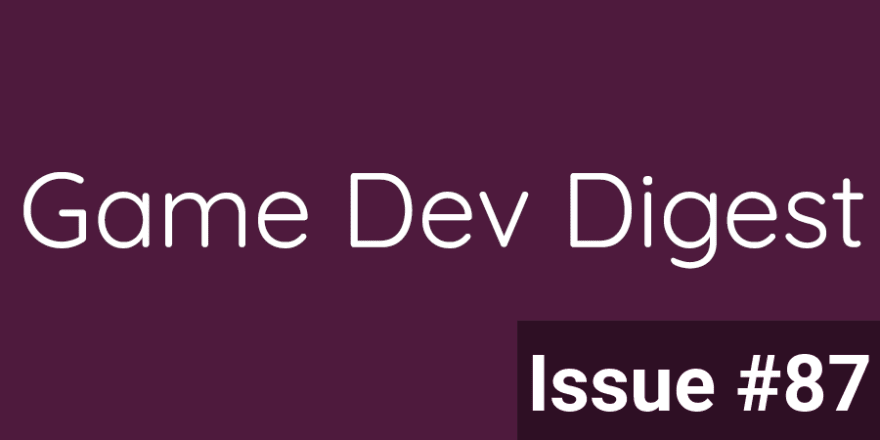 Lots of inspiring stuff this week to get you motivated, and new Unity releases to support you!. Enjoy!

Unity 2020 LTS and Unity 2021.1 Tech Stream are now available - We know that creators work differently. That’s why we offer two release versions, Tech Stream and Long-Term Support (LTS), so you can choose the solution that better fits your needs. [You can watch the video summary on Youtube]
Unity

A new Package Manager experience in Unity 2021.1 - The Package Manager is a modular system and API designed to speed up your workflows and optimize the size of your runtime by offering Unity-developed features as optional packages.
Unity

Unity Test Framework: waiting the right way - In the previous post, we went through an introduction to the Unity Test Framework. In this tutorial, we will see the different ways to wait for something to happen during a Unity test. [Be sure to also check out Unity Unit Testing Advanced Tutorial – CI, Patterns, IDE Support & More by Stas Korotaev]
gameconductor.net

Hashing - This is the first tutorial in a series about pseudorandom noise. It comes after the Basics series. It introduces a way to generate apparently random values via a hash function, specifically a smaller version of xxHash.
catlikecoding.com

Get to know Dragon Crashers – our latest 2D sample project - Discover how we took an idle RPG game to the next level with Unity’s native 2D tools.
Unity 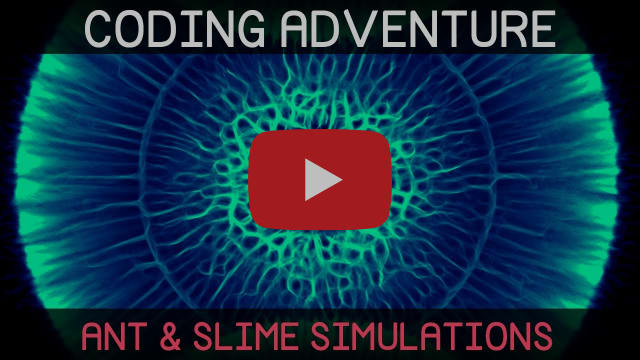 Coding Adventure: Ant and Slime Simulations - A small exploration of an algorithm inspired by ants, and some little experiments into simulating some of the behaviour of ants and slime moulds. I hope you enjoy!
Sebastian Lague

DEMON'S SOULS - DISINTEGRATE ENEMIES in Unity - Let's see how to Disintegrate animated objects in Unity. With VFX Graph and Shader Graph this effect becomes a possibility and it's an awesome one!
Gabriel Aguiar Prod.

How To Make A Multiplayer Game In Unity 2021.1 - This Unity Multiplayer tutorial will teach you all about the new official Unity multiplayer solution and how to get it set up quickly in your own project!
Dapper Dino

VR Optimization and Performance Tips for Unity - Hey Everyone! I have something special for you today. We’re going to be talking about optimizations you can make for your VR project. We’ll be covering models, textures, and a lot of other topics!
VR with Andrew

Create UI ANIMATIONS without CODING! - Unity UI tutorial - This tutorial/guide will show you how to create stunning UI animations without writing a single line of code.
Coco Code 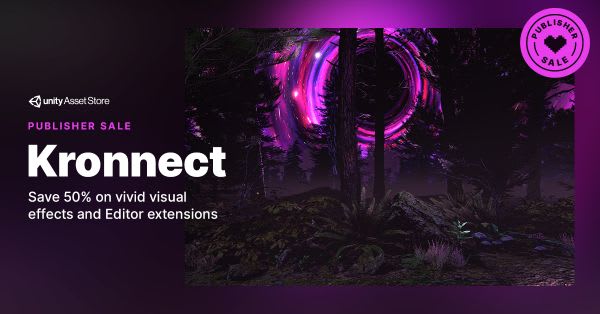 Kronnect has been developing Unity assets since 2015 and was a finalist in the Unity Awards 2020 for the Asset Store Publisher of the Year category. They strive to provide advanced assets that exceed expectations in terms of quality, functionality and support.

All assets from Kronnect will be on sale for 50% off from March 22 through March 31.

Free Asset Promotion:
In addition, the Color Studio asset will be offered for free during the sale. Use Coupon Code: KRONNECT2021
Unity Affiliate

MA_TextureAtlasser - Texture atlas creator tool for Unity. This tool is made to combine textures and/or remap the UV’s for 3D models. The tool can also be used to make 2D sprite sheets. The visual editor gives you the ability to set and prioritize the sizes and positions in the texture atlas/sprite sheet.
maxartz15 Open Source

HiraTools - A bunch of tools that cut down significantly on the boilerplate you might need to write. [Includes extension methods, editor buttons, reorderable lists, coroutines, saves, tweens, and more]
herohiralal Open Source

Editable Smooth Voxel Terrain in Unity - Smooth voxel terrain is terrain which can be modified in any direction (there are terrain in many games where terrain can be modified only vertically). SVT is just like terrain in one popular cubic-terrain game - Minecraft, but smoothed.
Kewin-96 Open Source

HUMBLE SOFTWARE BUNDLE: BIGGEST GRAPHICS EVER - We bring you this unbelievable Professional Biggest Ever Graphics Bundle to help you create your next masterpiece with nearly 80,000 royalty-free assets and lifetime licenses. Get Lightroom presets, photo overlays, Photoshop actions, textures, LUTs and fonts. All LUTs are compatible with Photoshop, Photoshop Elements, Lightroom CC and Lightroom Classic and the brushes are compatible with Photoshop and Photoshop Elements. Plus, your purchase will support Save the Children and Make a Wish Foundation.
$814 WORTH OF AWESOME STUFF
PAY $1 OR MORE
Humble Bundle Affiliate

Unity New Purchasers Sale - We have a new promotion starting today for new Unity purchasers! For a limited time new purchasers can save up to 90% on a selection of bestsellers and grab their first asset from just $9.99 with the code below. This promotion ends on March 31
Coupon Code: MARCHWELCOME
Unity Affiliate

HUMBLE SOFTWARE BUNDLE: INTRO TO CODE 2021 - With this brand new bundle, you’ll master the world’s most popular languages by building real, portfolio-ready projects. From building games in popular styles - including RPGs, strategy games, idle games, and more - to web development, mobile apps, data science, and machine learning, the skills you’ll learn can be expanded upon to form strong foundations for your future projects.
$1,400 WORTH OF AWESOME STUFF
PAY $1 OR MORE
[You may also like the Learn You More Code bundle from Humble as well]
Humble Bundle Affiliate 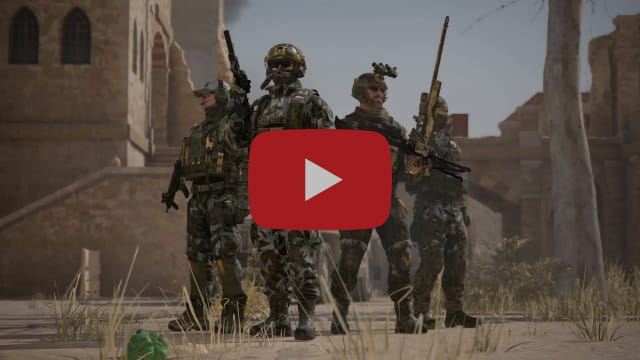 Caliber: Developing a Third-Person Shooter - Developers of Caliber, a third-person shooter, discussed the development of the game, technical details, and challenges they met along the way.
80.lv