This article was originally published on GameDevDigest.comâ€‹ 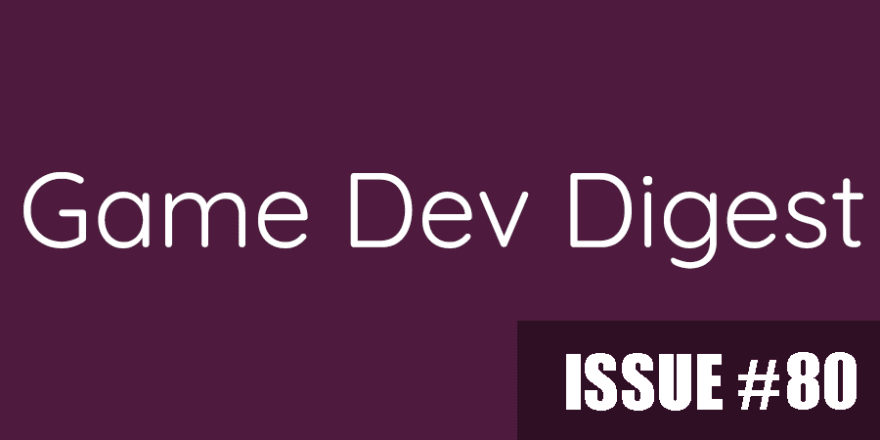 Its a jam packed issue full of varied tips and tricks for improving your code, your performance, your visuals and game overall. Enjoy!

Progression and Motivation Through Upgrades in Games - This article analyses how upgrades can be used from a game design perspective to unlock a sense of progress and reward players.
Yvens Serpa

30 Things Every Unity Developer Should Know - Over the years of working with Unity I've picked up tips and tricks on how to better improve my workflow. Included in this list are my personal favorites, I'm also including a few I've found recently to be quite useful. I've split these up into groupings based on various aspects of Unity game development.
Jonathan Gonzalez

20 Lessons from 5 years of developing Academia: School Simulator - Here’s an enumeration of lessons learned during development in the context of programming a builder/tycoon game that can have hundreds of agents.
COFFEE BRAIN GAMES

Unity Style Guide - This article contains ideas for setting up a projects structure and a naming convention for scripts and assets in Unity.
justinwasilenko

Unity Event systems interfaces for Customized GUI behavior - A Unity Event, or the UnityEvent generic abstract class is very useful for customizing GUI behavior. In this tutorial, I will show you how I’m using it for my game Lemonade.
indiewatch.net

Using Real-World Elevation Data in Unity - I recently got curious about using real-world elevation to model terrain inside a game engine. I spent several days trying to figure out how to take GIS (Geographic Information System) elevation data (or DEM data) and process it into a format that I could load into the Unity game engine as a heightmap. It took several days of reading tutorials and forum posts, but I eventually found a process that worked for me. I thought it might be useful to others as well.
Owen Goss

UI Performance - Using SetActive(true) on UI elements marks them as dirty and makes #Unity recalculate their geometry. Increase performance of your UI by using canvas.enabled = true and graphicRaycaster.enabled = true instead.
FantaJI Games @FantaJIGames

Crystal Shader Breakdown - This post goes over an unlit crystal shader which includes a colour gradient based on the vertical axis (Y) of the object space position and samples the camera’s opaque texture with an offset to fake refraction. A Fresnel effect is also used for opacity so edges are less transparent and will glow more when bloom post processing is also used.
cyanilux.com 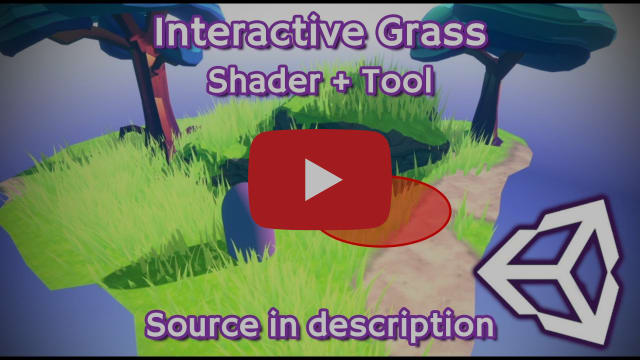 Indie Polish: Making the Most of the Last 10% - In this 2015 talk, Thomas Was Alone creator Mike Bithell runs through a bunch of the polish work on his two most recent games, in the hopes of opening up how he (and, well, you) can finish the perfect play experience.
GDC

5 Tips and Tricks for Unity Developers to Instantly Improve Your Code (2021) - Here are five Unity tips and tricks that I've discovered over the years while developing my own games. I hope they'll make your life easier and your code cleaner. It's not meant to be a thorough tutorial, just a bit of exposure, so there are links further on to research more yourself.
Wintermute Digital

Optimized Toon Outlines! One Texture For Depth and Normals Edge Detect | Game Dev Tutorial - I've covered a lot of different types edge detection outlines built in Unity's Universal Render Pipeline Shader Graph. In this video, I take another look at per-object depth and normals outlines to further optimize them, obtaining depth and normals data from a single texture and decreasing texture reads. I also describe some ways to counter-act the loss of depth precision and keep quality as high as possible!
Ned Makes Games

Dissolve effect in Shader Graph - A nice effect you cna make in Unity with Shader Graph to dissolve 3d models in an d out.
PabloPoon

How to Publish on the Unity Asset Store - In this video, we are showing you how to upload and publish your project using the new Publisher Portal Beta version, which can be accessed at publisher.unity.com !
Unity 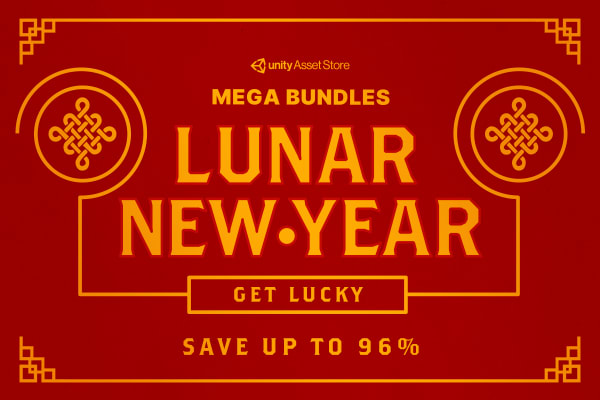 Lunar New Year Mega Bundles - The Unity Asset Store is currently running an exciting Lunar = New Year Mega Bundle sale! Users can save up to 96% with these curated bundles of top quality assets= , which will include tools and art through February 26.

$19.99 Bundle - Save up to 95%
This bundle contains everything from the $9.99 bundle, plus Asset Cleaner PRO - Clean | Find References, POLYGON - Knights Pack, Shader Weaver, Bio IK, Top Down - Fantasy Forest, and Japanese Alley.

HDRP Mask Map Packer - I made a little editor extension to pack Metallic, AO, Detail, and Roughness/Smoothness maps into one image for the HDRP Lit Shader because doing it in GiMP was a tiny bit more tedious and I like to try to do as much as I can within Unity itself.
Diabolickal Open Source 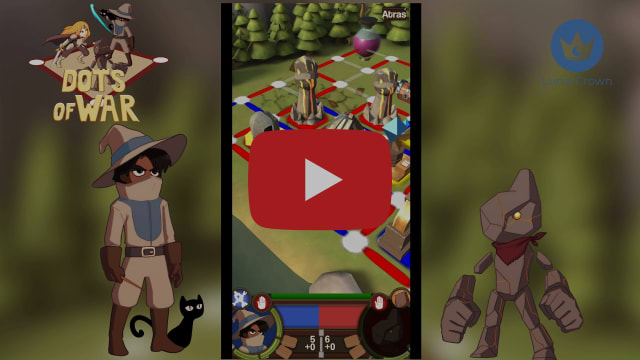 Postmortem: Dots of War [English] - Dots of War is a fast online strategy game for mobile devices, it is based on the game Dots and Boxes and the objective is to conquer the majority of the map by connecting four lines to score points. Once you capture a part of the map, your player’s energy rises and with it you can make special abilities that will allow you to affect your opponent’s turn.
Uriel Carrillo