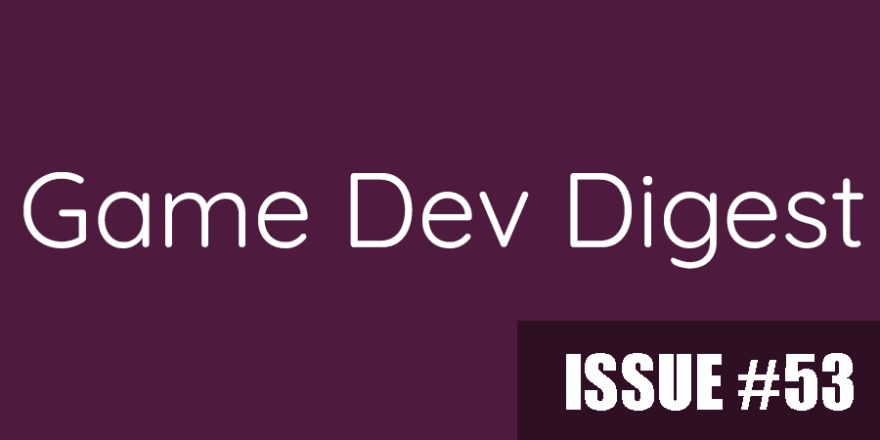 Hope everyone is staying productive as usual! This week's digest has some helpful stuff in that regard. Plus a couple great bundle deals below that are great value.

Making of The Heretic: Digital Human tech package - Creating a realistic human is a complex technical challenge, as you need a huge amount of data to achieve a high level of visual fidelity.When working on The Heretic, the Demo Team developed tools to overcome many problems related to facial animation; attaching hair to skin; and eye, teeth and skin rendering in Unity. Those tools are now available on GitHub. Read on for a full technical breakdown of the process behind these solutions.
Unity

Now You Can Choose High-Performing Unity Shaders - Today, I'll give you handy tables so you can see the performance cost of the commonly used Unity shaders. Yes, now you can make informed decisions in your game
The Gamedev Guru

Using the Geometry Shader In Unity To Generate Countless Of Grass On GPU - When displaying a realistic rural scene in a game, the rendering of grass is essential, and when it comes to efficient rendering of grass, many people will think of Chapter 7 of GPU Gems, “Chapter 7. Rendering Countless Blades of Waving Grass”. Most of the following content is about how to use the Geometry Shader to render countless grass on the GPU.
Jiadong Chen

Probuilderize To Edit Meshes - For real tho, don't forget how handy the Probuilderize feature is for quick edits on any mesh in your scene, even ones made outside of Unity3D. Just add ProBuilder from the Package Manager to use it. Great for asset modifications, splitting objects, & UV tweaks.
Ashley Alicea @avashly

C++ For C# Developers: Part 9 – Enumerations - We’ll continue the series today by discussing enumerations, which is yet-another surprisingly-complex topic in C++. We actually have two closely related concepts of enumerations to go over today, so read on to learn all about both kinds!
JacksonDunstan.com

The Whirlpool Effect - After some delay here is the promised whirlpool effect post!
Kabuk Games

Scrollable Menu in Unity with button or key controller - In this tutorial I’m going to show the implementation of a button- or key-controlled scrollable menu in Unity.
pavcreations.com 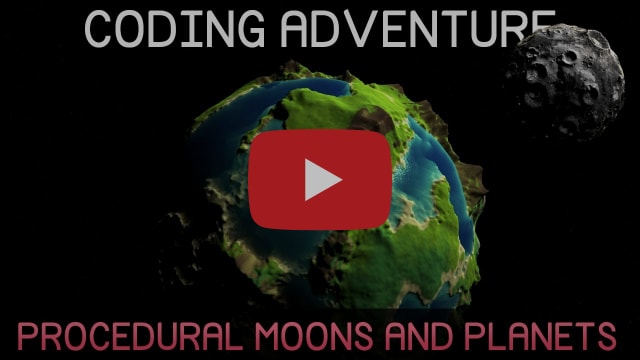 Coding Adventure: Procedural Moons and Planets - Trying to generate some simple little moons and planets to fly about and explore. Inspired by the (incredible!) game Outer Wilds.
Sebastian Lague

Triplanar Mapping in Unity URP (Shader Graph Tutorial) - In this video, we'll take a look at how triplanar mapping works, and how this technique can be used to texture objects in the Universal Render Pipeline.
Unity

Unity Shader Graph Transparent Video Hologram - In this Augmented Reality tutorial Matthew Hallberg will show us a chroma key shader in Unity that removes the background to make transparent video and adds some holographic effects on top!
Third Aurora

Holograms in Unity Shader Graph and URP - Give any scene a sci-fi look by making some of your objects holographic! In this video, we'll explore a technique that makes any object look like a futuristic 3D projection.
Daniel Ilett

Pixelart Effect In Unity | Advanced Tutorial - SRP - STEPS: 1) Gain a comprehensive knowledge of HLSL and Unity's SRP. 2) Do a couple months of research on Unity forums, Stack Overflow and Reddit. 3) Skip Step 1 and 2 and copy my code over. 4) ??? 5) Profit
Madalaski

Using Game Foundation to quickly build common game system | Unite Now 2020 - Readymade economy systems can really speed up your game development. In this video, learn how to use Game Foundation to integrate an item store in less than 30 minutes.
Unity

Get up to speed with Timeline | Unite Now 2020 - In this video, learn how to use Timeline to create cinematic sequences of Mars rovers – controlling animation, activation, and audio – then apply the same concepts in your own projects.
Unity

Empowering storytellers – Part 2 : Computer generated anime, film, & movies | Unite Now 2020 - In the second session of this series, learn how to use Unity production tools to dramatically speed up rendering for animation and VFX. We show you how animation artists are using these tools to
Unity

Prototyping Games in Unity? - Learn about the process of game prototyping. Every game dev has to build prototypes eventually, and it can be one of the most fun parts of the job.
Jason Weimann

How to profile and optimize a game | Unite Now 2020 - Learn how to use Unity’s powerful optimization tools for diagnosing and troubleshooting performance problems via a demo on a simple maze game. You’ll be able to use these practical tips and techniques to improve performance in your own Unity projects.
Unity

How to Program in C# - Conditions (E03) - Let's learn how to use conditionals in C#!
Brackeys 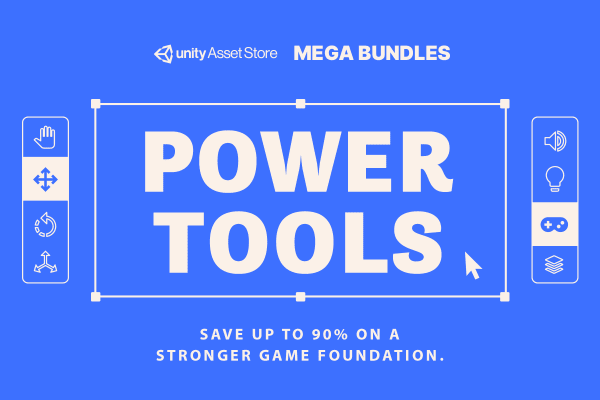 Power Tools Mega Bundles - Users can save up to 90% with this powerful, curated set of top-quality tools and extensions through July 31.

$9.99 Bundle - save up to 85%
This bundle contains: Rainbow Folders 2, Tail Animator and Editor Console Pro.

$29.99 Bundle - save up to 88%
This bundle contains everything from the $9.99 bundle, plus Dynamic Bone, Nice Vibrations | Haptic Feedback for Mobile & Gamepads, Lean Touch+, Obi Rope, Path Painter™, and The Vegetation Engine.

TextMeshPro Colorize characters - Hi guys, If you want to colorize each character of your TMPro text (and eventually animate the colors) I made this small component to be added on a TextMeshPro UI Text.
RODLAIZ Open Source

NavMeshPlus - NavMesh building components provide you with ability to create navigation meshes that are generated automatically from your Scene geometry, which allows characters to move intelligently around the game world.
h8man Open Source

Object Distance Toggle - Dynamic Object Optimization Burst compiler on a job for distance checks that set LOD states, I can do whatever I want if additional references are also available, in this example I only toggle objects. [View the video description]
TurnTheGameOn Open Source 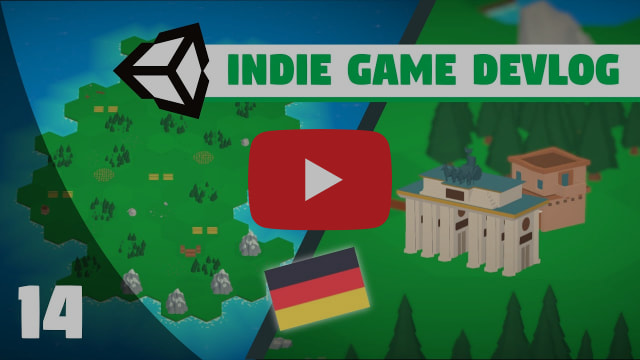 Mini Countries - This week I show the map for Germany and present a new feature. I've also made some more animations for some trade buildings and started the tutorial system. Enjoy!
YheekyGames