Quarantine can't stop the Unity community. We've got posts on making card games, hole games, rogue-likes and more. Tips on using ScriptableObjects as replacements for enums and other type checking. VFX and and Shader Graph. Physics, performance, and coding. Whatever your preference, this week has you covered.

Lastly, don't forget the Asset Store Spring Sale has begun, hope on thos 50% off discounts while you can. Enjoy!

How to Build a Multiplayer Card Game with Unity 2D and Mirror - Working with the canvas in Unity 2D can feel complicated at first, particularly if you're attempting to learn the editor while also tackling C# scripting.
M. S. Farzan, freecodecamp.org

Guide: Parallax Cards in Unity - Alexander Ameye allowed us to repost his guide to the parallax card effect in Unity. Introduction: I will give a breakdown of how I made a parallax card shader using shader graph. For this shader, my personal challenge was to do as much as possible in the shader itself without relying on any textures. In the end, the only things I used 3D models for or textures are the little pokemon scene in the center of the card, and the text on the card.
80 Level

The Game Performance Pillars: The Start of a Journey - Do you want your game to be a success? Do you want to avoid a big chunk of the 1-star reviews? Do you want to work more on the features your players want, and less on the features they don't care about? For all of this, you need to achieve game performance in the broad sense. That includes loading times, development speed and working on what the users want.
The Gamedev Guru

Learn to save memory usage by improving the way you use AssetBundles - Whether your application streams assets from a content delivery network (CDN) or packs them all into one big binary, you’ve probably heard of AssetBundles. An AssetBundle is a file that contains one or more serialized assets (Textures, Meshes, AudioClips, Shaders, etc.) and is loadable at runtime.
Unity

Build times: Get the details - Updated BuildReport API in Unity 2020.1 beta gives more details about the build times of your project, breaking them down to the asset level. This information will help you optimize your iteration times.
Unity

5 Tips for Organising Unity3D Game Assets - Working with a lot of files becomes increasingly difficult without good structure and organisation, so here are my top 5 tips for organising and working with a lot of game assets, that will hopefully save you some time for doing more fun things, like modelling, designing maps and back rubs..
Tim Coster

Rotate a point around another from any axis, using matrix, and without using any Transforms - Rotate a point around another in 3d space is not so easy if we want to handle any axis, without gimble lock. The goal of this function is to use pure math, without any Transform whatsoever. Not just for the beauty of it, but mainly because sometime we want to calculate this kind of stuff without having to use, or generate empty gameObjects. I will use matrix, quaternion and some basic math.
belfiore.ovh

Unity “Long exposure” VFX - I wanted to make an effect like what you get when you take a long exposure picture of a the night sky – the stars get stretched because of Earth’s rotation.
Ondrej Paska Blog

Asset Variables - Reusability is quite important in almost any development scenario, and the same applies to games as well. One technique I have adopted are Asset Variables or shared variables. These are based on ScriptableObjects in Unity, hence my name for them: Asset Variables.
TOORAH'S BLOG

Three free tools to level up your prototyping - Joel Beardshaw explains how Ustwo Games makes the most of free tools for creative prototyping.
gamesindustry.biz

How to "Animate" Joints - I recently got asked if there are any good reads regarding "active ragdolls" in unity and since i couldn't find anything useful i thought I am gonna start a little tutorial series.
KevKev

How SharedStatic Works - Burst 1.2 comes with a new feature: SharedStatic. This allows us to write to static variables from within Burst-compiled code like jobs and function pointers. Today we’ll look at how this is implemented by Burst and IL2CPP. We’ll also put them to a performance test to see how fast they are.
JacksonDunstan.com

Svelto.ECS Internals: How to avoid boxing when using structs and reflection - I had two interesting problems to solve during the development of Svelto.ECS, which in short are: Set an implemented property of a struct, but only when the struct implements a specific interface, from a generic method and without casting the struct to the interface. Assign an object to a field of a struct, using reflection, without casting the struct to an object.
Seba's Lab 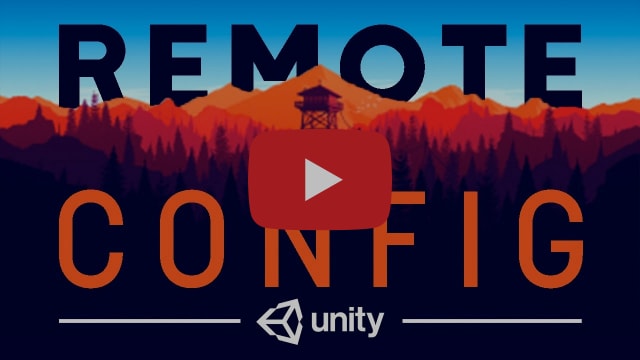 CHANGE YOUR GAME ANYWHERE using Remote Config - Unity Tutorial - In this video we take a look at how to change and update your game from anywhere!
Brackeys

Scriptable Cookbook: Damage Type System With ScriptableObject Enums (Unity Tutorial) - In this Unity3d tutorial we learn how to create and use ScriptableObjects to replace C# enums or enumerations in a flexible and extensible approach. We'll use this to setup a simple elemental damage system with different damage types like fire, ice, and poison. The idea is that we can check equality against the ScriptableObject asset, instead of checking against an Enum entry. We can also add data or code to these objects as needed.
Matt MirrorFish

How to make a Hole Game in Unity. - In this video, we will create a Hole Game similar to hole.io or donut county. We will learn how to cut holes in solid geometry with one trick.
URocks!

How to publish your Unity game online! (Official Unity Tutorial) - So you have made a game in Unity, and now you want to share and publish it online for everyone to play? Let's take a look at how we can do that!
Unity

Free 3D Scanning with your SMARTPHONE for Unity - Today we'll be checking out a free 3D scanning app for your Smart Phone called Display.land! You can scan objects with your phone and output them straight as 3D models and import them into popular games engines like Unity and Unreal Engine!
SpeedTutor

Intro to Tool Dev in Unity - An Improvised Live Course - this was originally streamed as a course for students at http://futuregames.se/, who were super kind to let me both stream this live as well as upload it here! so massive thanks to the people at FutureGames!!
Freya Holmér

How To Wall Jump In Unity - Easy Tutorial - Hey everyone! In this awesome tutorial we will wall jump! Have fun!
Outrage Games

How To Make a Resident Evil Game In Unity - Tutoral #14 - Glowing Items - In this Resident Evil Tutorial we expand our Zombie walk area and we create a glow for our items.
Jimmy Vegas

Creating a Force Field with Shader Graph in Unity - Learn how to create your own force field effect in Unity' Shader Graph!
gamesplusjames

Super Meat Boy Effects Tutorial in Unity For Beginners - Hi guys, in todays video we will recreate some of the bloody effects in super meat boy using Unity! I hope you enjoy!
eleonora

Physics Constraints in Games Part 1 - Constraint Basics - This is a re-recording of a game physics talk I gave in February 2020 during a Unity developer meetup in Taiwan. Part 2 & 3 coming soon. Slides, examples, and source files can be found on GitHub.
Ming-Lun Chou 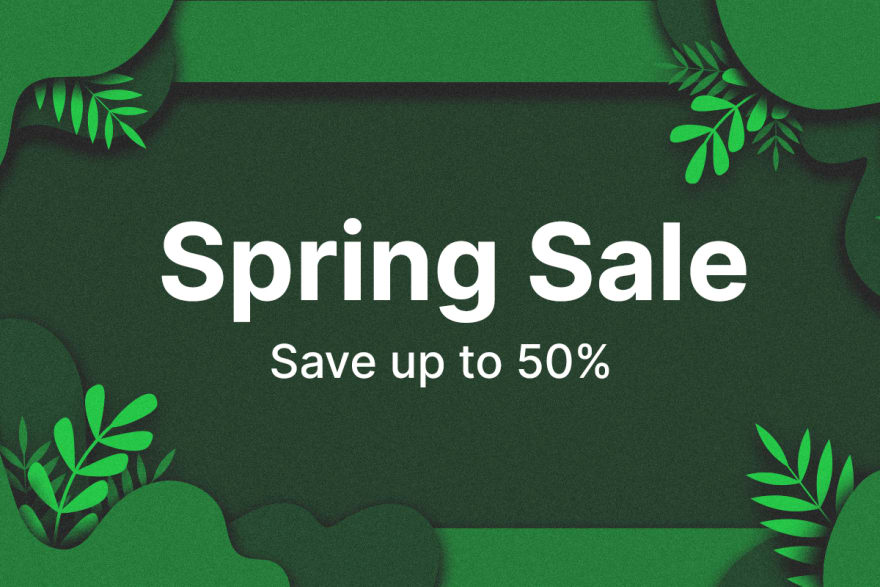 Unity Spring Sale! - More than 500 of our most popular assets are available at 50% off and one high value asset each day is available at 70% off as a Daily Deal.
Unity Asset Store Affiliate

Toon Liquid Shader - Hey y'all, this a liquid shader for Unity. It was made with the focus of being really versatile so you can use for all type of liquids, such as ponds, lava, seas, mud, milk, chemicals or even create your new kind of liquid! It features vertex displacement, refraction, texture tiling, parallax fake floors, procedural shapes, depth colors and more. The shader will be available for free until 04/20/20. Then it will become for patrons only.
Daniel Santalla Denis

Pro Camera 2D - The definitive 2D & 2.5D Unity camera plugin - ProCamera2D is a plugin for Unity that allows you to quickly set-up a camera for any kind of 2D game. It supports all 3 axes (XY, XZ and YZ) and also orthographic or perspective cameras so it works great for all types of 2D & 2.5D games. It’s been built from the ground-up with a strong focus on performance and extensibility, meaning you can use it on all platforms (including older mobile phones) and if for some reason the included extensions/triggers don’t entirely fit your game you can easily extend it to fit your needs. On Sale 50% Off!
Luís Pedro Fonseca Affiliate

Paper Burn - Based on the Paper Burn Shader in Unity tutorial. The one difference is that the tutorial used the crumple paper as the baseline, but this one uses "mathy noise".
GameDevBill Open Source

HUMBLE 7000 GAME DEV ICONS BUNDLE - Create your own PC or mobile games, software, applications, websites, and more with this bundle of icons! Your purchase will support the following organizations responding to COVID-19, Partners In Health, Action Against Hunger, and Red Nose Day. In addition, you may also choose a charity of your choice! $449 WORTH OF AWESOME STUFF PAY $1 OR MORE
Humble Bundle Affiliate

WAV Loop Editor for Unity - Edit .WAV file loop metadata in Unity. Unity has limited support for looping metadata in .WAV files. It allows specifying a loop start and end point which will be used when inside the loop (Audio will still be played back from the start). A very common use case is music with an intro that should be skipped after a loop, which requires precise timing. Most other tools that support this functionality are either not widely available, unmaintained or complicated to use, so this tool was created to allow editing loops with a simple interface directly in Unity.
Rene Buchmayer Open Source

Odin - Inspector and Serializer - Odin puts your Unity workflow on steroids, making it easy to build powerful and advanced user-friendly editors for you and your entire team. On Sale 50% Off!
Sirenix Affiliate

Preset Manager - Preset Manager is the missing per folder preset for Unity. Applies Preset to objects respecting the folder structure and settings. Load all available Presets in the Project When a folder is selected, verify if there's an asset that can use one of the available presets. Display the Options per asset type Automatically applies to new prefabs You can apply the specific preset per folder.
Bruno Andre Mikoski Open Source

UnityFixSlowSceneViewMovement - If the scene camera keeps moving after you released all keyboard keys, this is a fix for you. In fact, it is a fix for everybody as this also makes Unity run faster when moving in the scene.
Andrés Leone Gámez Open Source 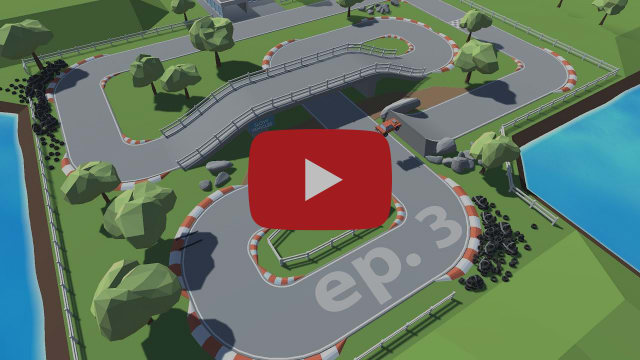 Low Poly Racing - Hey folks, it's time for Episode 3 of Making a Low Poly Racing game! I hope you enjoy it! If you haven't checked out episode one and two, or my Model 10 Cars in 10 Minutes video - I suggest that you check those out first =) In this third episode, I add wheels to the car and I create and attach wheel colliders. The first script is created that will add motortorque to the rear wheels and allow the front wheels to steer the car left and right. We also adjust the center of gravity so it doesn't tumble over.
Imphenzia