More brain-farting on the subject of fighting games. Specifically, the relief of victory. And as a side-note, poorly descriptive kinetic UIs in fighting games being the biggest barrier to entry.
Daniel Boutros
Blogger
April 20, 2010
Links to part 1 and part 2 if you missed them. Part 3 is below...

Relief
The feeling of victory is our feeling of sensory reward for 'winning' a game's success condition. It might be too vague and nebulous to discuss in isolation and is a big part of tension, which I believe I covered in part 1. So writing this part of my out-loud thoughts on ideas we can explore in fighting games may be quicker than I'd initially planned.

Relief, as I hope you all get to experience daily in your lives, is a feeling that comes as reward for having pushed and succeeded / survived through a stressful task at any level from challenging to painful.

Relief hits you in small waves during the back and forth exchange of a fighting game, bigger during riskier plays, and continues until the big pay off when you win a round, and the bigger -when you win the battle. And if in a tournament, the epic pay-off when you win.

The longer the path to victory, the greater the sense of relief - provided the stress remains. The stress can only remain if the play remains challenging, and in turn, that can only be engaged if the players are still having fun.


Relief = I've beaten a challenge = Feeling I'm being challenged fairly = Communication
Which goes back to the theories based on towing that fine line between challenging someone and flat-out frustrating them to the point where they stop playing.

There are hundreds of pieces you can read on this site about ideas on challenge and frustration and philosophies and strategies on towing that fine line to achieve relief and satisfaction.

Instead of rewriting my take on it, I'll just focus on one key piece of solving that puzzle- communication of mechanics to the player, aka your user interface feedback scheme.

I believe this is the fighting genre's largest, unsolved problem. Why? Because solving this problem would actually make the work more accessible and avoid those issues that the knowledgable enthusiast 'I Play Winner' inadvertently raised in the comments section in Part 1 of this series.

"You shouldn't put the blame on developers as much as yourself with it comes to innovation, [...] with most of the players I've met, bordem comes when their game suffers or it no longer seems fresh. There are always new levels you can take your game -- look at Japanese SFIII: 3s play. To this day those players are still finding out new ways to play the game using the core gameplay engine that was put in place over 10 years ago. Ever seen Remy put 4 sonic booms on the screen at once? Didnt think so." - I Play Winner, comments section of 'Fighting the Good Fight'.


What's the real problem here? Me? The game player? Am I responsible for having to explore every nook and cranny of a game to get the true depth and value out of it?

Using the age-old martial arts adage of "you get out, what you put in", I can answer this with a caveat-soaked "yes".

The problem of appreciation of the game, doesn't stop at my own potential ignorance or dis-interest. The problem is a two-parter, and the bigger part of it lies at the heart of the game design and the sorely lacking visual feedback. I shall explain...

...but first, watch this video:

This match looks very straight forward. But there's a lot going on you don't see.

Preparation
The players know the timings of their characters movements well enough so that they can play at this smooth-flowing state. That takes time and practice and is expected to reach high level play.

They've committed these moves to muscle-memory, plus reactions to very specific scenarios that allow them to create spider graphs of strategies and plays in their mind, executed part-subconsciously and part on-the-fly.

They've learned the properties of each of those attacks so they know which are blockable, unblockable, their distances and ranges, their distance to decay and other such that is the result of extended trial and error play.

It's fair to say that the time and effort to understand these mostly visually descriptive movesets is a fair assumption to make of the player, as a developer.

The less of this kind of preparation a player has to do before they feel like they're competent to play is another barrier of entry issue, but relative to the targeted audience and a diversion from the topic in hand...


During battle
There are key moments in the battle where without outside instruction, forum trawling and trial and error are the only ways to solve the problems the way they do. One I can illustrate easily is this:

The Dhalsim player unleashes a giant fireball. The Ryu player looks like he should absorb this attack due to the step he's at in his recovery animation, but he unleashes an 'Ex Dragon Punch' which seems to transport him through the fireball and over it, to safety.

To an onlooker who knows nothing about fighting games, or has never visited dedicated fan-forums or faqs, this makes NO sense.

In the game and many other fighting games following the traditional 2D formula, there's an additional player state called 'wake-up state'.

This is an additional state believed to have been originally designed to prevent domination tactics where players might be trapped by an opponent against the edge of the screen.

What a wake-up state does - relative to the move - is gift additional priority over other moves, or 'invinvibility frames' where specific animation frames are set to invincible, either for the entire animation frame, or just a set hitbox space. In the context of when it was created (back in the 16 bit days), the limitations of memory to hardware, and the design problem that required solving, it was a great solution.

The problem is that unless we're taught this, we have no idea that's what's going on. Nothing really changes visually to tell you or the player that you're in an altered, temporarily power-up state (save for the EX 'glow' that happens whenever you use an EX move).

The only way for someone new to learn this, is through passed-on knowledge from other players or trial and error learning through similar games that have absorbed this convention from days of old. While the mechanic itself works as a concept, this scenario, without the appropriate visual description, is poorly communicated and looks badly realised - I.E, UNFAIR to new players with little patience for the ways of old.

Here is another video:

Point 2 - Timecode 0:21
Ryu throws a fireball toward the giant Zangief. Zangief spins and the fireball passes through. Visually, it doesn't really make sense unless you make up a logic for it that perhaps Zangief's body is in the background briefly. But that makes even less sense than what I'm seeing. And now I've confused myself.

The difference between this convention and the first one, is that this one's harder to argue. Why? Streetfighter 2 did begin by establishing a language of 'if the character is spinning, projectiles will pass through the thinnest part of their spinning body'. At least with this move, and Ken or Ryu's Hurricane Kick, where Ryu's hanging leg would pass through crouching opponents' heads as the move passes over them.

Problem is, they break that convention's visual language when you attempt the same move by Zangief with different buttons and the fireball no longer passes through him.

Chun Li's famed Spinning Bird Kick also carried the same 'pass through' convention, but the move has changed across games. The point is, this convention was positively enforced in the past, more than not, and so became acceptable and somewhat readable.

However, this, the invincibility frames on some moves that clearly look like they should be getting countered at specific moments, and many other case-by-case visually contradictory moments are a source of great frustration for not only new players but older ones too.

Who wants to learn a language that lacks consistency and breaks its own rules? I love Street Fighter and games like it, but I don't like re-learning and re-learning things that visually say one thing and do another.

I'm pretty sure I'm not the only one who feels this way. 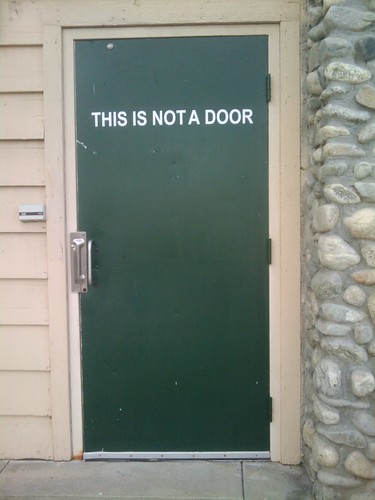 Conclusion
And that really is my problem with current fighting game design; the visual language in these types of fighting game are reliant on you knowing past conventions, born of a lower time in technological capabilities, and not improved upon enough to the point where the game can be visually readable by an onlooker.

What can I hit and when? How do I know when I have block stun invincibility, or when my block recovery is over, save for just waiting out for when I can move? How many pixels off am I from landing a throw? What do I visually need to look for in the characteristics of a move, to know I can always reliably hit it with this upward travelling punch? Are the exceptions to this rule visually recognisable so I can figure this out?

Some, if not all of the big fighting game series break their own rules in very specific contexts as illustrated in the Zangief / Ryu example. This is a problem, as you get breaks in the visual language and unnecessary frustration in the player will be inspired, because in that thought economy, the player feels less capable to figure out the game's rules and limits themselves.

The visual language and communication issue, in my opinion, is the biggest barrier of entry, and entry to depth, in the traditional 1 on 1 fighting design. Once that problem is solved, I think we'll see more people enjoying these games and finding them less work to get the most out of.

And I really don't see think it's a major design challenge.

In my view, it's simply looking at all the rules and micro rules in the game and iterating a bunch of visual ideas until you end up with a suite of the most suitable solutions to visually describe states and features to the player without breaking what the intended audience wants and needs from the game.