Fashion in Games: Why It Matters 2

Fashion in games is one of the most downplayed parts of the medium, yet it provides a sense of immersion, comfort and identity in their characters while simultaneously empowering gamers of all kinds. Let's talk about it.
Victoria Tran
Blogger
July 15, 2019

Victoria Tran is the Communications Director at Kitfox Games, a Canadian indie studio making Boyfriend Dungeon and publishing Six Ages and Dwarf Fortress to Steam. This is a summary of Victoria's GDC 2019 talk Why Fashion in Games Sucks, And Why You Should Care - you can watch the full video for free here.

When was the last time you spent hours customizing a character?

As much as video games are a visual medium, there have oddly been very few discussions about the role of fashion in games - whether that’s as an information-rich piece of communication, or a fun gameplay mechanic.

Caring about clothes can seem like an oddly superficial thing to do sometimes - I get it. After all, great games can and do exist without runway looks. That’s fine, we don’t all need to be fashion designers. (Making games is hard enough.) But why not consider new possibilities in games? Why limit ourselves when games are one of the most exciting mediums out there? 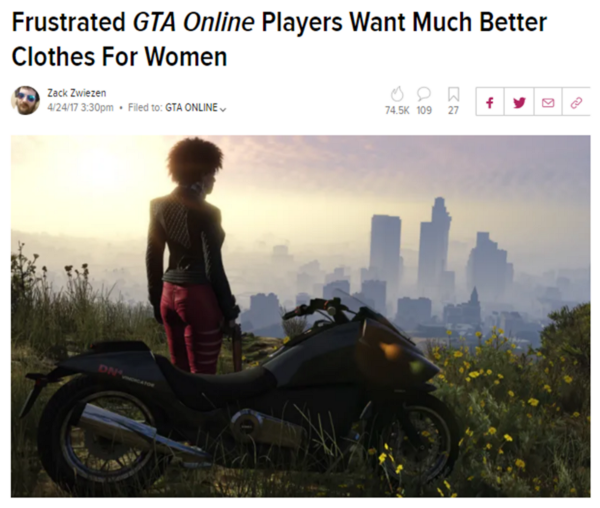 Bill Cunningham, a fashion columnist for the New York Times, once said that “fashion is the armor to survive the reality of everyday life.“

And I think that applies both online and offline.

Right now, games have typically been stuck on two major ways of thinking about play: domination and force.

What I think fashion does for games is how it breathes in the power of expression and aesthetics. How it explores a different type of play, and how that affects players. Keep in mind fashion doesn’t necessarily mean high fashion - even a t-shirt and sweatpants is a form of fashion. So let's talk about it more!

We’re all familiar with the idea of the “first impression” - that first 2 seconds you see someone, you’re bound to form some sort of opinion on them. Age, sex, socioeconomic status, occupation, personality, etc. It’s usually very flawed, but nevertheless it’s unavoidable because… brains.

When it goes wrong you get fashion that lacks information or context. It’s information-poor. A lot of fashion in games falls under this. They don’t bring anything to the game and they don’t make your character significant in design or feel. 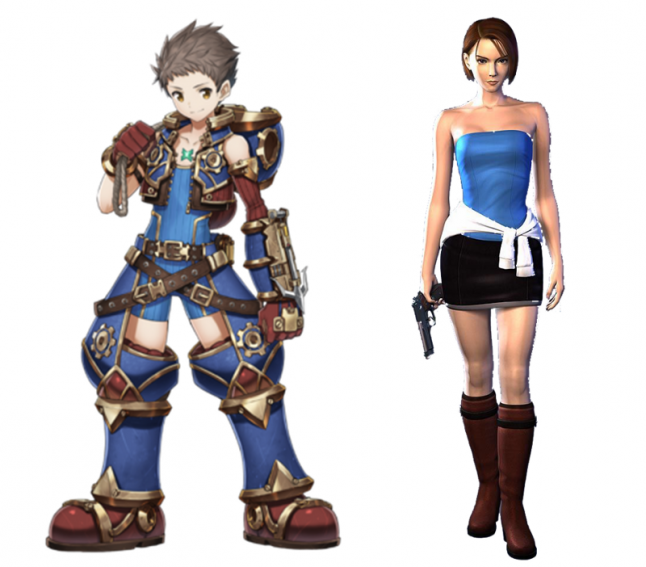 For example, on the left, Rex (Xenoblade Chronicles 2) is a diver, yet if someone were see him with no context or knowledge, they wouldn’t be able to figure that out. And on the other hand, if they were to see Jill Valentine (Resident Evil 3), it’s unclear she’s a main character, let alone a cop.

Done well, clothing can call back a certain era you want to draw attention to, describe the setting it’s in, or make or break the fantastical lands you’ve made. Where is your character from? What happened in their past that manifests itself today? Or if they’ve “made it”, how are they using their money now? How can you denote a villain versus a hero? What if you used clothes as an indication of something meaningful - a festival, a culture, or a beloved childhood shirt? How can you tell their story? 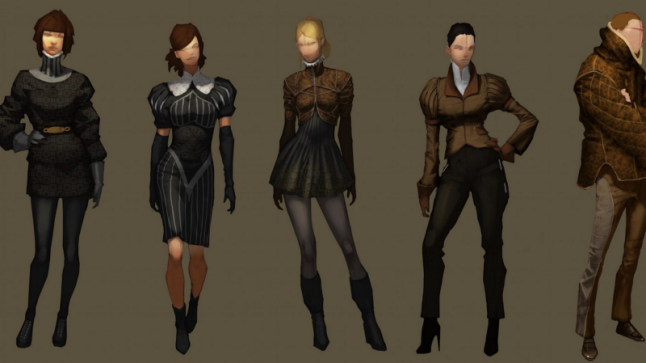 Even if we ignore how bad fashion provides nothing to the games they are a part of, it also can take away from the experience. There’s been numerous times I’ve gone into boss fights in different games wearing something that made me feel laughably stupid.

Fashion is its own complex language. Codified, meaningful, and symbolic, with different contexts and moods. So the first reason we should care about it is that fashion can increase our understanding. Fashion can send different signals that deepen the understanding of your world. It can also help build your world without the use of walls and walls of text, which I honestly hate.

Sidenote: a few weeks after I gave this talk, Polygon released a great video about the history of JRPG fashion. To be clear - I’m all for experimental fashion, whether it’s from JRPGs or not. You could actually LOVE Jill Valentine's outfit. That's fine. What I'm pointing out is that fashion communicates something to the player, whatever that may be, and we should pay more attention to that message.

A study from Quantic Foundry noted that for women and non-binary people, fantasy was one of the top 2 primary gaming motivations. (Fantasy being defined as being someone or somewhere else). The ability to feel connected to the character you play or your role is arguably closely tied to fashion.

This applies to any kind of game. Halo, Monster Hunter, The Sims, whatever - you want to feel “cool”, “powerful”, or whatever mood that suits the game. Clothes connect you to the character.

But of course, the personal aspect of fashion can make it go terribly awry. Due to fashion having such personal and cultural meaning to it, it’s easy to mess it up. Even more so because the industry doesn’t talk about it much.

Fashion is often misused, and the most well known example of this is with sexualized fashion. I’ve come to have complicated feelings about it now, and I recommend reading The Inexplicable Sexiness of Ivy Valentine.

As she writes, “these outfits don’t tell us anything about the characters wearing them. Sometimes, they directly contradict the stories and personalities of the women in them.”

She does also mention reclaiming sexiness for ourselves, though I find the problem with this is that it’s hard sometimes to feel empowerment when lingerie is the only default option. 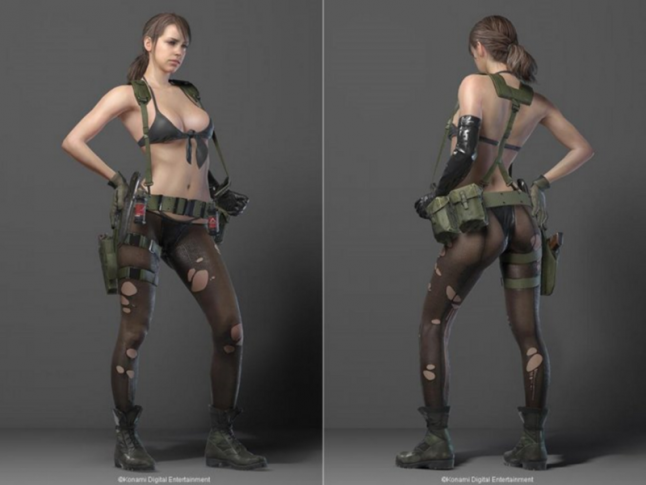 Now, straying away from sexiness for a second, I have another way fashion is misused.

Imagine a new world where Americans are only ever shown wearing cameo or the US flag. And they’re always loud and angry. That’s it. You literally cannot watch a movie, pick up any game, or see pictures online of Americans wearing anything BUT the US flag. Work through this with me - how bored, how annoyed, how dumb would this eventually look after years of depiction? This is the simplest, must reductive way I can relate it to how much fashion can reflect culture and significance. 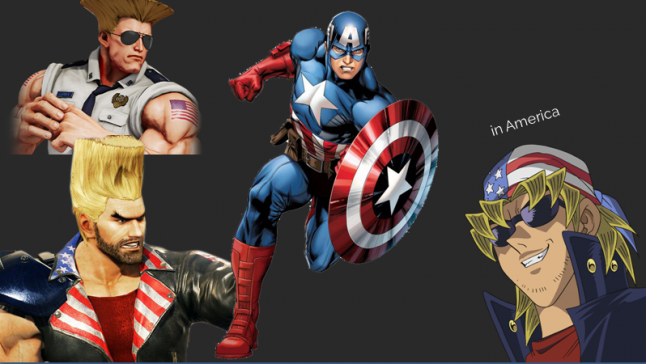 Issues of cultural appropriation and diversity go far beyond the games industry, but that doesn’t mean we can’t make a difference. Video games are the most powerful form of media, and why can’t it be a platform for growth and change AND fun?

A great example of using fashion for cultural understanding is The Geeky Baju Project (below), by Charis Loke. 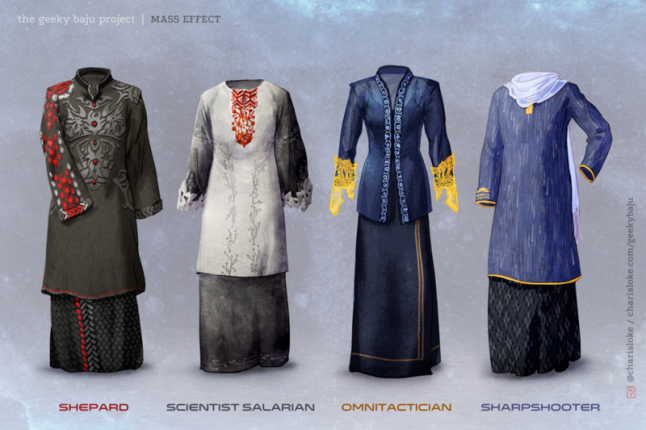 She’s been reimaginging Southeast Asian garment design for various games and movies. Her aim isn’t to directly convert a character’s existing clothing into local outfits but to express the character’s personality, beliefs, and history using textiles, motifs, and silhouettes.

She mentions that when the characters from existing science-fiction and fantasy titles are interpreted through garments from the other side of the world, issues of race and culture often emerge. “Most of these stories are still being told by creators who aren’t Asian, which means a tendency to misrepresent, to exoticise.”

Game fashion has the potential to do so much - learning about other cultures and communities is just part of that.

What’s blown my mind is how few modern fashion games they are, and if they do exist, they’re often mobile games locked behind microtransactions. (Not to say those aren’t fun.) But fashion is good business - we’ve seen it before with physical creations of merch, or even with the financial success of cosmetic lootboxes.

There’s a thirst for dressing up, yet there isn’t even a fashion games section on Steam. 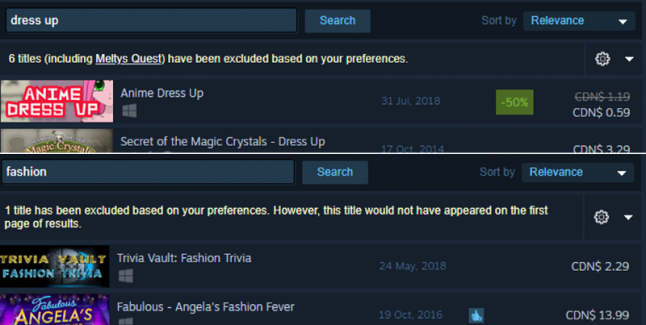 Really though, mobile games (most notably Love Nikki) clearly show fashion as gameplay is a viable option, with the entire game revolving around clothing. Players are able to collect clothes, do story quests, face off in style battles with skills and abilities, and even evolve their clothes for “stronger” ones. AAA games are lagging behind in this respect, but some good examples include the Hitman series, and the Yakuza 0 hostess makeover mini game. 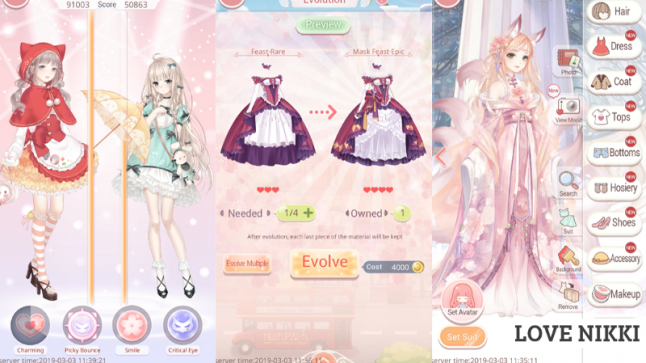 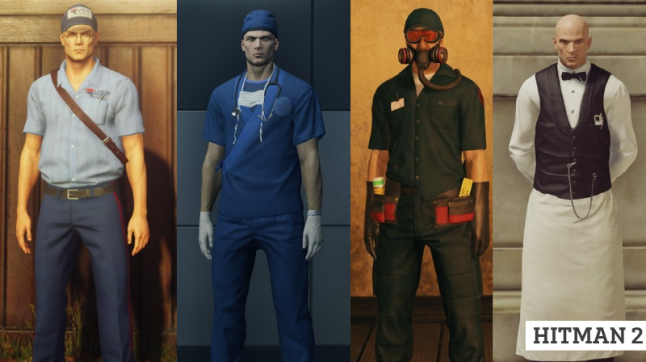 The bottom line? Fashion is fun.

Keeping in mind that fashion is informative, expressive, and fun as you design characters, work on customization choices, or mechanics will help you. 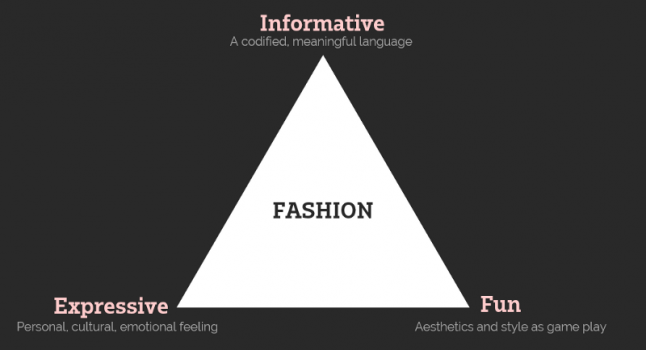 As an example, the look of the Boyfriend Dungeon characters was important because what the dateable weapons wore would ultimately affect the player’s perception about their personality, relationship-style, and ultimately if the player would want to pursue them. 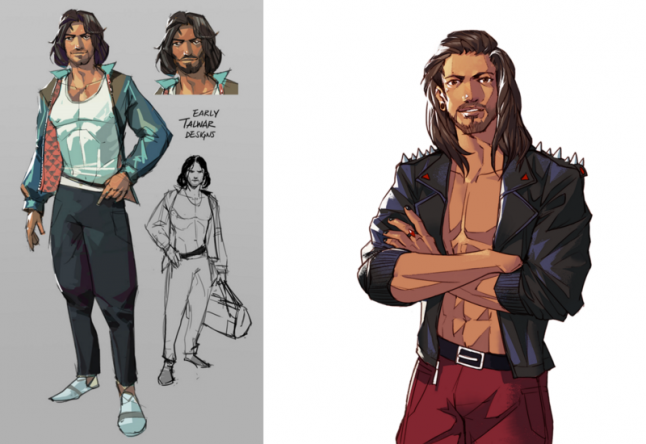 Sunder’s original character direction (left) was “attractive, long hair, a little shallow, owns a nightclub” and we knew he works out a lot, so we gave him gym attire. But this gave the impression that his primary character trait was going to the gym, and all the associations that came along with that.

So we revised it to be more in line with how we wanted the player to feel about him - that he’s brazenly flirty, confident, and interested - and we think the new design (right) is more effective at communicating that.

The real world is full of inspiration, stay curious about it. Look at runway shows, read their inspirations, and look at the themes they play around with - they’re a treasure trove. Lookbook.nu is also a great way to check for more wearable outfits/trends.

Pay attention and be curious about why certain clothes make the news. Wonder what you can do about the world of self expression, personality, and culture. Find new ways to celebrate art. 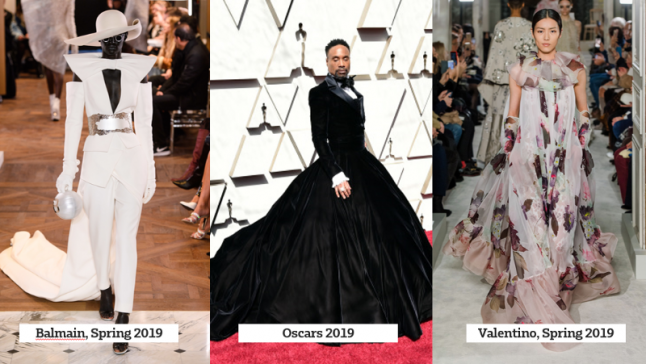 And finally another way you can learn to integrate more fashion into your games? Hire diverse developers! A more diverse team means more diverse opinions, ideas, and interests. Which in turn attracts a more diverse audience.

Overall, to me, fashion is excitement found through exploration and self discovery.

It’s a whole new style of play worth doing well.