Fallout and The Procedural Skald

A discussion of how the extended epilogues in Fallout 1 & 2 compare to Fallout 3's procedural skald of Three Dog in add gravitas to player decisions.
Nels Anderson
Blogger
June 08, 2009 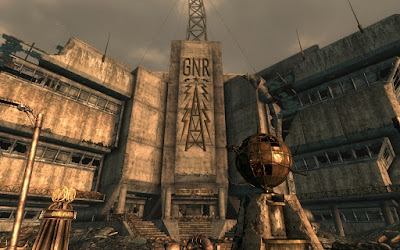 To many, the appeal of games is being able to meaningfully interact with a world, making decisions with lasting consequences. Unfortunately, providing this is a very difficult challenge for developers. The combinatorial explosion that even a small number of decisions creates requires providing outcomes for all possible combinations of decisions. Just creating that content is a tremendous amount of work; creating it in such a way that all outcomes connect harmoniously and do not feel unnatural is realistically impossible.

Commonly, developers address this issue either by providing small, isolated pockets of agency that do not interact or by providing choices that are largely illusory, with the core story hitting on the same beats regardless of the player's specific decisions.

Interestingly, Fallout 1 & 2 addressed this issue cleverly, but Fallout 3 abandoned that device for a weaker solution. If Fallout 3 had augmented this instead of abandoning it, I think it could have represented a more significant step toward minimizing the complications of these issues.

Most areas in Fallout 1 & 2 provided a number of different outcomes to the player's decisions, but these outcomes were almost always isolated from each other area. Beyond adjusting the player's abstract reputation (karma), events in Shady Sands don't change what happens in The Hub. Unlike other games that adopt that model, however, Fallout remembers the outcomes of various decisions the player makes. At the end of the game, the player sees a substantial epilogue that describes the impact their actions had on the people they met and the places they visited.

Fallout 3 provided a minimal version of this, describing in binary terms how the player acted at maybe a half-dozen locations. To be honest, this disappointed me far more than the content of the ending itself. Instead of an epilogue, the bulk of response to player actions comes from the game's procedural skald, Three Dog.

(As a note, this construct came from some comments made by Marc LeBlanc at his Game Design Workshop at GDC this year. He used "procedural bard," but I'm going to use the term "skald," as being a tabletop RPG veteran, "bard" has some degree of baggage.)

Three Dog serves as a dynamic skald, providing disc jockey poetics of the player's decisions. This gives the player's actions context, demonstrating clearly that their decisions are not made in a vacuum. Karma serves a related purpose, but responding to the player's actions with a real, human voice has the potential to be more poignant. The nursery scene at the beginning of the third act of Bioshock does the same.

Similarly, this allows for the world to reaction to generally immoral acts without just making all NPCs hostile. Given the reward structures of most games (rewards being experience points, money and/or equipment), making some number of previously friendly NPCs hostile really just gives the player relatively guilt-free access to resources. This only serves to further incentivize immoral actions, rather than causing the player to reflect.

Finally, Three Dog provides live feedback, instead of only at the end of the game, as the epilogue in Fallout 1 & 2 did. I understand that some didn't connect with Three Dog, but hopefully the value of a procedural skald construct is clear. The skald doesn't necessarily need to be a specific person or even a person at all either.

As I mentioned above, the lack of a substantial epilogue in Fallout 3 left the ending feeling quite unsatisfying, and many others felt the same way. Fallout 1 has a very strict time constraint, and Fallout 2 only loosened this somewhat. Without the strict time constraints and very pronounced goals of Fallout 1 & 2, exploration is at the heart of Fallout 3. As the end of Fallout 3 terminates any further exploration (until the Broken Steel DLC, at least), without any kind of epilogue that gives the player's actions greater context and meaning, I can understand why many found the end so unsatisfying. 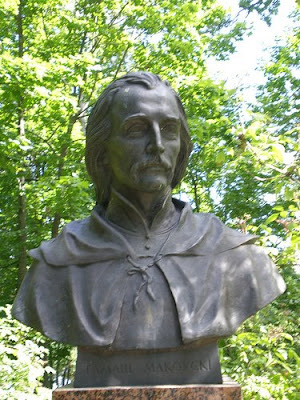 Players seek the ability to affect change in the worlds they inhabit. Providing meaningful outcomes with cascading consequences explodes into an uncontainable number of stories. Even the most dynamic stories still must collapse to a few certain story points. But by using both epilogue summary of decisions and active in-game feedback, we can make the player's decisions feel more substantive and influential. As our procedural skald tells epic poems of the player's actions, they're providing what many players seek. They are saying something to the world and it will speak back.