ENEMY AT THE GATES

This title belongs to a movie directed by Jean-Jacques Annaud. In the movie a young boy is going hunting with his grandfather and learns concepts of shooting and now he’s a sniper in Stalingrad;
Alireza Yarmohamadi
Blogger
May 06, 2014

This title belongs to a movie directed by Jean-Jacques Annaud. In the movie a young boy is going hunting with his grandfather and learns concepts of shooting and now he’s a sniper in Stalingrad; The best sniper. He wins snipers fights one after another and in the end, with dedication of his friend, he beats the greatest Nazi sniper.

What makes the viewer to admire this move?

In Horror movies, the element that makes the film more attractive is the “Twin Concept”. In the “Saw” series the viewer says: If I was in a pool full of syringes, what would I do? 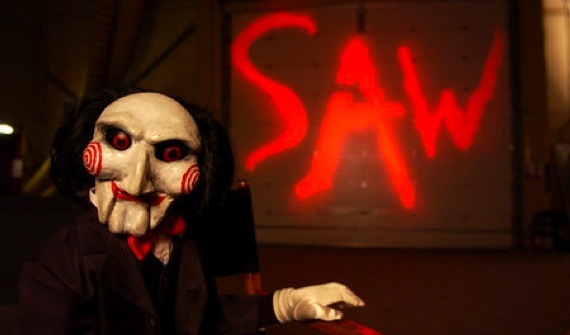 The sniper in “Enemy at the gates” is a super hero. In your fantasies, would you like to be an ordinary soldier? Or you want to be a super hero sniper? You want to be “the one” with special features.

Let’s go back to the world of games and the World of Warcraft, the most popular online game in the world. In this game, with different classes, the players can be incomparable in a certain class. They can do something special in the battlefield. They can be “the one” as a supporter. A player can be the best healer or the best tank of the game. Being special in each class satisfies the players; classes that we usually see in “RGP” games.
Although the World of Warcraft never ends but the feeling of being special and staying special causes the players never leave the game. Players continue the game for years and enjoy the progress and being advanced.

eRepublik isn’t designed to have an end. Imagine a country wipes all the countries on the map. Imagine a player reaches the highest level. Is there a highest level?! In eRepublik wiki, game designers have plans for levels 100 and 200 too. Today after passing almost 2000 days of virtual world of eRepublik nothing changed and it’s not going to.

eRepublik’s game designers must have been thought about satisfying this need of being “the one”, being special or being the best in players. Ranking page is an important part of it. PBBG designers can’t put an end to the game or the player. A player can’t win the game or reaches the first rank and then, finish! They have to give the player the temporary supremacy feeling. But after years of playing this temporary feeling can’t encourage the player to continue the game or bring back old players who left the game. To solve this problem usually PBBG designers create temporary missions or quests. Missions not like Valentine mission (Or Global Warming…. puuuuuh) in eRepublik; Missions and issues that creates a particular interaction in the game.

An example: in test server of Asmandez I (Asmandez I is the first Iranian online game and Asmandez II was elected as the best MMO game in 2012) we created a quest named F-M 2030. I describe it in eRepublik structure. Assume a country receives a letter from eRepublik that says there’s an important person in one of your states. If you can secure the state after 20 days of war you will win this quest and your country receives rewards. At the same time another countries receive the letter too and if they conquer that state they will win the quest and will be rewarded.

The result is obvious; creating excitement in all of the users. Not like a simple quest like Valentine in eRepublik.
These quests in browser-based games especially in PBBG, stops the monotonous environment of the game and it’s a normal matter.
(Gold mine quest is one of these quests be in a irrational way which I’ll explain in my next article)
In the end I like to mention the eRepublik directly in this issue. eRepublik can be appealing for the players from different ways; Reaching the highest positions in politics of a country, being a tank and dealing huge damages in wars, making incredible money which leads to dealing huge damages in wars again. But these three or two ways aren’t enough for a great PBBG. I have to enter politics and at most I’ll become the CP in a country or I’ll be a very strong fighter, or both!
How many from 200,000 players of eRepublik can experience being a CP? How many can feel being the best fighter amongst the others?
eRepublik designers should think about creating differences in type of playing and being special between the players. Although wars in eRepublik have excitement of keeping the wall, BH hunting or defending the BH medal, but with a little change in war systems, eRepublik can put more ways in front of the players for being superior, and create even more excitement in the wars (which are the strength of this game). So all of the players put effort to become the sniper in “enemy at the gates”, and become the best in different classes like “world of warcraft”.