Dragon's Eye - 3 years of progress from a lone indie

Some of my thoughts on the creation process of Dragon's Eye that has taken 3 years.
Rod Moye
Blogger
July 15, 2020

I started creating Dragon's Eye in 2017 after the release of my first indie game, Candlelight, which I shipped on PS4 and Steam. Candlelight was a lighthearted game meant more for children, more specifically my two daughters, and did not revolve around violence or any game design mechanics that relied on micro-transactions or game components that created addiction through usage. I wanted Candlelight to be as pure and innocent as possible.

Dragon's Eye was the next step in my growth as a creator. As my game creation skills improved, I was able to create more complex gameplay mechanics and environments, all the while keeping with my original goal of recreating a child's fantasy. For me, this is what games are about - to remind us of a time when our imaginations ran wild with endless possibilities and when life was about having fun exploring the magic in our world.

Gameplay wise, Dragon's Eye is a combination of exploration, combat, platforming, and light puzzle solving. I've really tried to create gameplay similar to the early Zeldas with dungeons and temples being a big part of the story and gameplay while still having a big world to explore with engagement happening around every corner. My design philosophy has always been, create a world full of things to see and explore, not over sized, empty areas where nothing happens.

The art style of Dragon's Eye was definitely inspired by Disney's Sleeping Beauty and Don Bluth's Dragon's Lair. You'll see vibrant colors with a painterly art style. I'm not a fan of realistic looking games because they tend to age very poorly and my art skill set is better suited for more simple textures and models.

One of my biggest issues with many games is that they will look great yet perform poorly. Even worse, look poor and perform poorly. I have spent countless hours, reducing draw calls, creating texture atlases, and designing systems that disable objects when they are not needed or seen. For example, 90% of the environmental pieces are using 2 textures. I also have designed a good system settings screen that should allow pretty much any system to run the game at a minimum of 30fps. PCs with graphics hardware at or above a GTX 1060 should run the game at 60fps at Ultra Settings. 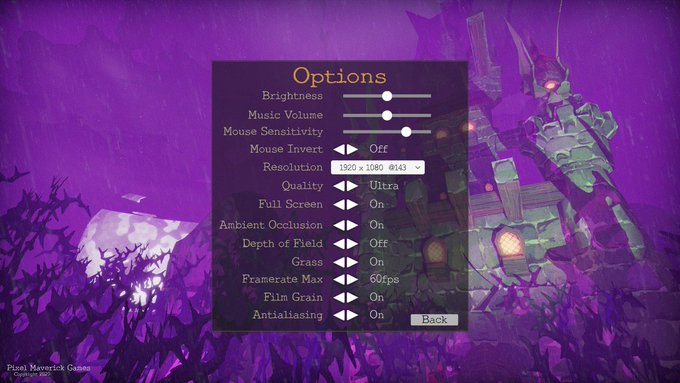 So after 3 years of hard work, lots of design changes, mistakes, and fun times, here is where Dragon's Eye is currently. I've yet to finish the final fight with the dragon or the castle challenges (think Dragon's Lair with many traps and dangers awaited you!), but there is currently 6-10 hours of gameplay with a ton of systems that play off of each other. I would love to hear your thoughts! 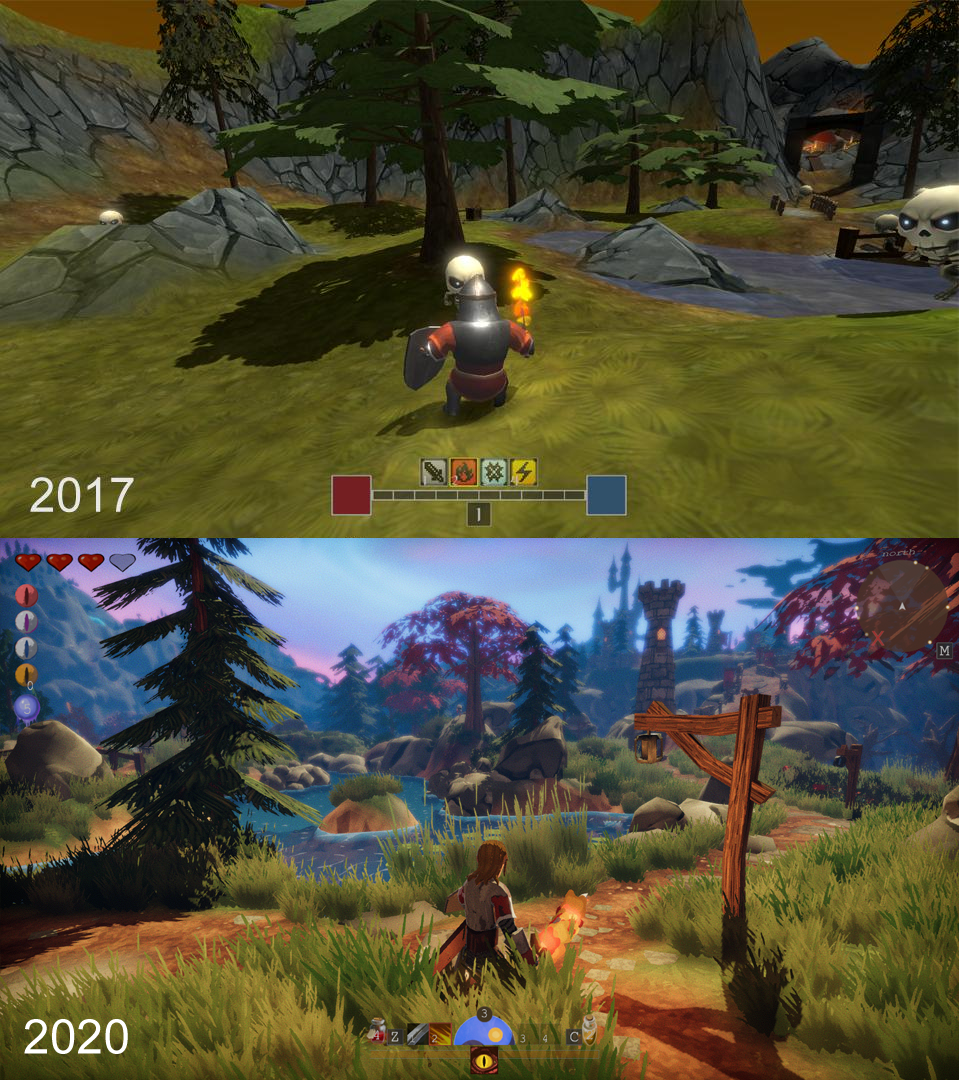 Dragon's Eye is an action adventure game filled with fast paced combat against dangerous creatures in an ever changing open world. Play your way through this adventure as Yen, a brave knight trying to prove his might against Gonti, a dragon that is hellbent on destroying everything in sight.

Time is running out in the land of Northway and Yen is their last hope. Yen's journey takes him through mysterious lands filled with magical weapons, mythical creatures, wizards, and warriors. Can this brave knight find the three magical sword enchantments and face the dragon before the land is lost forever?

An Ever Changing Open World
The night is more dangerous than the day. The land becomes increasingly more dangerous with each passing day. Random weather changes.

Time is Running Out
Gonti, the dragon grows more powerful with each passing day. Purge the land of the evil and find the sword enchantments to weaken him.