Die By the blade: fighting style and weapons vol.1

You don’t need to be a master in medieval combat to recognize, that fighting with a sword is sort of an art form, which takes years of practice and drill to master. Just try swinging with a proper katana in some museum. Feel its weight...
Peter Adamondy
Blogger
June 16, 2020

‘Die By the blade: Fighting style and weapons’


This blog exists to note down and map our development journey and to open up a friendly discussion with everyone who is willing to give us honest feedback on the game’s features, style and mechanic.

You don’t need to be a master in medieval combat to recognize, that fighting with a sword is sort of an art form, which takes years of practice and rill to master. Just try swinging with a proper katana in some museum. Feel its weight and imagine, how much energy, skill and dexterity would be needed if you wanted to survive a few minutes long fight with that thing. 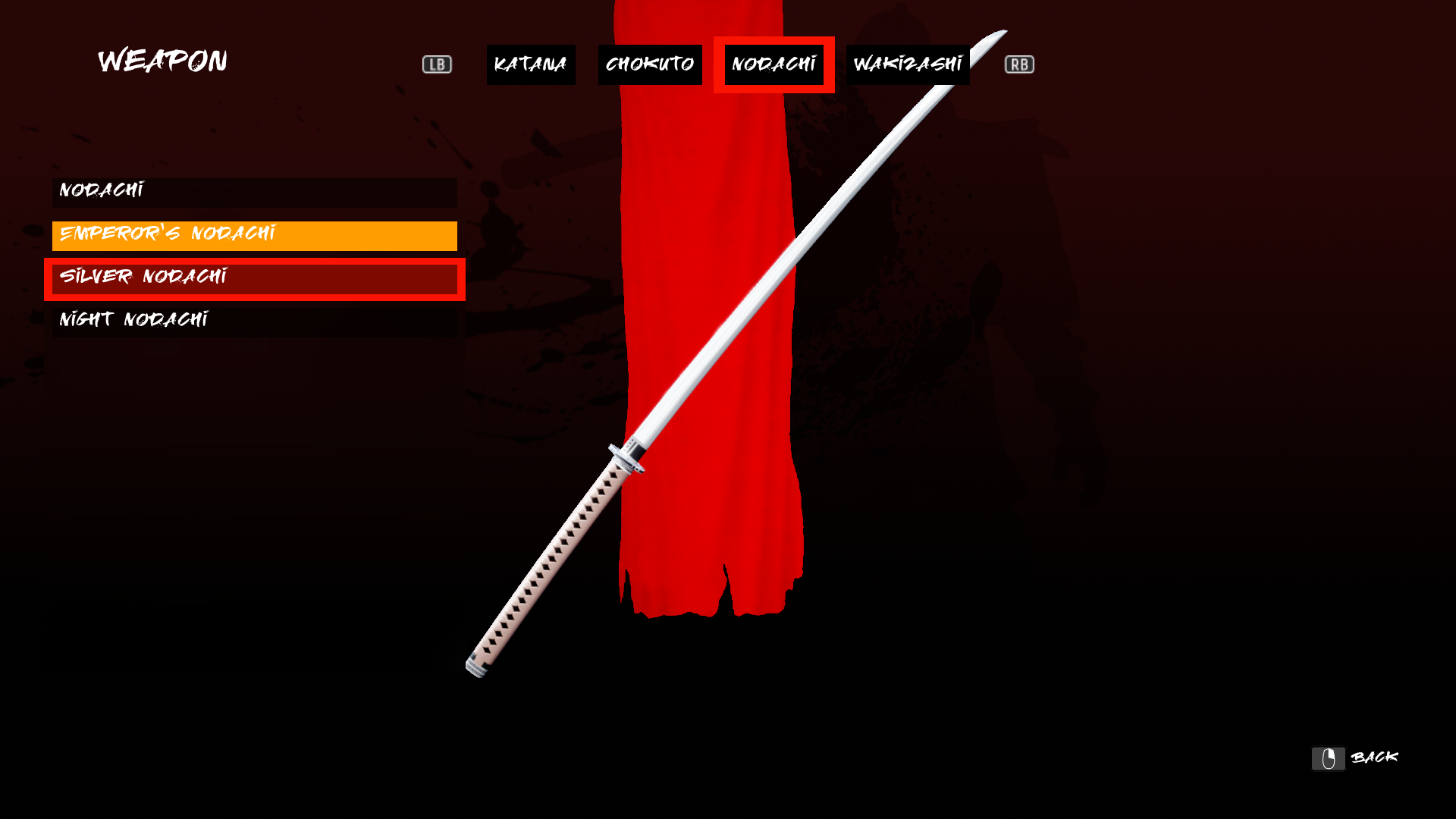 There are so many schools of sword fighting and every culture has its own unique weapons and adequate fighting techniques. Blade as an object is commonly associated with violence but in some cultures, it represents a symbol of honour or it has certain religious meaning. For example, Kirpan, sword or a dagger carried by Sikhs is a sanctified religious object and not perceived as a weapon per se. Have you heard of Yubitsume? It is an act of cutting off of one's finger, still practised as a form of penance or apology among Japanese Yakuza members. Its origin stems from the traditional way of holding a Japanese sword. 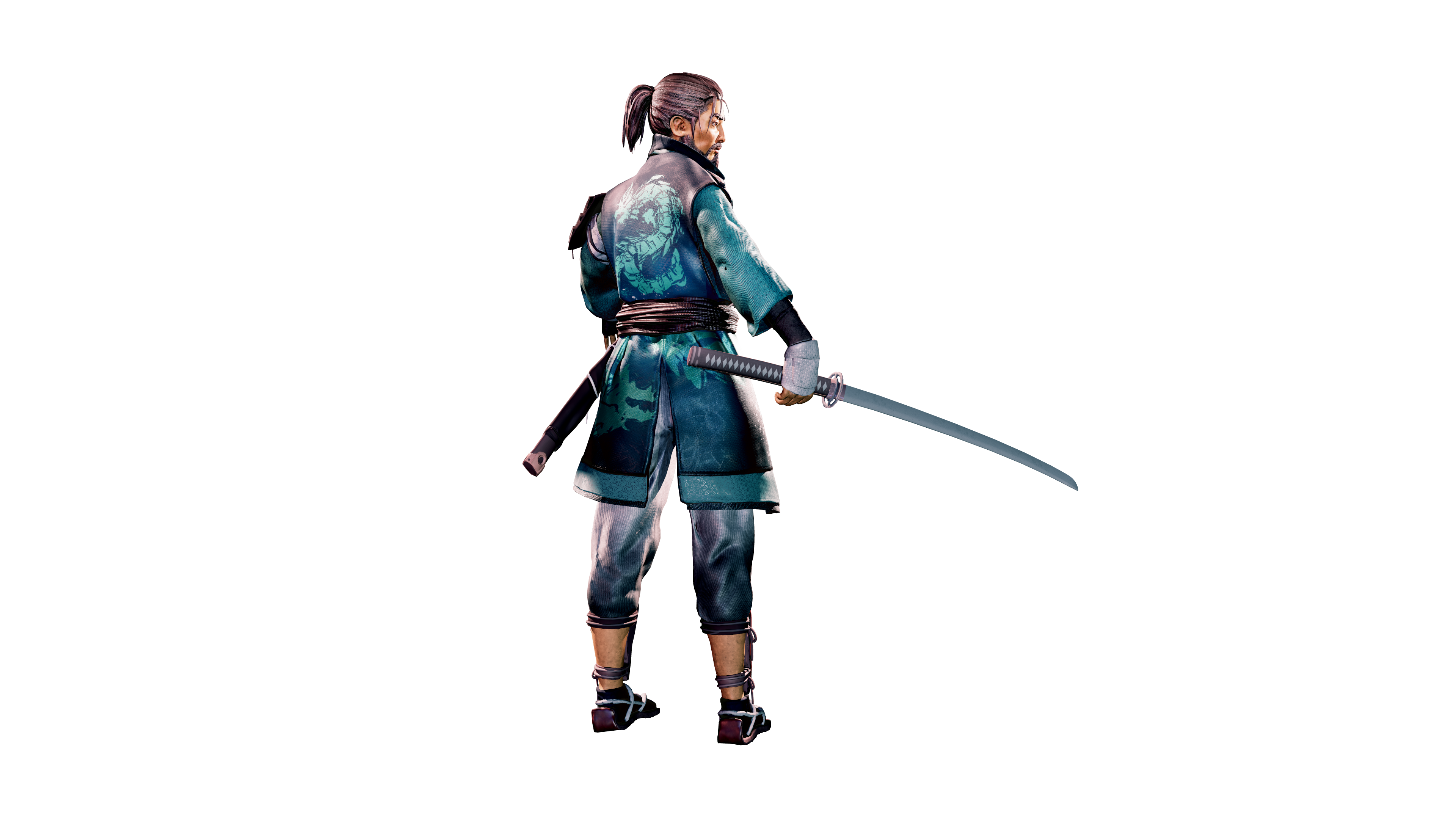 Despite technological advancement and sophisticated weapon systems, there is still something fascinating about swords and blades and their symbolism will prevail for long time to come. Making a sword fighting game is probably a dream of every child who loves to read books about fearless knights or to watch films with exciting fighting scenes.

We are no exception. Making samurai punk sword fighting game genuinely excites us. Saying all of this, how can some small indie studio aspire to make a game which is focused on sword fighting? Isn’t it too much of a challenge for 5 people who are rather trained in IT, not in physical combat and instead of having weekly practice in a gym with wooden swords, we tend to spend endless hours behind computers trying to develop intangible products made of bits and bytes?

Well, it is precisely that passion which motivates us to study different combat systems, mechanics and fighting styles, so that we can deliver that excitement, adrenaline experience associated with sword fighting to literally anyone on the planet. Yes, we get it. There have been so many games which implemented some aspects of sword fighting. But what we are trying to achieve with Die By The Blade is to create a combat system which will be based on the dynamic flow of movements. We want to deliver that adrenaline rush, which you would feel if you were exposed to real danger. Therefore we’ve chosen the way of low HP, which makes you more aware of the fighting process and forces you to concentrate on every swing and parry. 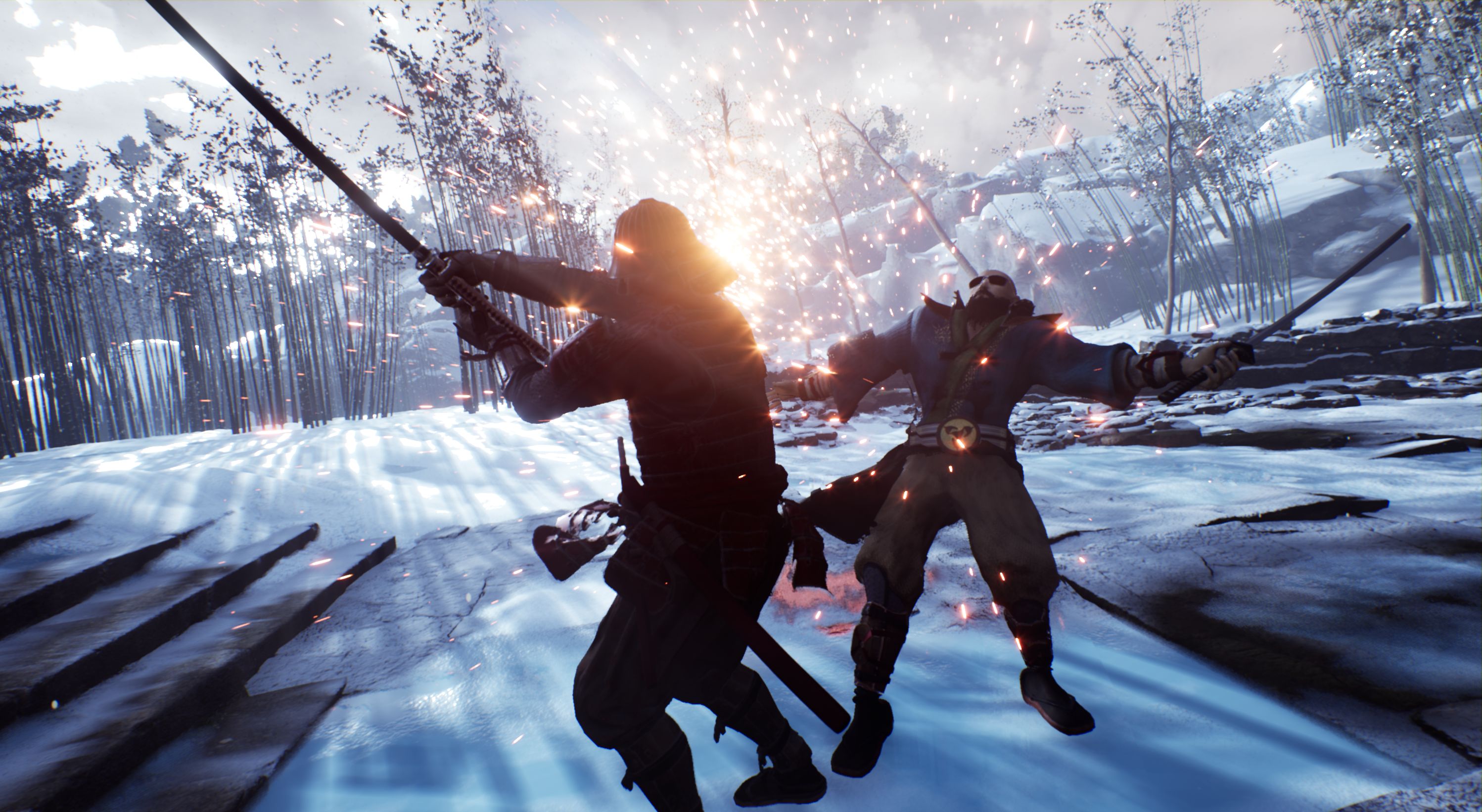 Imagine that you are a warrior at the battlefield just about to cross your sword with your enemy. And you have only five seconds. The enemy is waiting for you at the end of the aisle. There is no way to escape. He is just 20 m. away. You have 5 seconds to do something about it. You have only your sword. What are you going to do? With Die By The Blade, we want to deliver exactly that kind of super-intensive experience. 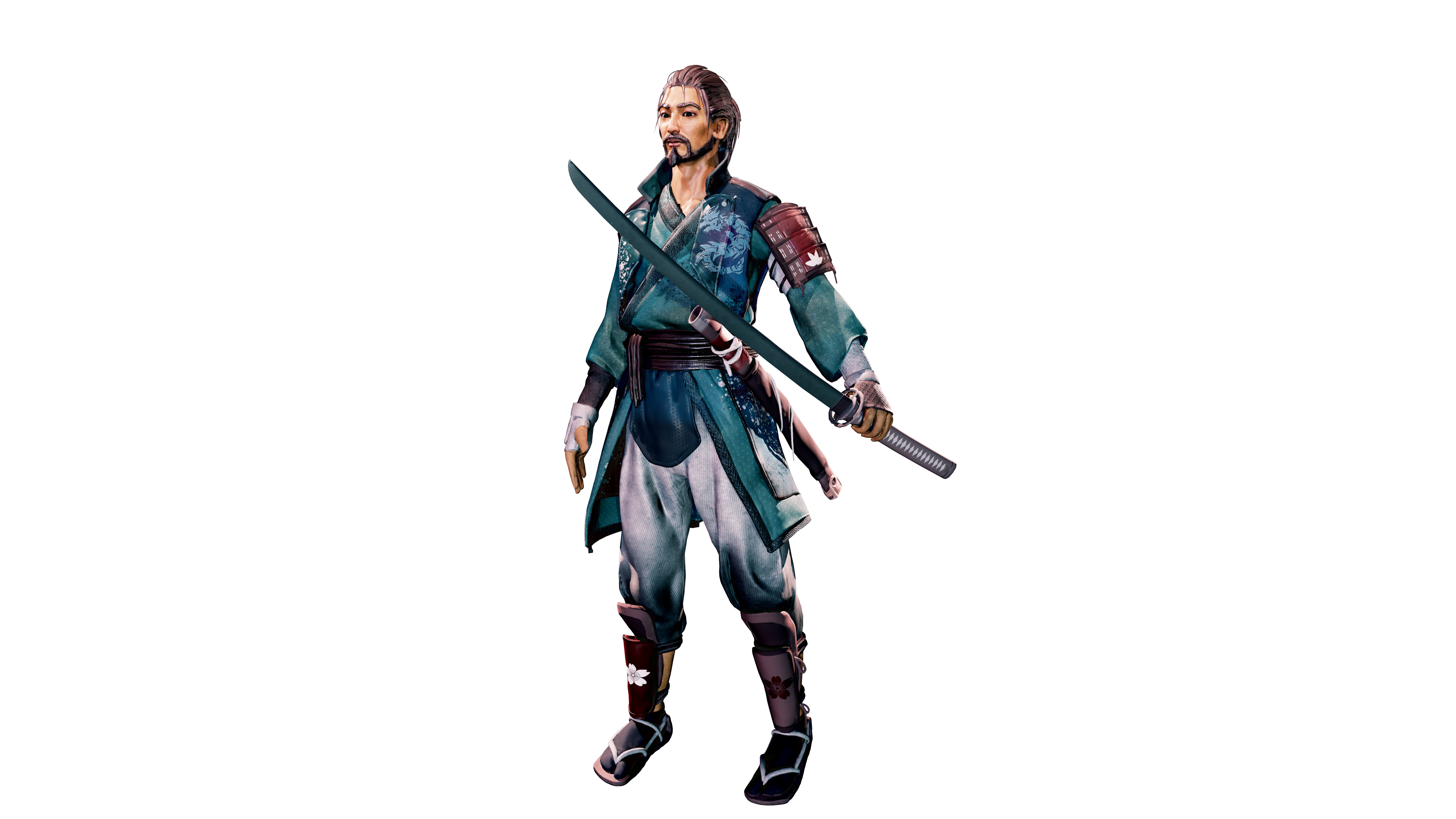 We are currently having 5 different katanas to choose from, each defines a player’s movements. Just like in reality, heavier weapon affects the way you move or how fast you can attack. We are continuously adding more weapons such as naginata, wakizashi and others. We have to of course balance it out so that player with two weapons will not have an advantage over the player with a single sword. We can add completely new weapons, but what stops us from doing so is the amount of animation work. 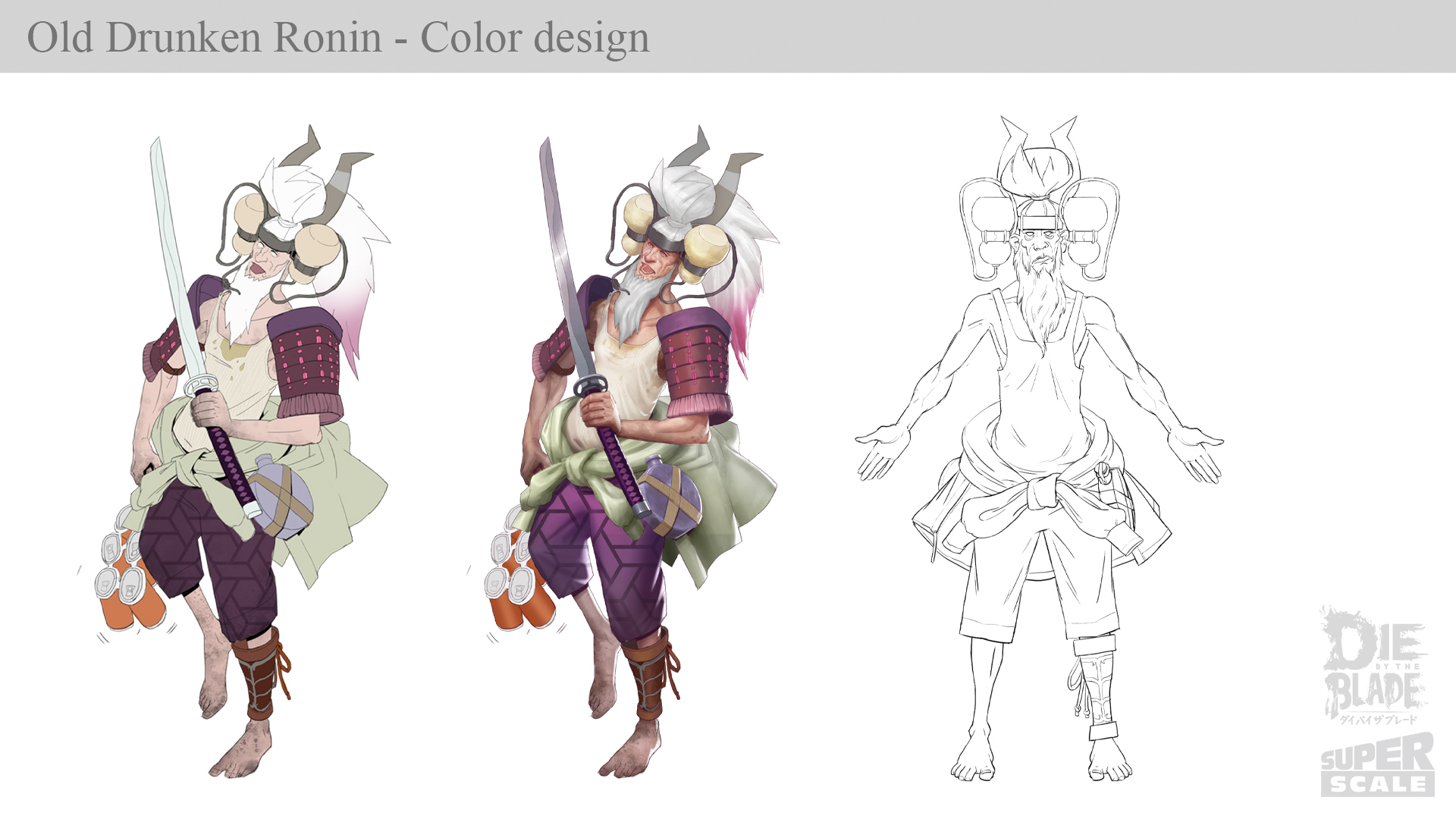 Each new weapon means 600 different animations. We can reduce that number by reusing them or modifying them, but it is still a lot of animations that you need to record with motion capture and to clean it up in a computer. Therefore it is a lot of work behind ‘’just’’ adding another class of weapon. It is actually much easier to build a character than to build a new class of weapons used in the game. However, we are working hard to do both and will record more fighting styles with motion capture soon. We are excited about what’s going to come and will share the process with you!

Stay tuned, we are working on a video blog which will bring you even closer to the actual development of Die By The Blade and will allow you to look behind the scenes in our lovely little studio in Slovakia!

Join our community on discord: Discord.gg