Phigames are attempting to turn Metroidvania style gameplay on its head with their recently announced game Recompile. The game is planning to deliver multiple critical paths and dynamic narrative systems, elements not typically seen in this genre.
Phi Dinh
Blogger
March 14, 2019

A sprawling atmospheric hacking sci-fi adventure, players of Recompile will witness the birth of sapient AI in the virtual world of The Mainframe.

We recently announced the game in collaboration with our publisher Dear Villagers. In this post I will explore how we are experimenting with Metroidvania gameplay by adding multiple critical paths and dynamic narrative systems, elements not typically seen in this genre.

Recompile, at its heart, is a traditional Metroidvania in every sense of the word. Progression through the complex interconnected environment is gated via abilities, slowly revealing the map as the player explores the world. Recompile's traversal abilities include many common mechanics seen in other games, such as wall/air jumping, dashing, jetpacks etc... A feeling of mastery is developed as they become more powerful with each unlock, until they are able to effortlessly glide through the levels in a state of flow as they progress towards the game's conclusion. Backtracking is a key element of exploration in reinforcing this feeling.

Metroidvanias by design, provide the feeling of a fully explorable open world but this is just an illusion as the path the player takes in order to gain new abilities is in general very linear. This is called the Critical Path. Recompile is no exception, there is a very specific order in which abilities are gained, which in turn also unlocks new explorable areas in a linear fashion.

Unlike other Metroidvanias however, Recompile offers more than one critical path. Each of these critical paths is based on a specific playstyle, each with their own optional abilities.

So, in addition to the core traversal playstyle (jumping, dashing etc...) we also have Combat, Puzzle and Hacking.

A variety of guns are available, as well as being able to deal damage using traversal abilities such as dashing and crash landing. There are many inhabitants in the Mainframe that will try to delete the player - destroying them is one way to overcome these obstacles.

The entire world is powered by extensive and intricate logic gate circuitry. All environmental mechanics (doors, traps, enemy spawning etc...) are fully systemic, creating a lot of potential for ingenious puzzle based obstacles.

Recompile's take on "stealth" mechanics, allowing the player to hack logic gates in order to change the systemic behaviour of the environment. Enemies can also be hacked to turn against each other. These hacking mechanics form what we sometimes call the "pacifist" playstyle. 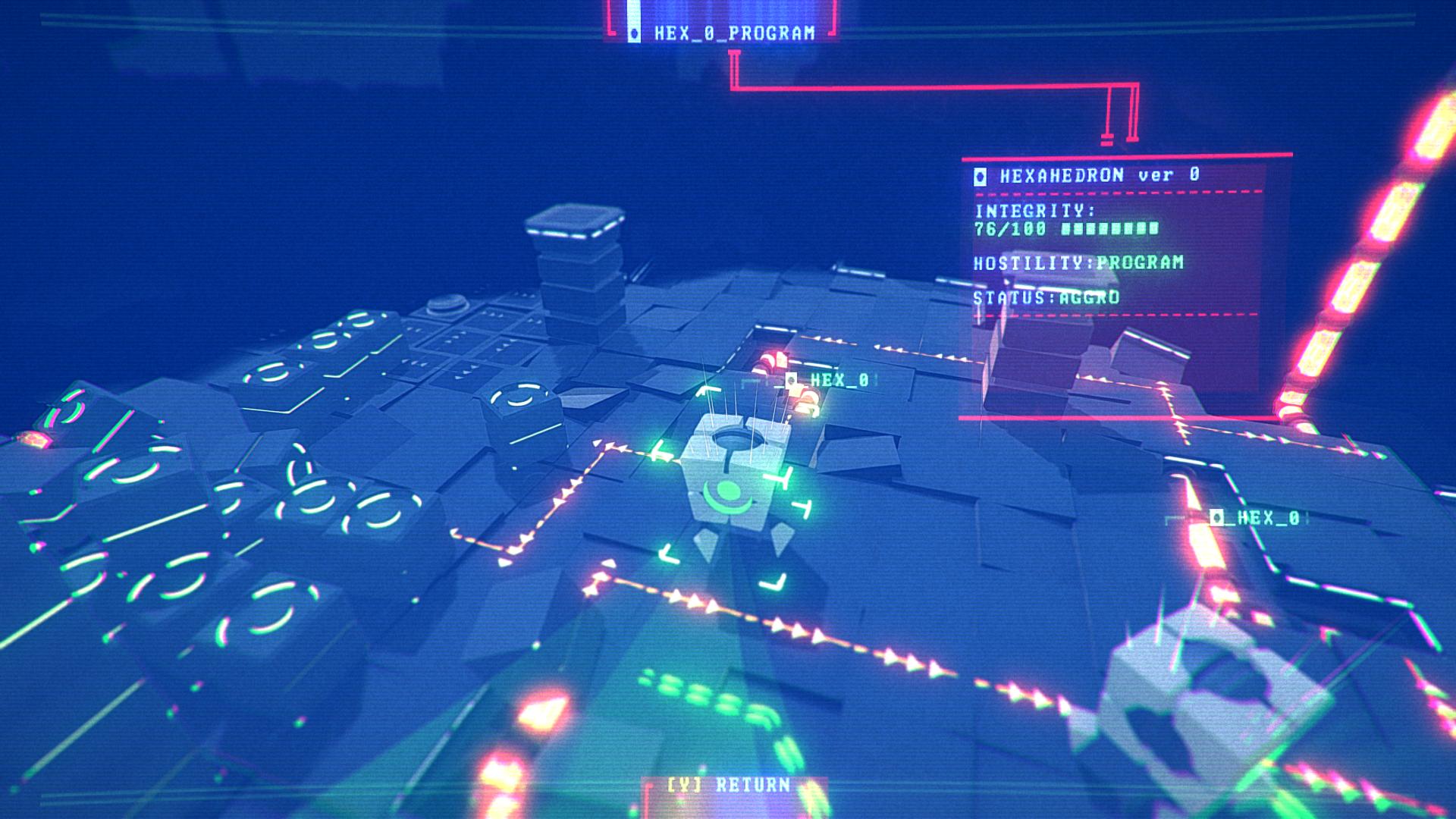 If you think about how the environment in Metroidvania games is gated by ability unlocks, you can imagine how each of the playstyles above will guide the player through a totally different critical path. For example, the player might arrive at a branching path. The left corridor requires the player to hack a door to proceed, whereas the right corridor involves clearing a room full of enemies. Each branch requires a different playstyle, and ultimately leads the player along a different path through the map entirely.

Some branches will allow the player to backtrack to try new styles, whereas others may close the path behind them in order to force the player to commit to a particular style. 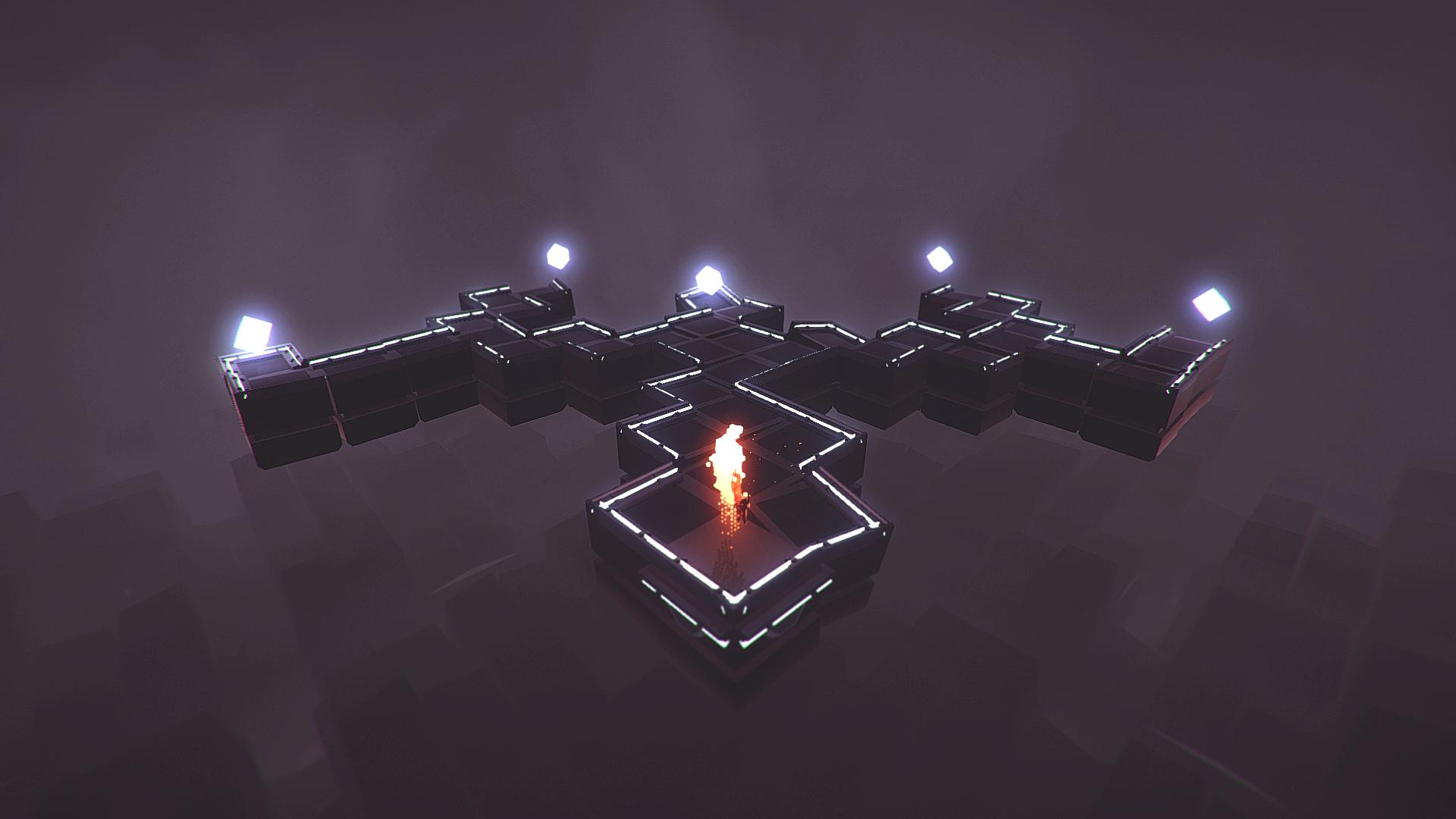 What we are doing is essentially creating 4 separate Metroidvania games, each with its own critical path, and all based on the same map. Sometimes these paths overlap/intersect, allowing the player to experiment with different playstyles at various points in the game.

Of course, there is nothing to stop the player from trying out all the various playstyles at once. Indeed, there will be a specific ending that requires balanced play from all styles, and naturally that is the most difficult route as it will require the player to explore the entire map in one playthrough.

Multiple critical paths have an interesting side effect, they are naturally very suitable for creating branching storylines. Since each playstyle has its own critical path, containing a unique set of rooms, it is very easy to achieve completely distinct environmental storytelling, cutscenes and other narrative elements. This also means we are able to provide a number of different endings, depending on which path the player takes. 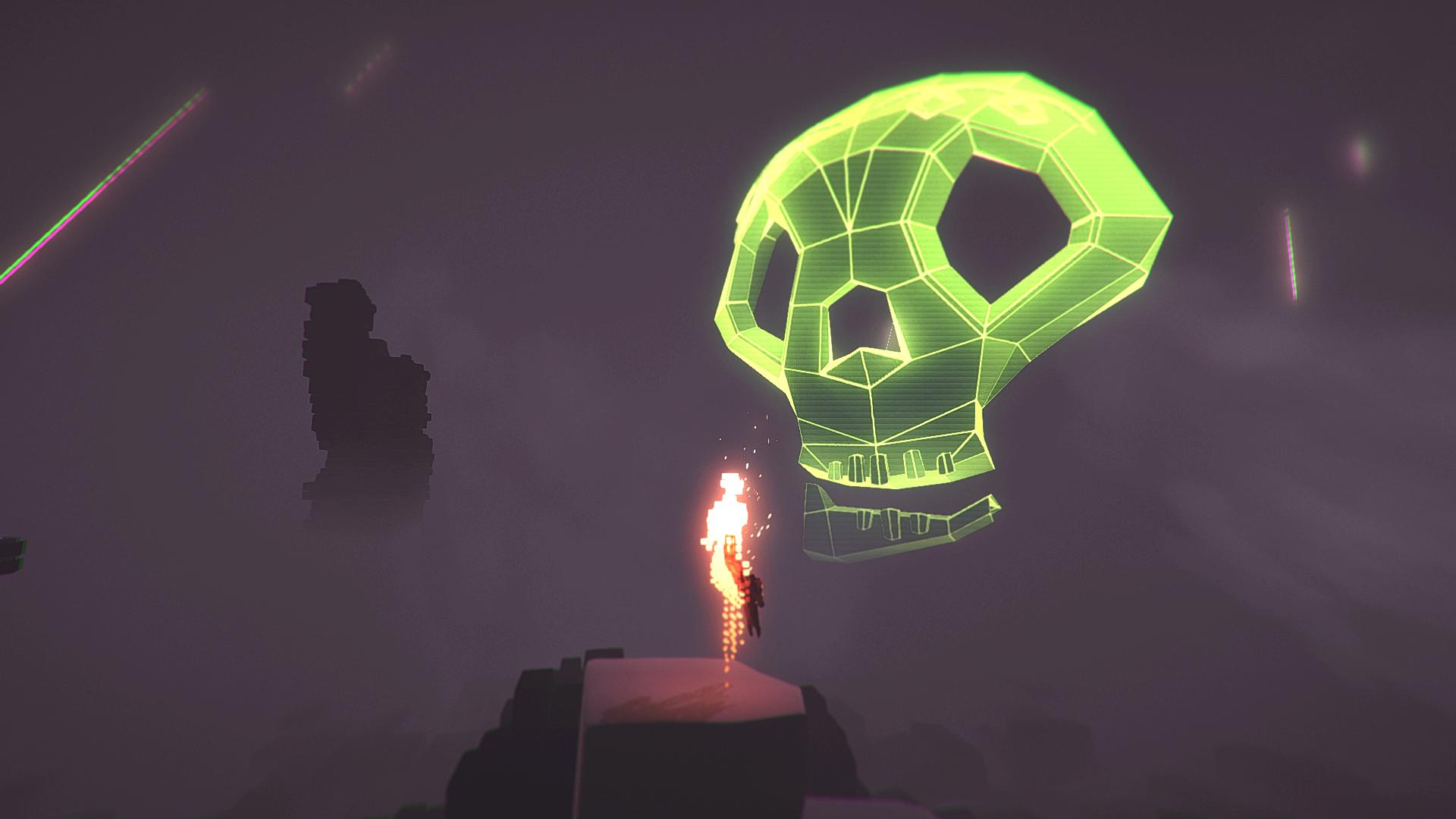 Recompile is a game about the birth of sapient AI. What kind of AI is created, and how its personality affects the ending, depends on the actions of the player. This ultimately determines the fate of the world as the purpose of the mysterious Mainframe and its computer system is eventually revealed.

The game is scheduled for release sometime in 2020, so we've got a long way to go before this vision is complete. Creating a game with this kind of complex branching is certainly ambitious, and Phigames is only comprised of a small team.

Due to this it is likely that the finished game will be shorter than other mainstream Metroidvanias, but we hope that the dynamic narrative will significantly add to its replayability, and that the experience will be richer overall. "Choose your own adventure" narrative based games are a big trend right now, and we hope that combining these mechanics together will provide a unique and worthwhile experience that resonates with players on multiple levels. 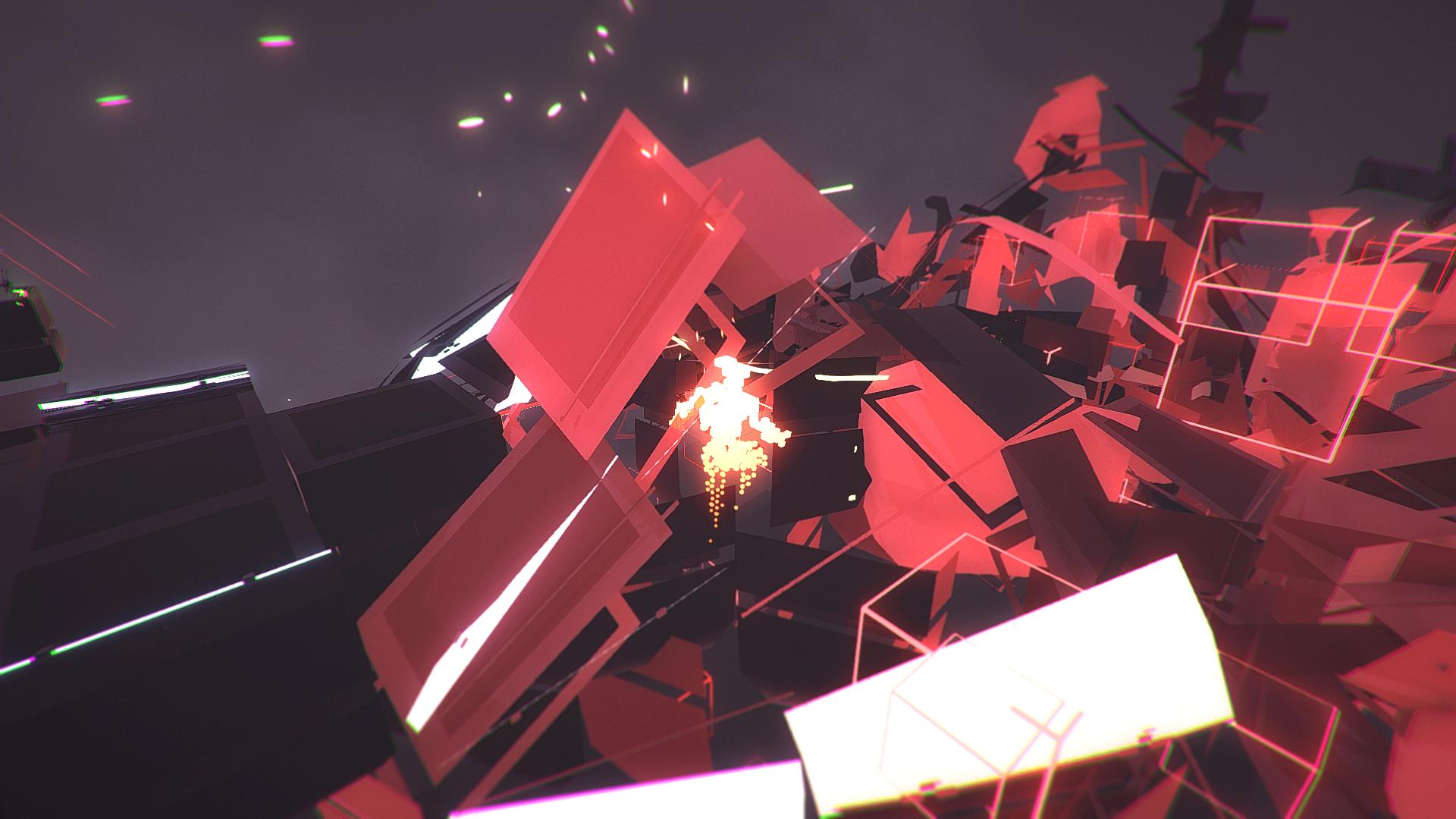 The game is currently available to wishlist on Steam:

It is being developed by Phigames in collaboration with publisher Dear Villagers.