How to design and animate a Graphic Adventure Game main character in less than a day.
Matias Kindermann
Blogger
September 04, 2019

We only had time to implement one character in Nobody's Home, so we made it count! 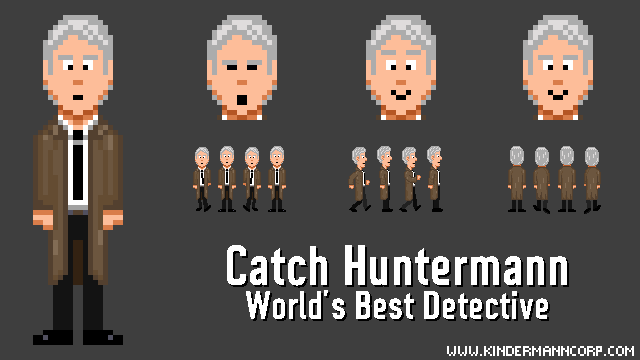 Enter Catch Huntermann, World's Best Detective. This guy is a complete goofball and he's constantly making dad jokes, so he had to be an older type. And since I always loved Leslie Nielsen and how he delivered the most ridiculous lines with a straight face, I loosely based Catch on him.

But most people say he looks like Bill Clinton... 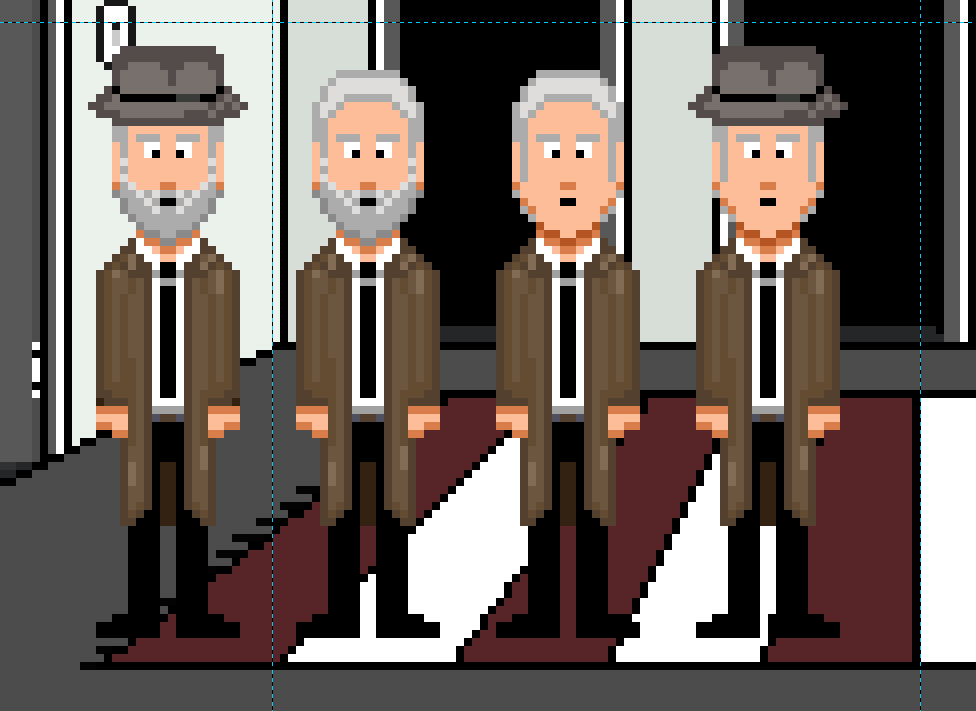 So I made a few drafts of how Catch would look like. I was really into the second one (no hat, with beard), but Diego said he looked like a dirty hobo... And he was right.

We both wanted him to sport a hat, hats are cool, and detectives need hats. And we also thought of a nice scene where he got really scared and the hat flew back. It was going to be a hoot! But the reality of the situation was that I only had half a day to complete his design and to animate him. The first hat I drew wasn't really cool looking, so we quickly decided to forget about it and go hatless... 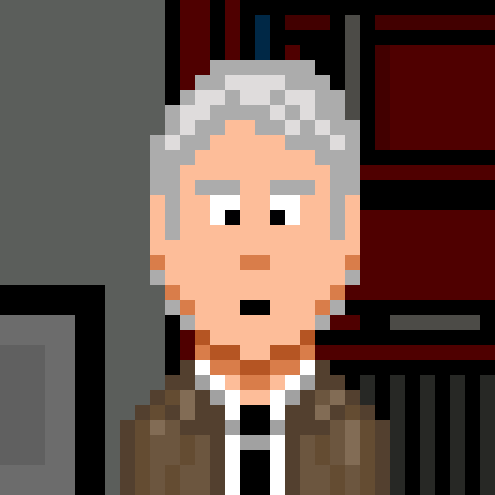 This ended up being the final design, I tweaked his hair a bit and made his head smaller, but it's very close to the first draft.

Then I had to animate this little guy! I thought "Well, Zak McKracken and Maniac Mansion probably only had 2 or 3 animation frames for each walk cycle (left, front and back), so that's less than 10 frames. Easy peasy!" I was so wrong! I screencapped Zak to check what was the animation like. It had 4 frames for up and down each, and 8, EIGHT frames for left/right! I couldn't believe it!

The time limit I set up for this animation was almost out, I definitely didn't have time to animate 16 frames, so I decided to separate the filler from the keyframes, and hope my animation theory was correct.

I ended up making 2 frames for up, 2 for down and only 2 keyframes for left/right and 2 in-between frames to ease them into the left/right idle pose. So only 8 frames in total! 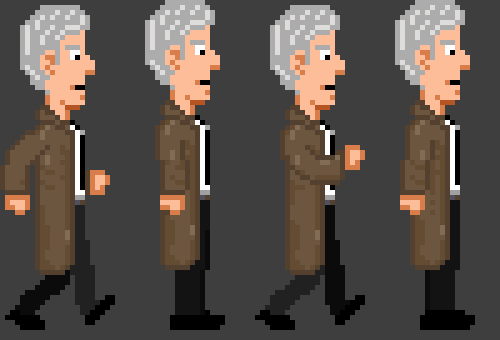 I'm normally not one to pat myself in the back, but I think that it ended up looking pretty damn good for only 2 hours of animation time!

If I had no time constraints at all, I'd normally take around 4 or 5 days to design and animate a main character. But that's what's cool/scary about being in a jam. You can't overthink stuff. You have to go with your gut and just work, work, work!

Let us know what you think in the comments! Thank you for playing and reading!