Cultural Concepts as Principles of Design

What makes Breath of the Wild uniquely Japanese? This article examines how cultural concepts can be used to guide game design.
Justin Reeve
Blogger
November 07, 2018

There’s a certain something to Breath of the Wild which leaves it feeling distinctly Japanese. You may not have heard it used before, but there’s actually a term for this — mono no aware.

The concept of mono no aware is often seen as being at the heart of Japanese culture. The term is famously tough to translate, but it refers to a sort of sensitivity for the fleeting nature of things. You might even call it a kind of empathy for ephemera. (The term literally means “awareness of things,” but scholars almost always leave it untranslated). With its focus on transformation and change, the classic example of mono no aware is Matsuo Basho’s poetry. The subjects of this include summer grass, a decaying door, and a frog plopping into a pond. In other words, passing moments of immense beauty.

The development studio behind Breath of the Wild, Nintendo, made sure that every aspect of the game was imbued with a strong sense of mono no aware. You can see this quite clearly in its mechanics, aesthetics, and story. 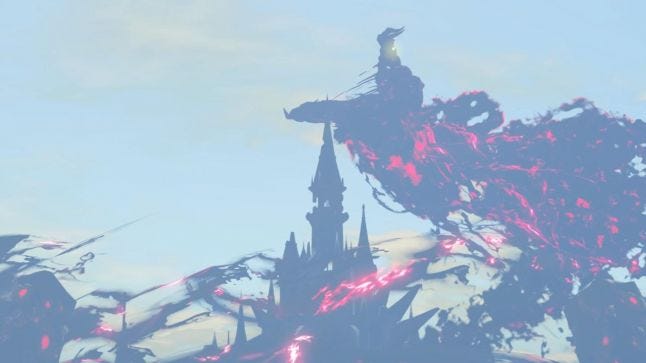 There's a certain sadness under the game's surface

The concept of mono no aware is eloquently expressed in the game’s gear system. There are lots of other mechanics which reflect its preoccupation with mono no aware, but the gear system is probably the most remarkable. Whack away with a sword for long enough and you’ll pick up on something strange: weapons break after a certain amount of use. (The exception which proves the rule is of course the Master Sword). There’s no way to repair your weapons, though. You just have to hunt around for more when they break. Since you’re constantly forced to replenish your inventory with new stock, you develop a special kind of relationship to your weapons. You begin to see them as close companions, but also as partners in a fleeting friendship. In other words, the game’s gear system compels you to contemplate the beauty of a brief existence. Your favorite weapon won’t last forever. 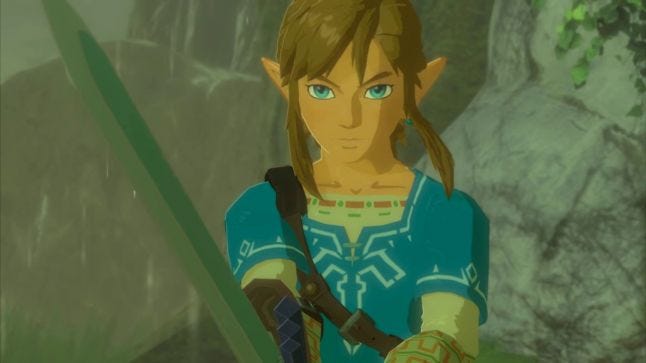 Most weapons in the game will shatter on you

Similar to its mechanics, the aesthetics in Breath of the Wild are deeply imbued with a strong sense of mono no aware. Several aspects of its art style reflect this, but the clearest example can be seen in the game’s color palette. With its faded reds, pale greens, and washed-out blues, the world in Breath of the Wild, Hyrule, practically seems like it was painted in that most fleeting and fickle of media — watercolor. Take a walk through Central Hyrule and you’ll see what I mean. The game’s gorgeous grass looks almost completely transparent. Akkala’s trees, Hebra’s mountains, and Lanayru’s beaches are much the same. Watercolor actually consists of pigments held in liquid suspension, so it runs and clouds in often unpredictable ways before the liquid evaporates and the pigments harden onto the painting surface. Various kinds of impermanence are in other words inherent to the medium. The game’s color palette evocatively references this. 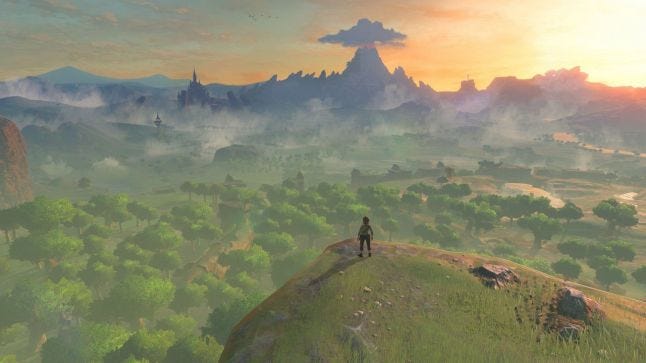 The story in Breath of the Wild is indelibly colored by the concept of mono no aware. Involving a world in ruin, the game’s premise implies that life in Hyrule used to be different. This idea can definitely be discerned from the crumbling castles and vacant villages which clutter the countryside, but it gets most clearly communicated through cutscenes. Lost after a century of stasis, you spend most of the game trying to recover the player character’s memory. This takes the form of a search for the places featured in a series of pictures. Whenever you discover one of these locations, you’re shown a cutscene which highlights how much Hyrule has changed since the player character, Link, was placed in stasis. Hyrule’s crumbling castles and vacant villages were apparently bustling with life during his earlier existence. In other words, the story in Breath of the Wild is an exploration of the vagaries of time. 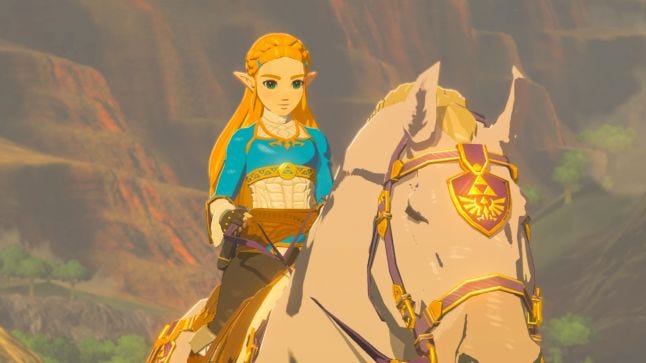 The story is about recovering lost memories

Nintendo clearly intended for every aspect of the game to be imbued with a strong sense of mono no aware. The mechanics, aesthetics, and story are deeply informed by it. With its nostalgic narrative, watercolor countryside, and breakable weapons, Breath of the Wild features the concept of mono no aware as a kind of leitmotif. There definitely are others which explore this characteristic aspect of Japanese culture, but hardly a single video game engages with it more profoundly than Breath of the Wild. As a pretty pure expression of the concept, few manage to be quite as true to their cultural form as this one. Hopefully one day we’ll see more like it.

This article was reproduced from "Breath of the Wild's Sentimental Side," posted to SlowRun on October 26, 2018.