"Does every game developer wish to create a certain game?" I wasn't sure at first to be honest. I had the feeling I was the only developer that didn't have a specific dream game in mind.
Koen Deetman
Blogger
August 06, 2013

Sometimes people ask me what kind of game I would like to create most. So I ask myself "Does every game developer wish to create a certain game?" I wasn't  sure at first to be honest. I had the feeling I was the only developer that didn't have a specific dream game in mind. I like to develop any kind of game and I will always strive for high quality and success whatever the type or genre. After a while a special feeling of excitement was building up about a certain type of game. I realized quickly that this would be my 'dream game'. So what kind of game do I want to create most? Well, I would like to create the most horrific, scariest, twisted horror game ever made! In this article I will describe a few games that did a serious attempt in scaring me and explain how they did that. 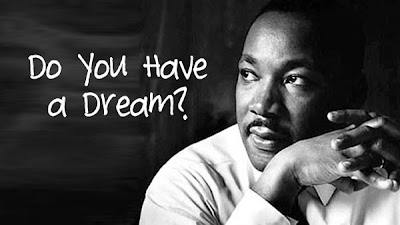 I remember buying this game at my 17th. I grew up with Doom and Quake, that is why Doom 3 was a must have. When I started playing, the game felt much darker than the original. I quickly understood that this game was not only a shooter, it could seriously scare you. If I would start playing now, I would say it has all the 'cliches' there are in a horror game, but this game was the first that brought a next generation feel to the emergent horror gameplay. I was used to seeing an enemy and react by shooting him. In Doom 3 I experienced sounds I never heard, and seen introductions of monsters that build up tension. The game was looking great for the period of time. The huge layer of realistic visuals also helped me experience a deep journey through these environments. In this game, the simple tension building scare moments gave me the creeps. After playing for nearly one hour I had to take a half hour break at least. 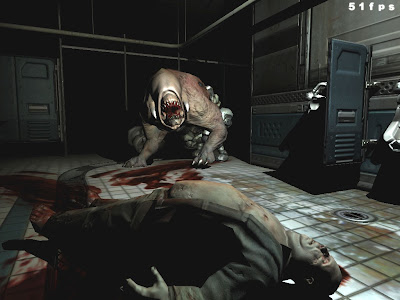 After a really long time, I tracked down a new upcomming game called 'Dead Space'. When I seen some interviews and in depth development videos I became really interested in this game. Especially because they promised to scare the player in a way gamers are not familiar with. The past years I was not even tempted being scared in games anymore, at least not since Doom 3. So with promises like that, they got my attention and I had to try this. I bought the game and started playing. I remember I already lay down my controller after nearly half an hour to catch some breath. This was something different. At this point in time games where much more story driven. Games already created environments that could tell stories on it's own. I was already used to the next generation look of these games, so I ask myself 'what helped me to get this feeling of being scared?' It started out by being all alone. It's just you and the main character 'Isaac'. You lose your team in the first minutes of the game, and you have to find your way to safety, alone. Another thing they did really well was changing the 'scare pattern'. Plain simple scare moments would not work for me anymore. I always see those moments coming from miles ahead (I think many hardcore gamers became sober like that). Dead Space changed this pattern by not scaring you right away, but just a few seconds later. It's like a drumbeat that goes 'out of beat'. Your expectations are wrong and your guard is down. Then they penetrate inside, and hit you with a terrifying moment. Sometimes they scared you twice, and by doing that, they are messing with your 'recover' state. As a player you are really vulnerable after a scare moment, so that's where they will get you. Dead Space proved to have reached a new level in the horror genre, and I was very happy. 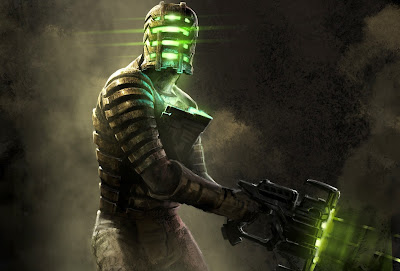 And then? What happens next? Are there still ways to scare gamers outside their expectations? Yes if you take a look at "Amnesia". When magazines, people and critics told me this game is one of the scariest games they have ever played, I was first in line to try it, and could judge for myself. At first, the game looks really generic. They used a really 'cliche' environment (a castle dungeon or some kind). Moments later, I started to understand what was going on here. The character in the game was scared shitless, and when he became really scared, especially when it was dark, his sight and mind became cloudy and his breathing became heavier. I have to say, this already got my tension raising, but what really scared me was the fact that you can't defend yourself in the game. In Dead Space you could beam off a five foot wide laser cutter, clearing everything in it's path, but nothing like that in here. RUN for your LIFE is the only solution to think of here. You would argue it couldn't get worse, but that was just a glimpse of what was coming. I remember the moment I entered a flooded room. It was gritty and dark, and when taking a few steps, I realized I was not alone and heard someone else walking in the water. It was running straight at me at a fast pace.  I quickly jumped on a box and these fast footsteps slowed down. The scary thing here is. I could not see my enemy, I could only hear him walk. Because you can't defend yourself, you have to find a way around him. This seriously got me on the tip of my chair. In other games you would find peace in the tools and the way you can defend yourself. Amnesia tries to bring out a feeling of fear in gamers they can't solve easily by shooting someone's head off. It's a different pressure and I found this original and refreshing in the horror genre. 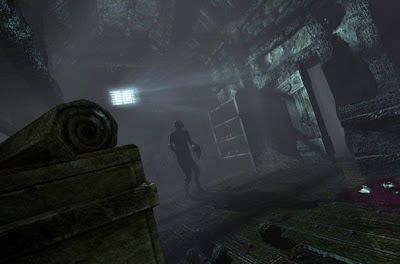 I first heard of this game by reading a comment written under a youtube video. The comment stated that this game could be the scariest game he or she had ever played. It's what they always say right? The game was called 'Slender' and was developed by just one guy. The game was also free to play. I remember me saying 'I doubt this game to be scary whatsoever'. But I was wrong. There is a serious layer of scaryness in this game. It has everything to do with the 'simpleness' of how this game is designed. You got a flashlight, you walk in a forest and have to find 8 pieces of paper. A simple task, but a really hard job to execute. The Slender man is a myth. According to wikipedia "The Slender Man is commonly said to stalk, abduct, or traumatize people, particularly children". Well, sounds like a great guy to hang out with, not? When playing the game, nothing really happens. But when 'The Slender Man' is close, your screen starts to produce some distortion. There is no music in this game, and that makes it all the more scary. It's not the visuals that make everything scary, they help doing that, but that is something we are familiar with. It's the feeling of constant fear something could happen. If you encounter the Slender man, or see him standing in the forest, you are greatly scared. This pattern of closing in only gets worse the more pieces of paper you will find. I think it's great a developer today is able to scare us with a simple set of tools and rules like Slender. It shows us we did not reach the bottom in the horror game genre yet. 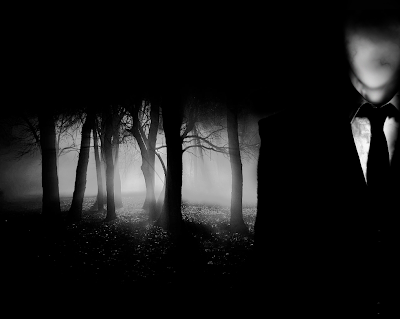 I do know what my competitors are. Claiming to be the 'scariest' is a really large and ambitious goal. If I want people to compare my game to these strong competitors I have to set a high goal. I think I am capable of creating something horrific and terrifying in a way no one has ever experienced in a game. I will start more research and finally create a final concept. It would be great if we as developers of this game, would be scared shitless when playing or testing it. We need to create a 'Frankenstein' and do not know what it is capable of anymore.

So I have a  question for you; What is the scariest moment you have ever encountered in a video game or movie?