Constructive Retreat: Learning When to Quit

We learn early on that you must finish your game no matter what. Is there really no situation in which you should abort development?
Vasileios Karavasilis
Blogger
October 12, 2015

[As posted on The Way of the Indie Game Developer]

Failure is an Illusion

It is nice sometimes to think back on past experiences and understand what went wrong. We've all done it at one point or another. Maybe we did something stupid and ruined a relationship or were too busy dealing with trivial stuff and lost some major opportunity.

As human beings we tend to perceive situations that did not go our way as failures. We believe that if you did not succeed you failed. We do not see all those grey areas in between. Society in general is kind of binary. Pass a class, fail a class. Get a job, fail the interview. Make a living selling your games, fail as a developer. Even popular media seem to believe in the absolutes of success and failure. If I could point a finger it would be towards a little green guy we all know and love. 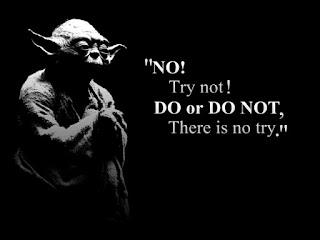 Even though at first I believed Master Yoda meant something totally different, now I can only wonder. It is no secret that the Jedi are a society that deals in absolutes. They may tell us otherwise but come on! Dark side and Light side? So what is Yoda really talking about?  Is he teaching perseverance or that failing is not an option?

Well I have good news for you. Failing IS an option! Not only that, failure is a necessity. We must learn to embrace what we believe is failure as an experience that taught us how not to fail again. You will and should fail before you reach the heights you envision. You must fail a lot and, as the guys over at Extra Credits so elegantly put, you should also try and fail faster!

Let me ask you a question... What is the difference between failing and quitting? If we keep our close-minded approach on failure then there is no difference at all. In reality the difference is huge.

Failing means you tried and despite your best efforts you did not accomplish your goal. On the other hand quitting is a conscious choice. It is you understanding that the path you are currently on is a dead end and you decide to abort ship in order to prevent a failure. I like to think of quitting as a strategic retreat in order to gather forces, regroup and storm the castle once again.

What this article is going to be about, is me trying to convince you to quit.

When Quitting is Constructive

But what do I mean when I'm talking about failure? Did I not dismiss the concept all together? What exactly are we trying to avoid here? For me there is only one true form of failure in game development. Bad sales and not breaking even may sound bad but they do have a lot to teach you. The real bane of an indie game developer is never completing a game. 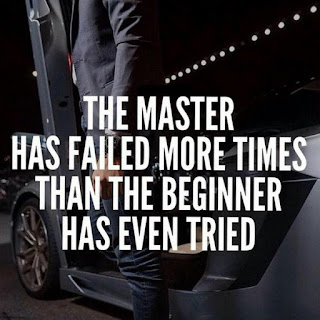 While all failures can be educational never completing a game is not. The hardest part of making a game lies mostly on the later stages of development as well as those that come after release. If you never reach those stages you will miss out on a huge amount of knowledge that could propel you forward. That is why I am going to talk about how to identify failure early on and quit before things get out of hand.

This is going to be a small list of signs that you are probably not going to finish your game. If you find most of those signs apply to your case you should quit the project you are currently working on and start from scratch.

The Signs of a Never-Ending Development

Long downtimes: Do you know what makes a game great? Love! Yes the secret ingredient is love! Believing in your project can make all the difference in the world. If you develop half-heartedly you will probably never finish the game. The best way to find out if your team likes what you are making is simple. How much do you work? Do you work for a day or two and then take a break from work for about a month? People tend to work less on projects they dislike. Of course long downtimes may be caused by other factors as well so make sure to try and read the room before doing something drastic.

Low commitment: The majority of new indie game developers are part timers. It makes sense to start something so complex and time consuming as making a game part time. No-one was born a game developer and unless you planned your whole life around becoming one you probably had other responsibilities when you decided to start. So you said to yourself: "I'll work a couple hours a week to see if I like it". And you do. And you start liking it. You keep working a couple hours a week and one day decide you should release a commercial game. All this is fine by me. I even think it is a good way to start. Game development is not for everyone so you should first give it a try before going at it seriously. The problem here is that getting into game development this way creates a distorted mentality. Many indies start this way and when they realize they like game development enough to release a game simply don't change their working schedule. Let's not fool ourselves; game development is really time consuming.  If you lack commitment and always see it as less of a priority you will never reach the mentality you need to complete a game. Ask yourself that: are you willing to work a few hours a day on your game? If the answer is no, I am sorry but you will not be able to get past polishing, or contacting the press, or marketing, or social media management, or finding funds, or attending conventions, or...any other time-consuming part of becoming an indie game developer. If you are not willing to commit fully you will probably have to come in terms with the fact that you may never finish your game. My advice is keep making games as a hobby and focus on your other responsibilities. When those are dealt with come back and show us what you can really do! 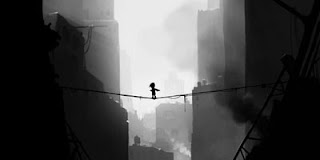 Long time in development: When I say time I do not mean work-hours. I am talking about the total number of days that the game is in development. The way you feel about a project changes over time. Someday a few months into development you will realize your game is not that fun after all. It will feel boring and outdated. Working on something for a long time will exhaust you. This is normal and you should not quit at that point. When you should quit is when you are a really long time into development. I am talking years for a project that was supposed to be finished in a couple of months. You are stuck in game development limbo. Here quitting takes a rather different form. You should not abandon the game completely. Just make sure to change the design as much as it is needed to ship after a few more months. If that is completely impossible evaluate your work. If you think it is worth working a few more years on it, do. If not start from scratch. You should not feel bad for abandoning something you worked so hard on. Every line of code you wrote, every sketch you drew, every tune you composed will still be there. Use them in your next attempt. Add the experience you gained in the mix you are almost guaranteed a success next time.

A bad game concept: We have all had bad ideas at some point. Many of us even went as far as to start implementing one of those ideas. Then some day into development we realized our game concept sucks. If this happens to you I suggest you quit. You may think it might be worth another shot or that you have done so much work already. The moment you realize you are making a bad game it is over. In no case am I suggesting that a game you think is bad would be a game your audience would perceive as bad. If you are close to the end of development I strongly suggest you release. If you are nowhere near the end of development your negative perception of your concept will influence both your team and the final product. Sooner or later you will stop making it. Better make this decision sooner rather than later.

I have experienced all of these cases and I can tell you first hand that just because I was able to quit when it was still relatively early I can now work on a project I am fully committed on without any doubts. I now feel my team and I are taking sure steps towards a clear goal that has a chance of reaching the end line. Do not think I am not grateful for all those earlier projects either. I can see the experience we gathered while working on them. Things that once felt impossible to us are now trivial. We've grown and it is all thanks to those games. Apparently behind every successful game developer lies a giant pile of discarded games.

I believe there probably are more signs you should quit on a game. If any of you encountered one of those signs make sure to share it in the comments bellow. Thank you for reading and until next time stay focused!