First, a little introduction: our game is a top-down 2D action adventure game, with a focus in storytelling. During the game you will meet non-playable characters, who you can talk with, and they'll give you little bread crumbs of information. They will also act as gatekeepers between you and the important story items, which are required to complete the main quest in the game.

This post tells you about the process of creating these NPCs, and how we approached it. Our game has been in development for over two years, and we're launching at Steam on December 27th, 2016.

All the colored illustrations in the game are done by me. I take the drawing to Photoshop, and create a new picture based on its design. I don't do a direct line drawings, but I do want the art to closely represent the sketch art. 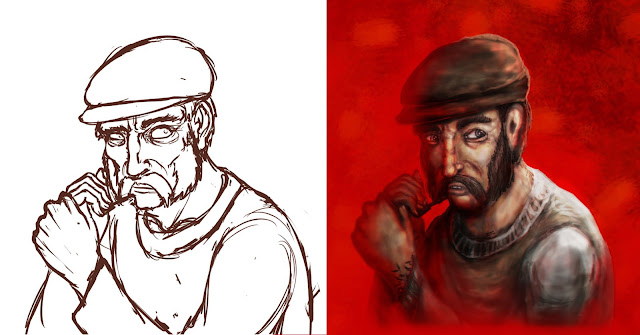 Sketch art by Vesa-Pekka on the left, and my illustration on the right.

After the 2D illustration is finished, I take the picture and create the in-game model based on its look. I use the excellent MakeHuman software in the creation of human characters, as modeling them all by hand would take way too much time and effort.

After all, our core team consists of four developers, and all the other guys in the team have other day jobs aside from the game development. I'm the only one working on the game full-time, so that brings an extra challenge to the mix. 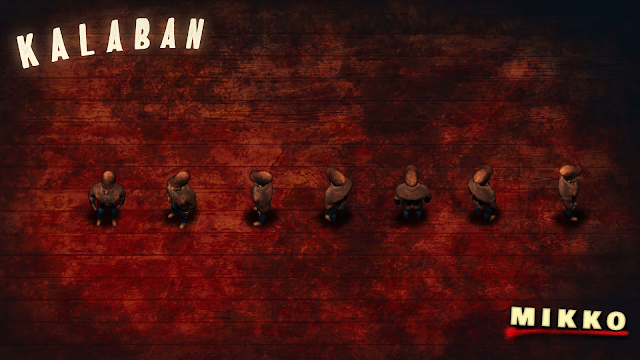 Prerendered sprites of the model, with correct lighting and shadows. 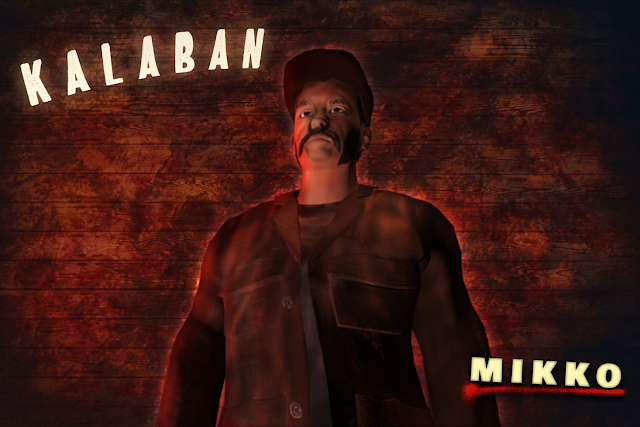 Close-up of the prerendered model.

All the textures on the models are original paintings, so that they follow the hand-drawn art style. When viewed separately, they are quite simplistic. I've figured, that you don't need a huge amount of detail, when the finished model is going to be a 128 pixel wide sprite on the screen.

When the 3D model has been finished and animated, I render the animations to separate images. Then I take the images to Photoshop, add shadows, shading and color correction to them. After that I export the sequence to the game-ready sprites. Those sprites then become active objects inside the game, which you can interact with. 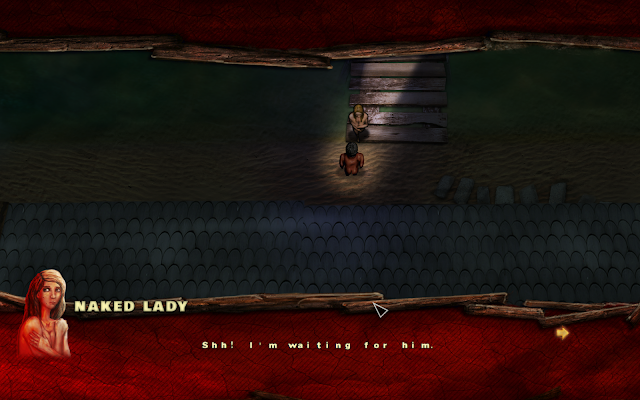 One of the character sprites in real-time.

The "junkyard brothers" in a dialogue segment.

The length of the process varies a lot. The illustrations and textures take about a day to finish, and sometimes I can get a whole character done during one workday. With all the animations, tweaks, etc. it might take two days. If there are some necessary corrections, the process might take up to 2-4 days total. And that's just the visual side.

Then adding the gameplay element takes a lot more time. That really varies, and is usually a process of weeks or months, and is done in tandem with other development. The writing process behind the NPCs also varies a lot. Some characters were written in a day, others were a result of several months of planning. When you finally see it in the game and interacting with other elements, you can get into the fine tweaking. 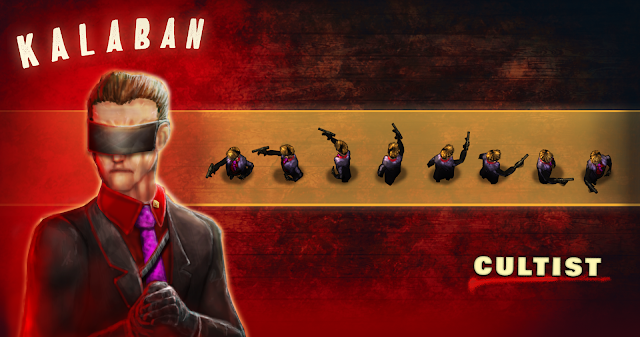 Cultist henchmen sprites. One of the few hand-crafted human models in the game. 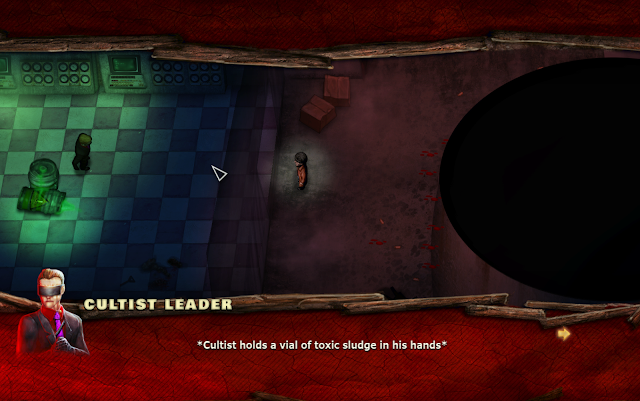 NPC encounter at the purification plant.

The more you have elements interacting with each others, the more complex it gets. When you only have a couple of enemies running around with one NPC, things are fairly simple. But when you have a wide cast of characters with their own quests, side objectives and behaviors, it's much harder to keep track of.

But that's the whole beauty of developing an open-ended game. The fact that you get to change the character's fate is an exciting feature. And once you've tasted that player-driven narrative, you can't go back to simple arcade games.

If you'd like to know more about our game, then head over to: