Challenges I faced to achieve 60FPS on a Nintendo Switch port 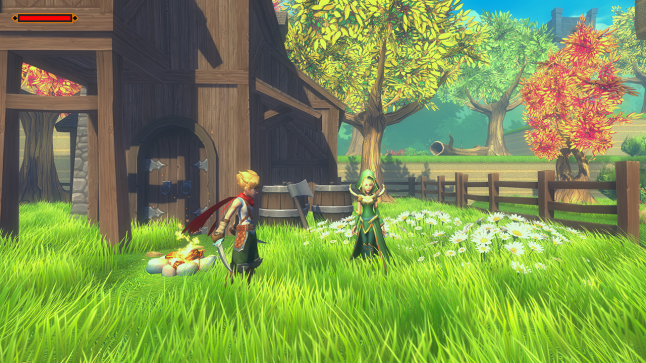 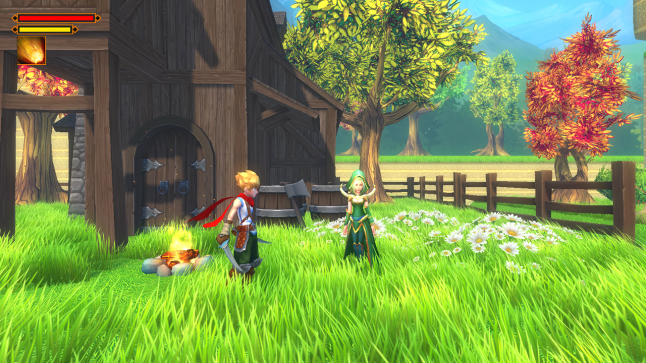 Switch - 900p Docked
This type of modification really helped to maintain a relatively consistent look with the other versions of the game. Sacrificing Post Processing gave a huge boost in FPS. The game was now averaging 50-55 FPS. Ok so, what else could I do to get to 60?
I started running performance tests on the game in various areas that took a performance nosedive, and I came across a very common culprit: alpha and cutout shaders. Let’s discuss the first level of the game: Korrath Woods. There were 2 major culprits in this scene: grass and trees. The grass uses a custom shader for waving grass, and the trees are animated and use a cutout shader. This is not good design for the Switch, but as the game was already in development 2 years prior to the Switch even being publicly announced, I had not planned for these types of hardware challenges. I highly recommend creating new objects to replace objects that use cutout shaders or lots of alpha, but due to being over budget and over extended on the game as is, I couldn’t go back to the drawing board and create new assets. But make note that diffuse shaders and opaque materials really are the way to go, especially if you are targeting 60fps.
Here’s a shot of one of the trees as well as a wireframe version so you can see all the faces that the cutout shader is using: 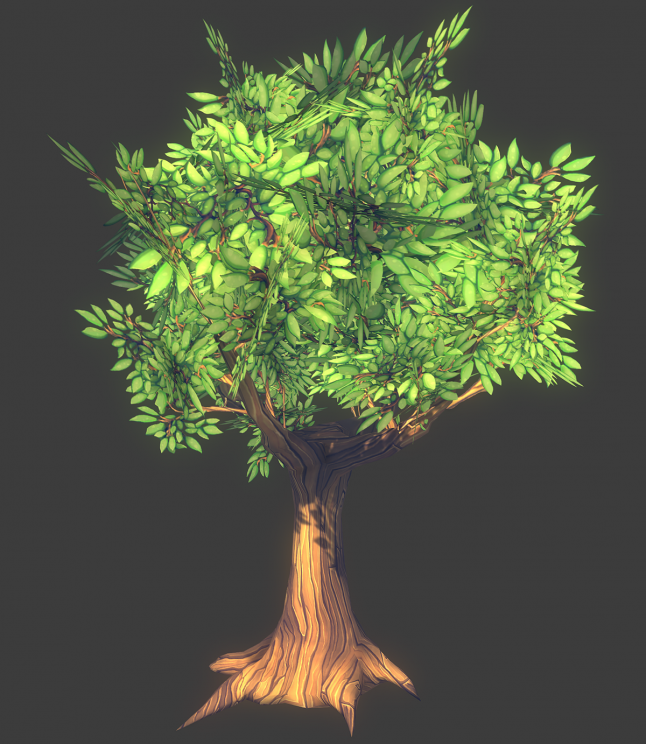 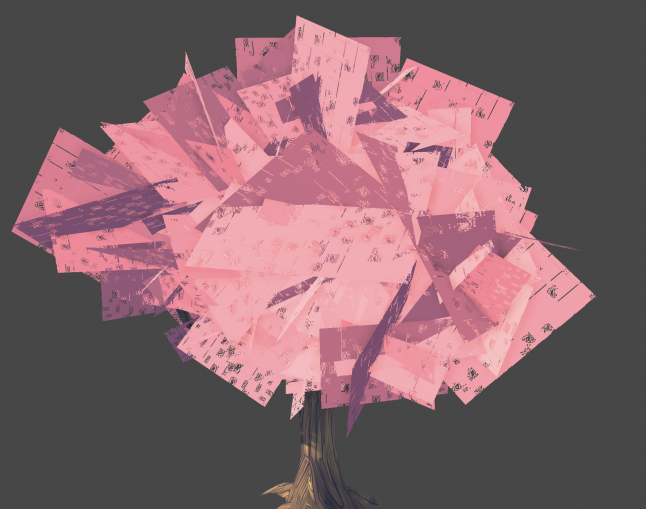 It’s definitely not a mobile-optimized model. If I had removed all of the faces, and instead created a tree that uses one continuous mesh and an opaque texture, there would have been a huge performance boost. I came up with a solution that a lot of games have used in the past. I created billboard trees to replace a lot of the 3d trees in the game. A billboard tree is just a quad with a texture applied to it. From a distance, it resembles a 3d tree model. The way I created the trees:
1.     I isolated a tree in the scene and took a screenshot of it with a plain background behind it. I did this with the lighting, color grading and bloom effects applied, so that I can maintain color consistency on the unlit billboard texture.
2.     I imported the screenshot into Photoshop
3.     I cropped out the tree and exported it with a transparent background as a PNG
4.     I imported back into Unity and created a material for the tree
5.     I placed quads throughout the scene at the proper aspect ratio and applied the billboard tree material to it.
From a distance, you can’t fully tell that the tree isn’t a 3d model. Obviously, it doesn’t animate, but any trees close to the player (within 30 units of the Camera) will remain 3d and animated, and anything further out was replaced by billboard trees. Voila! 60fps! It wasn’t just trees that caused this issue, but anything with a lot of alpha, so I went through each scene of the game and performed these steps with every asset that contributed to what I like to call “the alpha problem.” It was quite a painstaking process, but I made it through.
There was a lot more I focused on beyond these changes, such as replacing water shaders with more optimized ones, redesigning entire sections of scenes that had too much geometry for the camera to draw, and modifying tons of particle effects to be more performance friendly, but I won’t go into all of that here. I spent hundreds of hours performing lots of various optimizations.
After all of these optimizations, most of the game was running at 60fps with about 90% GPU utilization on average. Less optimizations were done on the Overworld, as it’s not as crucial to maintain 60fps there, so lower frame rates are encountered in some parts of the Overworld, but the game never dips below 30 fps, even in the most taxing areas. The overworld runs at 648p in hand held and 900p while docked. In crucial gameplay moments, I worked very hard to maintain 60fps, and in all the platforming levels/dungeons the game strives to maintain a smooth 60fps at the targeted resolutions. When all is said and done, I’m happy with the outcome.
There is one other major culprit that needed to be addressed: loading times. Initially, the Overworld took 36 seconds to load, which was unacceptable for this type of game. It was a huge scene, but this wasn’t The Division 2 (That game takes 2 minutes to initially load on my Ps4). I first went through all graphical assets and compressed large textures that really didn’t need to be as large as they were, from some particle sprite sheets to skyboxes, and this did shave off a little bit of loading time, but not enough. From experience, I knew it was most likely the audio causing most of the issues. First off, I had been loading audio from Unity’s Resources upon scene start, which was kind of redundant and stupid to begin with, but I’m only human. I rewrote the audio code to store audio directly in the scene, and I utilized some of the extra available CPU power to stream the audio, which allowed for much faster load times. The time it took to load the Overworld went from 36 seconds down to 11 seconds, which is the longest load time in the game. All other scenes load in under 10 seconds, and most of them considerably less.
All in all, I spent 4 months working on the Switch port, while simultaneously continuing to improve and finish the game on other platforms. The Switch’s hardware is unique and unless a game is designed specifically for The Switch, it’s probably going to be very hard to maintain consistency with consoles of more powerful hardware.
To conclude, the Nintendo Switch can be a challenging platform to port to with all of the graphical features available in modern game development engines, but it can be done with some sacrifices and a bit of hard work.
Get daily news, dev blogs, and stories from Game Developer straight to your inbox
Subscribe