Can Quality Mature Titles Survive On The Wii?

There have been great experimental games like World Of Goo released on the Wii. There was also Madworld, The Conduit and House of the Dead: Overkill. Did these games fail? How can we make these games and the Wii console better?
Isaiah Taylor
Blogger
December 24, 2009 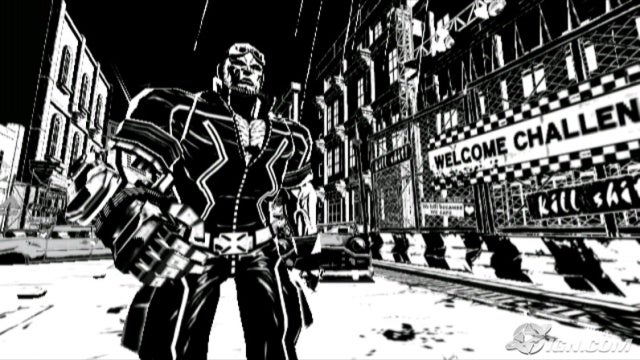 It's really easy to say M-Rated games [as a whole] do not fair well on this gaming generation's top selling console, the Nintendo Wii. The Wii has been the proverbial kryptonite for a lot of developers and publishers who refused to put an Italian plumber in their game. How long can devs put up with the 'low risk, high reward' design before the already fully stocked game shelves boot them to the bargain bin? In the history of sales for the Wii, Sega has produced seven titles in the top 100. Five of said titles feature a very tired Sonic the Hedgehog. The odd two who managed to rock the Wii charts -- Super Monkey Ball: Banana Blitz and the House of the Dead 2 and 3 Return [which were repackaged remakes with new Wii controls].

Before you skewer me with your e-pitchforks, I do acknowledge that games are more than just sales numbers. This is not a sales rap. I am not here to develop marketing strategies for Sega on why titles like Madworld and The Conduit should perform better. I want to talk about why these games don't perform sales-wise as well as garner critical acclaim. I want to talk about what can make mature rated games on Nintendo consoles [yes I am including you DS] welcomed for mature adults as well as the children they may be the parents of.

Firstly, what is success on the Wii? I would argue that the reason games like Super Monkey Ball [1.30 mil] and House of the Dead 2 and 3 Return [1.12 mil] sold so well was obviously because of their ESRB rating and time on that dusty Walmart shelf. Both of the mentioned titles have had at least close to two years of sales. Where Madworld, No More Heroes and The Conduit carry an "M-Rating" and have been released between '08 and '09. No More Heroes seems to be the oldest out of the aforementioned, being released in the States in January of 2008. The game has sold close to 480k. Is this a successful game? I would say so considering Suda 51 has announced a sequel. However it is somewhat telling that the studio wants the original game to be on the other two major [and I might add, high-end] consoles.

For the past decade games have grown, and now we are living in the age of the Sony vs. Microsoft slugfest. Their fanbase demands quality titles to the point of having well-supported online infrastructures that cater to the large and smaller games; and the fans who love them. Consistency is an ever-growing problem in the games industry. Though World Of Goo may be the shining star of WiiWare -- be it disc-based or download only, Nintendo has not really tried to push to this seemingly zombiefied audience. Seriously, who keeps buying Mario Party 8 [$6.81 mil]?

WiiWare is a bit of a wash seeing as PSN and XBLA have all seemed to agree to rarely release sales statistics [unless their game sells like gangbusters]. Critically, Nintendo seems to be feeling the pangs of their quality versus quantity structure. Is it their fault that major and minor studios want to come far and wide to work with one of the most established names in gaming? There is even the argument that games cost a "a fraction on the Wii than they do on the PS3 or 360." However, why do the games not staring a plumber, hedgehog or some sort of PVC piping peripheral device meet critics and the Wii audience with a resounding thud?

Clarifying maturity. When I say, "can quality mature titles" survive on the Wii? What I mean to say is, can games with a theme that doesn't involve squashing a goombas be taken seriously? This goes for critics, the audience, but most importantly -- developers. I would argue that a game like World Of Goo is a mature title [for the Wii], because of its underlying theme on consumerism and how it communicates that message to the player.

How many of us were awed by The Conduit's graphics? There were oh-so-many of those trailers, prior to the games release. Then the game came out -- a mediocre tragedy -- it was shown to be just another shooter and an average shooter at best.

Why does critical acclaim matter? The Wii is kind of its own beast. Wii games that may not have the same advertising dollars as a Super Smash Bros: Brawl or Wii Sports Resort, depend on positive reviews and that black cloud that is Metacritic. In addition to more eyes checking for a particular title, I would argue that more refined gamers read reviews. These gamers are exactly the group who would bye quality titles after a fair amount of research.

When playing games like the Conduit and Madworld, you see passion, effort, but somewhere within playing these games you get the sense that the developers realized what console they weren't developing for. This is not to say they were not giving it their all. Although Madworld really did seem to give players a very 1-dimensional type of game; coming from a developing studio that gave us games like God Hand and Okami, it seemed as if the game just lost steam given the tools used to craft it. I am sure there were tons of meetings about where the blood spray should laid and what explitive Jeff Probst should say, but in the end, the product could have been better than what it was.

How can we make these games work on the Wii? We have seen enough articles about how mature games fail on the Wii. We have also seen a fair amount of established studios come forward and show support for mature games and courageously develop with the hopes of awaking a sleeping beast. As a fan of survival horror, I would like nothing more, but for an obscure title like Fatal Frame IV to be released [in the US], sell well and meet critical success. I'll settle for two out of three. But I really have no idea how to gauge success on this platform. Madworld [350 mil] and The Conduit [330 mil] both came out this year and both sold meagerly and appear to have found an audience, and could very well be successes in the eyes of their respective studios. House of the Dead: Overkill [440 mil] really surprised me, because not only is it the swearingest video game, but it too has had somewhat critical fanfare and a niche crowd adopt it.

Is the cure for quality titles time, or do more parents need to kick their Wii Balance board aside, put their kids to bed and demand a quality game that may have the occasional exploding head?