It's a great time to be a game designer, but you have to learn how to bake.

With all the available tools and resources we have at our disposal it's no wonder why so many people are starting to have the guts to come forward with their own nifty ideas. Development has been streamlined to a point that a game could be developed in a ridiculously short time, even in less than two days, by a handful of people or a solo visionary armed with enough sand and coffee.

That being said, ideas are cheap and currently in great abundance. Most existing concepts could easily be traced back to their references, and more often than not proven as almost-uncanny reproductions of their inspiration. From visuals to mechanics, and at some cases narrative, there has been an influx of bestseller clones swarming the market.

The industry's brain-drain could possibly stem from the desire to simply copy a proven title's elements to the letter and slap on it a fresh coat of paint, hoping to make a quick buck. It's cost-effective, but no different from the mass of incoming recreations and iterations of the same design.

Any developer worth their salt know that players are always on the lookout for fresh ideas, one that will provide them an experience so magical they'll take the experience long after the game is over. Yet there's nothing more dismal than playing a rehash of a title that's sold well in the market, so how does one go about fixing this dillemma?

I gave a talk once in a local development summit about a design process I call CAKE. Being a cake enthusiast, I chose a more relaxed manner of relaying core mechanical game design to a crowd consisted mostly of people who have never had formal training. If you're a seasoned baker, you're in for a treat. All you need is some flour, eggs... oh wait.

What is a core mechanic?

A core mechanic is the most basic element of a game; it is the heart of the system, encompassing functions and rules that will determine the user experience and the flavor of your dessert. 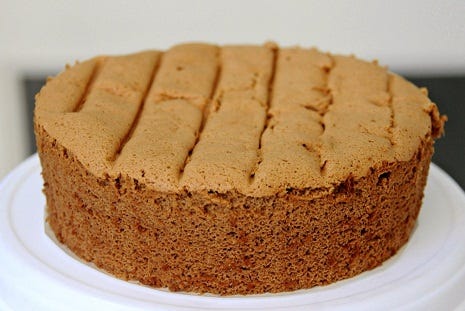 Much like a basic sponge cake, the core is the key requirement to your design. A bad tasting one will greatly impact your game even with excellent narrative or visuals; it's the mechanical facet of your design that will fundamentally shape user interactivity, with the visual, aural and possibly narrative elements serving as supporting icing and occasional cherry on top.

Practice this: When starting an idea, list down all the elements you want to have in your design as well as their contribution to the game and how they can be achieved/performed. Once that's done, begin by taking them out one by one and check if the game will still function the way you want it to with each exclusion.

If you encounter an element that breaks the game if removed, then you've just taken out a part of the core.

Putting it into perspective: Let's analyze a basic platformer game, like Mario Bros., with an objective of moving from point A to B. The elements the game provides to perform this task are the following:

Removing movement would disable you from achieving the goal of the game. Taking out jumping would prohibit you from overcoming obstacles. 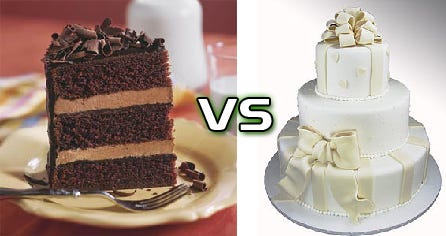 Although I love cakes, I simply despise the ones they serve at weddings. They're huge and wonderful to look at, but it's that gaudy shell that masks the undesirable sponge within. I prefer a delectable slice of chocolate cake with a cup of coffee over an overly sweet and base wedding cake chunk, and I'm sure you do too as well. I mean, look at that picture above and tell me that you'd go for the latter.

But enough of that! Let's put it in perspective.

More often that not, it's easier to think of the icing you'll put on your design rather than refining the core you have. I have to admit that it's a joy talking about the lavish environs and how wicked this special skill is that the player will acquire at level 45, but if your icing overpowers the taste of your weak sponge, then congratulations: your batter has beaten you.
Puns aside, one of the keys to a great design is knowing the difference between a core mechanic and a feature. I've already explained what a core mechanic is, so what constitutes a feature?

Putting it into perspective: Let's go back to our earlier game example, namely Mario Bros., which has a decent set of features:

With the exception of the fireball, mushroom, dash, crouch, star and 1-UP, the other features are also core mechanics that have been refined into new functions. Jumping then colliding with a box allows Mario to uppercut it, jumping then dropping down on an opponent allows him to stomp it.

Another notable thing that was done with the design was the combination of certain features with core mechanics and/or other features to create additional ones without having to create too many unique functions. Dashing forward then jumping allows the player to scale wide gaps or jump farther, while dashing forward then crouching allow access to narrow locations.

Designing features that compliment core mechanics rather than overshadow optimizes development, which in turn translates to faster iterations, prototypes and a more coherent and cost-effective game system.

Execution: Mixing it all together 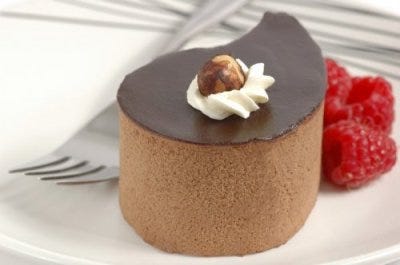 They say the cake is a lie, but in this case it's the gospel truth.

To conclude this article, why are core mechanics important, and why keep them minimal? Well for starters, it allows for a modular approach in development. By developing a strong core system, one can wrap around the other elements around it with little to no worry whether the game will be enjoyable enough.

I'd like to quote an entry from Brandon Sheffield's article: "the the fewer game elements you have, the more important each one becomes". Core analysis and knowledge allows one to focus on the fundamental elements of the game, giving way to an upward design style rather than a wide one. It requires the player to focus less on figuring out how to play your game and more time being challenged by the tasks your mechanics will be used on.

It encourages mastery of less, more important elements rather than drowning the user in so many functions. Think about this for a moment: how many people utilize all of the unique functions in a game that has sixty of them? Now translate that to the amount of time invested in developing each of these sixty unique elements, and you have your answer.

By crafting a smart set of a few core mechanics that can be mixed and matched together and allowing features and sub-mechanics to support them rather than take the spotlight, you have saved so much time developing your game. In a modular perspective, if a particular feature does not work, you can always remove it without impacting the core. The game's usability will not suffer, and will still be fun to interact with.

It's a great time to be a game designer, and I believe everyone can design smart. Go out there and start baking.