Blurring the Line – An Experiment in Casualcore Gaming: Part 1

In this post I announce a project that seeks to create a game that appeals to both the casual and hardcore. I describe the survey that gave us the design guidelines for the project and where we will go from there.
Christopher Totten
Blogger
November 01, 2010

I hate the terms “casual gaming” and “hardcore gaming.”  At this point in my life, I suppose I would define myself as a “hardcore gamer”, yet I haven’t played a video game in over a week (except recently showing someone how to play Portal and some Monkey Island sessions on the train ride to and from work.)  Does this make me any less of a gamer than I was in my college video game marathon days?  Some would say “yes.”  I would say “no.”

I like difficult games.  I like games that have fast-paced visceral action.  I also like games that require abstract thinking and strategy.  As I spend increasing amounts of time working, writing, making games, and somehow pulling off a social life, I find myself also enjoying puzzles, games that support short play sessions, that include a simple save system that can be accessed at any time, and those that have very simple rules.  I would say that I’m getting away from my more carefree marathon gaming days, yet it is still a very important part of my life.  I guess I could call myself a busy hardcore player, or a casual hardcore gamer, or…

Why don’t we call it “Casualcore”?   (“Hardsual” doesn’t quite have the same ring.)

Weeks ago, I read Tony Ventrice’s article, “Evolving the Social Game:  Finding Casual by Defining Hardcore.”  The article outlines the following as what make a game hardcore:

He also establishes that these things do NOT make a game hardcore:

The article is excellent, yet the examples of “casual” and “hardcore” games that it utilizes still highlight the line that is drawn between the two. The current state of Casual/Hardcore...everyone thinks there are bears on the other side...

One example that particularly caught my eye was Super Mario 64, which was called out because of its long jump move (run, hit Z, then A to jump) being difficult for new players to use.  Advanced maneuvers aside, I know quite a few people who would define themselves as “casual” gamers who greatly enjoy Mario 64.  When I first got it as a kid, I can remember my Dad asking for the controller and marveling at how Mario could now run in circles and jump around the 3D landscape.  I on the other hand searched for stars and learned the more advanced techniques.  Once while talking to a friend at my dog park, my utterance of the words “Super Mario Galaxy” yielded exultant reactions from both the hardcore gamers and their casual girlfriends (the dogs were busy with a ball – to each their own.)  Mario 64 appeals to both audiences with its easy to understand premise, intuitive controls, and its surprising depth because of techniques such as the long jump and the advanced platforming challenges that define the later stars of many worlds.

This got me wondering – could there be a way to define ways to create such games?  What do gamers find appealing in both casual and hardcore games?  My students and I decided that this would be a good project for our “game art project” course and set out to do some market research.  Basing some of our questions on Ventrice’s lists, we came up with a simple essay-based marketing survey.  We posted the questions on surveymonkey.com:

The survey got around sixty responses from various gamers.  The responders were split very equally on the question of whether or not they were “casual” or “hardcore” gamers, though many of those defining themselves as casual did so because of the time they had to play, not necessarily on the games they chose when they did.  Likewise, some of the favorite games cited by both audiences included many games by Valve Corporation, World of Warcraft, Civilization, and a large number of old-school games from the Nintendo/Super Nintendo eras.  From the casual responses, we also received occasional mentions of Farmville, Angry Birds, Bejeweled, Tetris, Wii Sports, and others.

Many of the players that did define themselves as “casual” mentioned that they felt they could not sustain their games for long play sessions and cited that as a possible disadvantage.  Many cited WoW as a game that could be played over time, since it involved a series of short missions rather than one sustained quest.  Strategy was also more important to many of the casual gamers and the hardcore gamers that enjoyed strategy or role-playing.  Players enjoyed playing their own way, be it rushing into battle blindly to see impressive explosions or taking a slower, more thoughtful approach.

The fifth and sixth questions yielded similar results to one another (admittedly they are very close.)  The responders identified casual games as providing a quick, relaxing escape from their normal day-to-day work, while hardcore games tended to be identified with longer competitive play.  One of the main complaints against the hardcore was the community that surrounded it.  XBox Live was mentioned several times in these results.  Players believed that the only players who can thrive in competitive environments like XBox Live were those who played games constantly.  The results seemed to even rule out features like Matchmaking, with responders saying that they were always matched against much more skilled and less polite gamers.  While we decided that multiplayer should definitely be a part of the experience, we thought it would make more sense for this competition to take place game by game rather than being based on rankings and/or leagues. 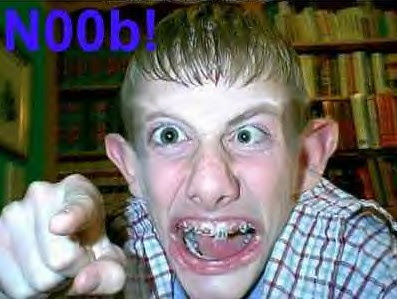 No one likes this...

Responders to question seven mentioned a lot of the typical science fiction and fantasy genres that dominate modern gaming.  Casual gamers, however, stated that these were often an indicator for them to not bother with a game.  They felt that lots of lore-heavy science fiction or fantasy made certain games intimidating.  Beyond those, however, responders mentioned being fond of fiction that was realistic, with elements of the supernatural.  Horror movies scored the highest behind the sci-fi/fantasy fans, with comedy closely behind horror.  This question's responses will obviously help us choose an appealing theme for the final game project.

Simple games can have zombies too...

Question eight told us that people enjoyed games using non-obtrusive tutorials such as on-screen texts during early gameplay instead of drawn out sequences that painstakingly teach the mechanics of the game.  Two interesting quotes were:

“That's sort've like asking if I would prefer microwave dinners without instructions. Sure, I could guess at how long to nuke it, but I'd much rather it just tell me. :)”

“As long as the tutorials don't drag on for more than a few minutes, I find them helpful in getting acquainted with a new game. Referencing Kingdom Hearts 2 with it's two-hour tutorial, that is far too long. EVE Online with it's "drop you into space" lack of tutorial is abhorrent.”

According to these responders, game tutorials should exist but should not take too much time away from gameplay while still being helpful to players who find themselves in a new experience.  Results pointed to a mixture of reinforcement-heavy Behavior Theory-like methods with more Montessori-based interactive learning during gameplay – requiring players learn the mechanics to move on but making it part of the main play experience.

Finally, questions nine and ten told us that both casual and hardcore gamers like options, but casual gamers feel that the choices they are given in terms of inventory and other gameplay options need to be concise enough that lots of memorization is not necessary, in agreement with Ventrice’s own findings.  They also mentioned that a game’s final goal should be well established in the beginning, such as “save the Princess” or “save the world”, but the journey to that goal should not.  A system of short term goals that could be explored or chosen by the player that eventually lead to the long term goal would be ideal for the game.

From this research, in addition to interviews with gamers of both kinds, we will create an original game concept, create it within the Unity 3 engine, and playtest the experience with both casual and hardcore gamers.  The problem we identified is that in drawing a line between these two areas of gaming, the industry is alienating the experiences of two audiences.  The casual find “hardcore” games too complex and intimidating (to quote my uncle, “Zelda looks fun but it also looks like…work”), while the hardcore gamers feel that “casual” games aren’t worth their time (my cousin, the host of a college radio show at Miami of Ohio, frequently complains about his co-host playing Angry Birds.)  The goal of our project is to create an experience that can be enjoyed by gamers that identify with both audiences and that can encourage more thoughtful “casual” game design that doesn’t result in “dumbed down” experiences.