Is there an inseparable wall between casual and hardcore game design? Or is it possible to bridge this gap through clever game design, marrying accessibility with depth?
Glen Cooney
Blogger
February 20, 2012

Finding the Holy Grail of Game Design
The game industry lies at an interesting juncture between business and art. Inherent to this condition is the constant struggle between creatives and businessmen trying to figure out what kind of game products will make the most money while also being satisfying for players. This can lead to trade-offs and compromises being brokered, all in the name of maximizing profits.

Central to these dueling forces are gaming demographics. On one end of the spectrum are the challenging and often competitive experiences of hardcore games, which stand to test the reflexes and wits of experienced gamers and satisfy them through feeling they have accomplished a formidable task. On the other hand you have casual games, which are much more calm and are about providing a light, fun, low-commitment experience to share with friends or just to stave off boredom during a long bus ride.

On the surface, it seems these two types of games are polar opposites, and attract very different audiences. But what if a game could be made that could bridge this gap, and unite all gamers in the bonds of peace, love, and friendship?

The Battle Begins
Battleheart is a game I feel comes close to hitting that magical sweet spot of being intuitive enough for anyone to pick up and play, yet have enough depth to keep a hardcore gamer hooked. Developed for iOS and Android devices, Battleheart offers a light action-RPG experience with simple controls and a surprising amount of tactical and strategic choices. May not be the kind of game to give your middle aged mother, but it's a step in the right direction. 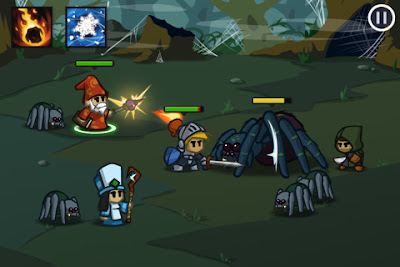 In the game, you control four characters via a touch-screen interface, giving your characters commands by pressing and dragging a line to a target. This is context-sensative, and can be used to send a knight to attack a goblin as easily as it can allow a healer to heal an ally. Each class then has a series of special abilities they can use. When a character is clicked on, a set of buttons appears in the top left corner that can be used to activate the unit's various powers, with a simple cooldown on each of them to prevent spamming.

The result is a system with a good mix of autonomy and micromanagement, not unlike your typical RTS game, or the paradigm system used in Final Fantasy XIII. While battles are not always difficult with the right team composition, the player is always kept on their toes, micromanaging their characters to keep them alive and trigger their special abilities at opportune times.

Outside of combat, the game has a simplified system of equipment and ability management that is likewise a good mix of accessibility with a good amount of depth. Equipment works a lot like in classic Final Fantasy games, with a weapon, armor, and two accessory slots, and the easy ability to buy and sell new items as needed. Equipment doesn't play a huge role in the game, but there is a good variety of accessories to customize your characters to your playstyle. 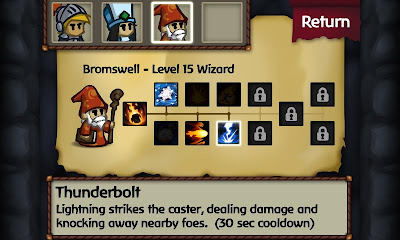 Additionally, characters gain new special abilities every five levels, with most levels offering a choice of two different abilities. Your choice of abilities can be swapped any time out of combat, giving the player a sort of simplified talent tree to allow them to customize their characters and adjust their strategy freely. Combined with the ability to swap out party members and experiment with different team compositions, players have a lot of choices of how they want to customize their party, as well as how difficult they want to make the experience for themselves (who needs healers, anyway?).

At each level of Battleheart's design, one can see areas where the designers took elements from more complex games and simplified them down to their most essential components, preserving the joy a player gets out of interacting with such systems while making them easier to pick up and understand intuitively.

It is this concept of breaking down the hardcore game experience into its core parts that I feel is the key to creating a game that can appeal to all gamer crowds.

Boldly Going Where Several Have Gone Before
Battleheart is not the first game to attempt to bring mainstream game design closer to a casual market, but the phenomenon still remains rather rare. Arguably one could say Nintendo games have been following this trend for years, but I feel they do not reach a level of maturity or complexity to truly scratch the hardcore gamer itch as something like Battleheart does.
So what games have managed to do this? Here's a few recent examples: 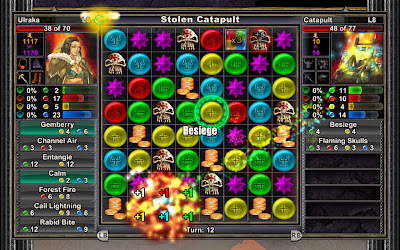 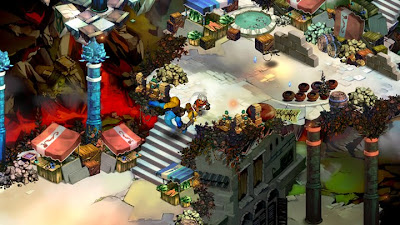 The Money Game
While game designers can pat themselves on the back for coming up with clever ways to draw in a larger chunk of the gamer demographic, does this translate into better sales? Does the difficulty of making a game attract a few more diehard gamers justify the extra effort? I think it does.

The advantages of targeting a casual audience are obvious enough. The sheer numbers of non-traditional gamers out there drawn in by games like Farmville is undeniable, many of whom are certainly outside of the usual demographic of 18-30 year old men. These games can not only reach children clamoring for the next thing to hold their attention, but also older folks with some disposable income and free time on their hands. 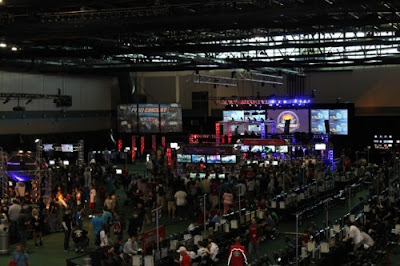 The more traditional kind of games are still alive, of course. Good games that draw in a hardcore following enjoy an energized fanbase and strong brand loyalty. One need only look at major e-Sport events such as Major League Gaming to see how the popularity of hardcore games has grown and is quickly taking on a life of its own.

To create a game that can appeal to both crowds is to get the best of both worlds. You can have a large userbase thanks to your game being accessible and fun, while still having a strong following of core gamers that will carry the word of how great your game is. Further, if the game is successful in hitting both markets, you'll be able to get word-of-mouth promotion from gamers and non-gamers alike.

Overcoming obstacles
Making a game that appeals to both a hardcore and casual crowd is certainly a tall order, and it is little wonder that few games have been able to do it successfully. Hardcore game design and casual game design approach games from very different angles, and melding the two isn't always easy. Regardless, I think this is the best way for companies to not only make big profits from sales but also help push games into a solid and lasting hobby for consumers.

ADDENDUM: Apparently Bastion is now easier than ever to play. If you don't have Steam or a 360, you can buy the game and play it right in the Chrome web browser! Sweet deal!