Part 1 in a 10-part series about atmosphere in games - what it is, how to improve it, and how it breaks down into the various aspects of a game.
Matthew Bentley
Blogger
June 15, 2013 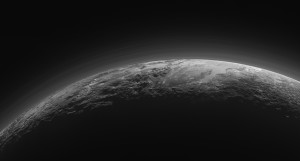 Different people play games for different reasons. Some people play for gameplay alone, for a sense of mastery, progression and accomplishment. Some play as a competitive sport (I hate those guys). Some people are very visually-oriented, sound-oriented, or story-and-dialogue-oriented. But I've never heard anyone talk explicitly about atmosphere in games. I am more atmosphere-engaged than I am by other aspects of a game, which is why I'm starting this series on what 'atmosphere' in games constitutes, what it represents and how it can be improved in games.

Recently, I'd been looking back at 90's games and wondering why those games tended to have more in the way of atmosphere than modern games. It's not merely nostalgia-goggles, the reflexive memory from a time when the brain was more imaginative than it is currently. Games have changed and though some still get a full sense of atmosphere and immersion, it is largely due to chance rather than via good design and fore-planning. But before we get too heavily into this, we still need to define what it is.

Atmosphere is the feeling that remains when the rest of the game shuts the hell up.

Or to put it another way... atmosphere is the feeling that is touched upon by only that particular combination of imagery, sound, music (or lack thereof), story, gameplay and the sense of agency which games are so well-known for. It is a sense of immersion within the game world, but is not principally composed of immersion alone. A better sense of the word might be 'emotional immersion', but that indicates an unsubtle sense in which we usually use the word 'emotion'. 'Feeling' might be a better word, but 'feeling immersion' is a clumsy expression. Good atmosphere is not blunt or misguided- while the game itself might be fairly brute-force and unsubtle, a good sense of atmosphere never is. It is the odd yet essential "X-factor" of games, the incongruous immersive edge that comes from the right combination of elements, in the right way. In the same way that the right key unlocks the right door, a good game can get access to our imagination via the right atmospheric engagement. Games seem to do this extremely well, because they involve the player as an active and integral part of the world - being an agent in the world has the power to immerse ourselves more in the feeling of it more fully than with a film, a TV program, or a novel, if done right.

The single largest constructor of atmosphere is the player's imagination. But that imagination has to be fed, and nurtured, via the game - specifically, the game has to allow gaps or 'space' for the player's mind to fill in. If you say too much, you leave no room to breathe. You have to create enough space for the player to be partially-process-oriented in the way their brain processes the game, as opposed to 100% goal-oriented. This is obviously not the way pro-gamers and hardcore gamers operate- which creates a push-pull conflict that we'll talk about in more depth later in the series. Modern games tend to detract from atmosphere principally by leaving no cognitive gaps - there is too much infinitude of stimuli and too much given away - not necessarily plot-wise, but in terms of an unwillingness on the part of the designers not to constantly bludgeon the player's subconscious with detail.

Interestingly, there are corollaries to this gap between detail and emotional imagination in all fields of art- but again, more on that later.

Some games which succeed in leaving useful cognitive gaps:
Knytt Stories (Indie, freeware): This indie classic pretty much coined the term 'zen platformer'. Through the gaps there's a sense of playfulness, exploration and mystery.
Mass Effect (AAA, payware): While there's some heavy dialogue and textual/visual information throughout the pieces of this game, there's also a lot left to the imagination - and a sense of space.

Some games which fail:
Bulletstorm (AAA, payware): While the world itself is crammed full of gorgeous visuals, high-rooftop vistas and colourful sound, the sheer information overload presents the imagination with a difficult time.
Team Fortress 2 (AAA, payware): Well, this is a good example of a game you don't play for atmosphere, and in which atmosphere would be innapropriate. Just a reminder that not all games fit the bill in this area or should fit the bill.

In the next article I'll talk about our first subset of the imaginative fields, probably the most talked-about one in video games: visuals.