Feature creep is a term that gets thrown around a lot in the game development and gaming communities alike, typically as a defamation. So what can we do to combat it?
Aidan Herron
Blogger
February 25, 2021

feature creep noun. 1 implementing components beyond development capacity 2 shooting for the moon and exploding nowhere near it or the stars 3 turning a game into an distended mess on account of someone’s dogmatic “vision”

Feature creep is a term that gets thrown around a lot in the game development and gaming communities alike, typically as a defamation. From a game development perspective, it’s an accusation that an aspect of the project is out of scope and/or does not contribute to the project’s overall fidelity, and any resources spent pursuing it are wasted.

For the gaming community, it’s typically a criticism that a game is bloated by content that is a) uninteresting; b) inelegant; c) clearly cheaply made; or d) all of the above.

It’s an indictment whichever way you spin it (as most terms with the word creep in them are), but something any game can run into during its development, regardless of budget. There’s a dozen games I could use as a case study for feature creep, but there is but one series that manages to exorbitantly bloat each entry with new features while somehow feeling like introducing nothing new at all. 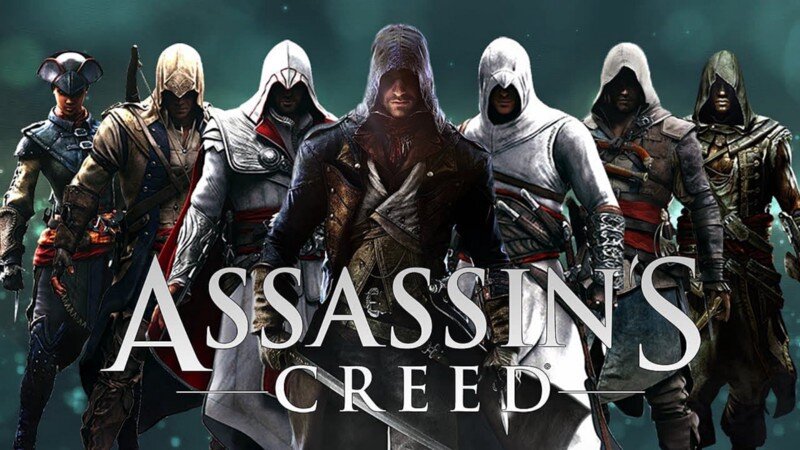 I like to categorize the core entries of the series into 5 categories: 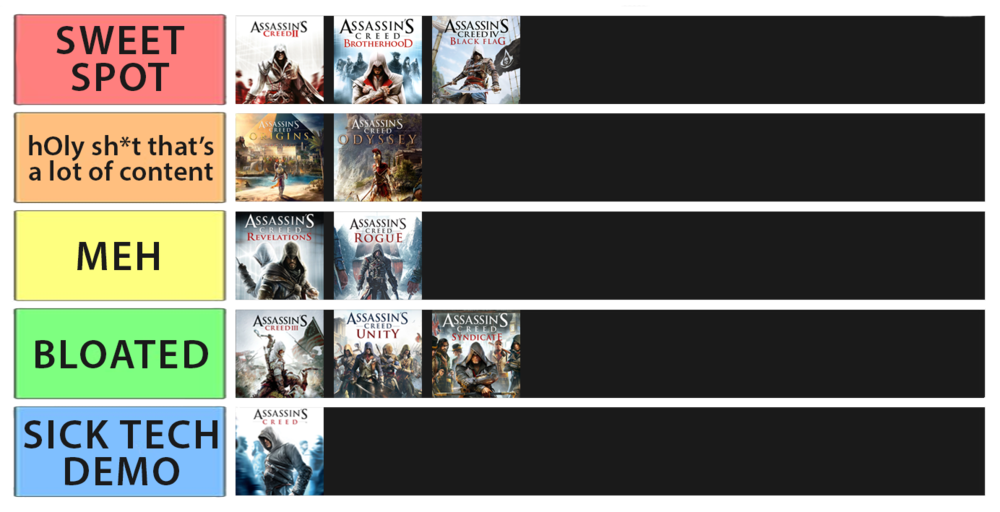 What’s frustrating is that there’s no correlation between number of features and how well any given game was received. It would be a much easier heuristic if more content = better game, but that corollary only really works if you’re The Witcher 3.

Which was basically what Origins and Odyssey were trying to be.

And even if that were the case, all that would do is drive studios to see what gives out first: the development team, or their community’s willingness to download 200GB games.

This has left the Assassin’s Creed series in a strange place. Across its 11 core entries its experimented with dozens of features, side activities, and mechanics, and I’m sure one of the first questions every new entry’s development starts with (after ‘what’s going on in the present day storyline again?’) is which features do we bring back?

Assassin’s Creed 3 just sort of shrugged and said f*ck it and brought it all back which led to the game feeling muddled and unfocused. Assassin’s Creed Origins went the complete opposite direction and brought almost none of it back except for the parkour, murder, and hoods, and subsequently lost a lot of what made the original games tick.

The best entries tend to be the ones that find a middle ground between these extremes, and end up feeling like both a sequel and a game that stands on its own. i.e. Assassin’s Creed 2 and Black Flag, which are considered to be the series’ best.

Sequels are a good case study for feature creep because the originals serve as a kind of control study. But sequel or not, every game will face a battle with feature creep. So what can you do about it? 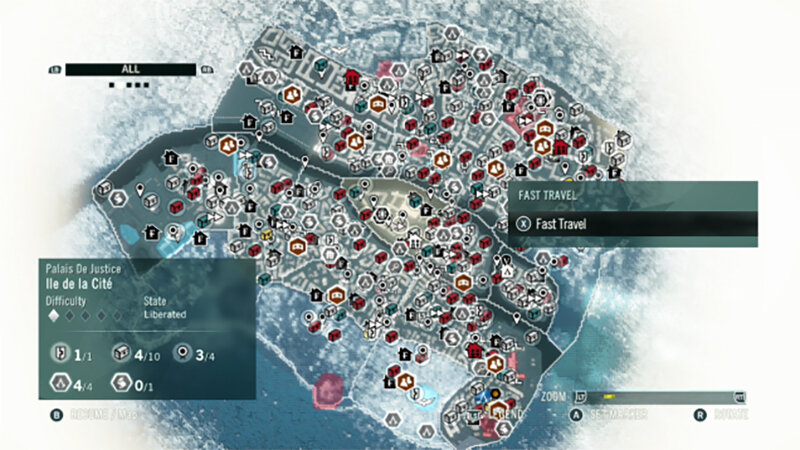 1. Know what the core of your game is

This should be as simple as possible, for instance: Bioshock Meets Assassin’s Creed (→ Dishonored), Guerilla Warfare in Space (→ Halo), Doom but Gorier (→ Doom 2016).

Something simple and evocative that everyone on the team can aim towards. This is so when new features are suggested, they can be assessed in terms of how much they contribute to the game’s core. If they are, add them to the prototyping list! If not, write them down and shelve them for later.

2. Build towards a minimum viable product

The point of building towards a minimum viable product is to aim low and get your game on its feet. Focusing on getting your game to a playable state will help you strip away superfluous features that while cool, should only be added if time permits. Prioritize the important things first!

There will be times where you arrive at your game’s first MVP and realize it just doesn’t work, and you have to take a critical look at why. This may mean revising the ‘core’ of your game, or it may mean changing the goalposts on what the next MVP is going to look like. But in any case, it’s important to find these problems as early in development as possible to conserve resources.

Check in on the your game’s core and current MVP goals often. Assess every feature that’s on the table through the lens of does this fit the core of the game? and what does it look like in a minimum viable product?

Follow these steps, and maybe you too one day can stop your stealth action-adventure game from inexplicably implementing a tower defense mini-game. For more discussion on Feature Creep, listen to Episode 46 of The Panic Mode Podcast—Scope in Game Design.

This article was originally published April 29, 2020 on www.panicmode.net.