I have noticed some common art direction methods and tricks indies utilize to make their games look better on a tight budget. The first of these is Abstraction.
Nicholas Lives
Blogger
August 04, 2020
The following article is a full transcription of the above video.

Indie game developers are known for, if nothing else, working within tight budgetary constraints. With some exceptions, most of us have to balance making our games look acceptable to the general public while working within sensible limits of time or money. In my 3 short years as a full-time game developer, I have noticed some common tricks and methods indies utilize to make their games look better, for cheaper. So let’s talk about them!

Abstraction, as I refer to it here, is the extent which you move away from directly visualizing actions in a game world, and opt instead to represent those actions through non-literal means. Take for example, the simple act of opening a door in your game. A game with very little abstraction may choose to make this action very literal, by playing an animation of a character grabbing a door handle, turning it, and swinging it open. One extra layer of abstraction may have the door animating open, but without any literal animation from the player character showing this happen. Add another layer of abstraction, and now the door isn’t animating open, but simply plays a sound effect and switches to a binary open state. In each case, the act of opening the door remains the same, but as you move towards abstraction, you ask your audience to fill in more of the blanks with their imagination. As one might imagine, the more abstract one gets the harder it is for audiences to fill in the blanks, and this is where presentation comes into play. 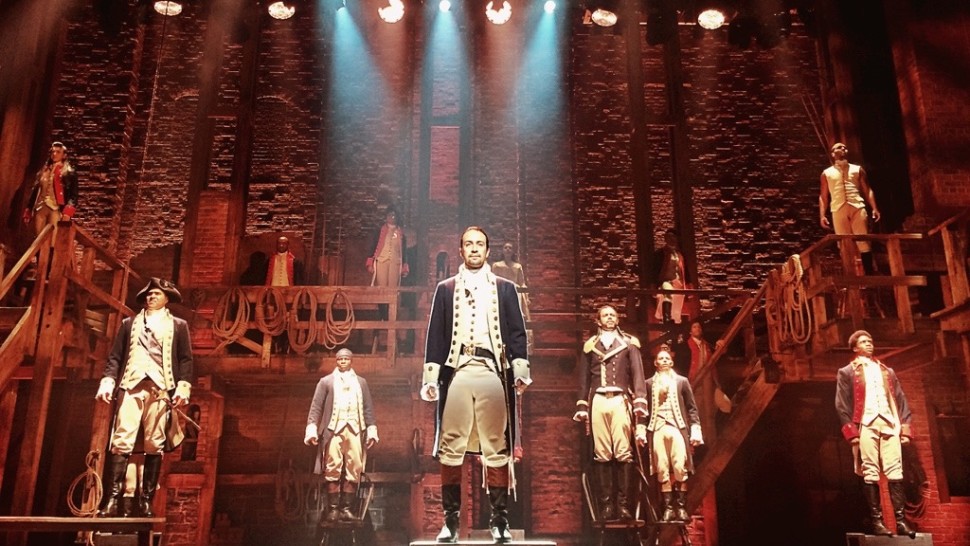 I think it pays to look outside our own medium to see how others tackle these very problems. One of the best examples to look to for demonstrating mastery of palatable abstraction is the world of theater. A show like Hamilton manages to cover an entire revolutionary war with no more than a single brick-and-wood backdrop, some period-suggestive costuming, and colored lights. Yet when you watch it, you do buy into the world it creates. Theater helps their audience understand the abstracted nature of their storytelling through this very sparseness. You know you aren’t meant to take costumes and sets in Hamilton literally, because they are presented in a deliberately non-literal fashion. Where are we? Wherever they tell us we are. What are all those dancers wearing? Whatever the scene would call for. We know, intuitively, that people don’t dance and sing to communicate in real life, but this lends itself well to abstracting movement, emotions, and dialog. This even allows theater to do things that other mediums can’t! We can hear the inner-most thoughts of several characters at once in a theatrical production, and actually take in and understand it, because of the taught abstraction in their very presentation. It creates a consistent presentational language through which the audience can interpret the story.

Back to gaming, one can see how independent games that choose to take on more expansive concepts, also signify to their audience through their presentation that they’re operating in the abstract. Let’s look at how characters are depicted in say, Prison Architect, and why that might be. They’re these little round pawns with no legs, no arms, and no facial features besides little dots for eyes and sometimes the suggestion of hair or mustache. These characters aren’t meant to look like this within the context of their world of course, as is suggested by the game’s cutscenes, where we’re treated to supplementary images of characters as they are supposed to look. In doing this deliberate oversimplification of the game characters, the audience is primed to accept an abstracted game view, and learn to interpret the game’s actions through this lens. That prisoner didn’t just rub their body against the door to open it, they probably reached out and opened it in your mind’s eye, because you are now primed to fill in those blanks. 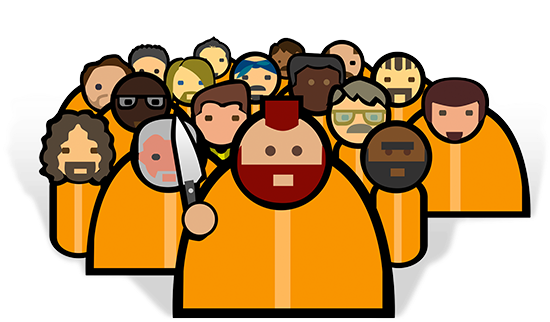 This is also why the only time we tend to notice abstraction is when it’s inconsistent. New Donk City in Super Mario Odyssey for example, was notorious for making people question if Mario was even human because it presented an abstracted character design alongside more literal ones, highlighting what made Mario’s design unlike theirs. It’s also why having a single musical episode in an otherwise literal TV show is so strange and off-putting, even if you normally like musicals. Abstraction is a very useful and affordable tool, but you have to use it consistently for it to be most effective.

I think this is actually one of the reasons you continue to see pixel art in games that are otherwise not necessarily going for an explicitly retro feel. Lower resolution pixel art is a visual language unique to games that has taught players to project more complex forms on blocky figures, and I think it’s that very layer of abstraction that pixels represent that allowed for Minecraft to be so palatable to a wider audience. There’s something about seeing the actual digital makeup of a piece of art laid bare that tells your brain to project something onto it. Just like finding images in clouds or star formations. It’s an excellent primer, and it sets up the appropriate expectations for what most indie games have the budget to accomplish, fidelity-wise.

That’s not to say that pixel art is the only way to prime your audience’s expectations on how to frame your work. Just about any amount of stylization will start to abstract something away from the literal, and liberal use of text or narration can also help fill in the gaps, as classic roguelikes and adventure games can attest.

But how does this make one’s game look better? By itself, the concept of abstraction doesn’t necessarily make your game more aesthetically pleasing, but by invoking imagination you can impress upon your audience something far more than what’s just on the screen.