An Exploration of Mundanity in Games

Dull. Boring. Mundane. These are normally words that would be devastating to have said about a game, as surely games are supposed to be fun, exciting and full of energy. Today in the games industry however we are moving towards more emotion-led games. This movement was popularised by texts like MDA by Hunicke, LeBlanc and Zubek and the design ethos’ of games like Journey (Thatgamecompany, 2012). Both of these said that games should be designed from an emotional standpoint first. If games are designed this way and, as an art form, are designed to explore all aspects of emotion, then mundanity is a powerful tool to use in game design. Without dullness, excitement becomes the norm and therefore mundane. Having a game of only exciting combat with no downtime makes it repetitive. We can also call this pacing.

In the rest of this article I’m going to talk about 4 ways that mundanity can be used to different wonderful effects and examples of those from games:

The most apparent use of mundanity in gameplay is to create a feeling of relaxation in the player. After a long day of work/school/whatever, people are exhausted, just wanting something simple to entertain their brain.  This is a good and necessary genre of entertainment. Soap operas are a great example of this from television, but there’s also a lot of very different games that use mundanity as a way to help people relax. From cozy town/farm simulators like Animal Crossing and Stardew Valley to simulator games like Euro Truck Simulator and My Summer Car. I recently did a quick survey of simulator games players and most people found that relaxation was the main reason they were playing those games (75.6% of responses, 90/119)

However, mundanity on its own isn’t enough to make a game relaxing. The common element of these games is delayed reward, whether it’s driving for hours to deliver some cargo in Euro Truck Simulator or saving up money to buy a new barn in Stardew Valley. These long term goals help provide something to work towards because not many people want to repeat a mundane activity for zero rewards. The results of the survey I did also reflect this by showing that the satisfaction of a reward earned over time is the second highest reason that people play these games. (50.4% of responses, 60/119) The next most common use of mundanity is very often seen in first-person-shooters, with some recent examples being most of the Call Of Duty (Activision, 2003 - 2019) series, Destiny 2 (Bungie, 2014 - 2019), DOOM (id Software, 2014) and Titanfall 2 (2016). It is the use of mundanity within the gameplay to make the player pay attention to the world around them. Here is one such moment in Call of Duty: Modern Warfare Remastered:

All of the games listed above have scenes where the player’s movement and actions are limited to draw the player’s attention towards something happening in the game world. This is a quick way to push the gameplay above just a cut-scene, where the gameplay is more than non-existent. 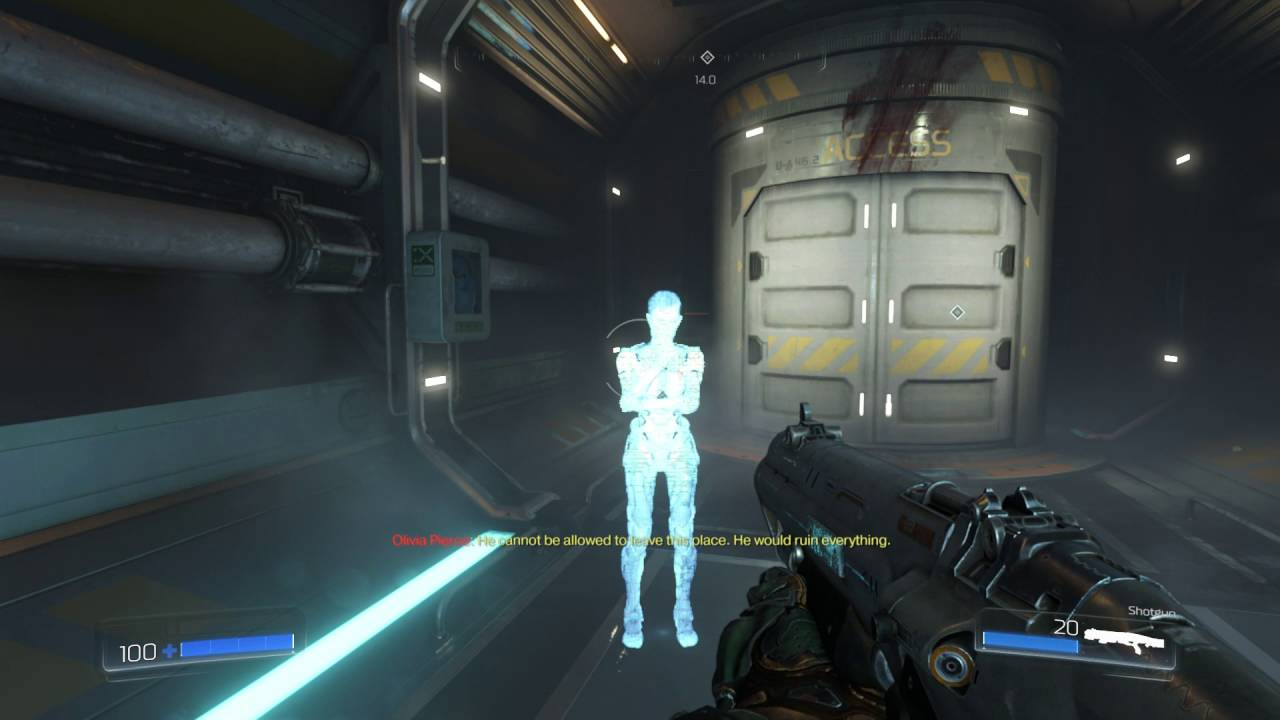 Low-gameplay games like some “walking sim” games could also be said to use this technique to free the mind from having to think about gameplay to make the entire experience about the story or world.

Moving on, the third use of mundane gameplay is similar to the last one but is more introspective. If there is complete mundaneness in both gameplay and visuals then there is only one more place that the player’s mind can go, itself. The most famous use of this is in Metal Gear Solid 3 where, just after a boss fight, the player must climb a ladder for 3 minutes with no stimuli other than the games theme song. Here it is in its entirety:

This long climb lets the player just think about what they have seen throughout the game, lets them decompress after a tough fight and lets them imagine what is to come. A moment of relaxation and retrospection. An intermission.

This same effect is used in the opposite way in a lot of horror games. If the player is in a pitch-black room, then the real thing that would be scaring them isn’t an actual enemy, but their minds imagining what is in the darkness. Again the mundaneness of the surroundings and gameplay lets the mind wander, however much more negative this time.

The last use of mundanity that I would like to discuss is that of reflecting reality. In our day-to-day lives, no matter what we do, we have moments of dullness. Commuting, Chores, Waiting. And for games that want to represent and reflect our normal lives, dullness must be a part of that. A very recent example of this is in Weather Factory’s new game Cultist Simulator, a card-based roleplaying game.

In Cultist Simulator, you have to use activities such as "work" and  "dream" in combination with cards like a boring job or an occult bookshop or a vision of a mysterious realm, to be able to do anything. As well as this you also have limited resources of Funds, Health, Reason, and Passion that you must keep check off in case things like sickness or madness afflict you. Because of this, you must always be balancing doing mundane activities like working in your job vs skipping work to go to a shady member's club. This creates a nice reflection of our reality that works as a metaphor to how in real life we must always balance our resources between work, social lives and everything in between. Overall while these techniques have been known and used for a long time in games design, understanding them from an emotional viewpoint is important. Doing this will help us craft specific emotional affect in our players and create experiences that are more pinpoint in their emotive design.