A Matter of Perspective

Why do 3rd person games feel more immersive than 1st person games? I am fully willing to accept that the answer to that question is that they aren’t and it is only me who thinks so but I really do feel like part of the world in 3rd person games while simply a walking camera in 1st person games. One point that I’m going to make clear from the start is that I am writing with primarily 1st person shooters and 3rd person action games in mind. I am focusing on these specific genres because, as far as I can tell, they dominate these respective camera perspectives by a wide margin.  More than a Walking Gun At first glance, one would assume that 1st person games must be more immersive by their nature. If the player is looking through the eyes of the character they are playing as then they are much more likely to feel like they are personally doing the things within the game. I would agree with that assumption while still arguing that 3rd person games are more immersive because the zoomed out perspective allows the developers to really breathe life into a character rather than provide a husk for a player to inhabit. 1st person shooters are first and foremost about shooting things, when the player is doing that then there really is no comparison and 1st person games are the more immersive. However, even in shooters there is a significant portion of time during the game where the player isn’t shooting things. While reloading, while progressing through the level, while talking to other characters in the story, and just to stop shooting from becoming monotonous players must stop firing. Games where the player doesn’t stop firing would be shooting gallery type games which are considered to be overly simple and would often be called minigames. Shooting is a fun and engaging mechanic that has been the pillar which holds up an entire genre but it can’t carry a game all on its own. Where 1st person games excel in that single core action, 3rd person games bring a much more constant level of engagement and immersion to the table with their wider variety of actions for the player to take. As humans with bodies, people can do many things which is why the level of immersion falls so much in shooters once the player is forced to stop shooting. In reality as well as in games, while shooting a gun the only relevant actions for a person to take are looking and pulling the trigger. While not firing a gun, however, a human becomes much more aware of everything around them and the number of actions they can take skyrockets with the use of their whole body and the ability to interpret the world more than what to shoot at. In contrast, in a first person game the number of actions a player can take while not shooting is about on par with what they can do while shooting. The player can press a button so that the character does something off screen with their arm so more bullets will be available in the gun, they can hold a direction to move but there is little thought or real action involved in doing so, and occasionally they can initiate some kind of interaction with another character or an object. Humans can interact with the world in only five ways. Currently there isn’t a good way for games to include smells or tastes for players to experience and sight and hearing are what both 1st and 3rd person games really use to put the player in the game. Feeling is the place where 3rd person games provide something that first person games do not. Even at their most immersive, while firing a gun, shooters don’t have any way for the player to experience everything about that action. The many subtleties involved in controlling the recoil, handling ammo to reload, and the weight of the gun and every other piece of equipment the character is holding are things that developers are simply not able to convey to the player. What 1st person shooters end up feeling like as a player is: a moving camera which allows the player to see and hear everything almost as if they were actually there and a gun model to aim and fire at (usually) human shaped obstacles. For the sake of having a narrative, most shooters do everything they can to imply that there is a person holding the gun but are unable to give the player the feeling of having a body. 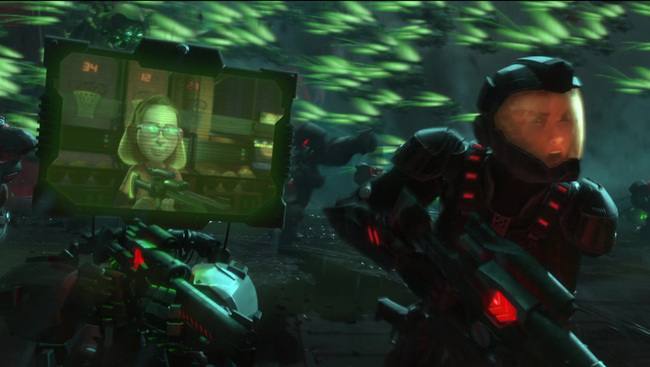 Less than a Sword Swinging Hero “3rd person games can’t make a player feel like they are cleaving through orcs any more than  1st person games can make a player feel like they are headshotting noobs though,” you might contend. You would be right in doing so as well, 3rd person games cannot literally engage a player’s sense of touch to make them feel like they are in the world any more than 1st person games can. 3rd person games have a trick though, a trick that makes players think they are a sword swinging warrior. The trick is that players can see the character moving. The player is forced to lose the sense that they are personally in the world in favor of taking on the persona of the character which they are inhabiting. They have the sense that they are controlling every action which that character makes and because the actions in games are so big and exaggerated the player is able to relate to them. That is not to say that most players will know exactly what it feels like to swing a handcrafted sword around but they can approximate what it feels like to swing their bodies around just like the character does while holding something heavy. The average person has a much closer reference point to swinging a melee weapon than they do to firing a gun. Even a person who has actually used guns before will probably not be able to recall all of the tiny details involved and use them as reference while playing a shooter. 3rd person games trick the player into feeling that they are in control of the character’s actions more than they actually are by using the animations to make the player associate their own actions with the character’s and imagine they are doing those things themselves. For a player to feel like they are a character who belongs in a world and which they are constantly seeing and controlling is far more immersive than to ask them to constantly remember or project themselves onto the person who is supposed to be behind the gun. 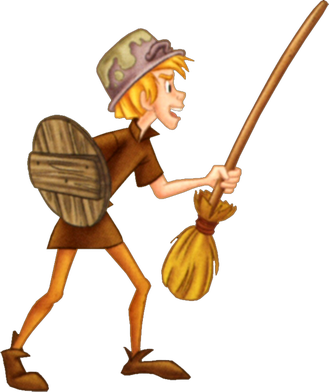 I wouldn’t describe immersion as just how well a game stimulates the player’s senses but rather how effective it is at convincing the player that they are in the game. Engaging the senses is a huge step towards immersion but the sense of belonging and narrative that come along with seeing yourself as a character in the game and not an outsider who is just there for the ride are more factors that work in the favor of 3rd person games. 1st person games are fun, there is no doubt about that, they wouldn’t have help up such a successful genre for so long if they weren’t. But with the current level of technology I think that if a developer is aiming for immersion and wants to let the player really experience the game then a 1st person perspective inhibits that effort by focusing too much on a single action the player can take.