A FISTFUL OF DOLLARS OR EREPUBLIK CITIZENS IN DANGER OF EXTINCTION

Imagine you live in a country that commodity prices, political and economical rules changes every day. Today price of an apple is a dollar, another day it may be 2 or half a dollar.
Alireza Yarmohamadi
Blogger
May 06, 2014

Imagine you live in a country that commodity prices, political and economical rules changes every day. Today price of an apple is a dollar, another day it may be 2 or half a dollar. Imagine in this country importing iron is legal for a month and next month it’s illegal. Who can start an economical plan in this country?

eRepublik as a Persistent Browser-Based Game (I explained the meaning of the PBBG in my previous article), is been played by the players who want to continue the game professionally with a plan. Patience and daily work and train with no fighting, collecting CC and Gold bit by bit and slowly upgrading training grounds or companies is the long-term plan for professional players. For example my plan is to only train for next 350 days and have highest strength in Div 1. At the same time imagine one night eRepublik designers decide to change the basic structure of the game. They maybe decide to bring down worthiness of manufacturing or decrease the relative importance of strength and Gold. In the first case a player who worked hard to create a level 7 company, may find his effort useless. And in the second case a player, who tried hard and waited to increase his strength, may find him/herself ineffective.

Stability is extremely important in PBBG. Lack of economical-political stability in a virtual society can cause terrible effects on old players of the game.
With a look at new changes in eRepublik (Guerrilla fight) this lack of stability will be noted. With Guerrilla fight importance of Gold in military module is increased and for sure importance of strength is decreased. There’s a simple explanation for this. The relation between military and economic system was buying Q 7 weapons and rocket packs (which are more important with the ability of making them twice a day), and buying energy bars which is happening rarely. All fighters used these factors and all conditions were equal for all of the players and all that mattered was strength.

But now with the Guerrilla fight Gold is what matters. Buying grenades and sniper guns with Gold, has decreased the importance of the strength, and it increased importance of economics. Fighters who were counting on their strength, now with these changes find their efforts worthless. This change in military system is costly for all of the fighters and maybe in next months they’ll feel it’s negative effect more than today. 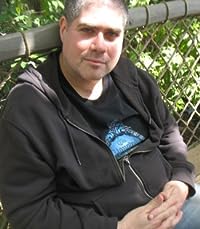 Scot Rogers in a note points an important issue: a good game designer is the one who with small changes in the game creates the best attraction in an idea.

It’s like giving a pen and a paper to two persons and asking them to create a game. One of them creates XO and the other paints two pictures with a little difference between them, and wants the player to find the differences. Both of them created a game with a pen and a paper. But it’s obvious that the XO is designed with minimum rules, changes and tools. And two picture game is designed with maximum time and tools.

With a little changes in military module eRepublik designers could create the highest amount of attraction. But they created Guerrilla fight which changed the whole military system. It was costly for the development team. Graphical designing, programming, tests and in the end educating this new and complicated feature to the players, is what I call costly for the development team. While they could slowly with better changes on the same military module add more attraction to it; attraction that doesn’t change basic principles of the game.

With all these descriptions, similar mistakes by the development team can bring danger of extinction for the eRepublik citizens. A danger that is a risk to all that eRepublik funded in all these years.

There are two kinds of payment systems in online games. First kind is to asking for money to start the game. For playing O-Game, after trial days, the players have to pay a monthly price for continuing the game. Also it’s the same in games like World of Warcraft.

The other kind of making money in a game is to sell products in the game. In Tribal wars these features are management tools for more control in the game. Normally managing a hundred villages is so difficult. But with these managing tools and paying money players can manage them better. The players pay money to buy time and nothing more.
But in other games like Travian, eRepublik, The West or AsmandeZ, players directly buy in-game products. Raw materials, in-game Gold etc… This system isn’t so much fun for the players who don’t pay.

It’s like a king creates summer games in his lands and his son is also in the games. He’ll make the game rules bend for his son to win it no some peasants!
Manager of Blue Bite Company, Eric Simon, in a workshop in 4th international digital media festival in Tehran, said a quote about this point. He said in the online games who their payment system is the second type, free playing gamers are gimcracks for the gamers who pay! In fact they are extras. Son of the king can’t play alone. He enjoys the game more if he has more rivals. But these rivals never can beat him.

This rule fits in every online game. But it’s the art of the game designer to sweeten this bitterness for free players. Free players shouldn’t find out about being extras for some super stars that pay for the game.

Keeping this balance to encourage the players for buying Gold and not creating bitterness for the free players is a duty for game designers.
The last point in this article is about gold mines. It’s obvious that this update was in favor of powerful countries. The treasury of these countries became full of Gold more than before. This is the most unfair move in the world of online games. Of course it created competition and more wars and more income for eRepublik team. But its price was creating more distance between powerful and weaker countries and decreasing moral of the players in many weaker countries.

Unfortunately eRepublik is in a wrong path and solving these new difficulties with the old ones is a hard task for development team and designers of the game.

My recommendation is reinforcement for eRepublik design team to create an incredible game like its first version.